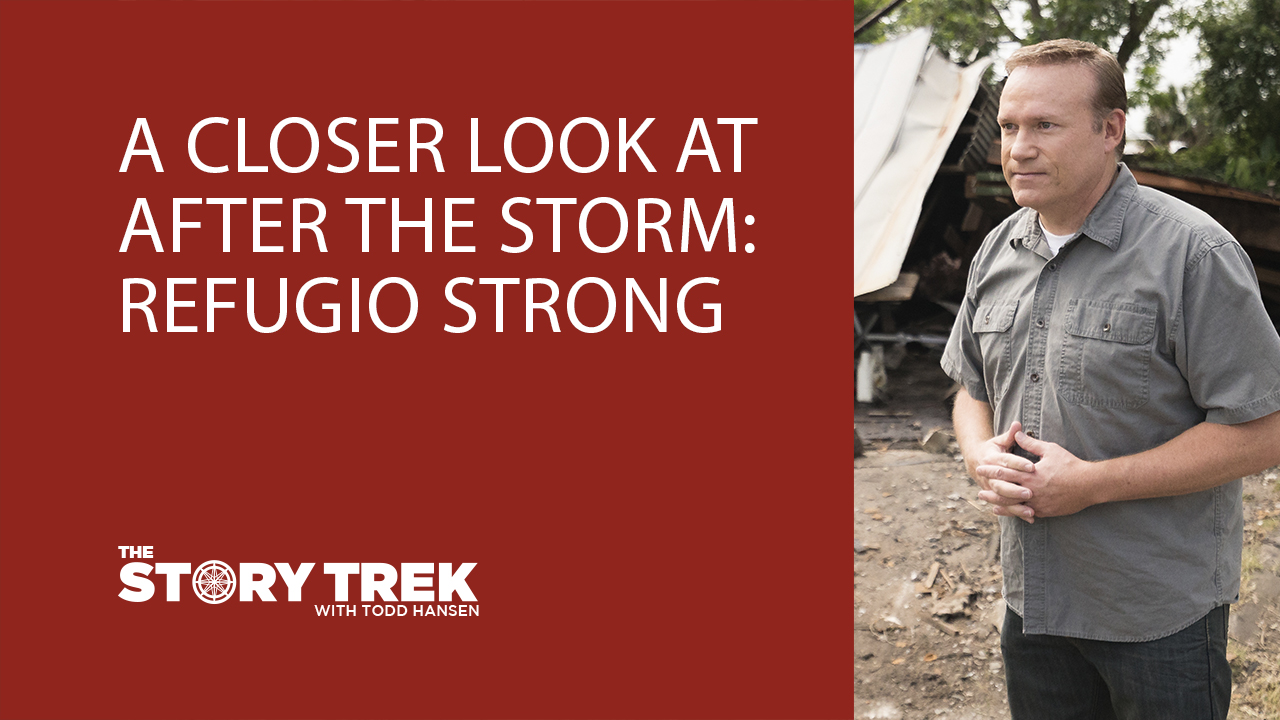 STORY TREK: A CLOSER LOOK AT "AFTER THE STORM: REFUGIO STRONG"

We were able to get some details from Todd Hansen on the making of last night's episode,"After The Storm: Refugio Strong." Continue reading to find out about some of the struggles they faced in this episode, why he revisited Refugio, and how you can help the victims of Hurricane Harvey.

BYUtv: What made you go back to Refugio, Texas?

Todd: When I saw the path of the hurricane I pulled up the map of Texas on the computer and saw that it was headed right for the little town of Refugio where I did an episode several years ago. I feared for the people of the town and those people I interviewed.

Fortunately, there were no lives lost, but the town took a direct hit. I knew I had to go back and see how everyone was doing. 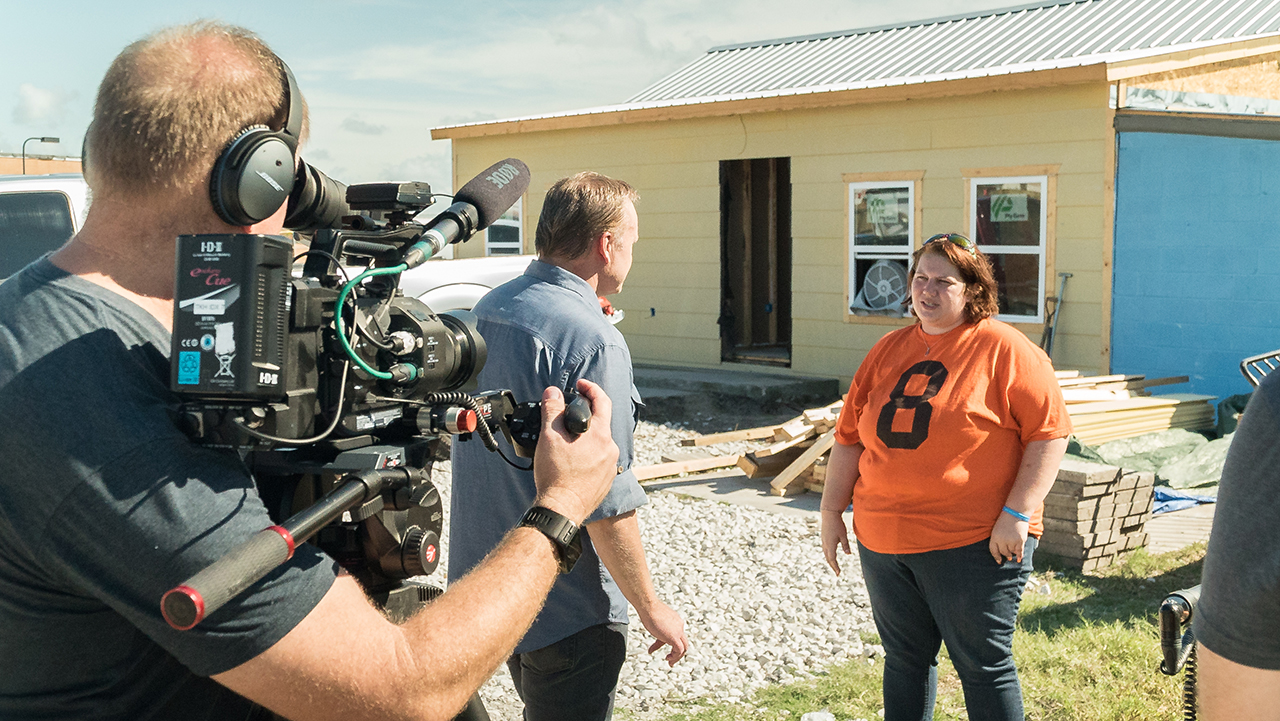 BYUtv: Tell us about your experience going back to Refugio, TX.

Todd: Refugio, Texas is a special place. I honestly thought I would never return. It is like so many tiny little towns I visit all across America. I roll into town and do an episode and assume I will never be back. As I was watching the path of hurricane Harvey I knew I had to go back and see how the people of Refugio were dealing with such a terrible disaster. I met incredible people the first time I went to town and was able to track them down and see what good they are doing to help each other rebuild. The Refugio episode is full of powerful stories.

BYUtv: What were some challenges you faced in this episode?

Todd: The challenge of doing an episode in an area hit by a hurricane is finding anywhere to stay. I anticipated anything from buying a large tent to renting an RV.

I ended up finding a hotel that was a 45-minute drive away from town. But with the help of Refugio’s mayor, our producer secured a hotel that was right in town and mostly recovered from the hurricane. We were thankful not to make the long drive after each long day. 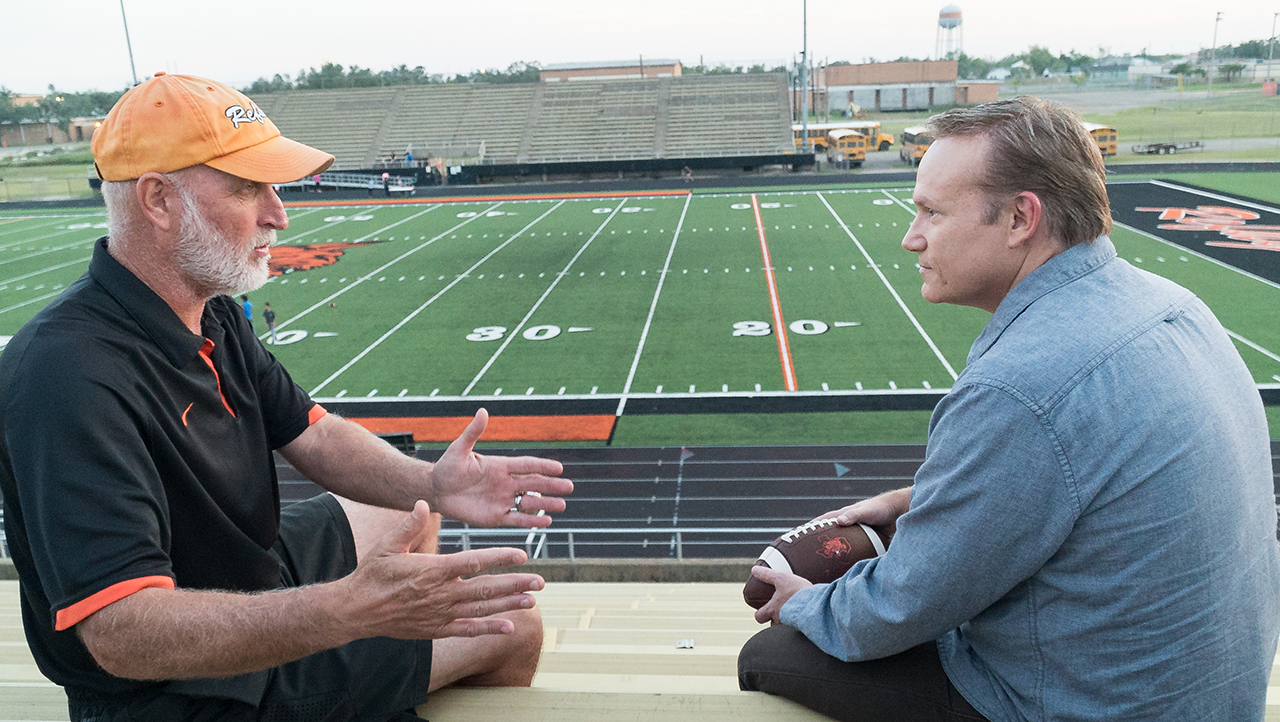 What you didn’t see in the episode was that Coach Herring once again lead the Bobcats to the state championship game. Unfortunately, they fell short in the last game of the season, but what he did for the town is so much bigger than a football game. Coach Herring is rebuilding not just homes, but he is rebuilding lives. As we showed in the first Refugio episode he was doing that even without a disaster.

BYUtv: Were there any mishaps in the making of this episode?

Todd: An added twist to the episode occurred when we learned that one of Coach Herring’s players was paralyzed a few games into the season. First, they had to deal with a hurricane and then a star player is injured in a game and is paralyzed from the waist down.

Casey Henderson was a defensive back for Coach Herring. After surgery to repair his crushed neck he was in a hospital in San Antonio.

With our small crew and limited time we were stretched pretty thin while in Texas. The hospital was a two and a half hour drive from the small town and our schedule was tight. But I felt an interview with Casey was an important part of the episode if his family would agree.

The family agreed, so we made plans to leave part of the crew in Refugio and I would take the rest of the crew to San Antonio. We had just enough time to make it—until we got a flat tire on the interstate. Camera, sound, and host turned into Indy Pit Crew as our producer Troy contacted the family and the hospital’s public affairs department.

Fortunately, the family was okay with us being late and we got an outstanding interview with an incredible young man. His recovery has been miraculous. Seeing the video of Casey walk on the field at the football game was amazing!

We also made it to a tire store just as they were closing and they helped us get a full-size tire on the car for the ride back to the hotel. 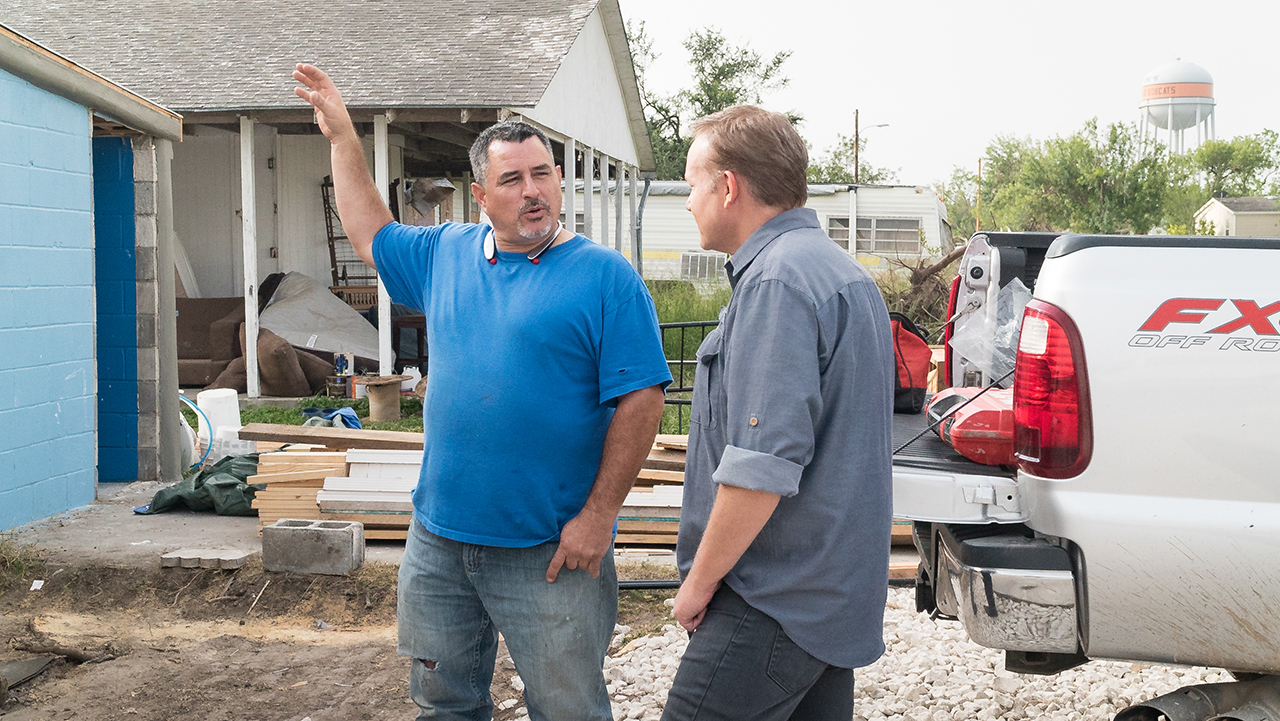 HOW YOU CAN HELP THE VICTIMS OF HURRICANE HARVEY

Todd: These two episodes had a huge image on the crew and me. We hope viewers will visit the links at www.byutv.org/harveyrelief and look for an opportunity to help those who are still suffering.