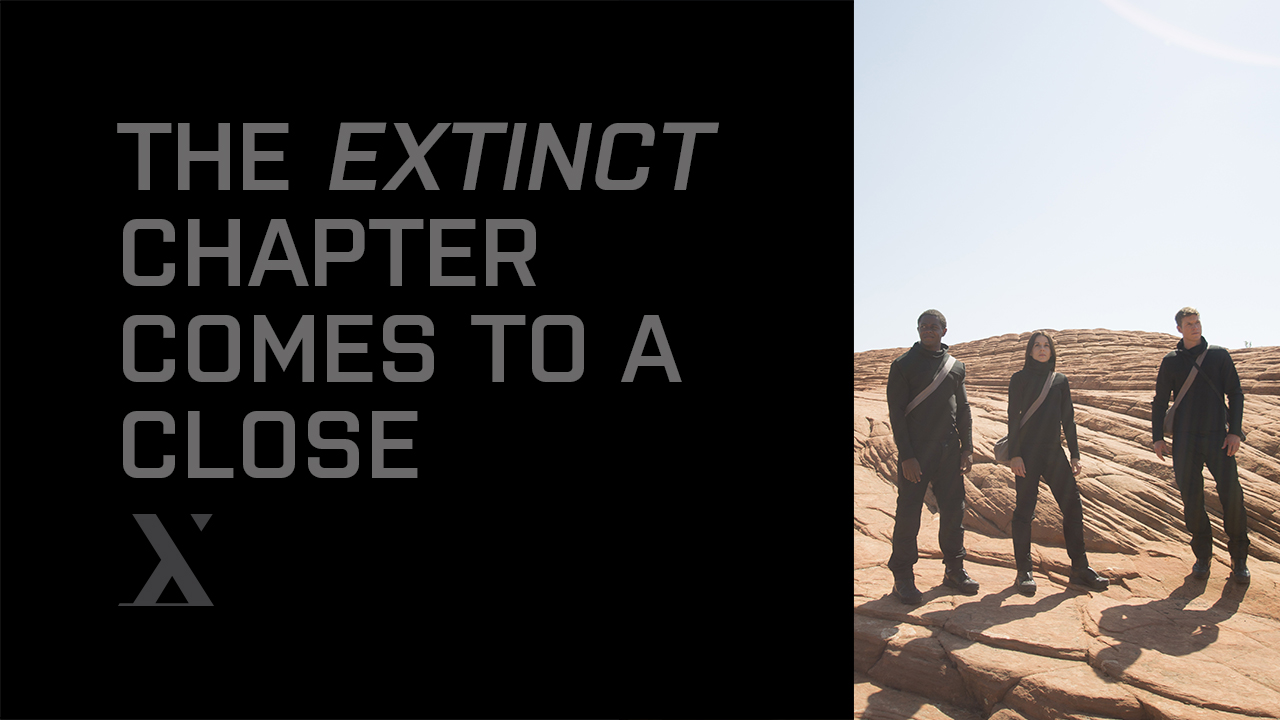 The BYUtv original scripted sci-fi series, Extinct, will not be renewed for a second season

Since the season finale in November, many of you have inquired about a second season of Extinct. This is a decision we have carefully considered since this breakout series launched earlier last year. As with any program or series on BYUtv, decisions like this are difficult, and never made without considerable analysis. After much discussion and debate, we have decided to not renew Extinct for a second season.

We recognize many of you will be disappointed to hear this. Like you, we understand the feelings when a beloved show is canceled. Unfortunately, the approval and cancelation cycle is part of the ebb and flow of any television network. But we wanted you to understand why we reached this decision. Unlike most networks who make renewal decisions based solely on audience size and the resulting financial impact of those ratings, we as a non-profit, cause-based network have the luxury of using broader, more qualitative data points. For example, we weigh the content and message of the series itself, its resonance with fans, its uniqueness in the TV landscape, and ultimately its ability to live up to our strategic aims as a content source that connects with families.

To be sure, Extinct was a bold experiment into this genre for BYUtv. And we were proud to bring this series to you. We’re grateful to our talented production partners on Extinct including GoFilms, Taleswapper, Orson Scott Card, and the remarkable cast and tireless crew of the series. Most of all, we appreciate you—the passionate fans of the show. While the Extinct chapter may be ending, the good news is that BYUtv is more committed than ever to producing unique, innovative, and purposeful stories that families can watch together.

Thank you again for your loyalty and trust as a viewer. And please stay tuned as we pledge to bring you even more world-class television for families in 2018 and beyond.