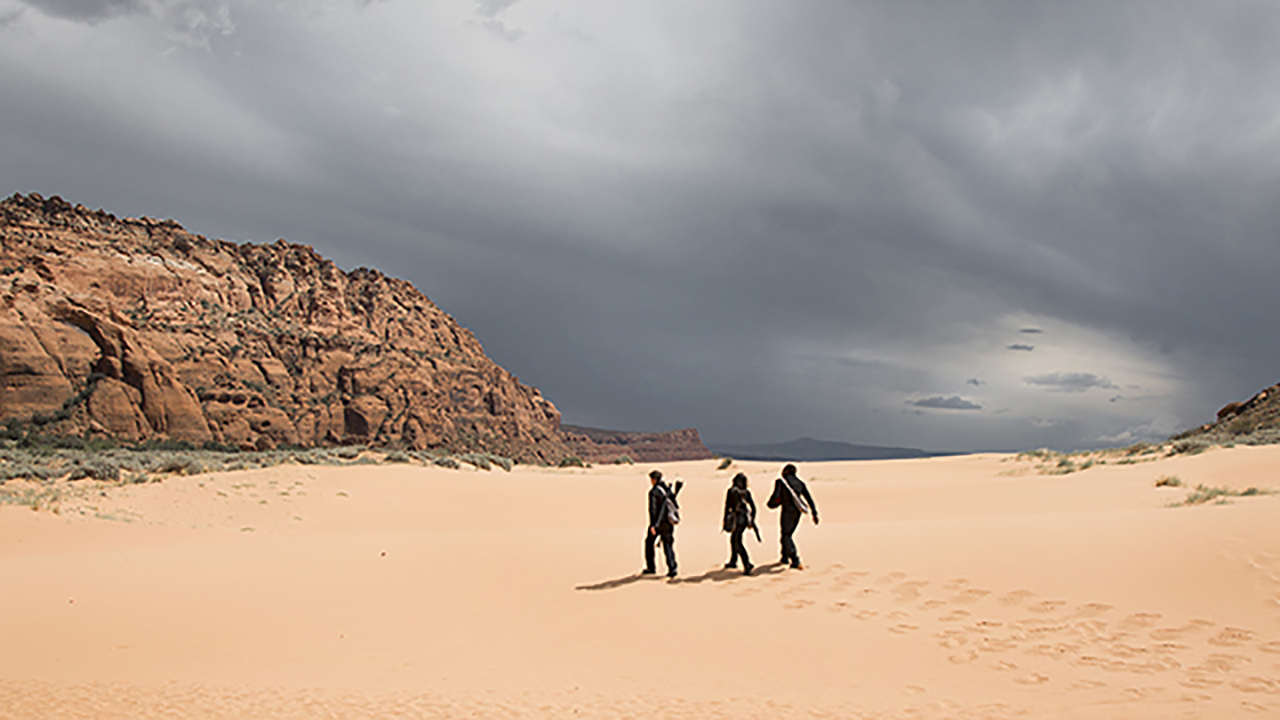 BYUtv is thrilled to announce its latest and greatest new venture: an original sci-fi saga premiering on the network in early 2017.

Four hundred years after the extinction of the human race, an alien civilization has regenerated a small group of humans on Earth—but why? Featuring the collaboration of author Orson Scott Card, BYUtv’s newest scripted drama, Extinct, explores a riveting new world characterized by extraterrestrial species, advanced technologies, and humankind’s enduring search for meaning and purpose.

The first season will follow the journey of Ezra, Feena, and Abram—individuals from different walks of life who find themselves mysteriously reborn centuries into the future. They must struggle to understand the aliens and their technology and learn to cooperate with each other. Above all, they each face the task of overcoming their past lives and finding their place in a strange new world. 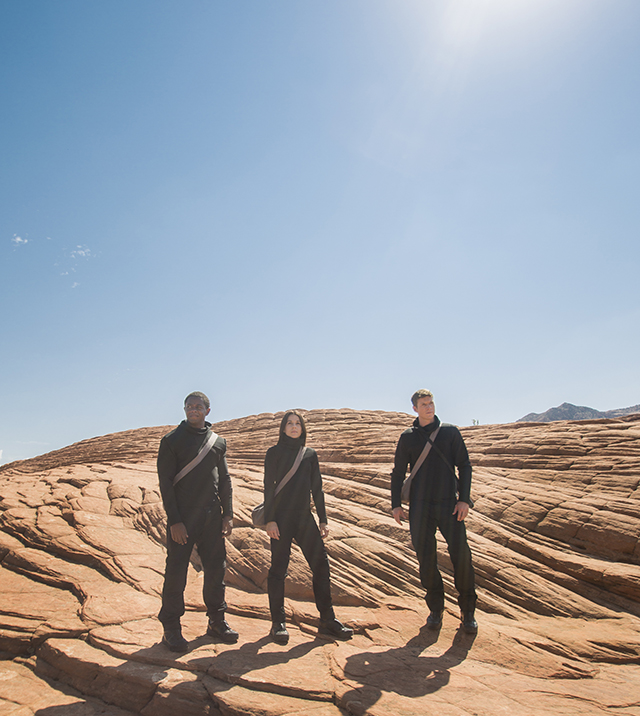 Stay tuned for the premiere of Extinct on BYUtv in the spring of 2017, and find out more about the series in an exclusive report by Variety.com. You can also follow Extinct on social media for new details in the coming months—Extinct Facebook Page, Extinct Instagram, and Extinct Twitter.

The 10-episode, action-packed sci-fi series takes place 400 years after the extinction of the human race and follows a small group of humans who are revived by an alien civilization. The aliens claim they want to restore the human species, but the reborn humans uncover new dangers, hidden agendas and powerful secrets that challenge that claim and threaten to annihilate the human race all over again.

“We are pleased to debut a sci-fi thriller created exclusively for BYUtv by one of the most awarded and bestselling authors – Orson Scott Card,” said Derek Marquis, managing director of BYUtv. “Following the incredible response to our first scripted drama, Granite Flats, we are bringing a powerful apocalyptic story to life, written by two of the strongest writers in the world of speculative fiction, and directed and produced by top independent filmmakers.”

Extinct carries the colony of revived humans through struggles with the aliens who extinguished humankind centuries before — while trying to understand and get along with the mysterious aliens who revived them. Nothing is as it seems to be, and if they aren't careful, courageous, and unified, they'll find themselves under the control of one group or the other.

Orson Scott Card is the author of the novels Ender's Game and its sequels, Speaker for the Dead and Ender's Shadow. Two of these books, Ender's Game and Speaker for the Dead, have been awarded both the Hugo and the Nebula Awards for Best Novel. Ender’s Game was No. 1 on the New York Times' Best Sellers List of Paperback Mass-Market Fiction for eight weeks in 2013. The book has been recommended reading for U.S. Military personnel and was the basis for the science fiction action film Ender’s Game, which Card co-produced, and stared Asa Butterfield along with Harrison Ford, Viola Davis and Ben Kingsley. Card is currently the professor of writing and literature at Southern Virginia University.

Aaron Johnston is a co-creator of Extinct, along with Orson Scott Card, and wrote the pilot episode. He is a New York Times bestselling author, comics writer and film producer. He co-wrote the novels Earth Unaware, Earth Afire, Earth Awakens, The Swarm, Invasive Procedures, and the other forthcoming Formic Wars novels. He was also an associate producer on the movie Ender’s Game.

Actor Chad Michael Collins has been cast as the lead character, Ezra, and is best known for his work in the feature film Sniper series (Sniper: Reloaded, Legacy and Ghost Shooter). He has also appeared in films and TV shows including Room 33, Lake Placid 2, CSI: Miami, New Orleans and New York, NCSI, Once Upon a Time, 2 Broke Girls, Major Crimes, 90210 and Last Resort. Collins is slated to star in the upcoming feature film, Howlers, alongside Sean Patrick Flanery and new TV show, Freakish.

Director Ryan Little, is a Canadian-born cinematographer who along with producing partner Adam Abel has won 16 “Best Picture” awards on the film festival circuit, including two nominations for the Independent Spirit awards. Some of his films include Saints and Soldiers, Saints and Soldiers: Airborne Creed and Saints and Soldiers: The Void and Forever Strong. In 2013, Little also directed two episodes of BYUtv’s first original scripted drama series, Granite Flats.

Producer Adam Abel started his career at Paramount Pictures before founding Go Films in 2002 with Ryan Little. In 2016, he produced the documentary film, The Journey Home, which chronicled the experiences of Vietnam Veterans as they returned home from the war and featured interviews with actor Jon Voight, and Medal of Honor Recipient Sammy Davis, amongst others. Abel worked with BYUtv in 2015 as a producer on Joan of Arc.

BYUtv’s original programming slate includes the critically-acclaimed drama series Granite Flats starring Christopher Lloyd, Cary Elwes, Parker Posey and George Newbern; the long-running, viral sensation and sketch comedy series Studio C; and the recently renewed series, Relative Race, the first family-history based competitive reality show that follows four couples as they meet relatives linked by DNA for the first time in a race across the States; and Random Acts, an unscripted hidden-camera reality show that highlights the altruistic nature of human beings by featuring real people who are the recipients of random acts of kindness. BYUtv is available in every state of the country via cable, satellite and multiple digital media platforms including byutv.org and on all of BYUtv's digital platforms, including Roku, Xbox360, Amazon FireTV, iOS and Android.

Owned by Brigham Young University and based in Provo, Utah, BYUtv is a groundbreaking High Definition cable television network that has created a breadth of original “see the good in the world” programming that fills a void in entertainment the entire family can enjoy together, including sketch comedy, scripted, history, music and documentary offerings. The cable television network continues to build steady momentum, drawing new viewers to its shows from every state of the country. The non-commercial station is available in more than 65 million households in every state of the country on Dish Network, DirecTV and over 800 cable systems, and offers approximately 1,000 hours of original programming annually, including 500 hours of live HD collegiate sports.