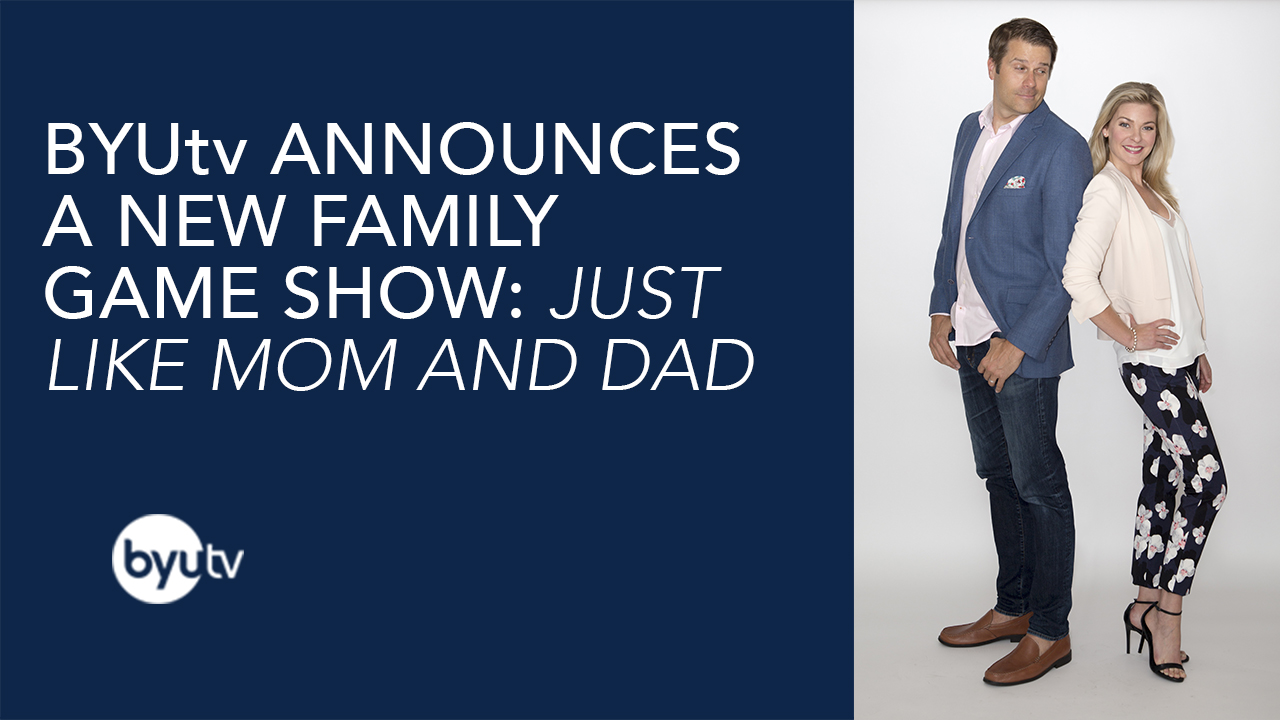 With its fun challenges, prizes, and hosts, it's a show the whole family will love!

A Look Into The Show 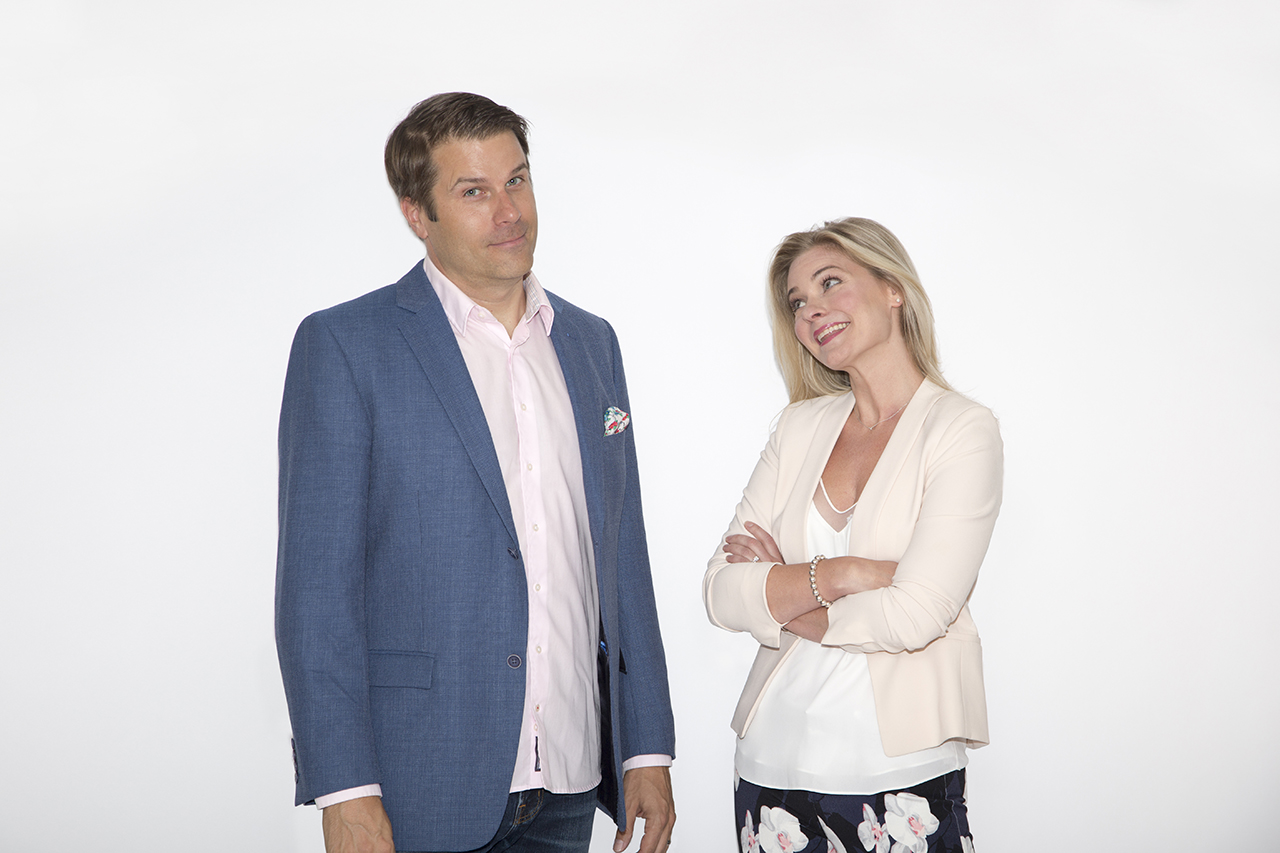 Meet co-hosts and married couple, Kylee and Sandy! We asked them a few questions about Just Like Mom and Dad - check out what they had to say!

Explain the premise of the show. How does it work? How do you win? What do you win?

Kylee: Just Like Mom And Dad is a show about families! Kids and their parents try to see how well they know each other by trying to match the answer each other previously gave. There are two rounds of questions worth a possible 50 points and then everyone’s favorite round, the bakeoff, worth 50 points. The pair with the most points at the end of game play gets to spin the prize wheel where they can win incredible prizes like free ice cream for a year, 200 movies for the whole family or an all inclusive vacation! There are 11 prizes in total and all of them are amazing!

How is it working with your spouse?

Sandy: A living nightmare. Just a joke, people! It’s actually a total blast. We dreamt of doing a game show together since the night that we first met, and now here it is. 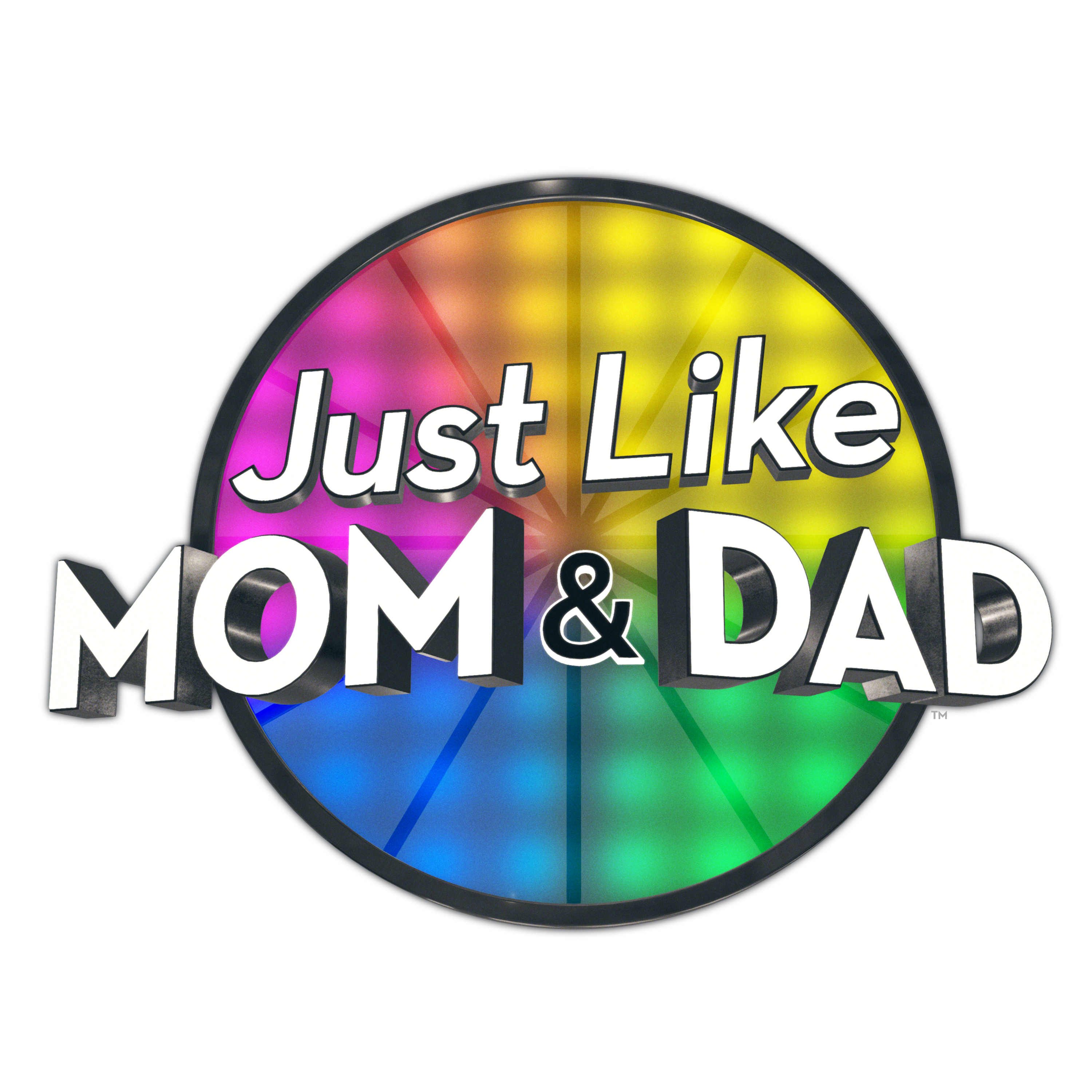 Three parent/kid pairs quizzed about their knowledge of each other, followed by kids in a bake-off with parents’ taste testing, premieres in January 2018.

November 17, 2017, Provo, Utah – BYUtv today announced plans to co-produce a new, game show titled Just Like Mom and Dad. Produced in association with marblemedia and YES TV in Canada and BYUtv in the U.S., the 20-episode primetime family game show celebrates modern, diverse families and proves how much fun families can have together and will premiere across the United States on January 8, 2018 at 8pm ET/6pm MT.

Just Like Mom and Dad will be hosted by husband and wife duo and family entertainment veterans, Sandy Jobin-Bevans and Kylee Evans. Sandy, a nine-time Canadian Comedy Award winner and Kylee, an actress, appeared on YTV/Nickelodeon’s hit sitcom Life With Boys, where Sandy played the loving, single father and Kylee played their neighbor. Sandy was also the co-host of the hidden camera game show, Deal With It and Kylee is known for her recurring roles in Good Witch and The Stanley Dynamic.

“BYUtv is pleased to present our first game show, Just Like Mom and Dad, with our partner, marblemedia, and to expand our portfolio of innovative reality TV-based programming,” said Michael Dunn, managing director of BYUtv. “Both BYUtv and marblemedia are committed to providing quality, family entertainment content for viewers throughout North America and around the world and we look for to co-producing and distributing this content across our network. Few shows today capture parents spending time with their young kids in a reality-TV setting and we are excited to explore the possibilities of this genre and scenario.”

Shot in Toronto before a live, energetic studio audience on a bright set filled with giant moving video screens and a bigger prize wheel, each episode will feature three parent/kid pairs. The game starts with two interactive question-answer based rounds where parents and kids will be quizzed about their knowledge of each other. The third and final round will be an exciting bake-off in a new, state of the art kitchen coliseum, but in this kitchen the kids are in charge and the parents are the taste-testers. Additionally, marblemedia will be releasing digital media components, produced in-house by marblemedia Interactive, to support the Just Like Mom and Dad series, including a mobile App.

Just Like Mom and Dad builds on the reality-based game show format beloved by audiences across North American TV. The series reimagines the parent/child format popularized by the original Canadian series Just like Mom, which ran more than 600 episodes over five seasons from 1980 to 1985 on CTV, and many years later in syndication. Producers for the new series include Jim Bell from BYUtv, Mark Bishop, Matt Hornburg, Steve Sloan, Stephen Turnbull from marblemedia, alongside Rob Sheppard for YES TV and Adam Ivers from Omnicom’s Highway Entertainment.

BYUtv’s original programming slate includes the long-running sketch comedy series Studio C, which has an extraordinary following of over 1.6 million subscribers and over 1 billion views on YouTube; Relative Race, the first family-history based competitive reality show that follows four couples as they meet relatives linked by DNA for the first time in a race across the States; Random Acts, an unscripted hidden-camera reality show that highlights the altruistic nature of human beings by featuring real people who are the recipients of random acts of kindness; and the new SciFi series Extinct. BYUtv content is available in every state of the country via cable, satellite and on-demand on multiple digital platforms, including byutv.org, Apple TV, Roku, Amazon Fire, Chromecast, Xbox One, Windows Media and digital apps for iOS and Android.