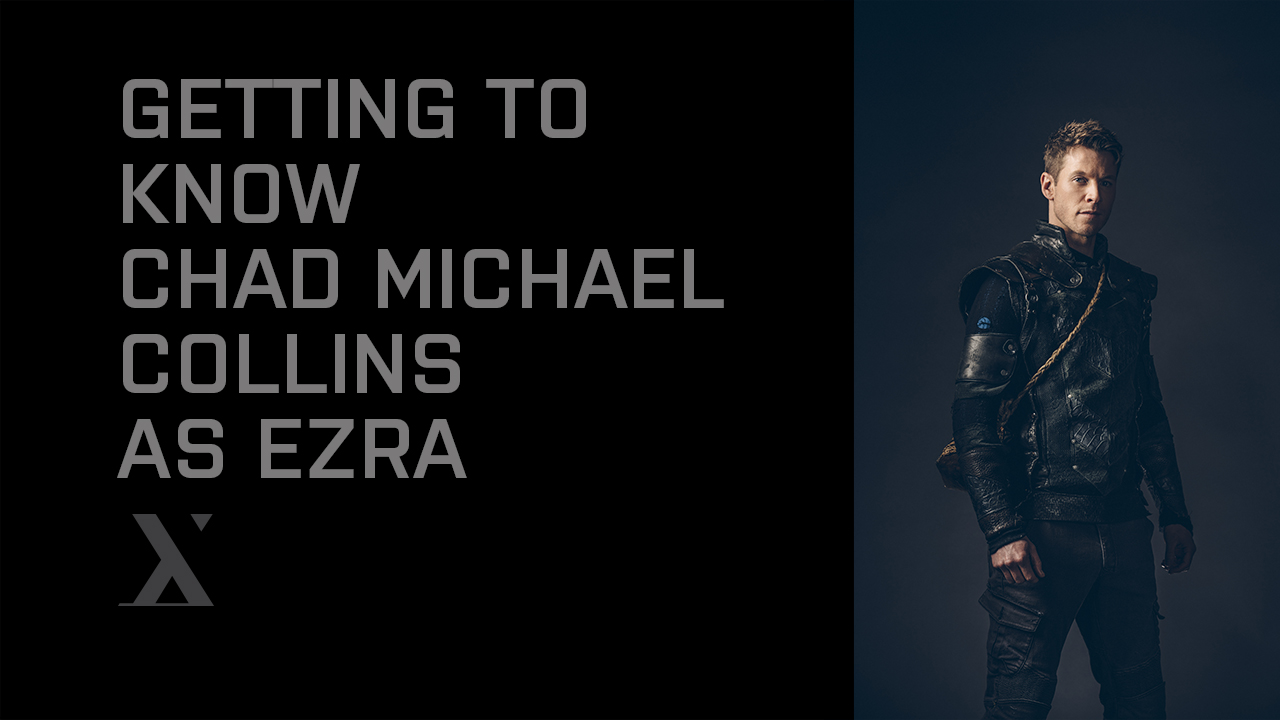 Extinct premieres this weekend, and to celebrate we are going to introduce you to Chad Michael Collins who brought Extinct's Ezra to life.

BYUtv: Chad, introduce us to your character Ezra.

Chad: I'd describe Ezra as an alpha male with a soft hand. He's a family-first type of guy, and that makes him a fierce protector of those he cares about. He's resourceful and capable, which makes him a natural leader. He's also full of conviction, with a strong sense of right and wrong, and at times this makes him a little impulsive and headstrong. I think Ezra would be the first person to tell you that he's not perfect, so he's probably had some practice owning his mistakes and offering some apologies!

BYUtv: What makes you and Ezra similar?

Chad: I think Ezra and I share a moral compass that points to true north. We know what's important to us in life, and for better or worse we don't let very much stand in the way of that. We both have an appreciation and respect for justice, although I may be the only one in this comparison who is a nerd for knights and chivalry!

BYUtv: What makes you and Ezra different?

Chad: I think that while Ezra and I are both clear on our values and what is most important to us at all times, I think our approaches are different. While he is going to rush forward to them in a direct, straight line, these days I'm probably more of a path-of-least-resistance type of guy. I go with the flow, and I'm not so keen on pushing against things and obstacles. Instead, I like to find creative ways to move forward, preferring adaptability and flexibility over blunt force. I'm all about creative solutions to things, so maybe I'm personally more similar to Abram in this way!

Chad: When I first read the initial script, the Ezra character reminded me of the lead actor on The Walking Dead, Andrew Lincoln. He plays Rick Grimes, a southern sheriff who is shot on the job and wakes up from intensive care to find that there has been a zombie apocalypse. Ezra felt like a Rick Grimes-lite in the way that they have a code of honor and are fiercely protective of their loved ones, which is the driving force behind both characters. And because that instinct is so strong, it causes them both to make choices that are sometimes good for the whole, while other times are very biased and self-serving. 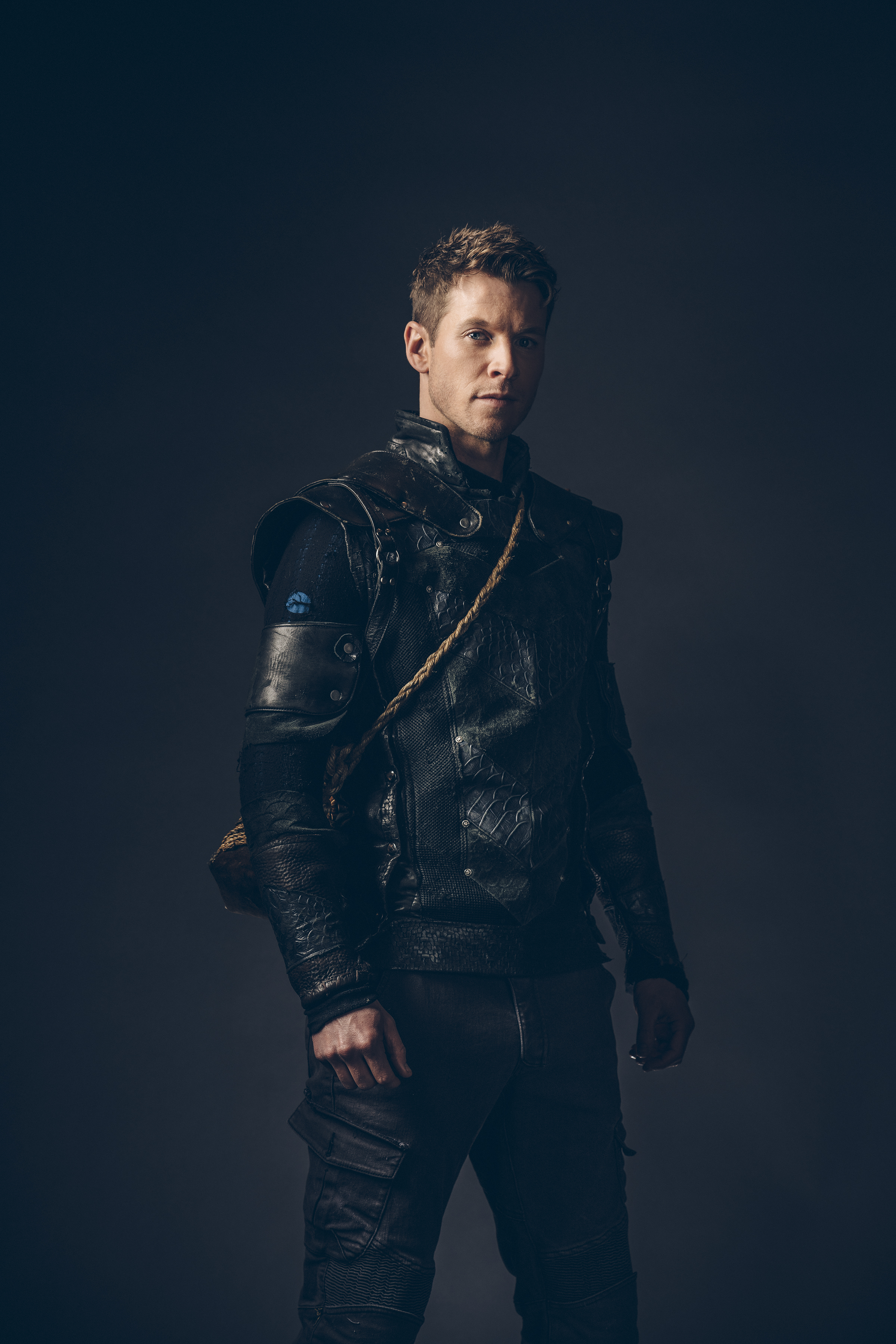 BYUtv: If you had to describe Ezra in one word, what would it be?

Chad: In the first/pilot episode, as the three newly "reborn" humans explore their desert surroundings for the first time, there's a scene where we come across a pile of half-buried, rusty old car parts. It's a great scene early on in the show where we first start to piece together that we are not in a time and place from our past, but instead 400 years in the future. We are barefoot, and I made the decision to really inspect and handle these pieces of scrap. Which turned out to be a mistake, as each time I handled a piece I found a way to cut myself. It was absurd - it was almost like I instinctively knew where to find the sharpest, most dangerous edges. I ended up puncturing myself three times in the 45 minutes it took to film the scene, which we all got a good laugh out of. It became a running joke throughout the season - "don't let Ezra touch the metal!"

Chad: The bow and arrow Ezra uses was a complete surprise to me - I didn't know that it would be his weapon of choice. It was also a mini feat-of-strength accomplishment every single time I had to fire it. I learned the hard way the difference between a traditional longbow [that Ezra uses] and the smaller recurve bow a lot of other actors use. One is like trying to bend a small tree to your will; the other is like plucking a rubber band. But, to pat myself on the back a little bit, I was able to actually hit a lot of the targets I was aiming for, despite having to use every bit of strength I had to draw the string back! 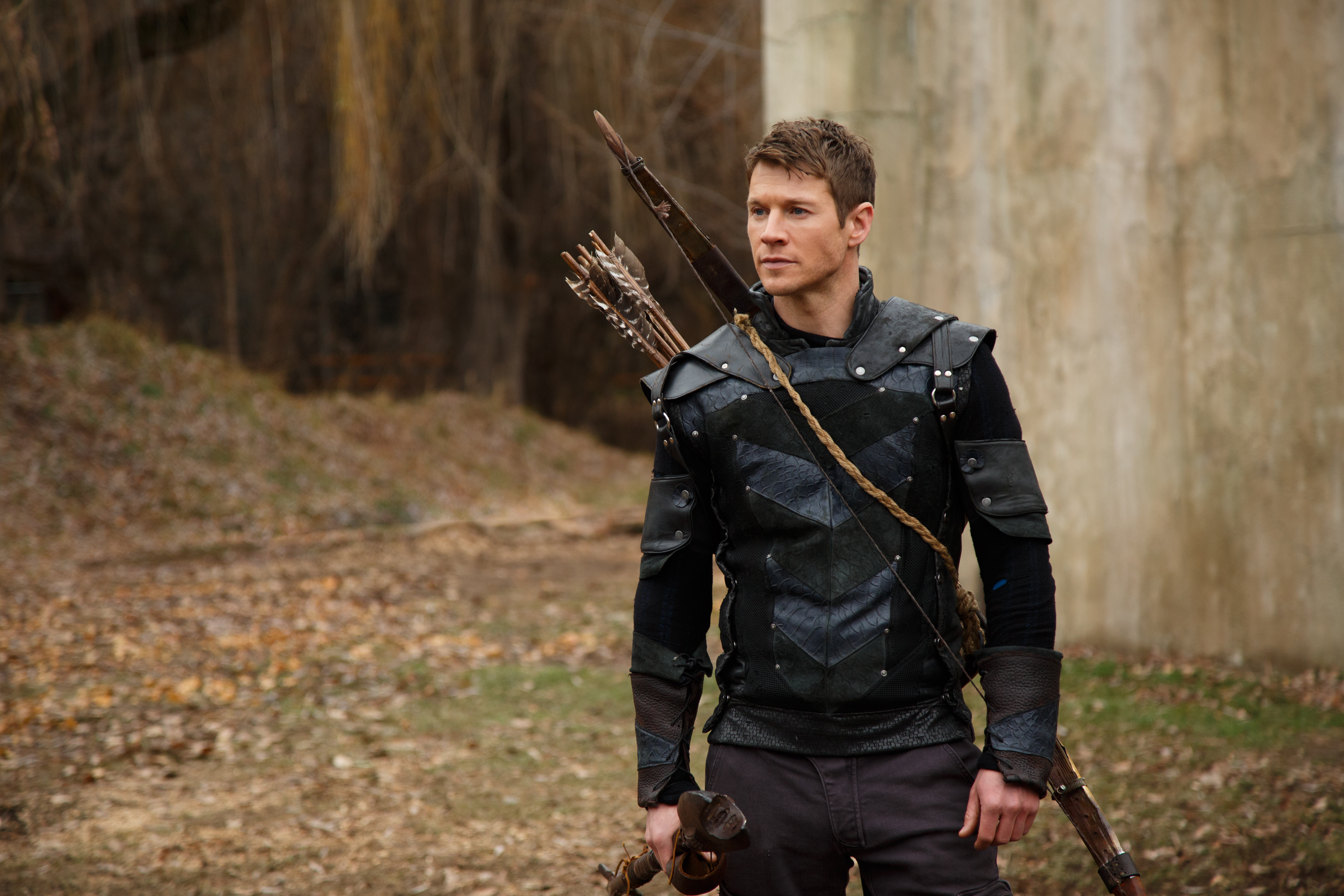 Now that you know Chad, and his character Ezra, make sure you watch Extinct this weekend to see him in action. Find out how to watch here.