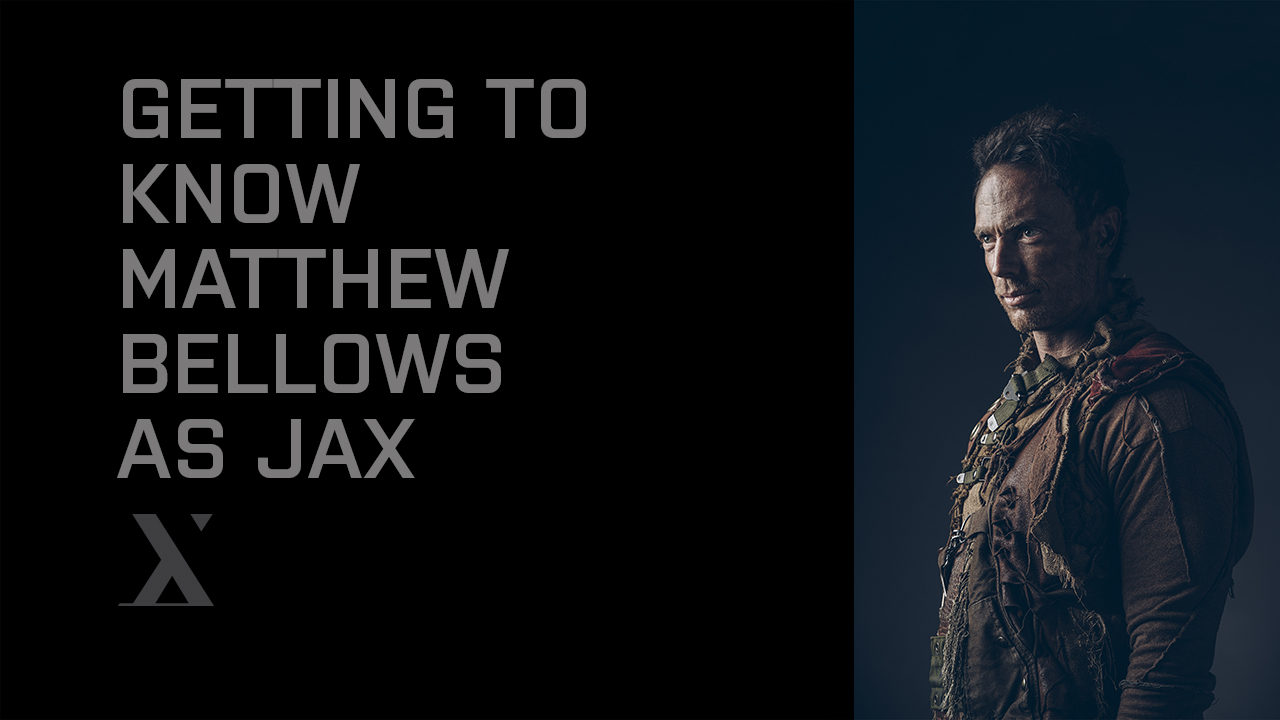 Episode 3 of Extinct aired Sunday on BYUtv, if you can't get enough though, binge watch the first eight episodes on BYUtv.org or on any of the BYUtv Apps. Do you have a favorite character yet? Well if you're into a more menacing character Jax may be your guy, and we're going to learn all about him, and Matthew Bellows who plays him, right now.

BYUtv: Matthew, introduce us to your character Jax.

Matthew: Jax is a Skin Rider. A human that has been hijacked by an alien parasite. He’s a character with a lot of dualities and a conflicted history. He’s the muscle and the military leader of the Skin Riders. Ferocious and relentless in his disgust for the human race.

BYUtv: What makes you and Jax similar?

Matthew: We have nothing in common. I am charming, I love puppies and sunsets…. Ok, I’ll play along. The thing about Jax is his conflict. The conflict between the Skin Rider parasite that has taken over his body and his actual self, I think is very relatable to what it is like to be human. I don’t think Jax’s choices are necessarily black and white, right or wrong, there's a lot of grey. He has a history that I think makes him easier to empathize with, because he has endured so much. But we all know how it feels to struggle within ourselves to make the right choice. It’s that age-old Jekyll and Hyde conflict. "All human beings, as we meet them, are commingled out of good and evil” Robert Louis Stevenson, The curious case of Dr. Jekyll and Mr, Hyde.

BYUtv: What makes you and Jax different?

Matthew: Jax has a temper, boy oh boy does he have a temper. I’m not saying I don’t get mad at stuff. You don’t want to live stream me driving on the 405 [highway in LA], but Jax takes it to another level. If Jax was on the 405…actually lets not even go there.

Matthew: I watched a lot of villains preparing for this, there's a long list. Two, in particular, I looked at are Benedict Cumberbatch and Edris Elba in the most recent Star Trek Films. I think these guys are phenomenal actors and two that I definitely look up to. I also think they were playing characters very similar to Jax. In that they are defined by the story as “the bad guy”, but they have motives and objectives that feel right to them. These motives they may even be more passionate about than “the good guys”. They believe in their cause and fight for it to the absolute end. It’s just that its a cause that conflicts with the “hero” of the story.

BYUtv: If you had to describe Jax in one word, what would it be?

Matthew: We were on location for a huge part of this series in Utah; that means you are in bed with the environment. During episode 1, I arrived on set in Snow Canyon, Utah. It was over 115 degrees outside, so it felt like we were walking around in a red rock sauna. I spent the morning rehearsing a fight in the scorching hot sand and when lunch came up, I get to the buffet and I can't even tell if I was hungry because it was just so, so hot. And, for lunch, the main course was steaming hot and creamy Fettuccini Alfredo… I ate some fruit.

Matthew: I guess just to echo something Chad said at the premiere in Salt Lake; the cast worked really hard, we were all in the elements of three seasons, in costume, up early and up late. We are incredibly lucky to get so much credit and attention for the work we did and I know we are all grateful and excited, but for every day we got up early and stayed up late, there are Crew that got up earlier and stayed up later. Rain or shine. My hat is off them. (But not if its winter, too cold to take my hat off)