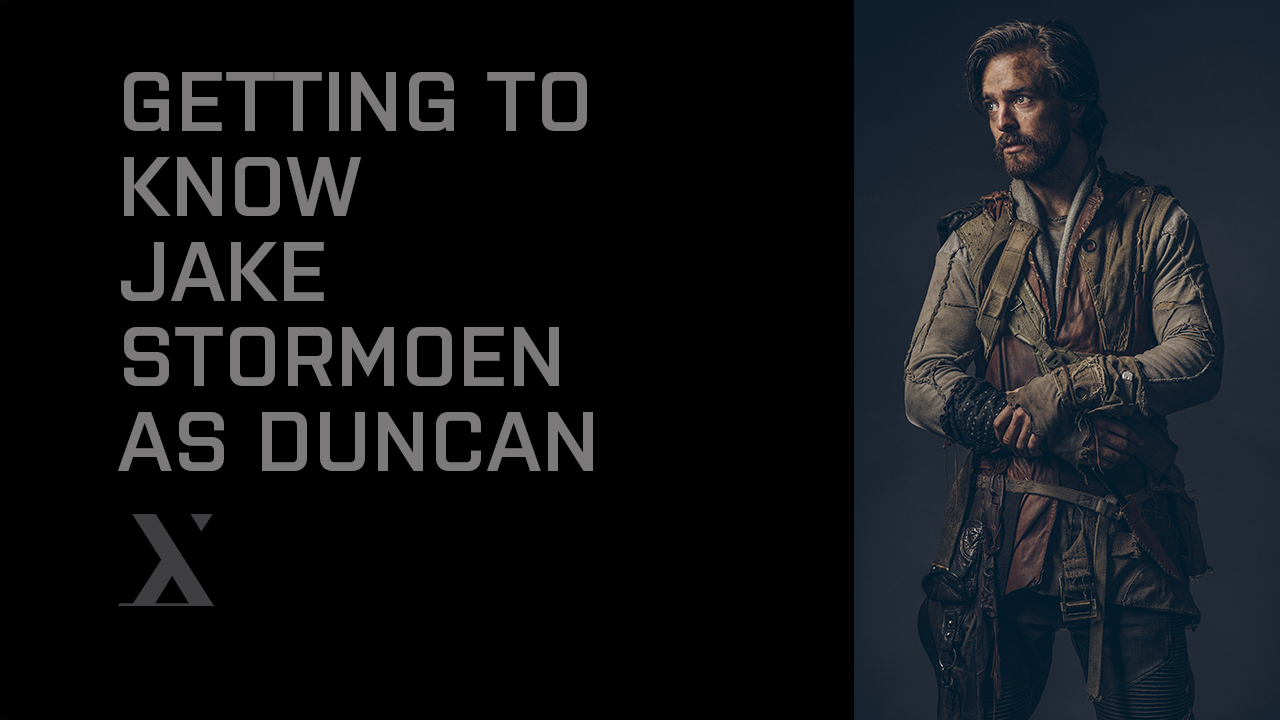 Season one of Extinct is coming near the end! If you've already binge-watched the first 8 episodes we are only a couple weeks away from the final two episodes are released on November 19!

Today we are going to get to know one of our favorite characters, James Duncan. Duncan shares a mysterious past with Feena. As a former FBI agent, he tends to be more of a thinker than a fighter which makes him the odd man out within his new group in the new world. However, his unconventional ways of problem-solving make him a force to be reckoned with. Let's find out more about Duncan and Jake Stormoen who plays him.

BYUtv: Jake, introduce us to your character Duncan.

Jake:    [James] Duncan is a bit of a mystery for most of the show, I think. He's technically a Skin Rider, which would by default make him one of the bad guys. But I think he's also one of the only Skin Riders we see whose human has continued success at fighting off their parasite's controlling grasp, which makes for many moments (I hope) where a situation could land on either side of a very polarizing line. I think his love for Feena is ultimately what keeps him fighting for what would otherwise appear to be a lost cause.

BYUtv: What makes you and Duncan similar?

Jake:    There was a scene we shot with a flashback to Duncan's past life, and he's answering a question by his superior listing traits and qualifications. I remember when I first read this scene, it stuck out to me because I thought "Oh wow. I know how this guy feels." I won't give anything away, but it's essentially a list of things like "putting yourself fully into the task at hand," "determined, hard-working," that sort of thing. Nothing that on paper sets him much aside from anyone else…but hopefully does in application. For whatever reason, that resonated with me. I got my Eagle Scout rank when I was in high school, and my family instilled in me at an early age that hard work always pays off, even if it's not the way you anticipated…and anything worth doing is worth doing right. So that simple flashback scene with Duncan really helped me get on board with him, I think. I connected and gave him a little imaginary high five.

BYUtv: What makes you and Duncan different?

Jake: After that mountain of text I gave for my previous answer…I'd say the biggest difference between Duncan and myself is that I don't have a luminescent alien taking a nap on the back of my neck. Not yet, at least. When does our show's invasion take place, again..? 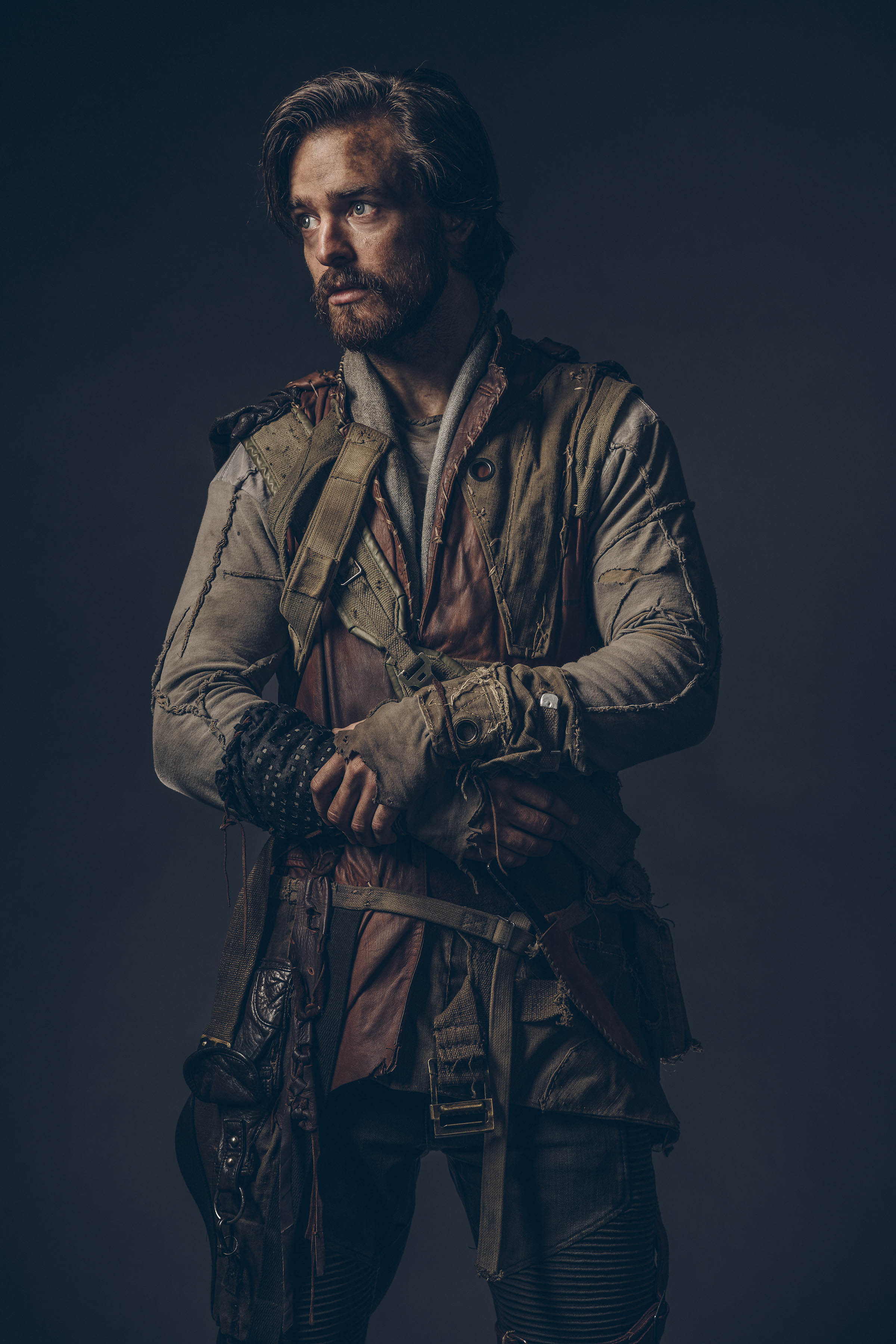 Jake: Oh boy. Dangerous question for an actor! I tried very hard to not mimic or pull too directly from any one character or performer. It was a fine line because poor Aaron [Johnston] was writing future episodes as we were shooting current ones. So 9 times out of 10, I didn't really know where Duncan was headed. In many ways, this was great…it left it organic. But it also meant that when playing a shell of a body who has so many entities vying for control--each with their own character arcs--consistency was, at times, incredibly difficult. I'd get a new script and go, "Oh shoot…I hope what I did two episodes ago is something that the person on the page in front of me would still have done." For "Skin Rider Duncan," I remember that when reading the episode scripts as they'd first arrive, there was a segment of time where all I could picture was Jeffrey Dean Morgan's "Negan" on AMC's "The Walking Dead." Duncan never got as violent as Negan (thankfully), but there was an air of unpredictability associated with giving people the worst news you can while wearing a smile on your face. So I think that came through at times. Hopefully as an homage, rather than an attempted clone. Be kind, viewers. Be kind.

BYUtv: If you had to describe Duncan in one word, what would it be?

Jake: Victoria (Feena) and I shot a flashback scene that involved Chinese food. We both showed up to set super hungry, and so incredibly thrilled that we got to eat as much as we wanted in this scene. I mean…who doesn't love bottomless Chinese food!? I don't think either of us was thinking clearly…because as we both should have known, eating on camera is fine and well…but continuity means that those big mouthfuls of food need to happen again…and again…and again…for every take, from every angle. I must have gained 10 pounds worth of Orange Chicken that afternoon.

Jake: Only that I really, truly am incredibly proud of this show we've all put together. So many people have lent their talents to something that I feel goes against the current of today's typical media--even in this genre. And as a massive science-fiction and fantasy fan, myself…I think there's a whole lot to love in Extinct. I hope people enjoy watching it as much as we enjoyed making it. There's so much left to tell. Oh…and thanks for reading my goofy answers! 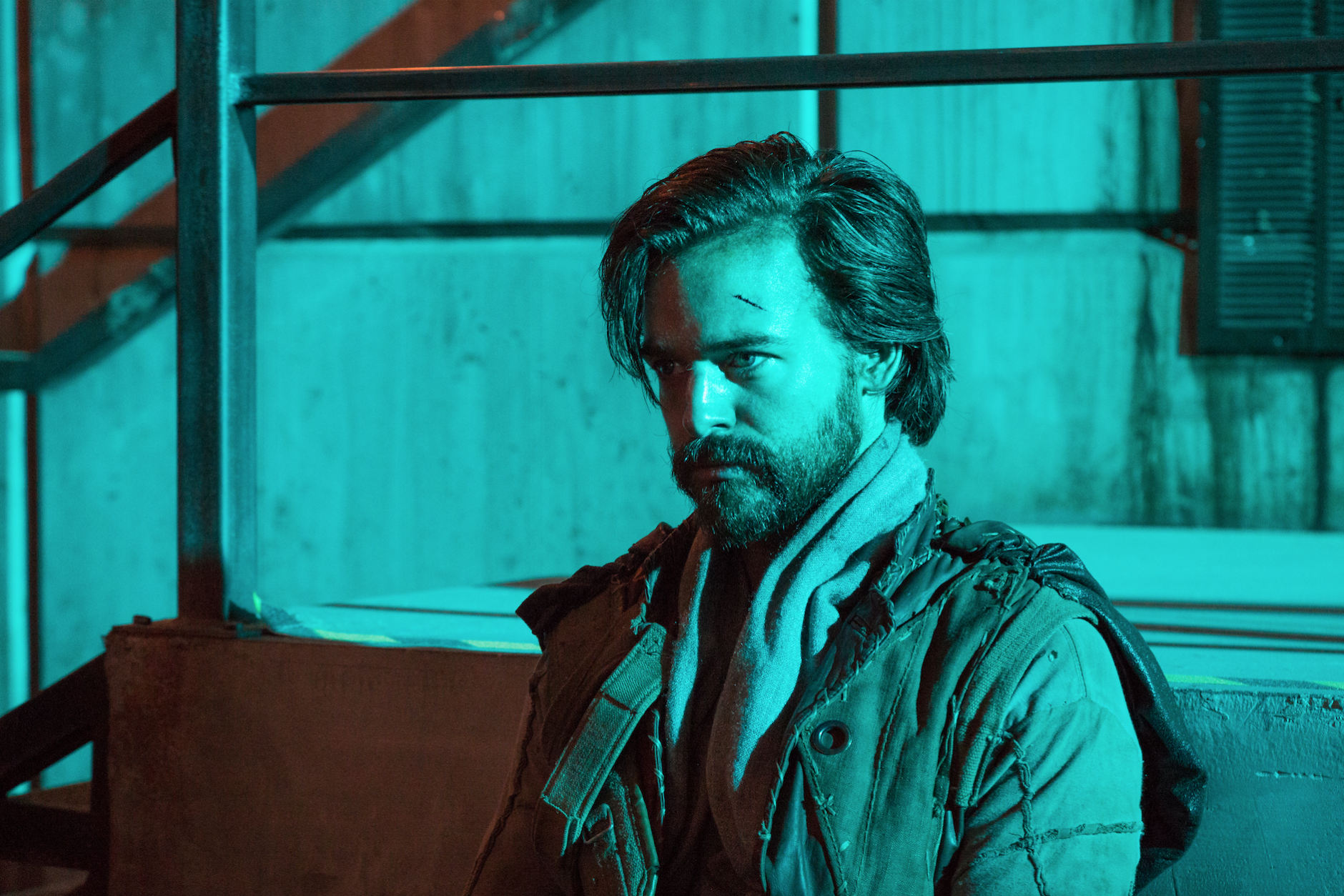 Now that you know Jake, and his character Duncan, even better we hope you continue to watch Extinct when we release the final two episodes of season 1 on November 19.