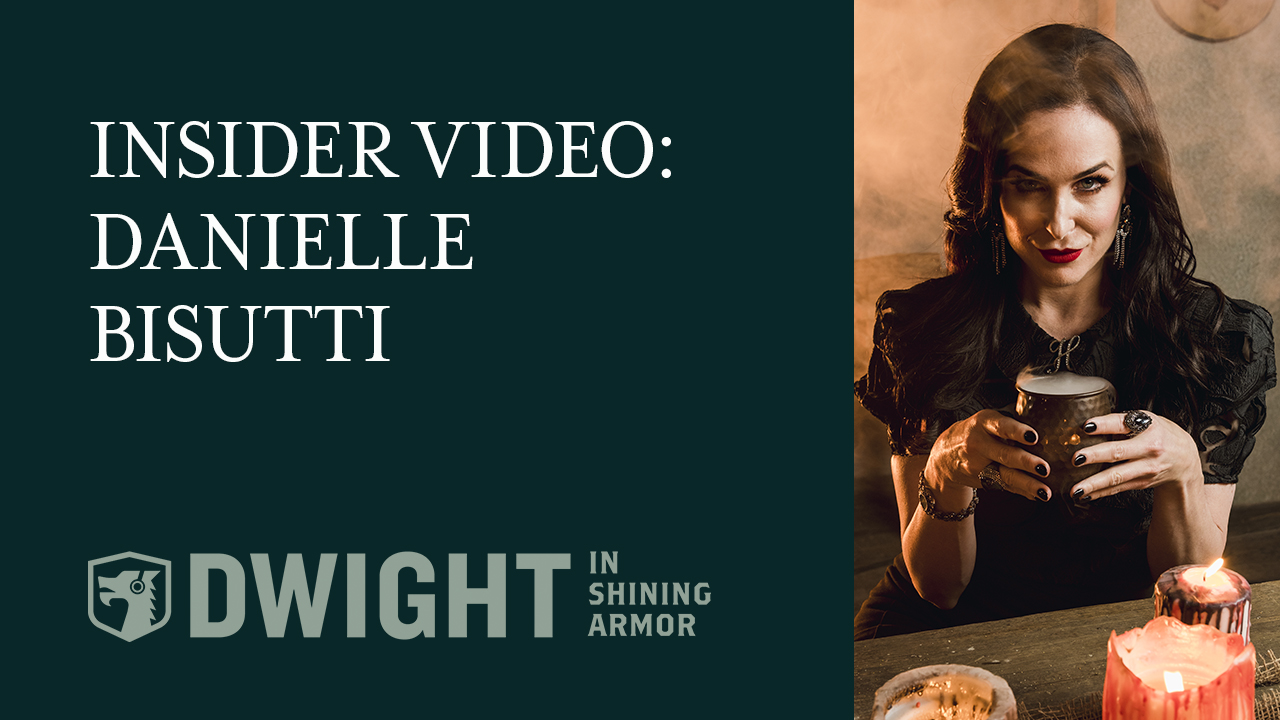 Hexela of Dwight in Shining Armor has a reputation as an enigma. But if there's one person who knows all of Hexela's secrets, it's Danielle Bisutti, Hexela's actress.

Join BYUtv Insider's Scout Smith in an interview with Danielle to finally crack open who Hexela is.

Scout: What is it like playing Hexela, the witch? Traditionally, they're considered good or evil. Where do you feel that she falls on that spectrum?

Danielle: I don't think Hexela likes to be defined as either good or evil. I think she just knows how to take care of herself in certain situations and uses the gifts that were given to her, whether it be magic or spells or putting on a good face cream.

Scout: Danielle, do you feel that you identify with Hexela in certain ways? What do you think you have in common with her?

Danielle: Oh, that is a very good question. I would say that I identify with Hexela a lot in certain areas. She can be a bit secretive. She can be very private. I think she's very loyal, and she knows how to take really good care of herself. Where I differ from Hexela is I wear my heart on my sleeve a little too much, and I possibly give a little too much of myself away. Hexela knows how to keep a reserve, and she's very specific about who she's giving what to and when.

Scout: Do you feel that Hexela has grown since we first met her?

Danielle: Definitely. I think that Hexela has softened a bit. I think she's shown some different colors or different feelings for different characters and a certain sense of care where before you weren't quite sure; she was a little bit of an enigma.

Scout: Let's talk about Hexela's relationship with Baldric. Everybody wants to know! Tell me more about that.

Danielle: It's so delightful working with Joel. Hexela and Baldric, or Baldy-boo as I like to call him—it's interesting. It is undeniable, their chemistry and their affinity for one another. I think they are always looking out for one another. Whether they are together, end up together, I think that also remains somewhat of a mystery, but there are certainly tensions there.

Scout: if you could create a potion in real life, what potion would you concoct and why?

Danielle: The potion I would concoct first would be for world peace. Second would be the Eternal Fountain of Youth, because . . . the option. And third would be to be able to eat pasta and not get fat.

Danielle: Bless us all for that potion to come true.

Make Dwight and his friends a part of your holiday. Binge-watch all of Season 4 right HERE. 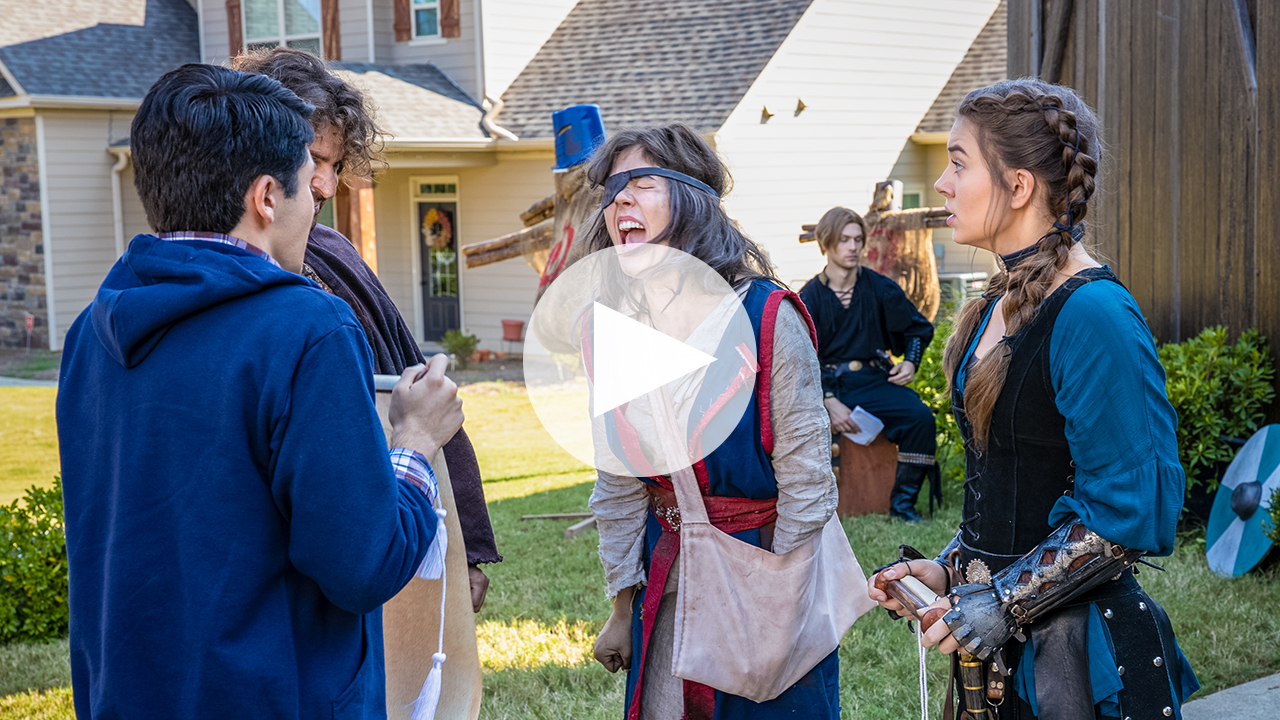