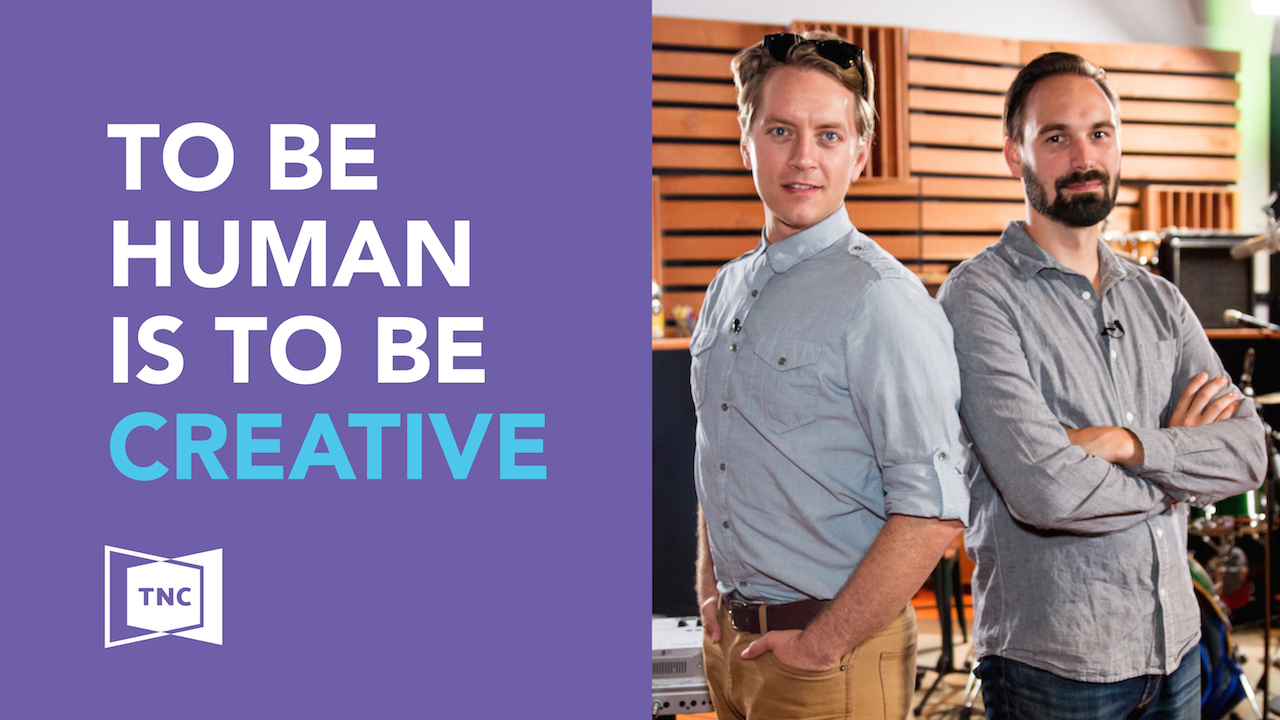 From 360-degree videography to computerized sculpture, this season of The New Creatives has challenged notions, broadened horizons, and hopefully inspired you to make something! In last week’s episode, we got to see firsthand how a singer-songwriter and stop motion animator came together to start something special. Watch the episode here, and then read below for Jordan Petersen’s biggest takeaways from hosting the show.

Near the end of the fifth 16-hour day, we shot one of the underwater scenes in the music video that features in the last episode of the first season of the The New Creatives this coming Tuesday. Bruised and exhausted, Mindy Gledhill was lying down in the studio, surrounded by dozens of foam core props, and with nothing between her and the concrete floor but the thin sheet we were using as a backdrop. About six of us would jump in, rearrange her and the props as fast as we could, then jump out of the frame and wait for Trisha Zemp to say "Got it!" so we could jump back in and do it again. For hours.

As I stood there during one of the five-second breaks, I contemplated the situation. What was all this labor and stress and lack of sleep for? A few seconds of pretty cool video? Was it worth it? It all came down to one simple question: Do we want this thing to exist, or not? We did, so we had to do the work. There were no shortcuts. There never are.

People like to classify themselves and each other as either artistic or not, creative or not. He's a left-brained guy. She's a right-brained girl. Or she's an accountant, and he's a photographer. We subsequently set up rules and expectations that tend to heavily influence the behavior of the people we have thus classified. We don't expect non-artists to be creative, and we attribute great mystery to the creative processes of the artists we admire.

When Austin and I started working on this show, we had to try to figure out who the audience was going to be. Eventually, we decided we'd better just make it for ourselves. We're both millennials (barely), and we're both fascinated by creativity and the creative process. Naturally, then, the audience for this show would be millennials with a creative bent. At least that's what we thought when we started.

When we finished, what we had made was a show for just about everyone. Since the first episode aired a couple of months ago, people from a huge range of ages and backgrounds have reached out to tell us how much they love the show, and how inspiring it is for them.

It's very hard to be objective about your own creations, so I have to admit that this has surprised me. I thought we would be lucky if some meaningful percentage of people from our own demographic found value in the stories of these "New Creatives." Obviously, it's flattering to hear praise for the show in any context, but this much broader audience has also revealed a deeper truth about the ideas of creativity we've tried to explore in the show. And the deeper truth is this: to be human is to be creative.

I believe that the success of our show is based on its determination to demystify the creative process. The magic is that there is no magic—at least, not in the traditional sense. We think of magic as something that is incomprehensible, exclusive, and rare. But the actual rules that govern creative success are so simple and so universal that they are hiding in plain sight.

So what are those rules? Hard work, persistence, and a willingness to keep learning, no matter how much you think you already know. They are the same rules that apply to finding success in any other endeavor.

Nowhere are these rules more nakedly tested than in the last two episodes of this season. In the two-part finale, we decided to collaborate with two talented and incredibly hardworking artists to create something more ambitious than anything either of them had ever done in so short an amount of time: a full-length stop-motion music video. And we all got to learn, first-hand, that the secret sauce is just a whole lot of work.

What's been amazing is that this stupidly simple, totally unglamorous principle has resonated with everyone who has seen the show. Because buried in the mundaneness of the eat-your-vegetables lessons of sweat and perseverance is a deeply inspiring message: anyone can harness the magic of creativity.

And if anyone can, everyone should. Because the more creative we are, the more human we'll be, and there's nothing better than being human.

Tune in tomorrow at 8:30pm MT to see how Mindy Gledhill and Trisha Temp's magical collaboration comes together!