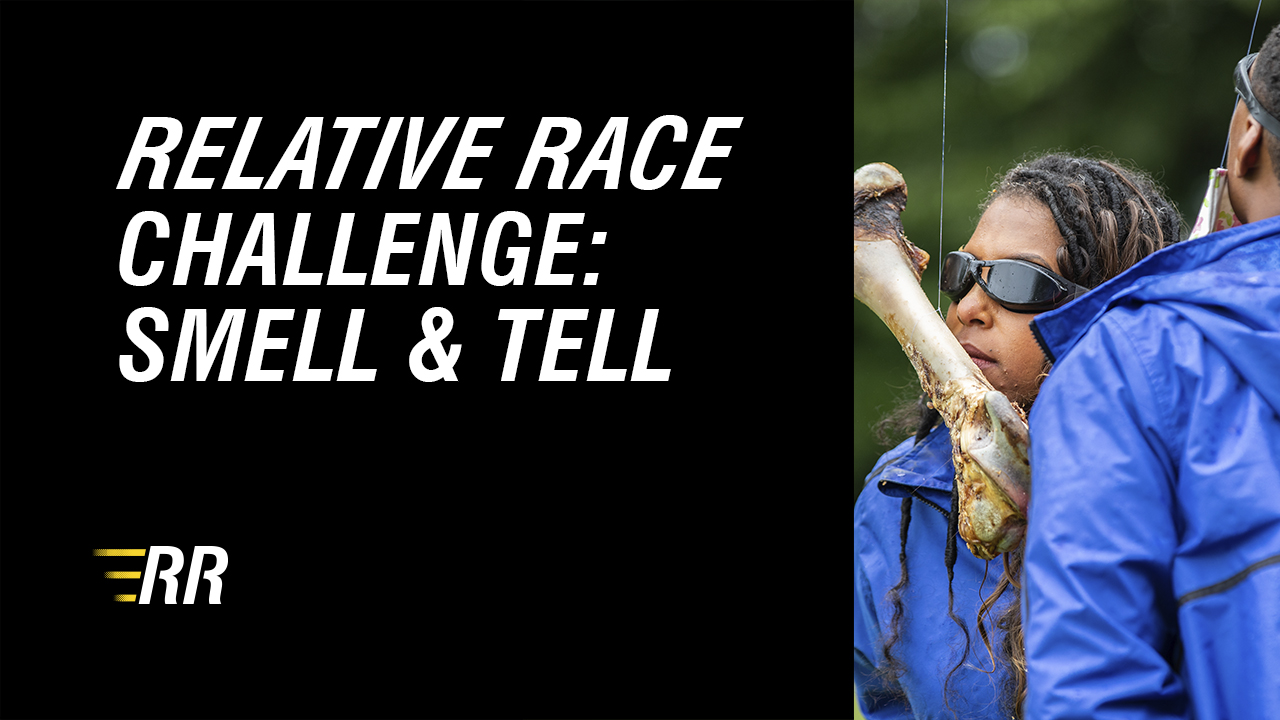 It's whiffy. It's salty. It's . . . a dog bone? In this weird, yet wildly entertaining, challenge, the Relative Race teams nose their way down a line of objects to determine what they're smelling. Now it's your family's turn to smell and tell!

Read on below to learn how to play this odorous game at home! 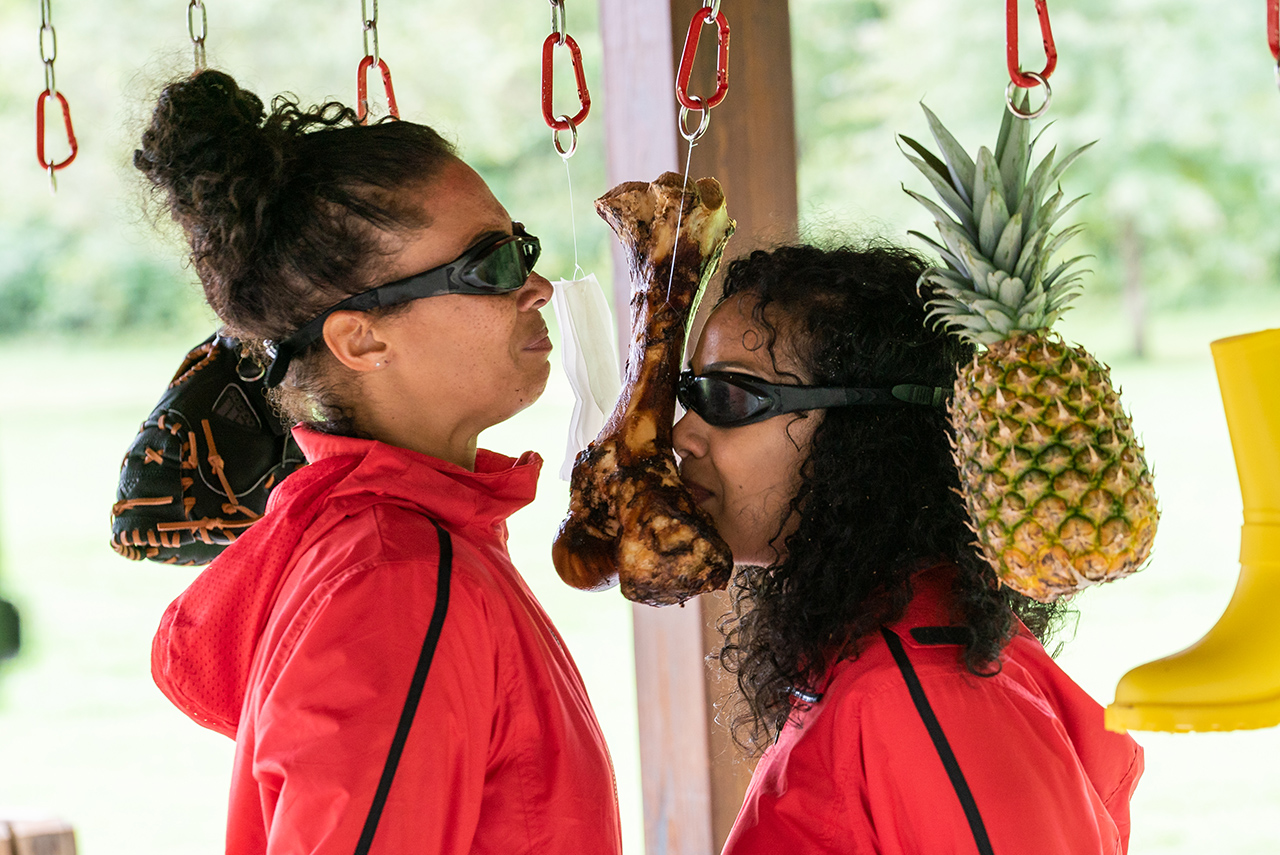 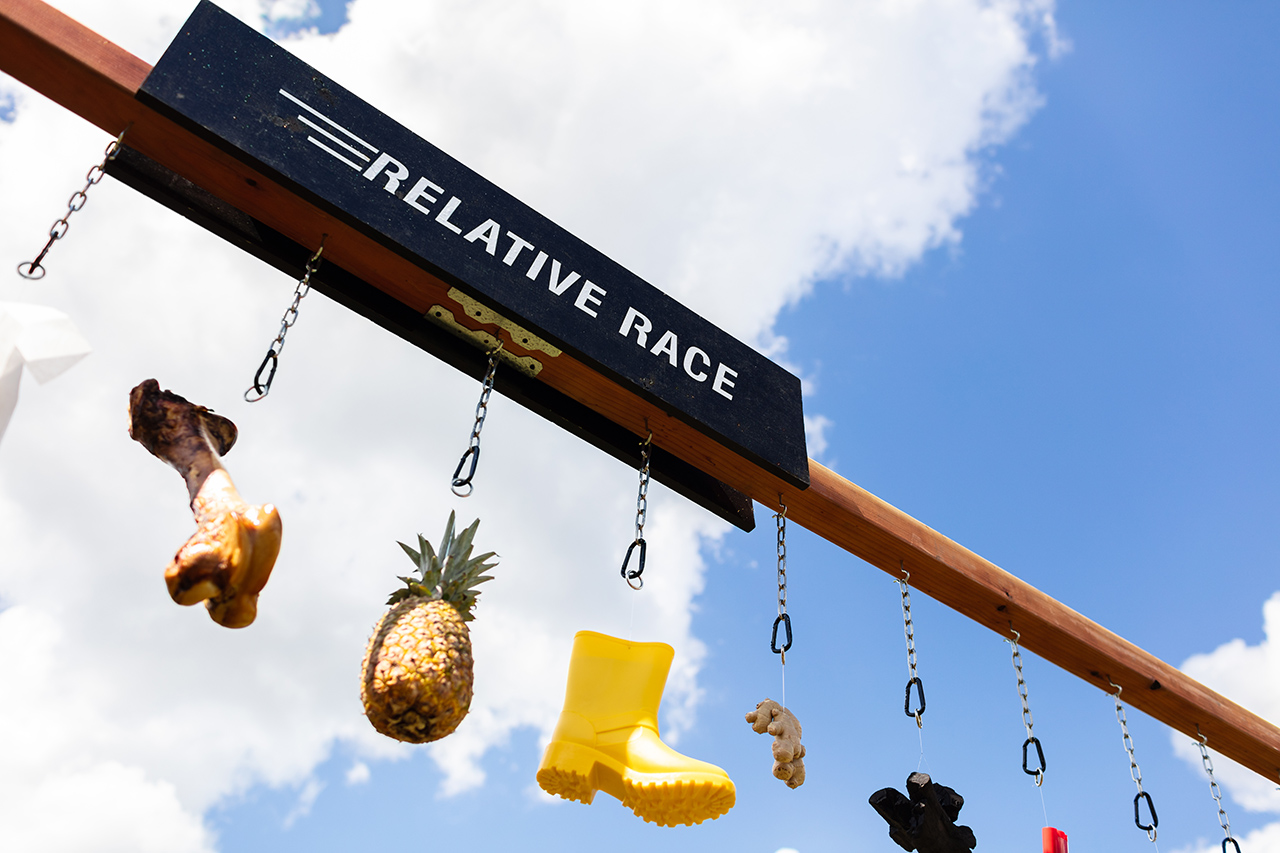 WHAT YOU'LL NEED TO PLAY:

After tying one end of a string around each of the smelly objects, tie the other end around your pole. Prop the pole with the objects dangling from it on the backs of two chairs or give the ends to two helpers to hold. Bring in your blindfolded contestants. Family members can play in pairs, like the Relative Race teams, or by themselves.

Rules: Players can smell, taste, and feel the objects—but only with their faces! Hands must remain behind backs at all times. No peeking! Players must correctly identify at least 10 objects, and the player with the fastest time wins!

So breathe in the fragrance, wallow in the aroma, and put your smelling powers to the test. 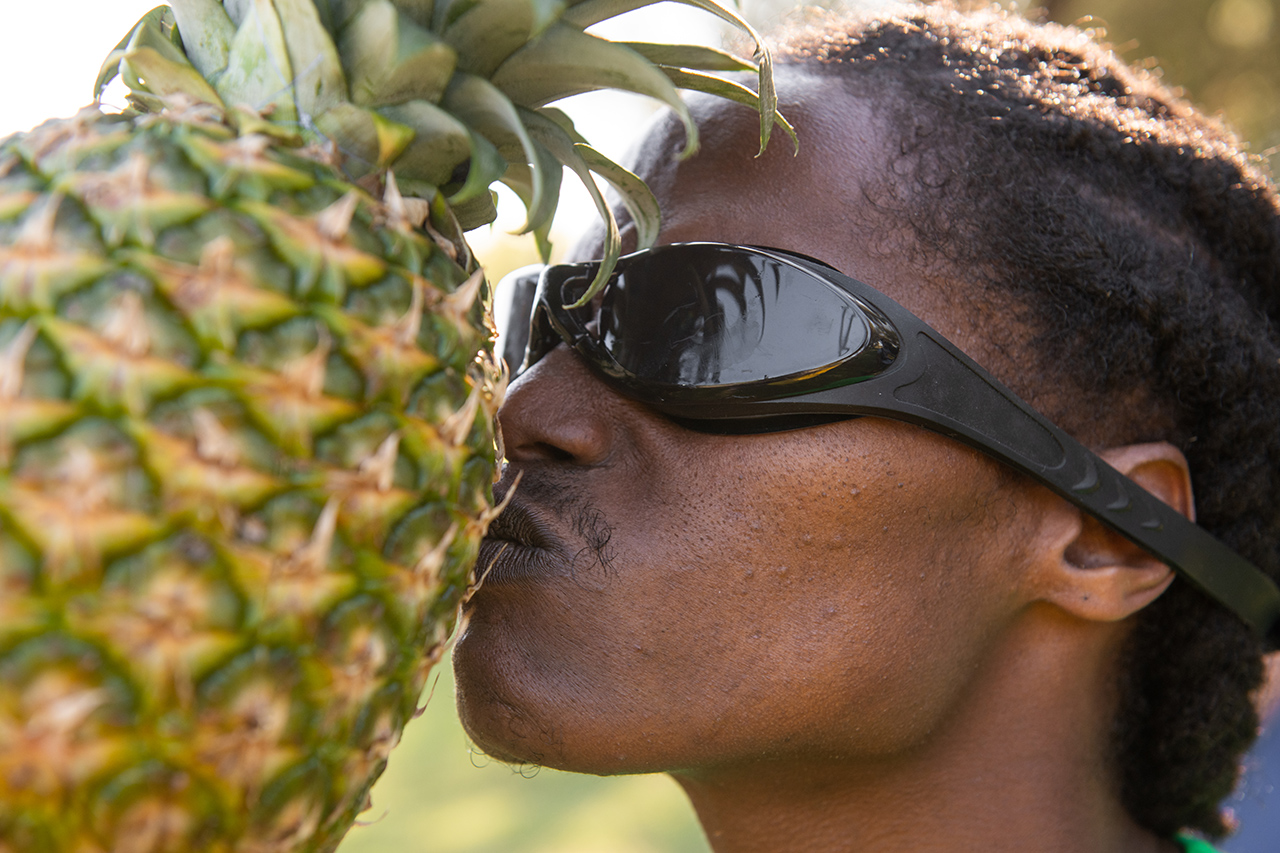 Want to see the Relative Race teams tackle this game? Catch the Smell & Tell challenge in Season 5, Episode 3! Watch the entire episode below. 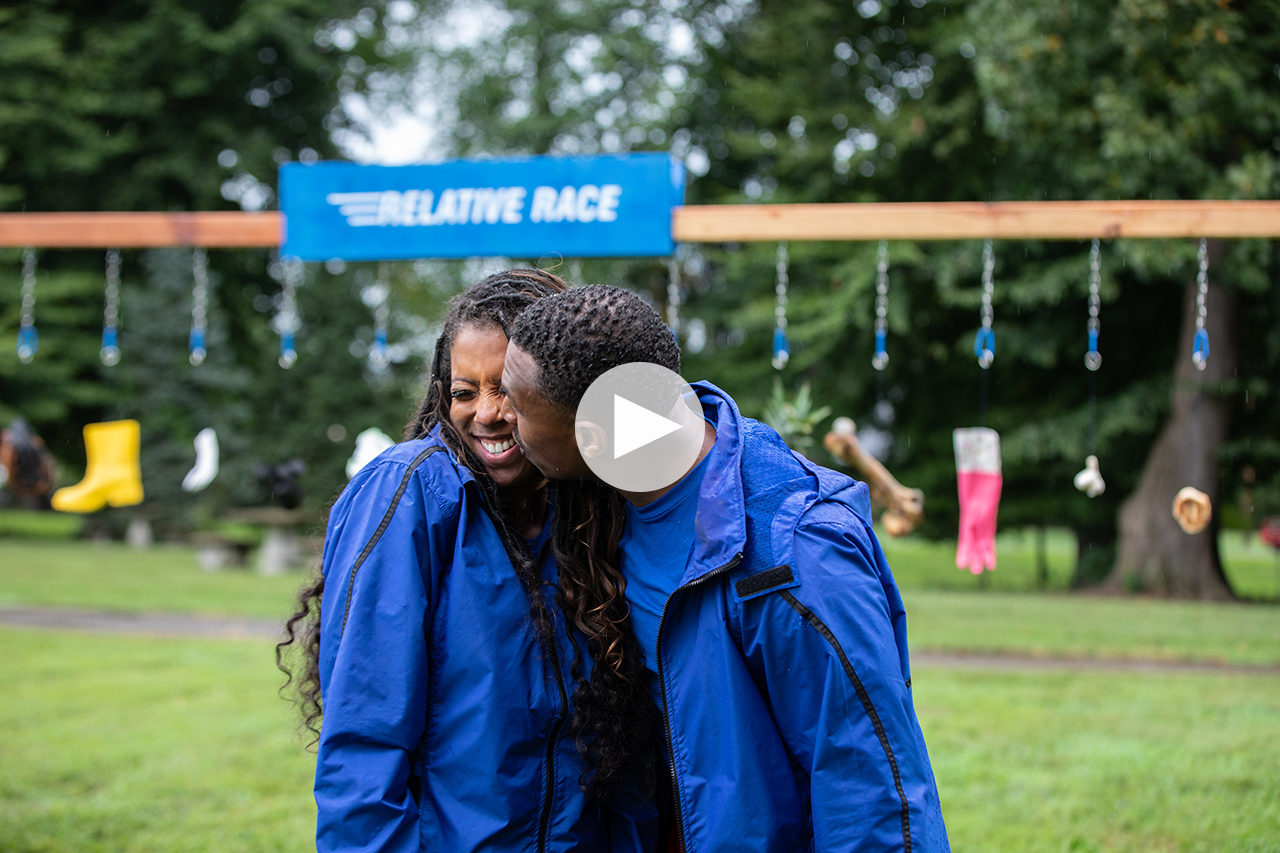