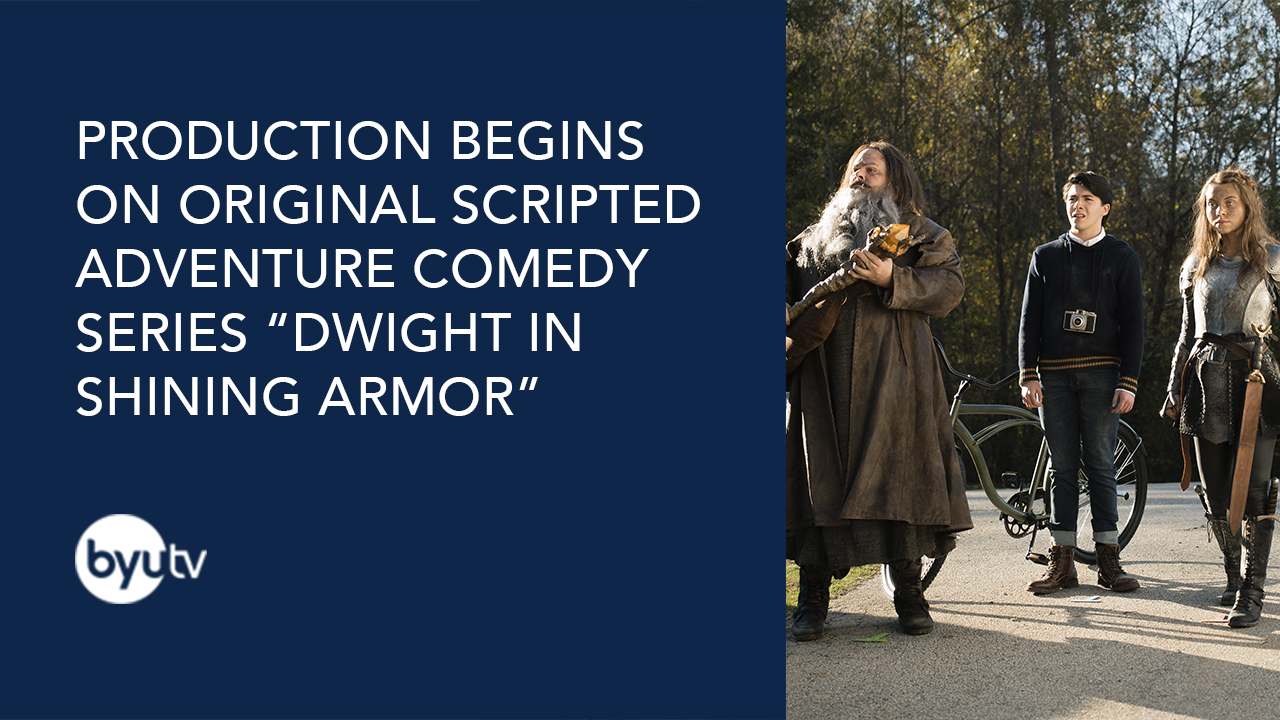 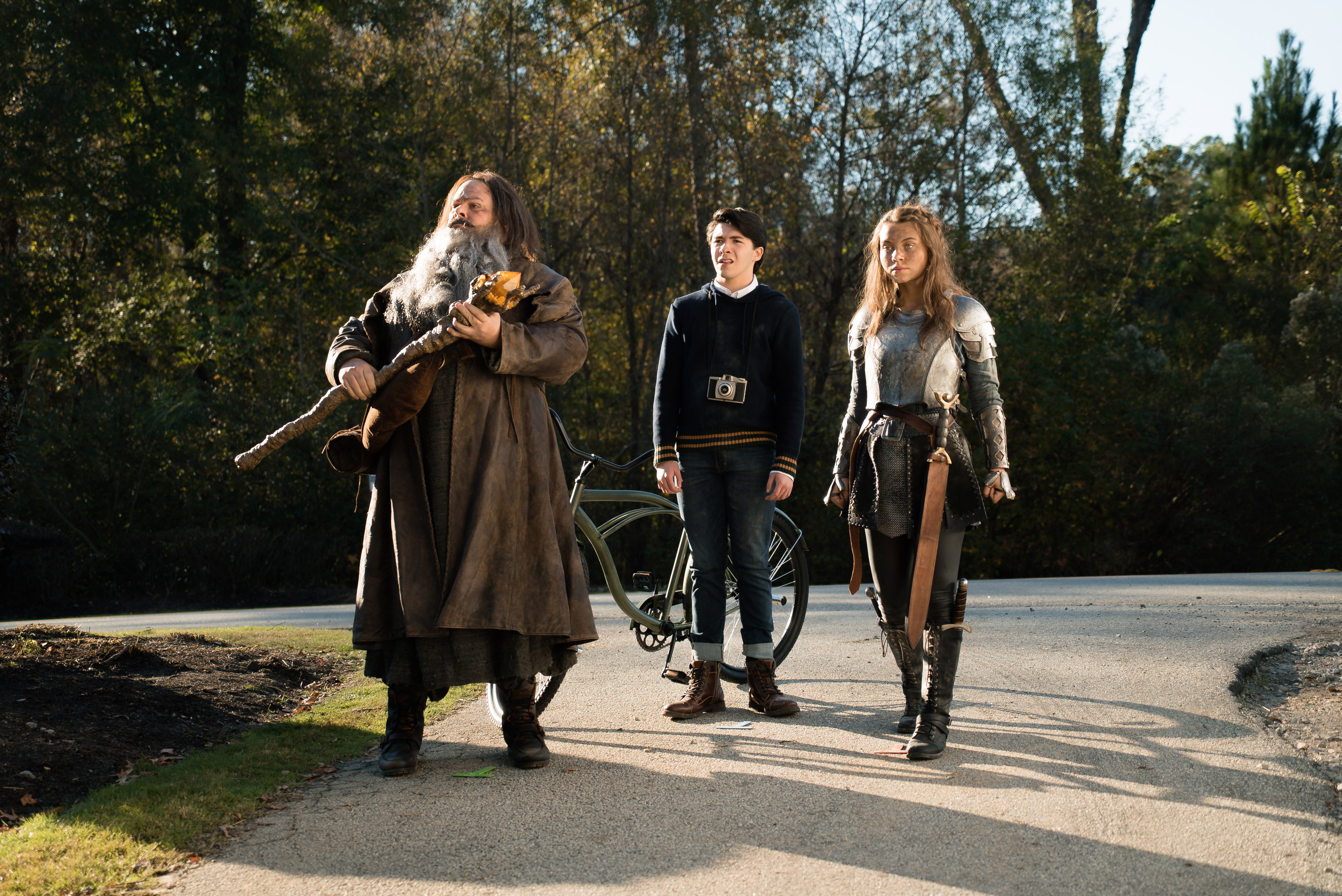 Season one of the 30 minute adventure comedy series takes place in a suburban town where Dwight, a 21st century teen, falls into an ancient, underground chamber and lands lip-to-lip with Gretta, a gothic princess who has been magically sleeping for a thousand years. Dwight's "kiss" awakens Gretta, her court magician, Baldric, as well as scores of medieval villains, and makes Dwight her de facto champion until her hordes of enemies are defeated. 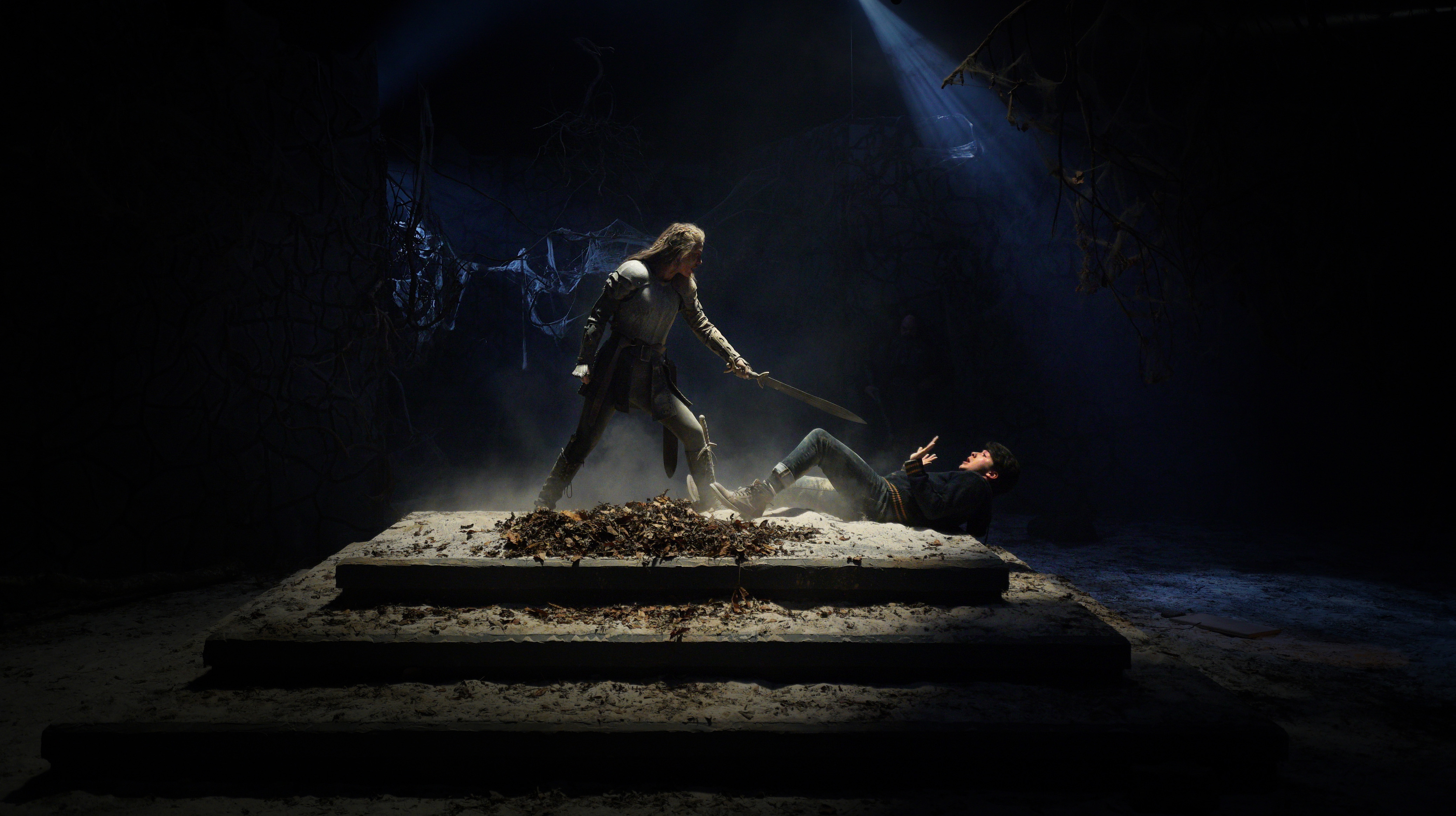 "Our latest original scripted series, 'Dwight in Shining Armor,' is a contemporary fish-out-of-water comedy and a suspenseful adventure comedy show," said Michael Dunn, managing director of BYU Broadcasting. "As we continue to expand our scripted development, we are pleased to offer such an appealing show for the entire family that both young people and their parents will find compelling and relatable."

In this story of two worlds colliding, Gretta and Baldric come from a rough and tough gothic war zone. They have no way of understanding 21st century manners or political climate. And they're not really interested in adapting – they've got bigger concerns because all the problems from their world have followed them here. Dwight, on the other hand, fits perfectly in the 21st century. He's the model Generation Z kid: sensitive, open-minded, health-conscious, responsible, non-confrontational – all the qualities that Gretta's world associates with sniveling weakness. He seems like the least-equipped person to fight off Gretta's hordes of enemies, and he's not really interested in becoming a rough and tough champion. If he has to do this job, he's going to do it his way. 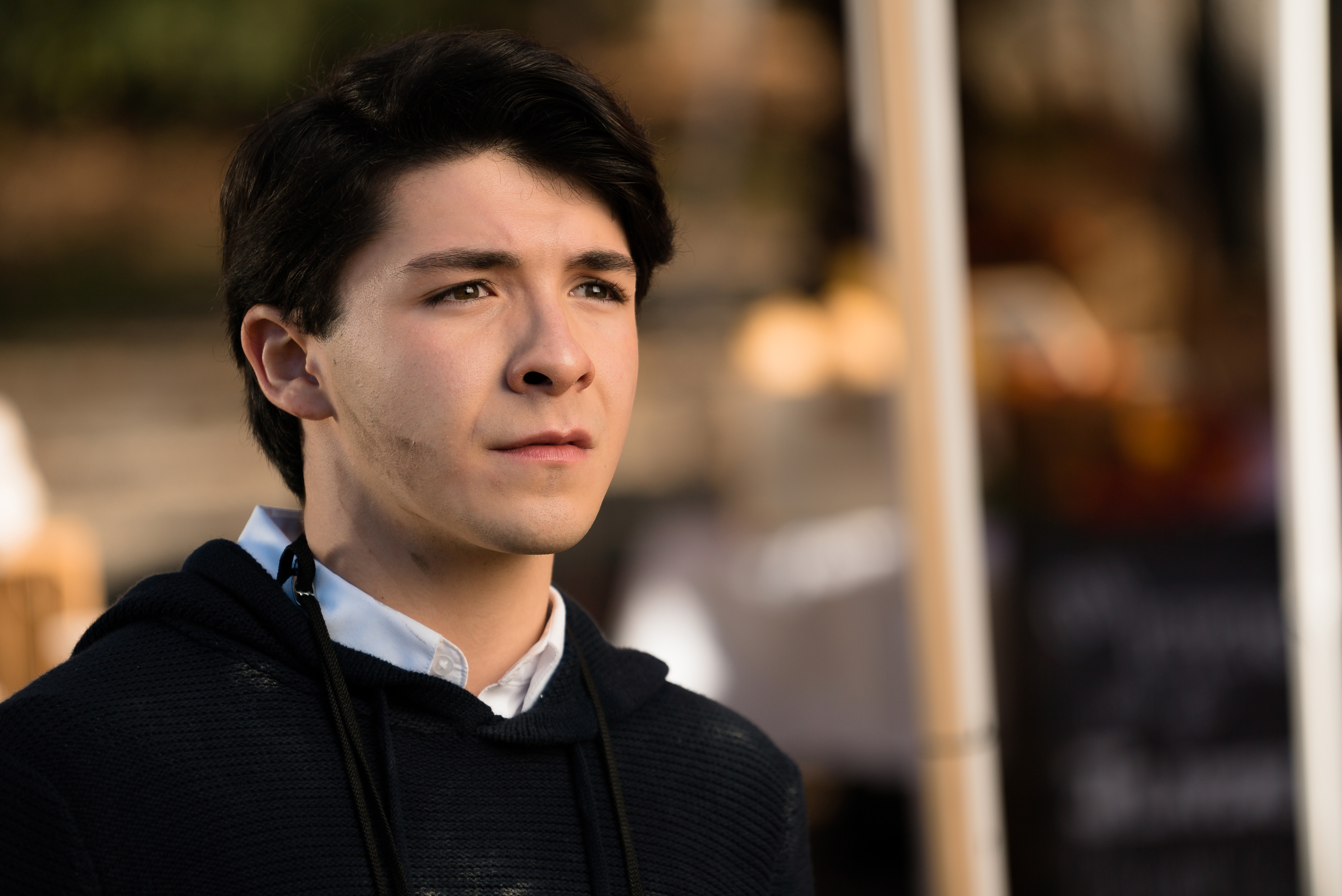 Actor Sloane Morgan Siegel stars as Dwight. Sloane is best known for playing the leading role of Gortimer in "Gortimer Gibbon's Life on Normal Street," which is an award-winning original TV Series developed by Amazon Studios. He won the Best Actor Award as the Lead in a TV Series presented by the 36th annual Young Artists Awards in 2015, 2016 and 2017, as well as the Best Teen Actor in TV Award from the Young Entertainer Award in 2017. Siegel had a recurring co-star role on the CBS sitcom "Partners" and appeared in guest spots on popular shows such as "Wendell & Vinnie," "Modern Family," "Big Time Rush," "The Neighbors" and "The Tonight Show with Jay Leno." 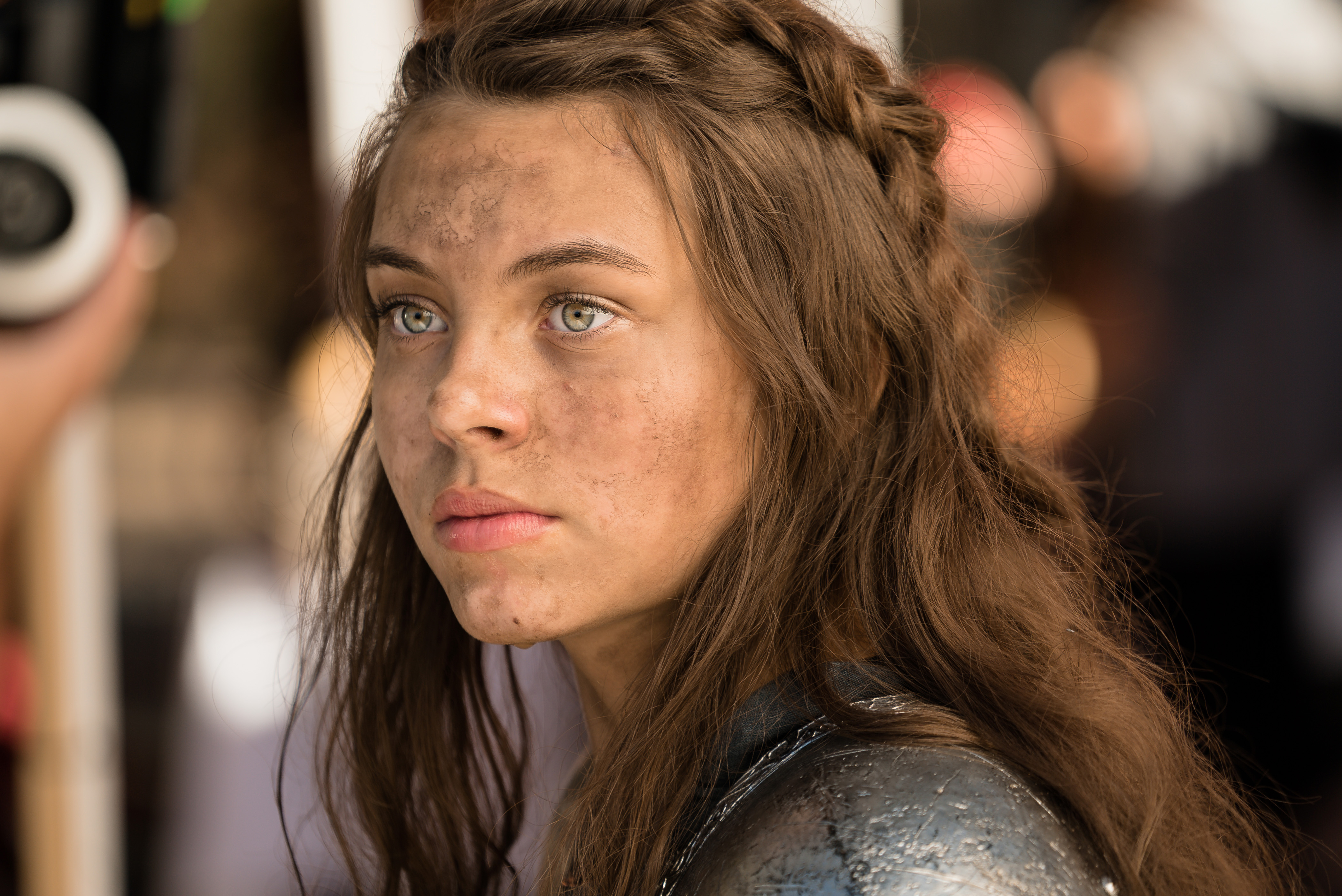 Actress Caitlin Carmichael, who plays Gretta, the gothic princess who is awakened after hundreds of years by Dwight's kiss, has a recurring role on FOX's "The Mick" and has appeared in numerous feature film and television projects including Amazon's "Life Itself," Warner Bros. "300: Rise of an Empire," the Netflix original movie "Wheelman," CBS' "Young Sheldon" and ABC's "Agent Carter." Carmichael was one of the youngest actresses to appear on the 2014 Primetime Emmy ballot for her role in the Sony Crackle series "Chosen" opposite Milo Ventimiglia and Chad Michael Murray. She also starred alongside Pierce Brosnan in the acclaimed Stephen King miniseries "Bag of Bones" and has worked with other notable stars such as Danny DeVito, Jack Black and Betty White. 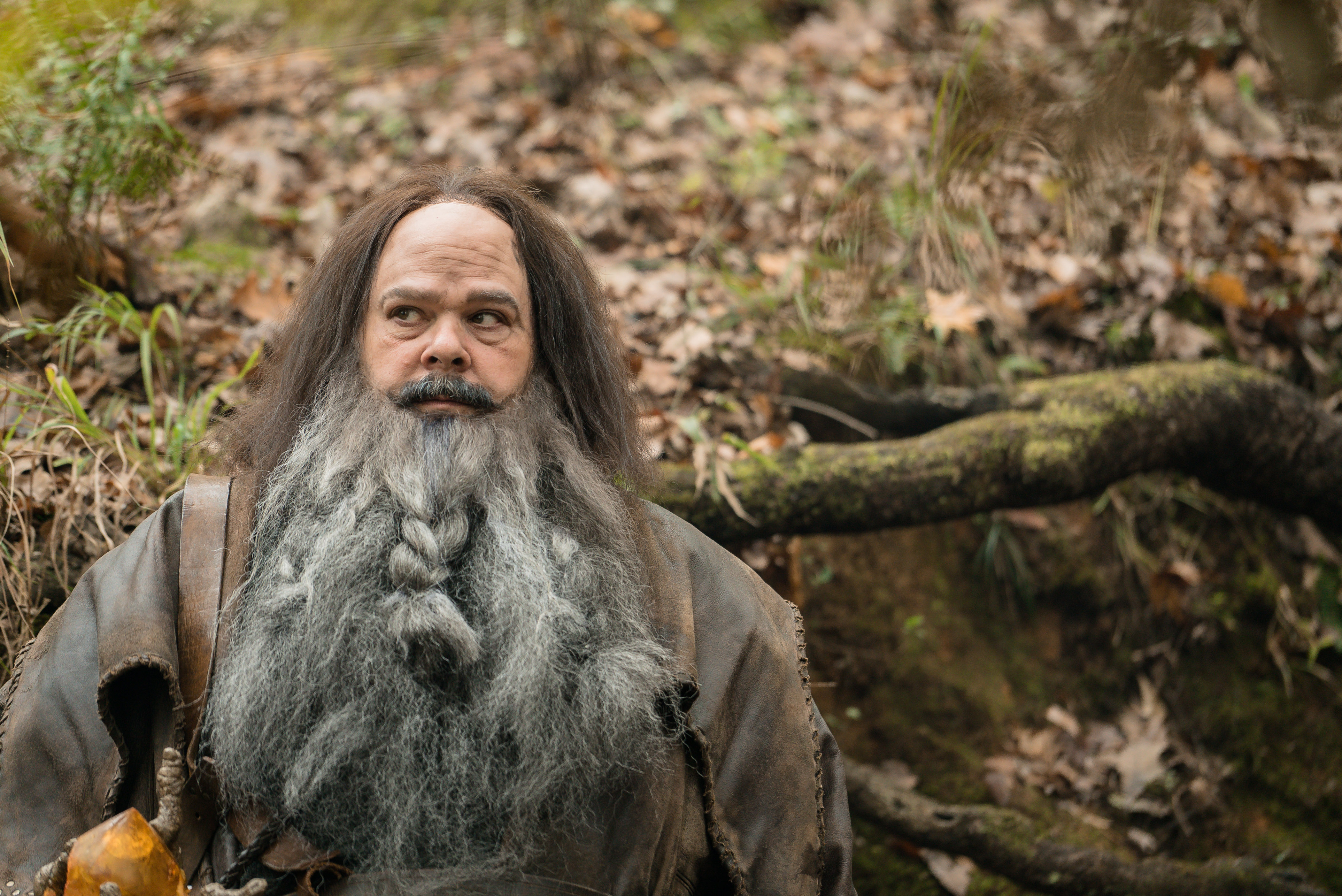 Veteran actor Joel McCrary plays Court Magician Baldric, whose notable roles are Prime Minister Motaz in "The Princess Diaries 1 & 2," Don the mechanic on "Seinfeld" and Bobby Wasabi on Disney XD's "Kickin' It." His other credits include "Thor," "American Beauty," "Over the Hedge," "Smurfs 1 & 2," "Bones," "Justified," "The Middle," "Robot Chicken" and "Mystery Men." This year, McCrary is playing the Judge on season two of NBC's "Trial & Error" that will air July 19.

Show creators LeeAnne H. Adams & Brian J. Adams are a writing team who have been working together almost as long as they've been married. They have developed and created features and television shows for the Disney Channel, Amazon, Vanguard Animation, Disney XD, Awesomeness TV, Electus and Studio 71. In addition, Brian is a partner and Executive Producer for Sovereign Media, where LeeAnne is the Creative Director. With Sovereign Media, they have developed concepts and overseen the execution of broadcast commercials, industry videos and web content for clients such as Little Tikes, The Pokémon Company, Mattel, Honda and TNT/TBS, among others. LeeAnne is also an award-winning playwright, having received the David Mark Cohen National Playwriting Award and the Jane Chambers National Playwriting Award through the Kennedy Center for her plays, Yellow China Bell and Archipelago.

Jim Rutherford ("Mom Squad," "Nora's Christmas Gift") is an executive producer. The Director of Photography for the pilot is Sam Chase ("Hollywood Adventures," "Torn"); Bengt Jonsson ("Yellowstone," "Bones") will serve as DP in future episodes. Jeff T. Miller ("Andi Mack," "Granite Flats") is the line producer. "Dwight in Shining Armor" is being produced through a partnership between Sovereign Media and Vineyard Film Productions.

In addition to "Dwight in Shining Armor," BYUtv's original programming slate includes the long-running sketch comedy series "Studio C," which touts over 1 billion views on YouTube, "Relative Race," the first family-history based competitive reality show that follows four teams as they meet relatives linked by DNA for the first time in a race throughout the States and "Random Acts," an unscripted hidden-camera reality show that highlights the altruistic nature of human beings by featuring real people who are the recipients of random acts of kindness. BYUtv is available in every state of the country via cable, satellite and multiple digital media platforms including byutv.org, AppleTV, Xbox ONE, Xbox360, Roku, Amazon FireTV, iOS and Android.