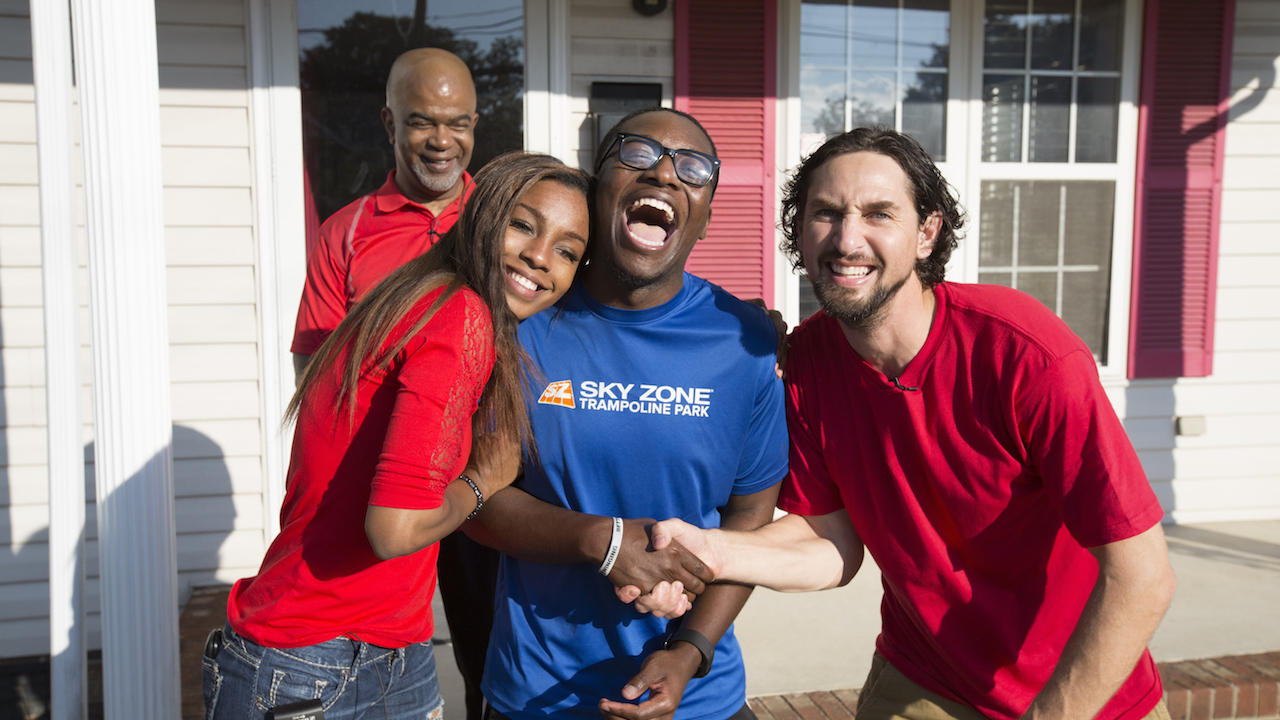 Adventurous photographer Mark Reber trailed Team Red on Season 2 of Relative Race. He was there every step of the way, quietly capturing all the life-changing and not-so-life-changing moments. Here, he describes a hilarious and heartwarming day in the life of a Relative Race photographer.

Five A.M. You remember that four hours before getting out of bed, you mumbled “good night” to Jamey Gregory, a producer at Lenzworks.

Good night? Really? With just four hours until call time? What were you thinking?

Wait, it was a good night, at least for the local camped outside your door shouting for someone named Vern to let him in all night. And it was also a good night for half of Florida’s mosquito population, which found its way into your motel room. You recall hoping the dingy cloud of a thousand cigarettes that enveloped you when you first entered your “non-smoking” motel room would fumigate them all. But that cloud had no such silver lining.

As you struggle to get your suitcase out of the bathtub (it’s harder for the bedbugs to hitch a ride), you’re so tired that you begin to wonder if your name really is Vern. You open your door to find a shopping cart that someone chained to the pillar outside your door between the hours of one and five in the morning. Hmm, what to make of that?

As you stretch in the moonlight, you realize your new shirt already has sweaty underarms. You don’t feel bad because your camera has a similar problem—the second you pull it out, the lens fogs up. You’re on Florida’s gulf coast, and the steamy heat seems to wake up even before you do.

One look at the motel’s complimentary breakfast and you opt instead to eat the Slim-Jim that has been stewing on the dashboard of your van for days. You wash it down with Mountain Dew.

What’s wrong with this picture? Nothing. Everything is as it should be. This is Relative Race, and we go where the people live. 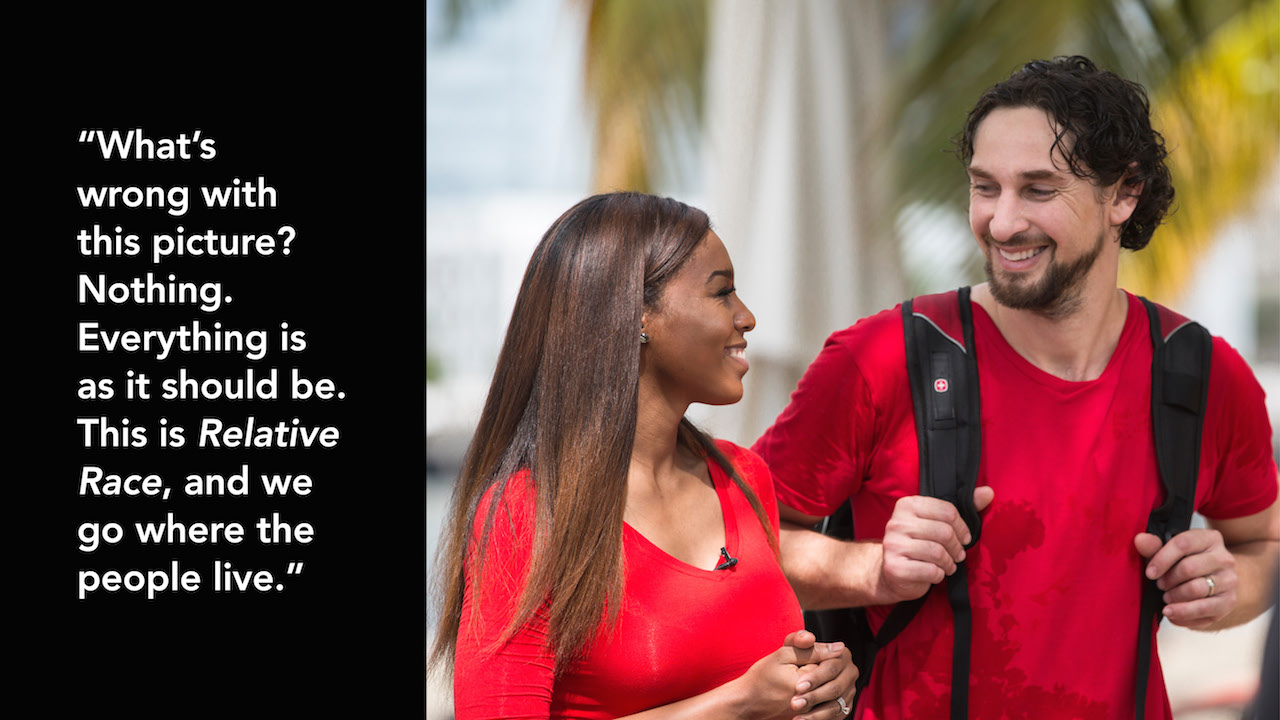 The Oasis is the only hotel, motel, or hostel within forty miles of Team Red’s first encounter with blood relatives. There’s a story unfolding and you don’t want to miss a moment of it. Last night they were strangers, but this morning they are family. They have eaten together and slept under the same roof, and now the polite formal countenance of last night is gone. They are all at ease, connected to new places on a map with new kin from their family tree. If you’re attentive, you can see the transformation in their eyes.

If you time it right, you’ll capture it. You’re a photographer, and you don’t get thirty frames per second to get it right like the video crew does. And click click is the sound that your camera would make, but you’re a _Relative Race _photographer—you can’t be seen and you can’t be heard. You’re shooting mirror-less in silent mode because you’re a silent partner to the Lenzworks crew, and you want to work as one. We are all “Vern” now.

Eighteen hours later, you’ll be back in bed in another state. But you won’t be the same, either. It's not only the relatives at each destination who connect with Leo and Rolexis in their bold red Kia. You find yourself losing objectivity as you fall in love with the Louisiana couple that fate connected you to. Sure, they get the first strike, and early in the show they get their second. You phone your wife to tell her you might be home early, but something inside you hopes it isn’t so. If Team Red only gets a few days on the show, you still get paid. But it’s not about the money, or the eight motels you might face—you want to see the story through to the end. Relative Race is your race. 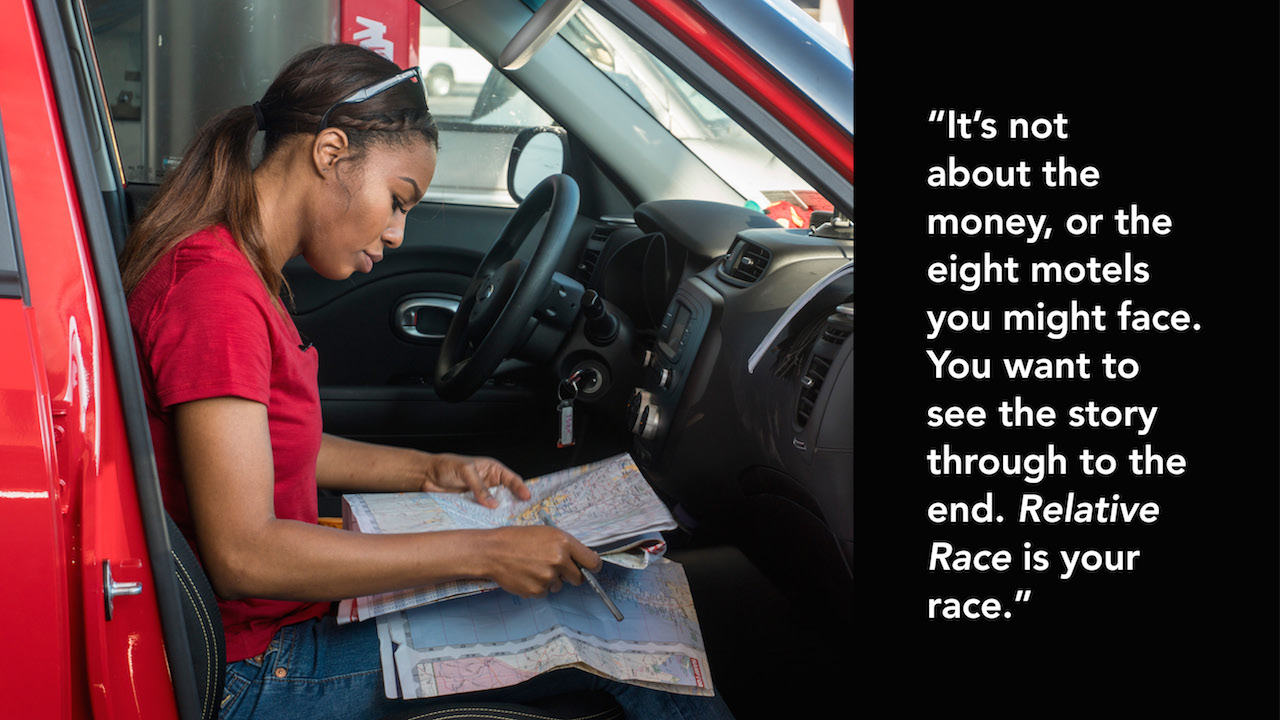 I lived abroad for a dozen years. I returned to the states just three short years ago. It’s disconcerting to discover that you can’t really go back home because time has changed things in your absence. What I gained from Relative Race is that America produces really good human beings. My European skepticism was extinguished and I felt a real peace come over me.

In Relative Race, we saw only ten strangers in as many states of America. But, from a trailer in West Virginia, to a homeschooling mom of five in the city, to a retired cop living in a home he built himself in the wilderness—I was shown how perfect strangers are doing a great job quietly in the background while the sensational and ugly dominate our news. We went where no vacation would ever take us, and we saw our countrymen, and they were doing great work in each of their little corners of the world.

The connections and the relationships made even the motels and the hastily-eaten food worth it. I’d do it better next time with all I’ve learned, but I don’t know if I could have as much fun. Lightning doesn’t like to strike twice in the same place. 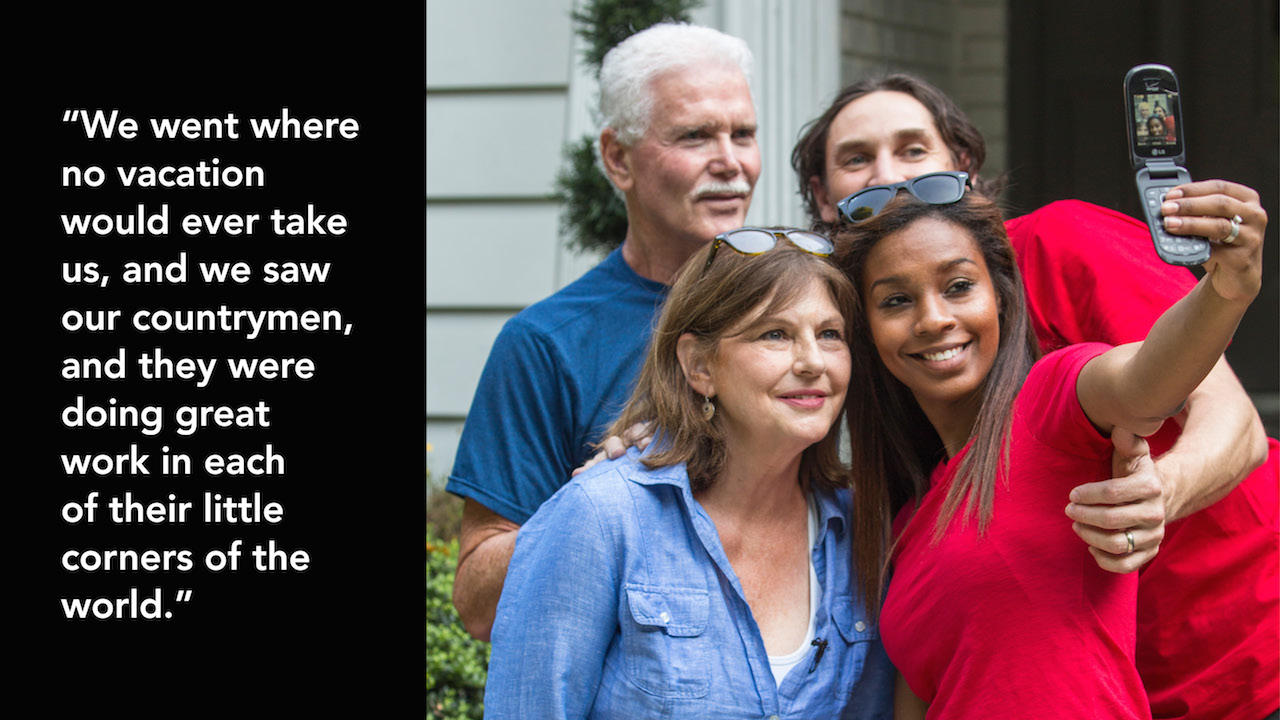 Special thanks to Mark Reber for brilliantly recounting his experience and providing unique insight into what Relative Race is like behind the lens. See if you can spot him at work by watching episodes on-demand right here at byutv.org.