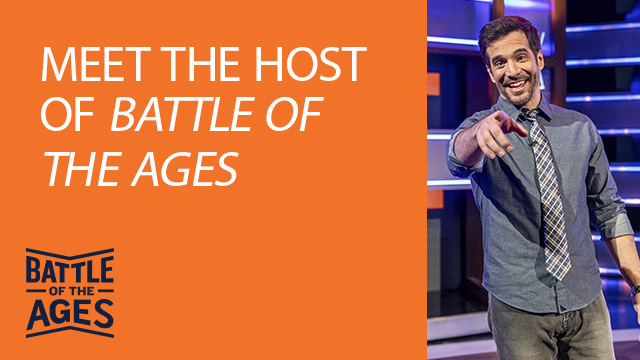 INTRODUCING THE HOST OF BATTLE OF THE AGES!

Battle of the Ages is BYUtv's newest family game show that features three generations battling to win $10,000 by putting their pop culture to the test!

Battle of the Ages host, JD, is here to tell you more about the show and a little about himself, too. Check it out!

JD: I'm JD Roberto. I was born in New York, but I grew up in Wisconsin, and then in Texas, and then back to New York, and then California, and then Florida, so, I'm kind of from everywhere.

BYUtv: What do you do in your spare time?

JD: I play way too much Fortnite with my 12-year-old. I play guitar when nobody else is in the house so, I don't bug them and I'm teaching myself to pick locks, maybe I should have been a locksmith in another life because it's fascinating.

BYUtv: If you could live in any era, which would it be? 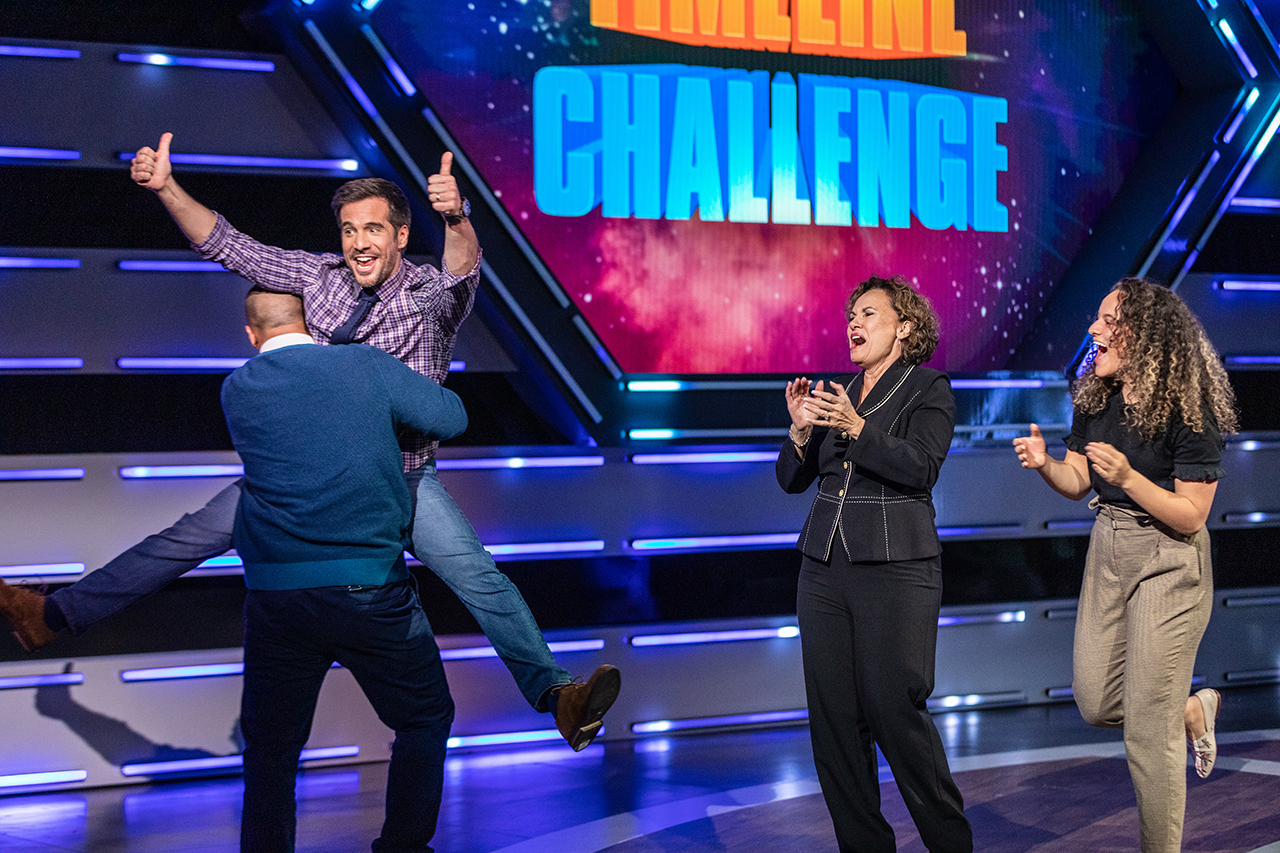 BYUtv: What is Battle of the Ages?

JD: Battle of the Ages is a lot of fun. Battle of the Ages is three generations from two different families competing in a bunch of different questions and challenges. The goal is really to make the families work together, to help the teenagers learn that their 70-year-old grandma actually has some really interesting knowledge, and to help grandma learn that just because the teenager's on Instagram all day doesn't mean they don't know anything.

BYUtv: What does a day on set look like?

JD: A typical day on the set starts pretty early, we do a briefing on the set about the contestants and all the games that we're going to play, then I do hair and makeup which takes a long time because it's not easy to make this pretty. And then we do the show. We bring the contestants out, we turn on the lights, we turn on the cameras and it's show time. And honestly, that's the most stress-free part of the day because I get to hang out with these fun, interesting families. I get to ask them questions, and best of all, I get to give them somebody else's money. 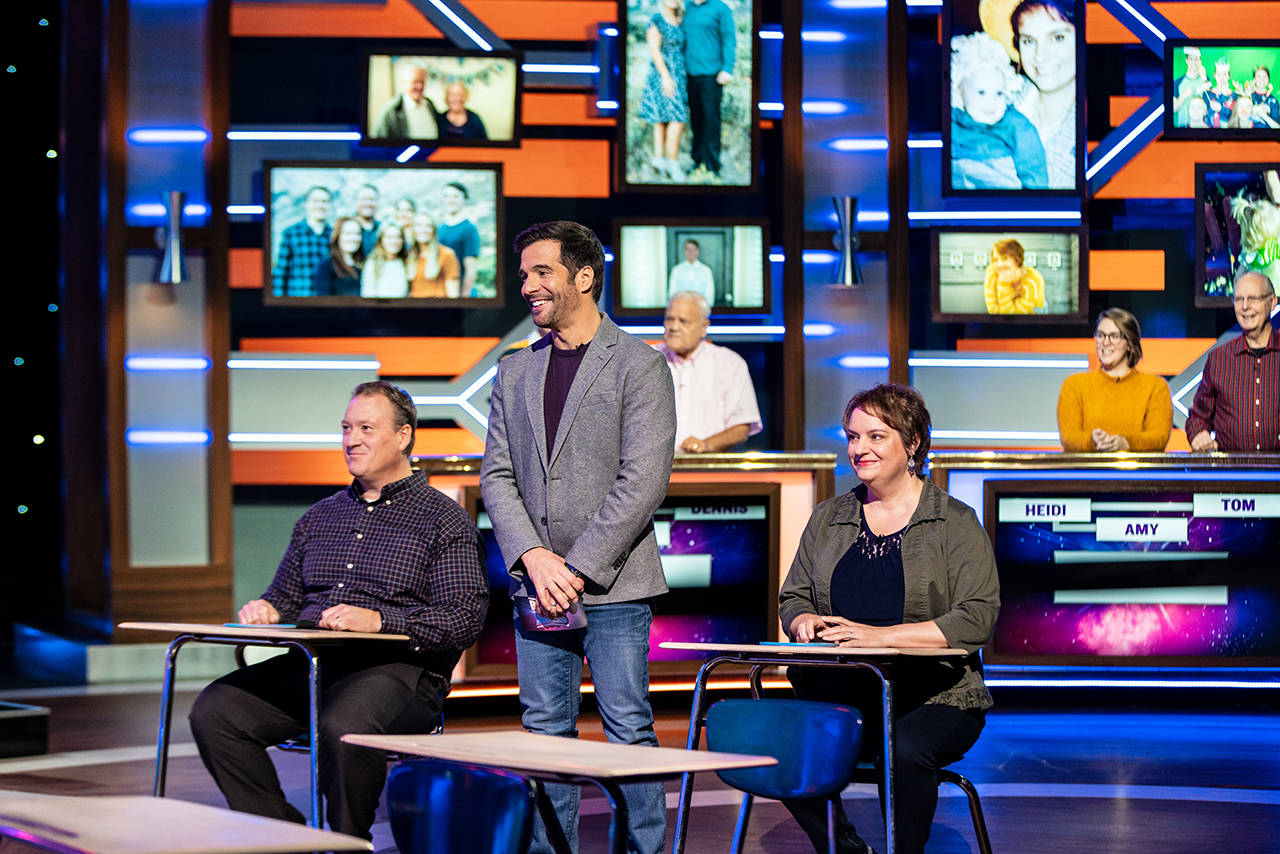 BYUtv: What is your favorite part of the show?

JD: My favorite part of the show is the timeline challenge. It's our very last game and it's one family's chance to win $10,000 and really knowing that they could win real money, knowing that they have to work together as a family and a team to make it happen is fun, it's fun to watch them interact and we give away a lot of money.

BYUtv: What can viewers look forward to?

There's not enough shows that the whole family can watch together and have fun, and Battle of the Ages is definitely that. I just want people to tune in and play along. I think you will find that the questions are fun. The challenges are interesting. If you watch a couple episodes of Battle of the Ages, you're gonna want to bring your family on the show, and we want you to.

DON'T MISS THE PREMIERE OF BATTLE OF THE AGES 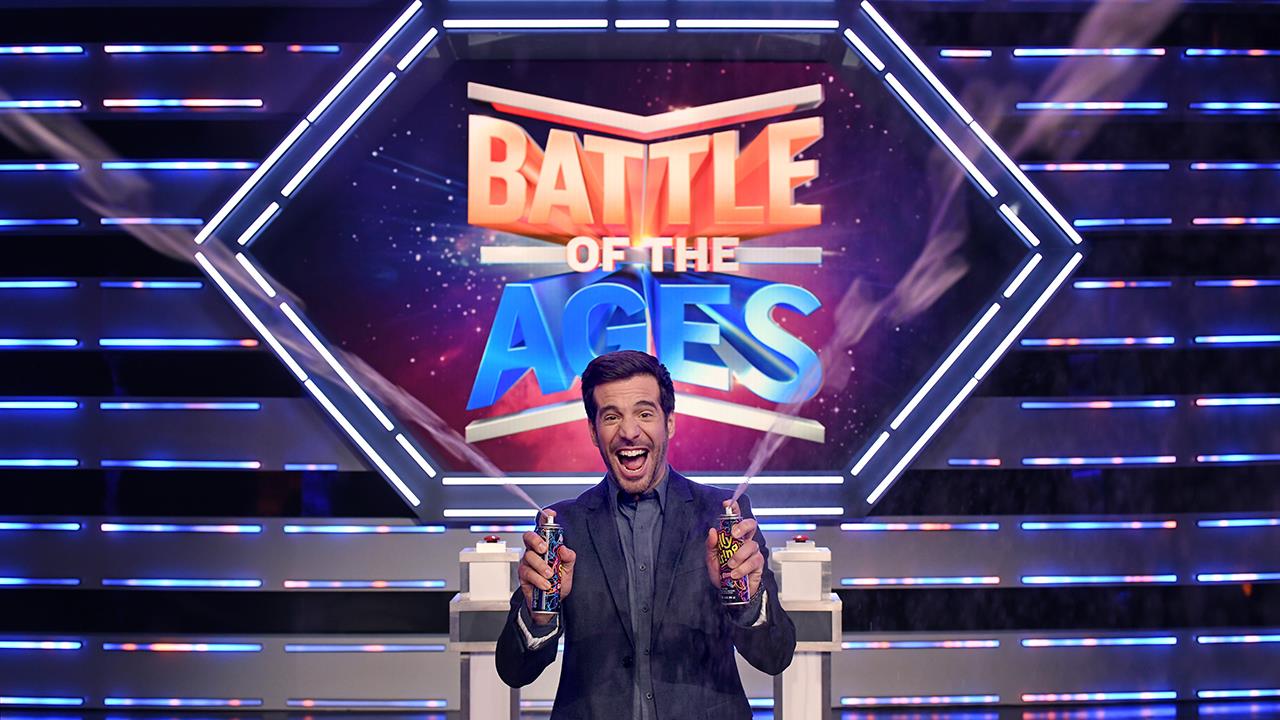