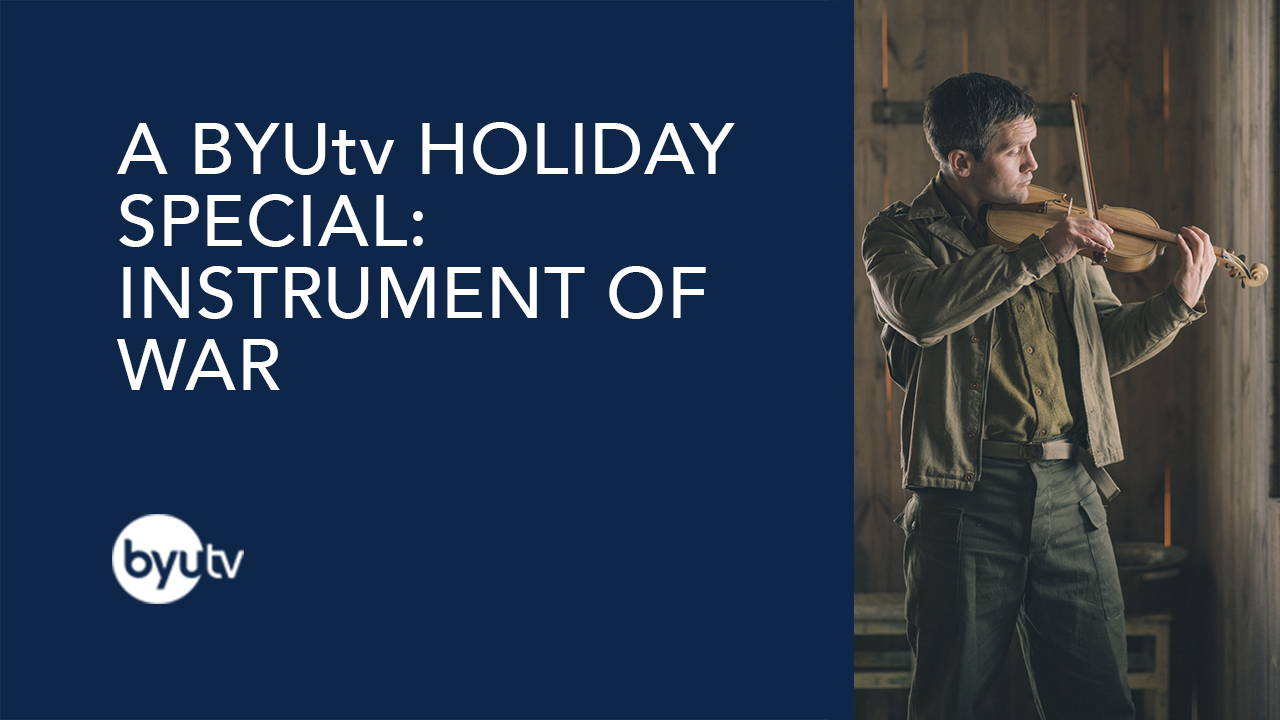 BYUtv is proud to present a holiday television special, Instrument of War that will air on Thanksgiving at 6pm MT. Instrument of War is an originally scripted, 90-minute film, that is based on first-hand accounts of Clair Cline, an American Pilot who is captured and put in a Prisoner of War Camp. To help maintain his sanity as a Prisoner of War, Cline uses his creativity, talents, and strength to bring music and hope into the German prison camp. Instrument of War tells the remarkable story of enduring hardship and finding the beauty in every circumstance. 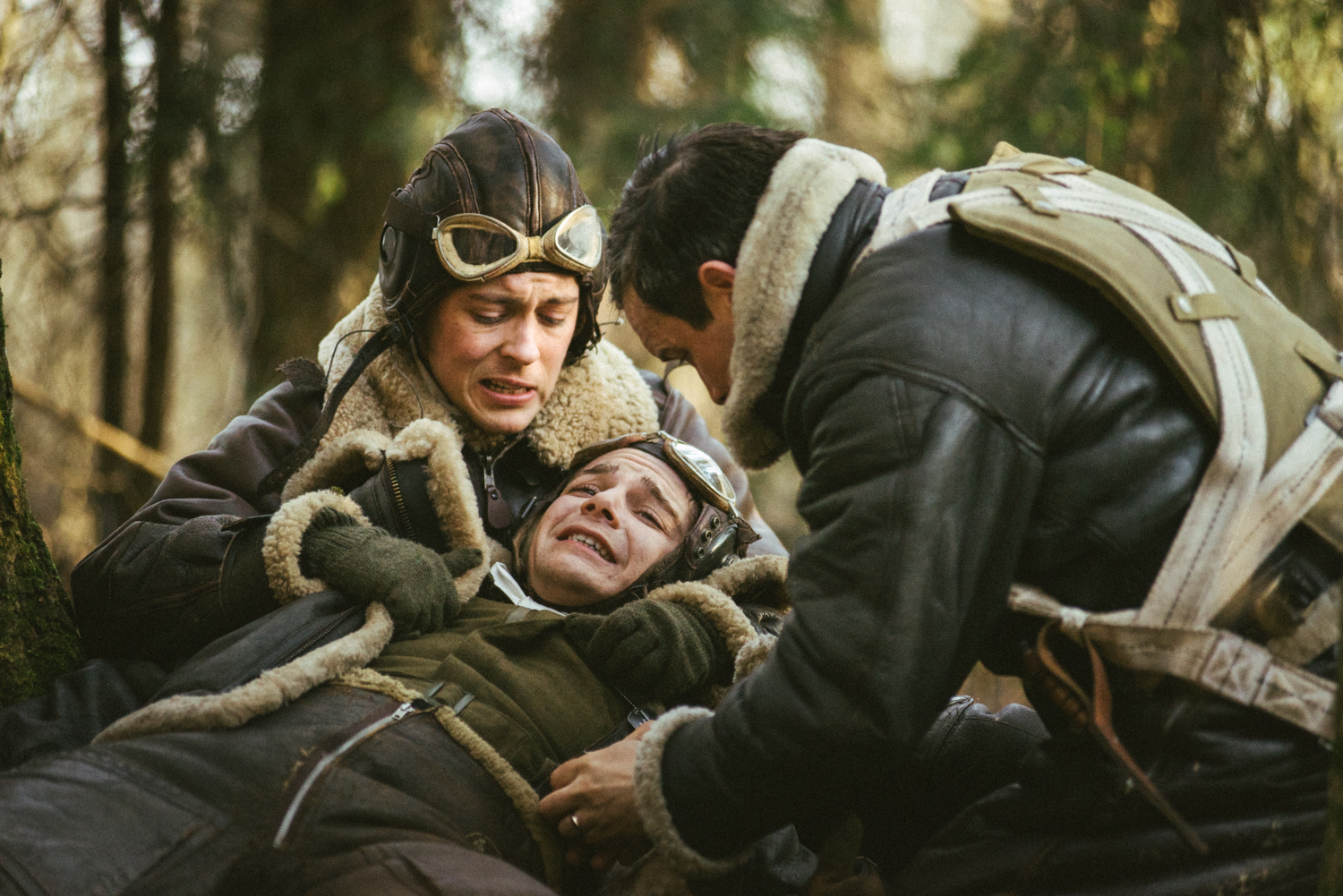 What inspired you to tell the story of Clair Cline?

We were looking for unique stories that went beyond the traditional holiday movie or Hallmark special and came across accounts of a shot down and captured US Allied Airman that while a prisoner in a Nazi prison camp had ingeniously built a violin. At Christmas time, he played carols for his fellow POWs. This lifted their spirits and brought much needed hope, beauty and solace. We knew immediately there was powerful story there.

What made you cast Jack Ashton as Clair Cline?

Jack Ashton, is a wonderful British TV and film actor. He can play a quiet, tough guy in an emotionally wrenching position which suited the role well. Surrounding Jack is an incredible ensemble of highly skilled and nuanced actors that brought each character to life as multi-faceted individuals rather than stereotypes or caricatures.

Tell us about the set and how you brought to life a POW camp.

We chose to film outside of Vilnius, Lithuania at a compound that had a few great old masonry buildings and an open area that were the perfect beginning of a POW camp. We built guard towers, barbed-wire fences, and the facades of three and a half barracks buildings and topped it of with a flag pole bearing the Nazi flag. It made a wonderful 360-degree set for us that really put everyone in the right frame of mind. The rest of the camp—all the additional barracks, fences and period vehicles--was comprised of computer-generated set extensions. 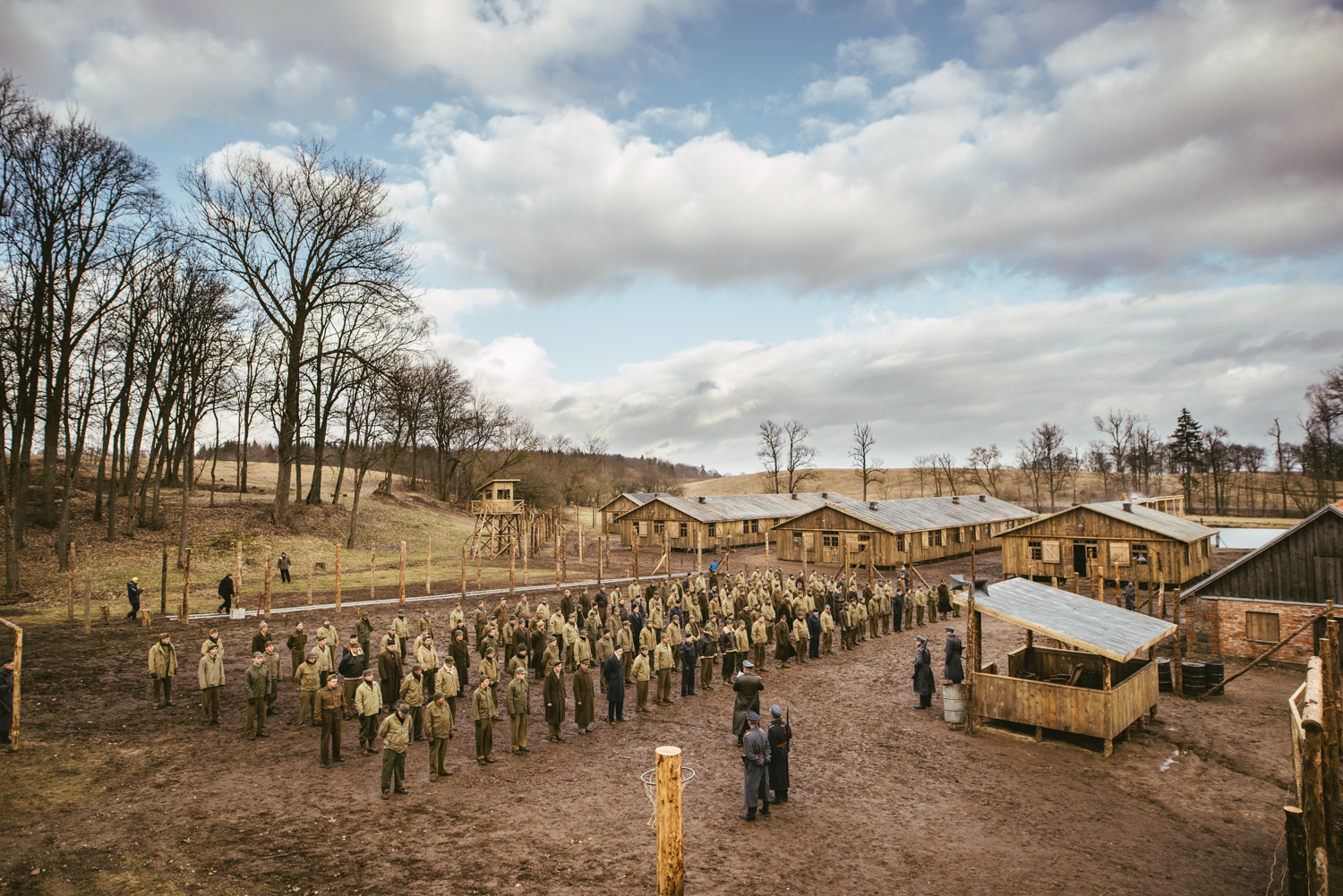 Tell us about the process and the emotions behind re-creating and accurately portraying the horrific life in a POW camp.

We’d been working closely for several weeks with the art department to create the authenticity of the camp, but it didn’t completely hit home until the first day we walked out on set and looked up and saw that Nazi flag flying over it all, saw German guards with machine guns watching from the towers and barking German shepherds being restrained as the POWs were marched into the camp. We were instantly transported to that time and place.

What kind of research is involved with creating a film based off of first-hand accounts?

Matthew Whitaker, screenwriter, has a history with and love of this genre and his father was a B-24 pilot. We worked closely with the Cline family to understand everything Clair talked about and left behind and then created composite characters for the supporting cast based on myriad accounts of other POWs.

Creating a feature-length film based on first-hand accounts typically involves approaching the story on several fronts. You mine everything you can from whatever was shared by those who actually experienced it. This will often provide “the skeleton” of the story, but to flesh it out, it’s necessary to dig into other sources. With Instrument of War, we had a relatively brief first-hand version as recounted by Clair Cline to a journalist a number of years ago. Unfortunately, Mr. Cline had passed away and we were unable to locate much in the way of other first-hand accounts from prisoners of war who were there when Clair built the violin, except for a few who mentioned in passing that another prisoner had built a violin in the camp and played it for the prisoners and guards.

Our best source of additional information would come from extensive conversations with the children of Clair and Annie — particularly their oldest son, Roger. He and his siblings had heard the story many times from their parents and had grown up hearing their father play the actual “prison violin”. Roger was able to share insights and perceptions that added color and hue to his father’s experience, with insights not only into some of the details of the story, but also into the character and personality of his parents. An additional key source of information came from personal letters between Clair and Annie during his imprisonment that the family shared with us. These heartfelt letters, along with Annie’s daily diary that she kept during this time opened a window into this story like nothing else could. This informed the decision to bring Annie much more into the story than we initially thought we would. Clair was surviving for her. And he was building this violin as a means to survive — for her. Much of the dialogue in the Annie flashbacks came straight from her diaries as she pined to know how her husband was doing.

Beyond these principle sources, our screenwriter had interviewed many WWII vets, some who had been held in the same camp as Clair Cline. He also relied on the experiences of his father who had also been a B-24 Bomber pilot in the European Theater. This, along with additional research, provided the “flesh on the bones”. Then it was just a matter of weaving in other characters and experiences and creating a cohesive story that would not only be faithful to Clair Cline’s specific experience, but would also reflect the broader experience of the thousands of allied prisoners of war held in Nazi Germany.

While both are holiday movies, how do Winter Thaw (last year’s award winning BYUtv holiday film) and Instrument of War compare in terms of similarities and differences?

Both films are about individuals finding hope and not giving up. We love this kind of film. In Winter Thaw the notion for Martin the Cobbler was “It’s Not Too Late.” In Instrument of War it’s the idea that, how you face your trials makes all the difference.

As the Producer and Director of Instrument of War, what do you hope audiences take away from this film?

We hope audiences take away a renewed sense that no matter what you’re facing and how dark your trials may get, the sun will come up again. But equally important to holding on to hope is how we face the difficult times. It’s how we face the journey that makes all the difference when the sun does come up. 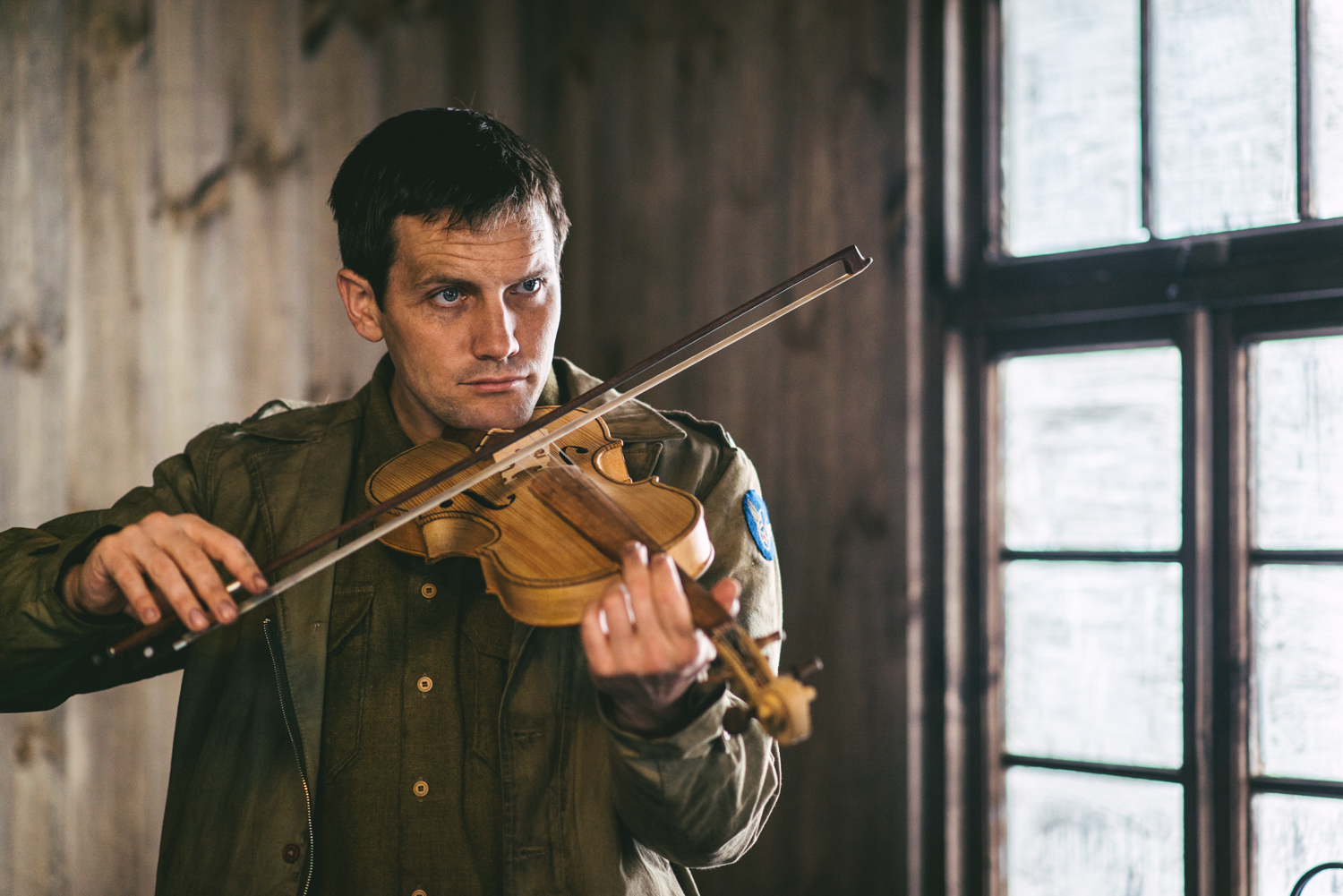 Gather your loved ones together and watch this inspiring holiday special on Thanksgiving day at 6pm MT, right here on BYUtv.