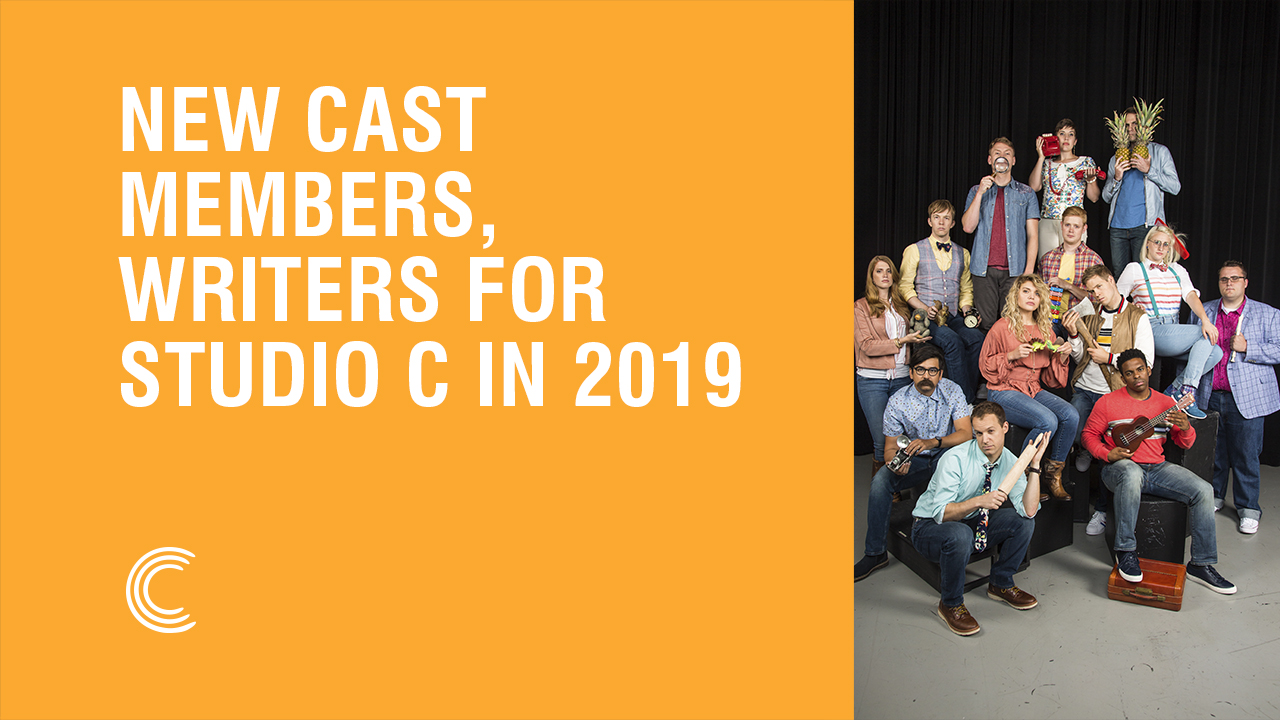 PROVO, Utah, August 9, 2018 – Family entertainment network BYUtv today announced that it will add new cast members for the hit sketch comedy series “Studio C” at the conclusion of season 9. The original 10 cast members plan to leave Studio C at the end of this season to pursue a new venture. In addition to new cast members, the show will incorporate additional writers for its landmark 10th season.

“When we created ‘Studio C,’ we couldn’t have scripted any better its path to success,” said Michael Dunn, managing director of BYUtv. “We believed there was a market for sketch comedy both kids and parents could enjoy together. The founding cast enabled us to prove this concept beyond our expectations, igniting an amazing fan base and market for family comedy.

“We are incredibly grateful to these 10 founding cast members of ‘Studio C’ and excited for them as they spread their wings and pursue new opportunities outside of BYUtv. We are equally enthusiastic about the opportunity ‘Studio C’ has created to find, develop and share new talent in the family sketch comedy space.”

Since it launched in October 2012, “Studio C’s” unique content and comedic style has gained a loyal and diverse national fan base. BYUtv’s YouTube channel views have increased from 500,000 in season 1 to over 1 billion today, with individual sketches being shared across a range of digital platforms.

“On behalf of the entire founding cast, we thank BYUtv for giving this crazy idea a chance and putting the weight of its powerful platform behind it,” said Matt Meese, the co-creator of “Studio C” who originally pitched the idea to BYUtv. “We worked as hard as we could over the past six years to bring accessible family comedy to an underserved audience and decided this was the right time to create something on our own. We can’t wait to see a new generation of ‘Studio C’ talent developed and strongly believe ‘Studio C’ is the perfect platform for undiscovered comedic actors and writers.”

On Friday, Aug. 24, the entire cast is performing live in NYC for the first time ever at Manhattan Center’s Hammerstein Ballroom in “Studio C – Live from NYC” at 6:30 p.m. and 9:30 p.m. ET. In addition to his hosting duties, Thompson will join the cast in hilarious original sketches that will air as the season 9 premiere on Monday, Sept. 10 at 9 p.m. ET/7 p.m. MT. The ticket sale proceeds from this event will benefit Make-A-Wish Metro New York, the organization that creates life-changing wishes for children with critical illnesses.

For more information about casting and writing for “Studio C” season 10 visit BYUtv.org/studiocsearch.