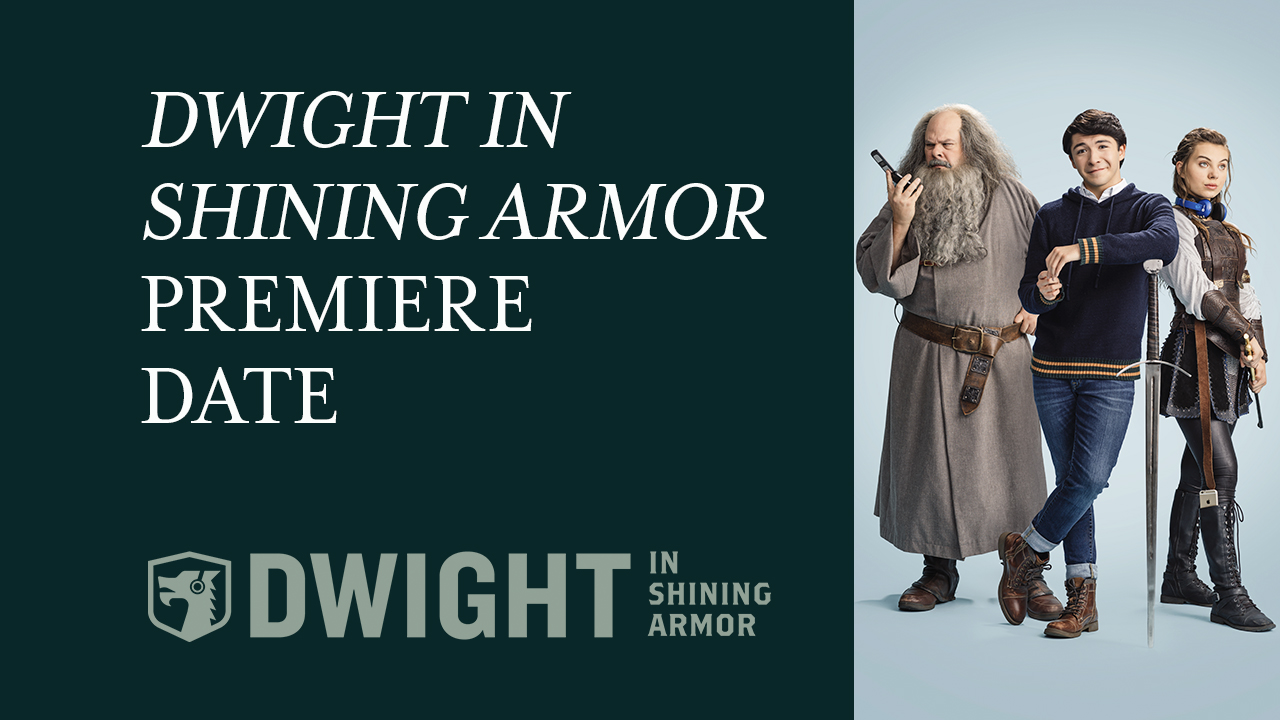 Announcing the Premiere Date of Dwight in Shining Armor

We are excited to announce the premiere date of Dwight in Shining Armor, BYUtv's newest original scripted adventure comedy series!

More About Dwight in Shining Armor

One day, while Dwight is out taking pictures of the endangered belly button owl, he takes a wrong step and falls into an ancient chamber. As fate would have it, he lands lip-to-lip with a sleeping gothic Princess named Gretta, who has been under a spell for over one thousand years.

Immediately, Princess Gretta is awakened, along with her Court Magician, Baldric, and her hordes of enemies. And while Dwight’s “kiss” was a total accident, that doesn’t stop the spell from being broken and Dwight instantly becoming Princess Gretta’s champion. 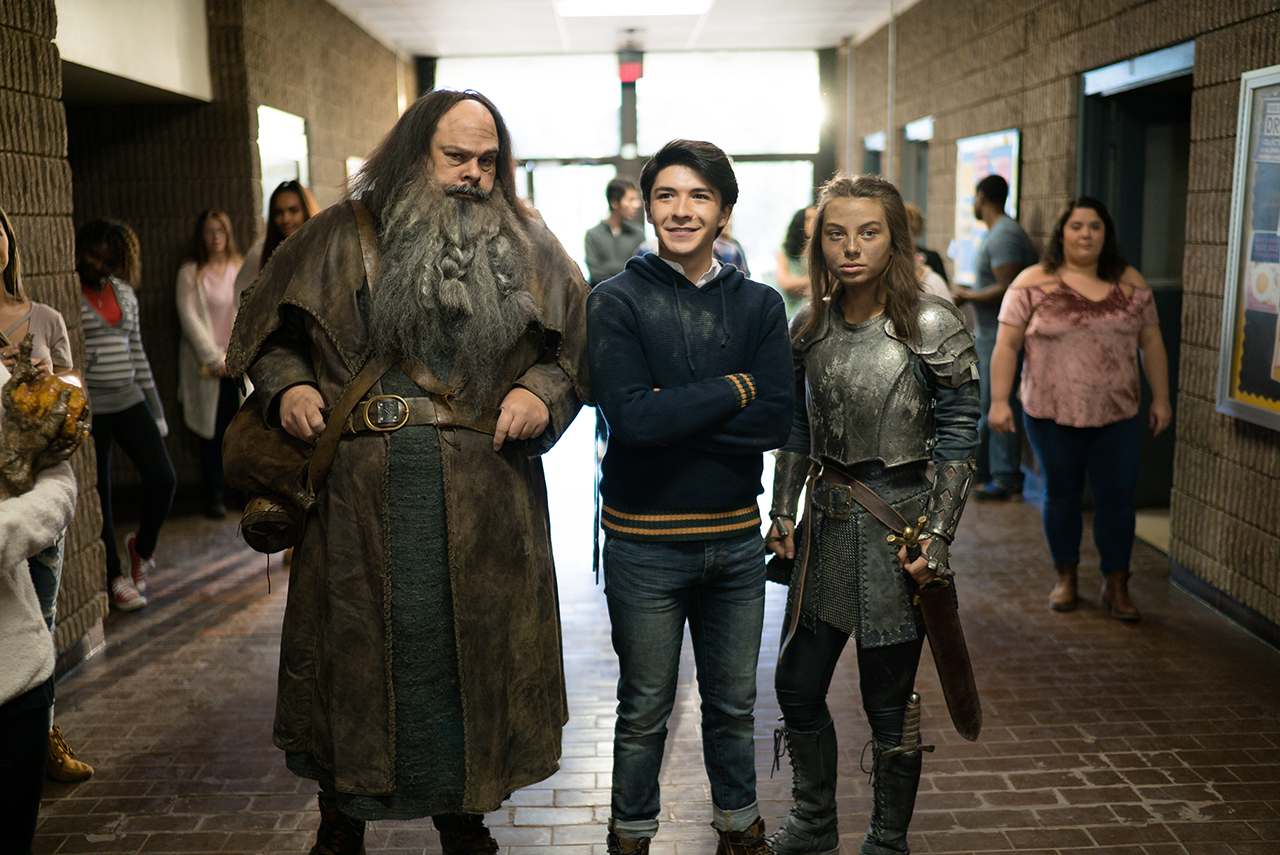 Can Gretta and Baldric survive in the twenty-first century world, where cell phones are more important than swords and t-shirts have replaced armor? Can Dwight become the champion of a gothic princess with only community service, a freshly dry-cleaned sweater, and straight A’s under his belt?

We sat down with the show creators, LeeAnne H. and Brian J. Adams, to give you the ultimate insider look at Dwight in Shining Armor. Check it out!

Don't Miss the Epic Premiere of Dwight in Shining Armor!

Join us on BYUtv on Monday, March 18, 2019, at 7:30 pm MT to witness the worlds of modern chivalry and medieval mayhem come crashing together in perfect chaos. 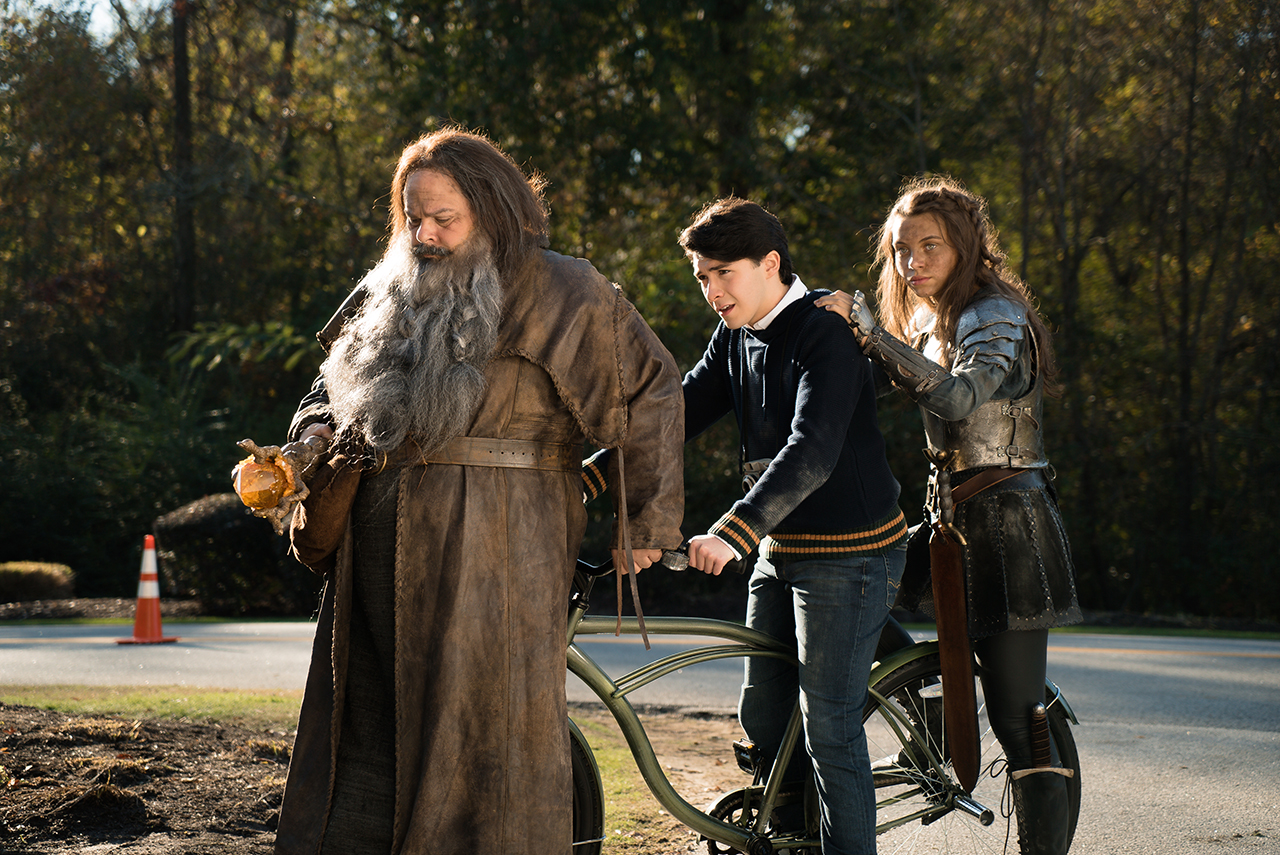