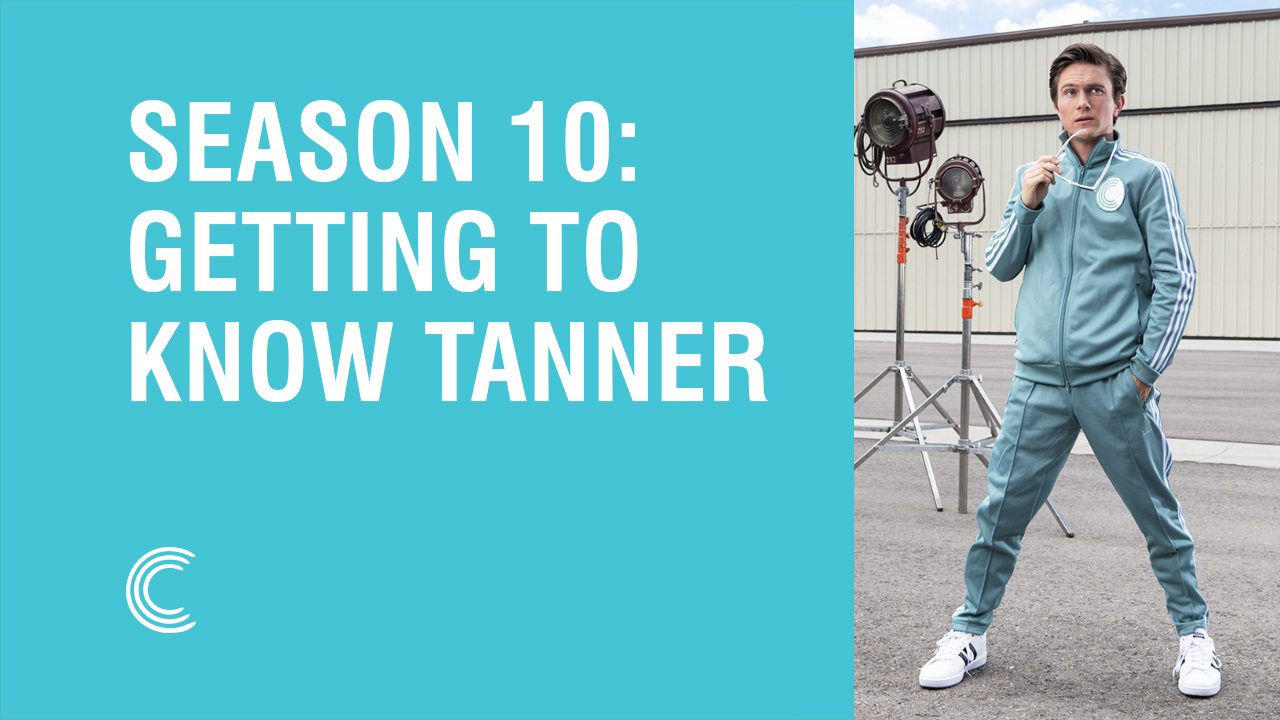 He's a man with a plan—it's Tanner Gillman! Scroll down to meet the final gent on the Studio C Season 10 cast and find out exactly what his plan is for a future acting role.

Afterward, be sure to check out the other cast members we've highlighted so far: April, Arvin, Austin, Dalton, Garet, Ike, Jessica, Jetta, and Matthew. 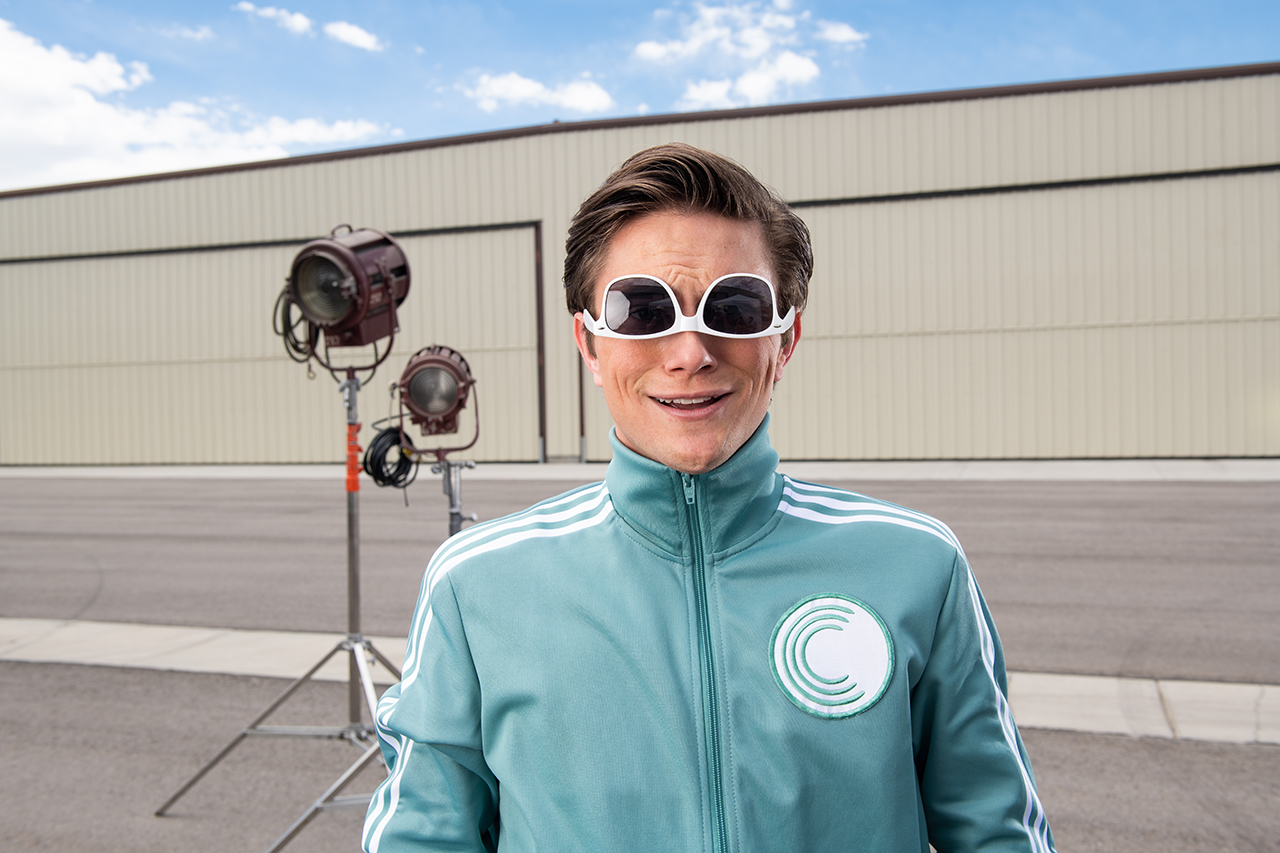 Where you’re from: St. George, Utah 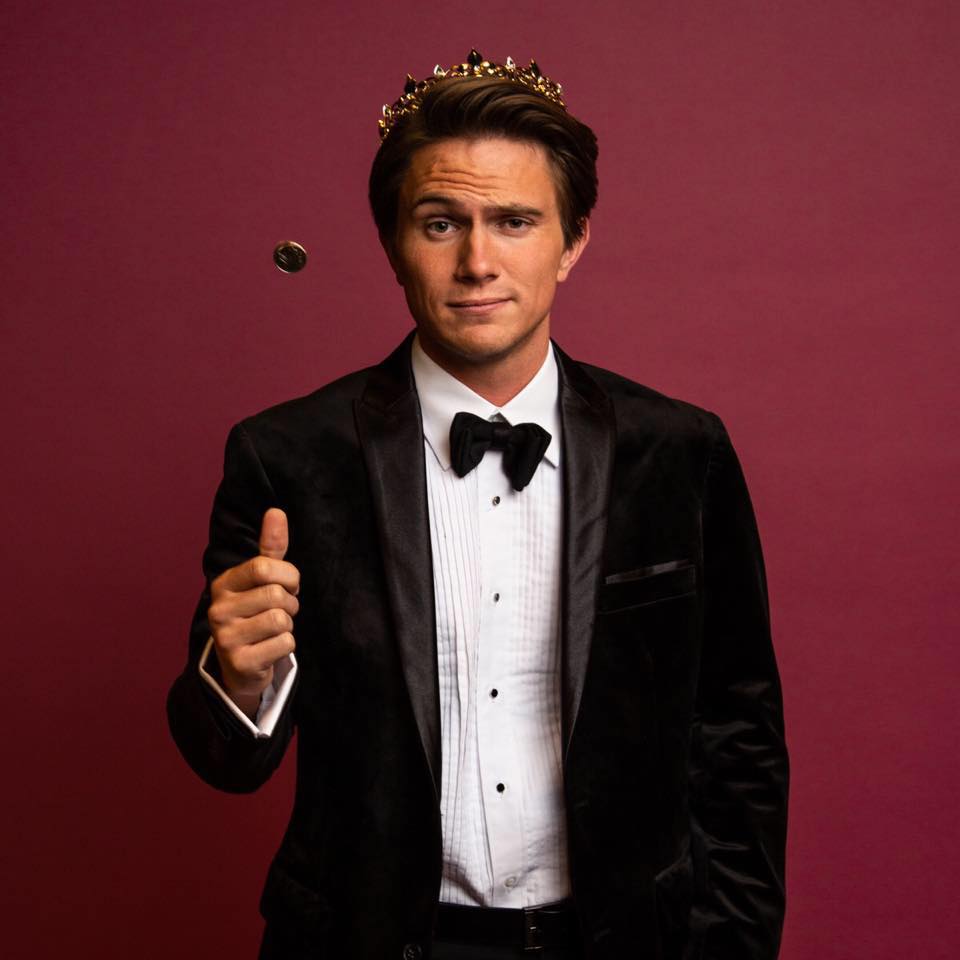 —A Tanner in his natural habitat: a bow tie, a smolder, and the undying smugness ready to be smacked right out of him. He's not really smug though. It's a bit. He has serious self-esteem issues.

The last book you read: The False Prince. It's the only book I read. Besides maybe The Book of Mormon and also the Michael Vey series. I've read it eleven times. I have problems.

If you could be any character in a movie, it would be: Okay, so, this is the part where anyone reading really starts to see how obsessed I am with certain things. I'm a freakin' fanboy and it's an issue. I don't really want to play any character in a film that already exists, BUT—Paramount recently optioned the rights to the film adaptation of The False Prince, AKA the best young adult fantasy novel ever written, and I'll be dad-gummed if I don't get the chance to audition for the lead. I've straight up gone to the author's book signings and been like, "Yo, I don't know if you know this, but I'm going to play your main character in the movie of your book someday," and she's like, "For the last time, Tanner, this is not a book signing. This is my house. Please leave before I call the cops." But yeah, that's going to happen. And, anyone who says that a guy in his early 20's can't play a teenager in a movie, I'd like to point you to every movie with teenagers as the leads ever made. Hint: They're all really 37.

The color you wear the most is: Light blue and dark green. I also love atrocious sweaters. 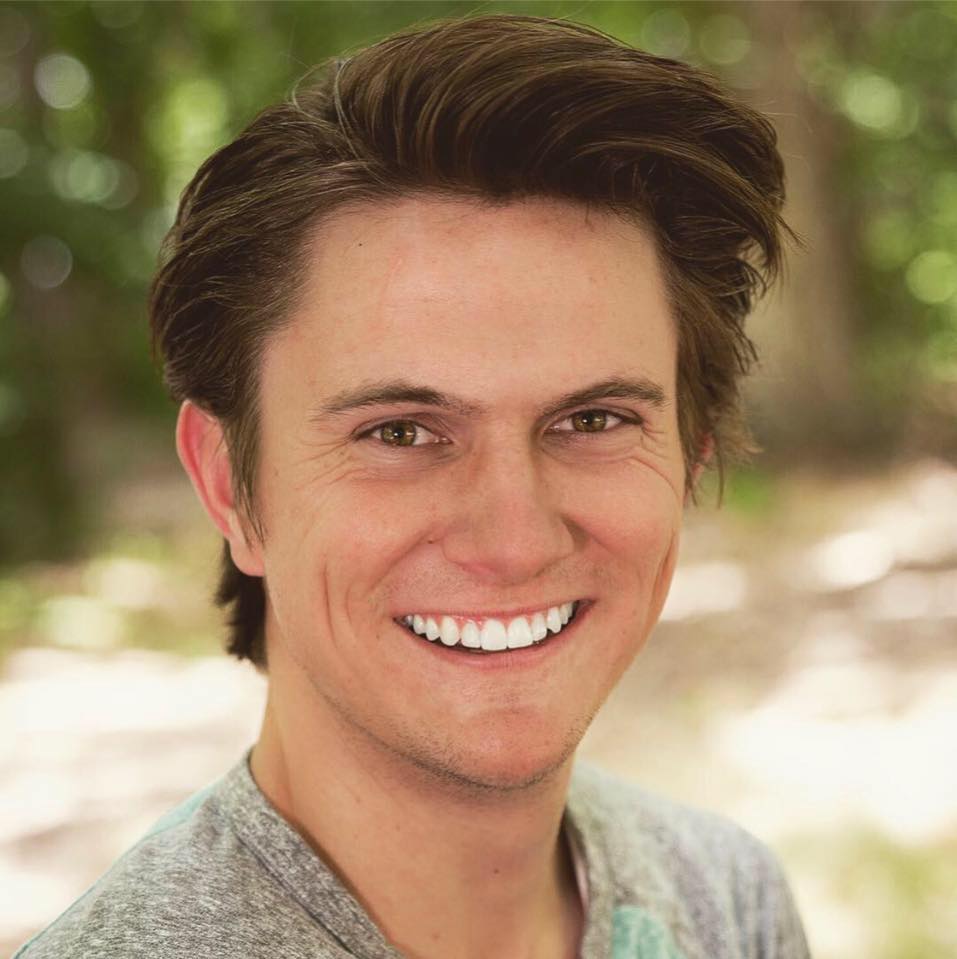 —Headshot photo of me smiling on the day I forgot to shave. Boi got some scruff on my chinny chin chin.

Your favorite memory with a cast member is: One time Jetta and I went to Universal Studios and rode the Harry Potter ride. Except it was malfunctioning, so it just stopped halfway through, and we sat there staring at Daniel Radcliffe's CGI tush on a broomstick for like three minutes, and then suddenly, with no warning, the ride kicked on, and it throws you straight into a field of dementors, and I screamed SO LOUD. I was so terrified and screamed like a small child, and everyone on the ride was like, "What just happened?" Jetta laughed at me all day.

Name 5 things you do in your free time: 1. Play the drums. 2. Play with my dog. 3. Go on dates to fill the endless void inside of me. 4. Work on screenplays and personal acting projects. 5. Draw cartoons!

The one food you could eat every day for the rest of your life is: Barbecue Chicken Pizza. Minus the onions. Get them boys off. 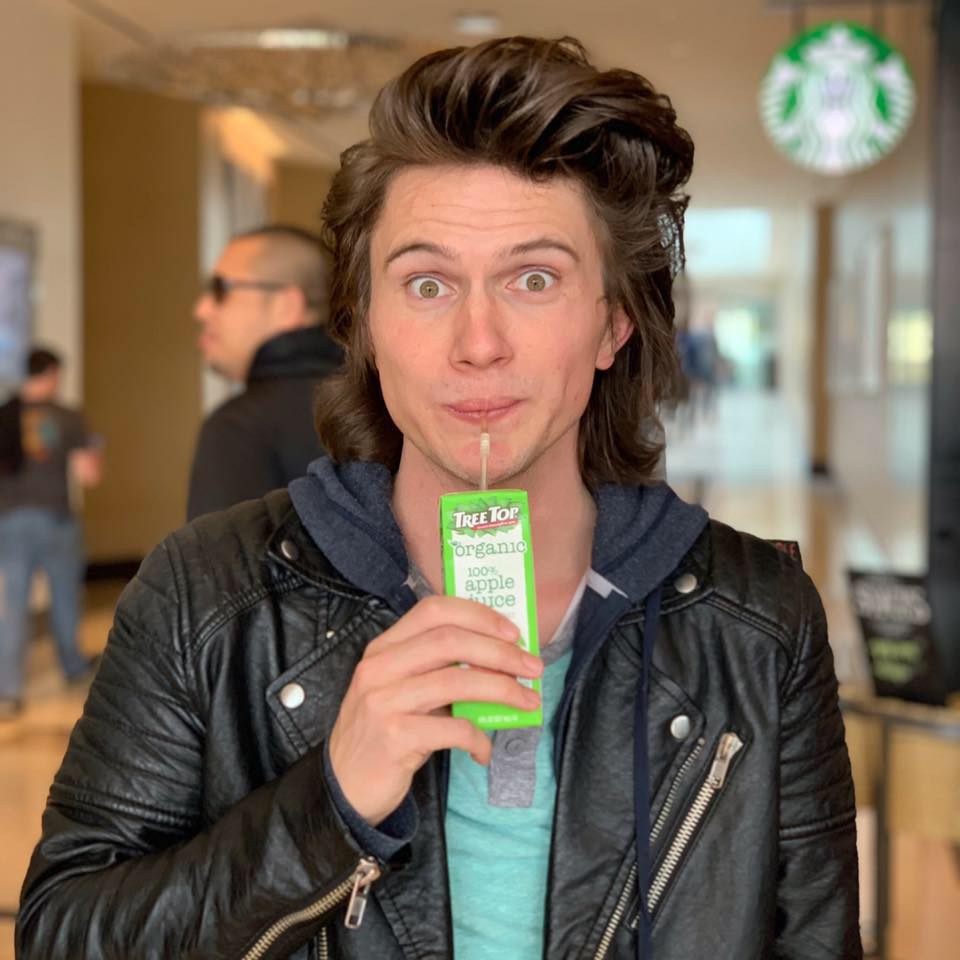 —Candid taken of me in Las Vegas with a juice box. Despite what my hair looks like, I was not homeless during this time.

Tell us about your most memorable first (first kiss, first day of school, first comedy show, etc.): My first kiss was real bad. I had just turned 16, and I was dating my 18-year-old cougar of a girlfriend—let's call her "Natalie." I went to a performing arts charter school where there was, like, one guy to every 200 women, so my prospects for getting a girlfriend were vastly improved. We were at the "Ugly Sweater Stachequerade." The theme of this dance was, you guessed it, wearing ugly sweaters and mustaches. Yes, that is something that actually happened. We were far into the night, and we had both removed our fake mustaches because it was 8,000 degrees and there was no A/C in the black box drama room at our school. There we were. Myself and Natalie, slow dancing in itchy, sweat-drenched, alpaca-fur Christmas sweaters, the remnants of fake mustache hair still clinging to our upper lips—and, like every normal person would think in a moment like this, my first thought was, "Yep. The mood is set. NOW's the time to lay one on her." So I did. For exactly one half of a second. It was less of a kiss and more of just me mashing my face against hers and then immediately pulling back. She was like, "Oh . . . that was very . . . High School Musical of you." That's code for "I'm dating a man-child, and that was the worst thing that's ever happened." We dated for like a year after that. I got game. 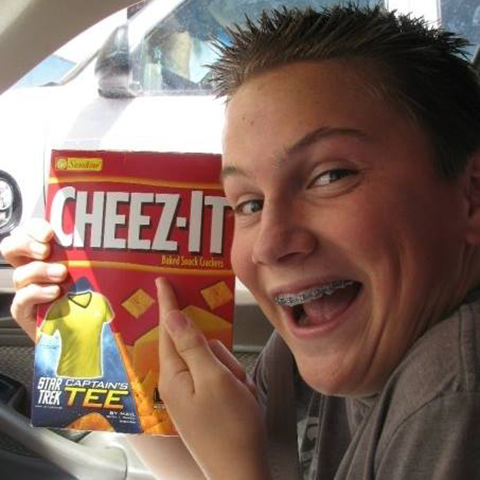 —This photo was taken of me when I was 14, in the parking lot of my therapist's office. That should tell you all you need to know.

You memorize your lines for a sketch by: I record the other actors' lines in the sketch and listen to them on a loop and talk when it's my line, so I get used to responding in time.

Where were you when you found out you made the Studio C cast? I was working at my old film job, which was as a grip! I wouldn't stop grinning the whole night. I was so excited that when I got the call from our show runner, he was like, "Okay, calm down giggles." 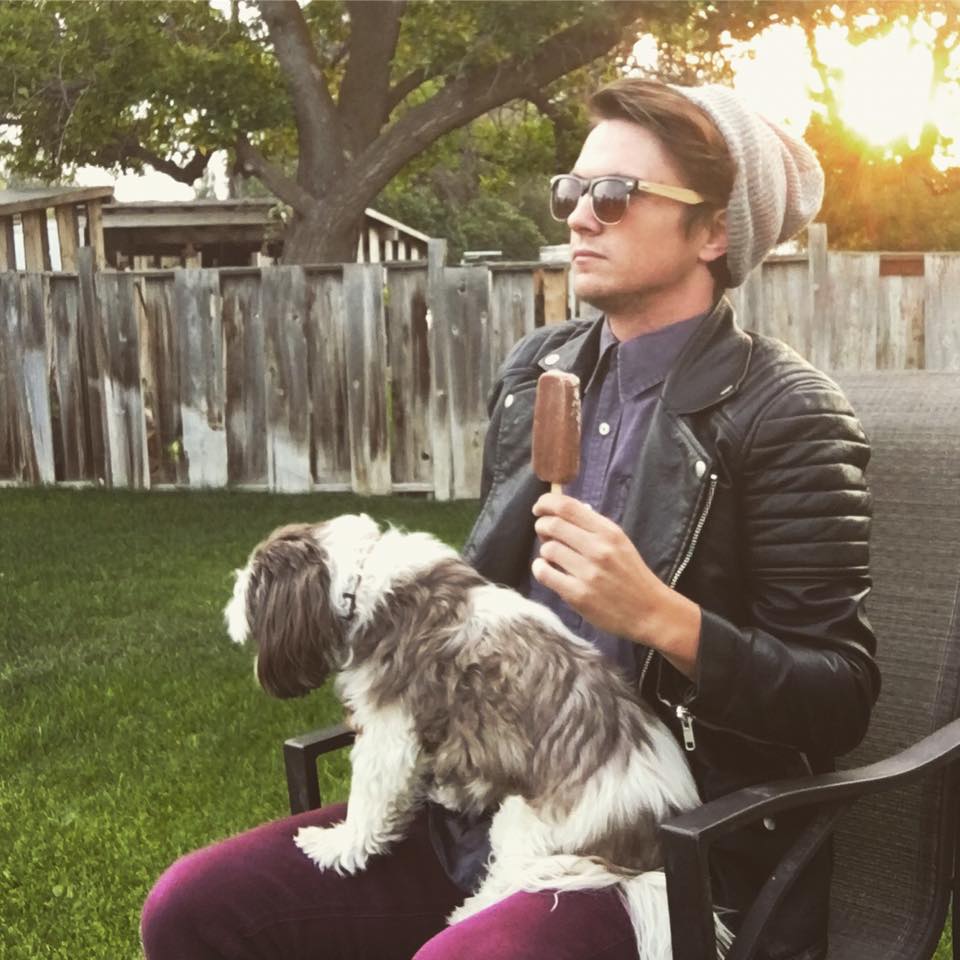 —Me and my Shh Tzu, Bobo, spending some quality time together in the backyard. I love him more than anything on the planet.

What are you most excited for in Season 10? I'm excited for everyone to see it. I truly think the fans are going to enjoy it.

The one piece of advice you’d give to Studio C fans is: Don't let anyone tell you that you can't do something. Even if they're people you care about. If you have a dream and someone tells you that it's unrealistic, but you know it's something that'll make you happy, you work until you get it. If people tell you that you need to compromise what you believe or the values that you hold in order to "make it" in this industry—they're wrong. If you're doing things for the right reasons, it might be more difficult—but I promise you the doors that actually matter will open for you. You got this. 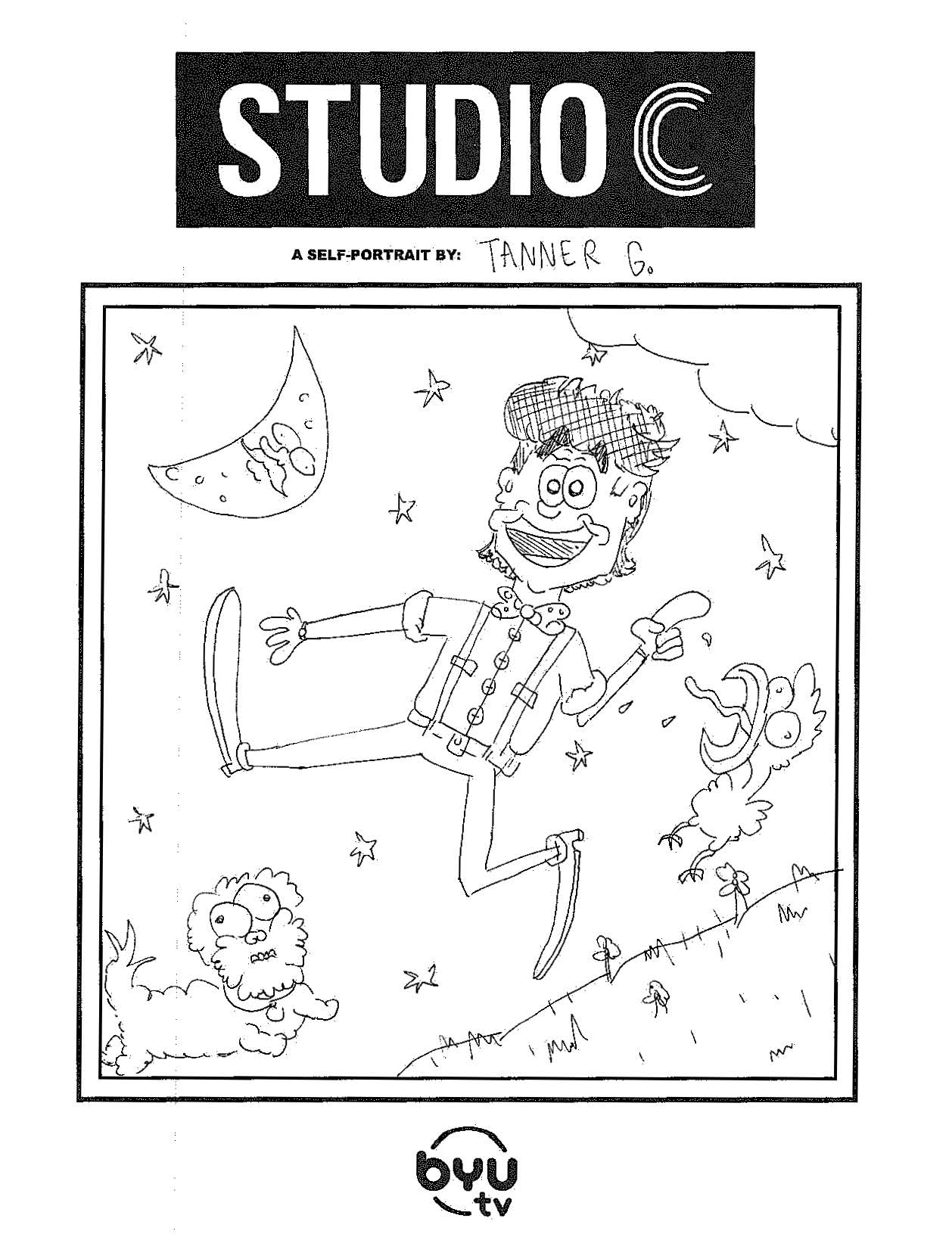 Don't miss the sights, and smells, premiering in Episode 5 tonight, Monday at 8 ET | 5 PT. In the meantime, check out Episode 4 in all its comedic glory! 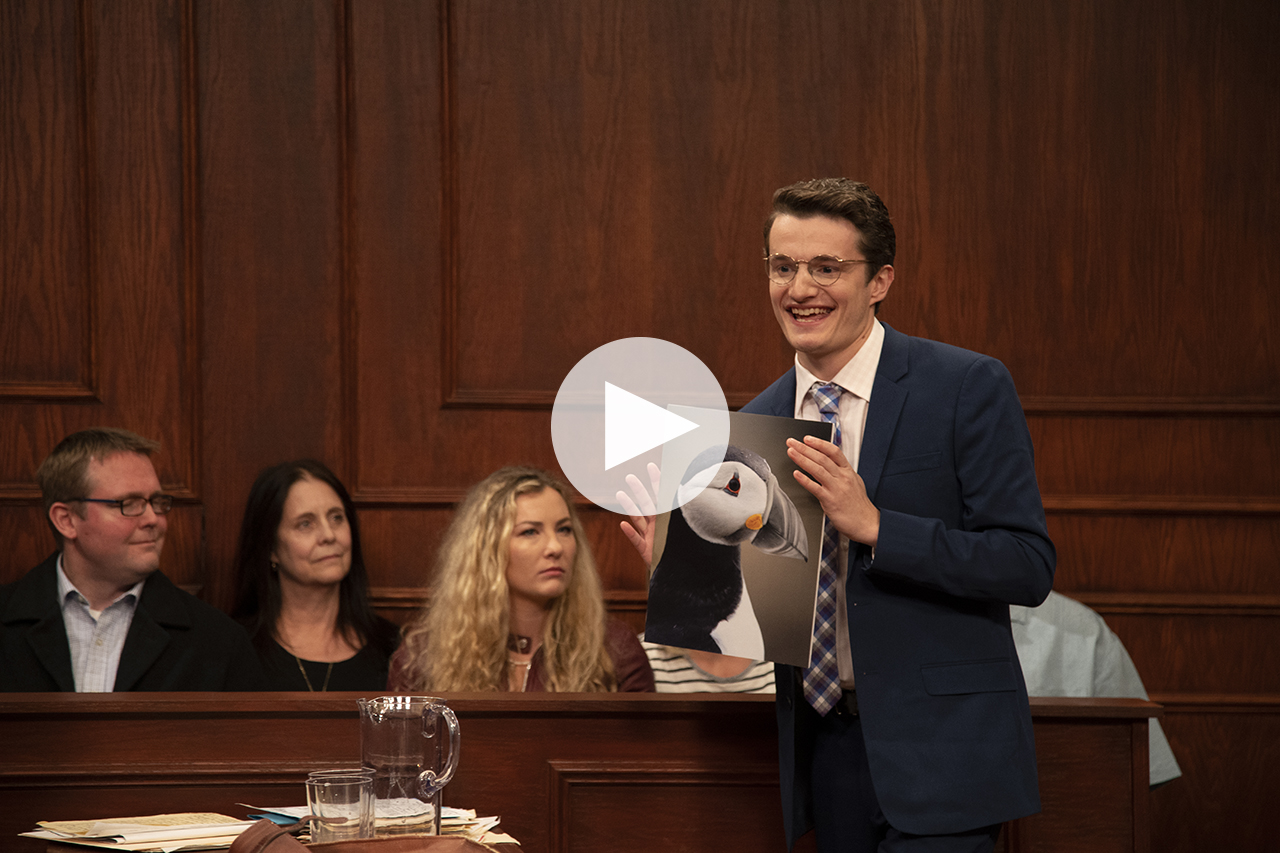 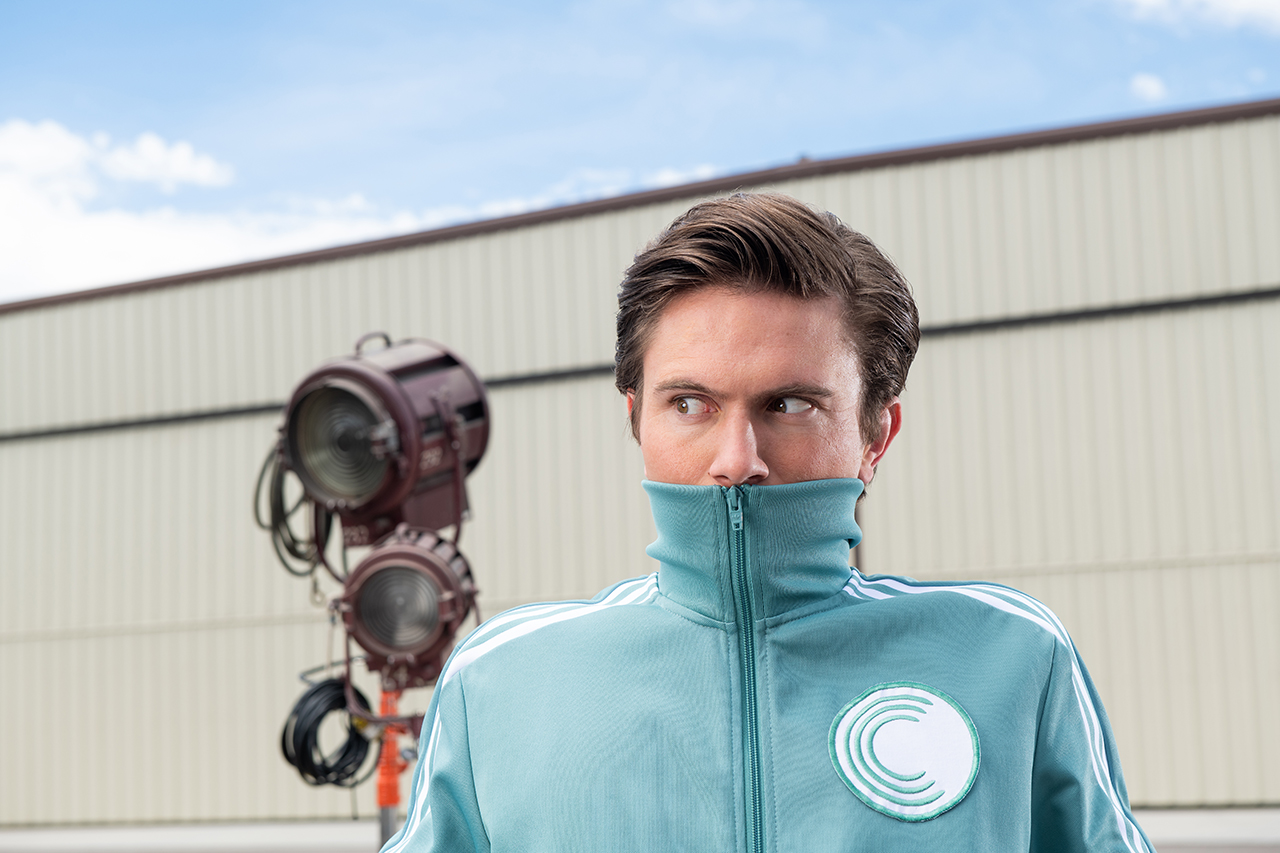