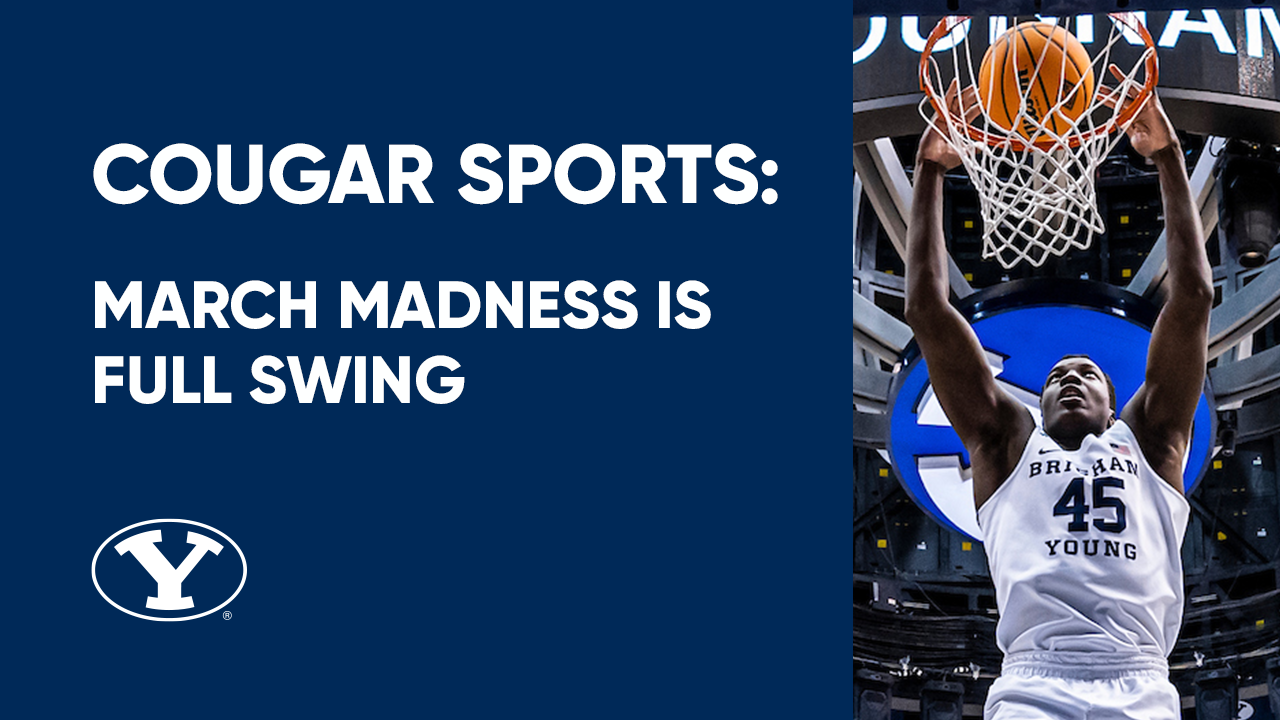 Men’s Volleyball had a bye week this week, but the rest of Cougar Sports definitely weren’t resting; with a few tournament matches and plenty of away competitions, the Cougs proved their resilience on the field and in the arena. Missed some of the fun, but want to be in the know? Get daily updates on BYU Sports Nation.

The Cougars took two wins in the NIT this week against Long Beach State and Northern Iowa. BYU won 93–72 against Long Beach on Wednesday after trailing at the halftime mark. The Cougs shot at 55 percent for the game, compared to Long Beach’s 33 percent. Saturday night in the Marriott Center Cougar Nation watched BYU win 90–71 against Northern Iowa. The Cougs had Gideon George to thank for the high score, as he led BYU with 27 points. No.2 seed BYU will now face Washington State in the NIT quarterfinals, to fight for a spot in the semifinals in New York. 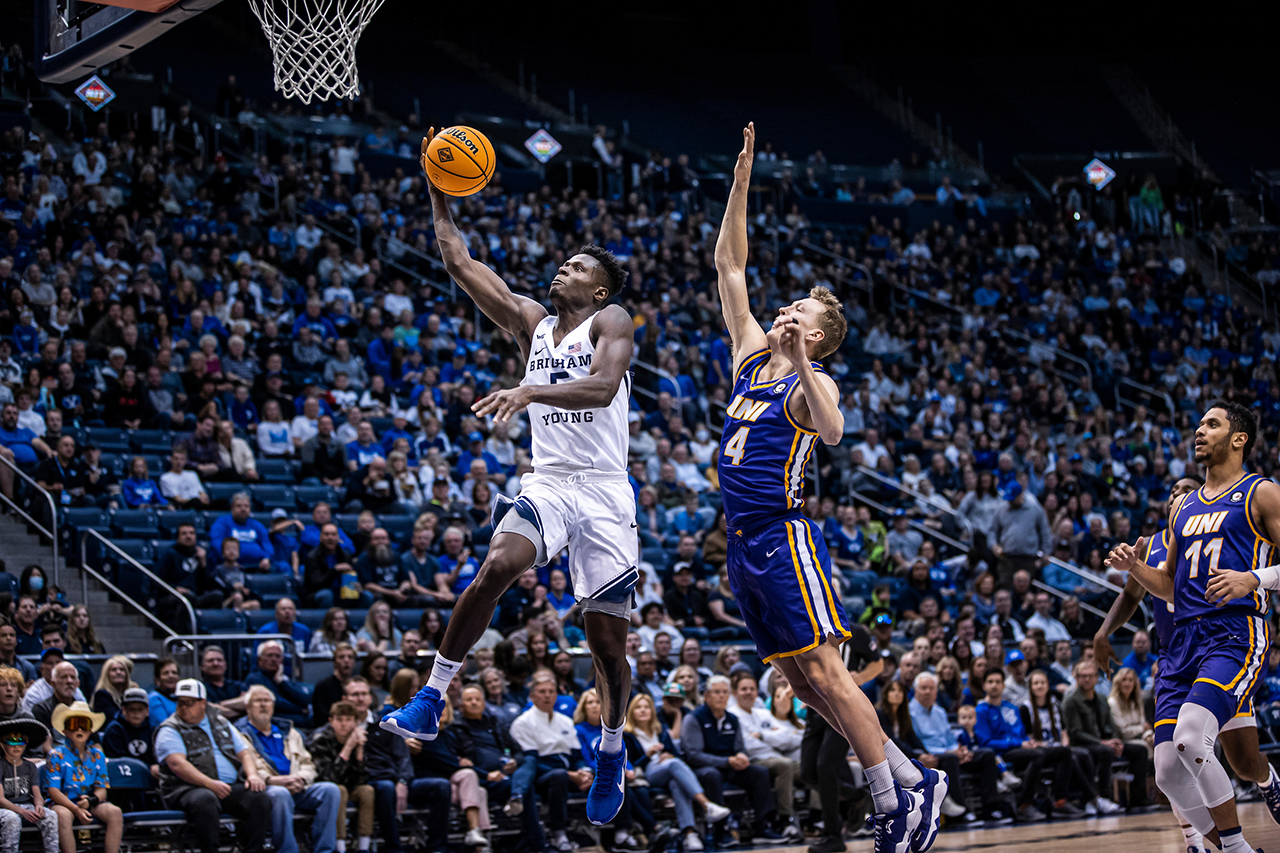 Women’s Hoops took an unfortunate loss to Villanova in the first round of the NCAA tournament on Saturday. The Cougs led by one point at halftime, but a few plays by Villanova secured them the win at 61–57. The loss brings the Cougars’ season to an end, but Women’s Hoops are the real winners here. This year’s team won 25 games during the regular season, more than any other BYU team in history. What’s next for the Cougs? You’ll have to wait until next season to find out! 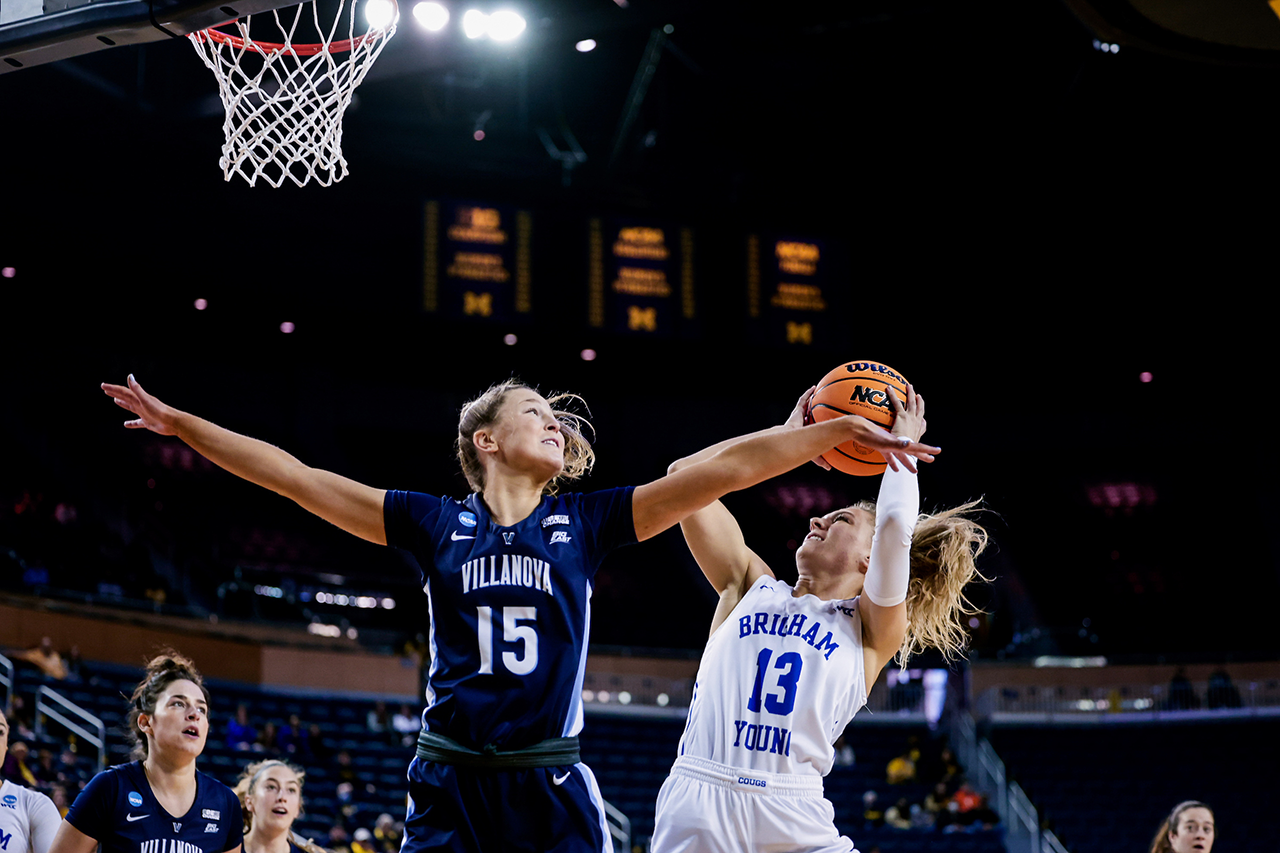 Baseball is back in full swing for BYU, and the Cougs have had an interesting first month. After a few schedule changes over the last month, the Cougars have settled into their bases and have been putting up a good fight. The Cougars traveled to Oregon last week for a three-day series against the Portland Pilots. BYU won 6–2 on Thursday, lost on Friday night 1–11, and took another unfortunate loss on Saturday with a 1–3 final score. The Cougars are back in Utah for their next five games and will face UVU on March 22nd at the UCCU Ballpark. The Cougs will be on home turf against Gonzaga for a three-day series this week, from the 24th to the 26th. Can’t be there in person? Tune in to BYUtv or download the BYUtv app to stay up-to-date. 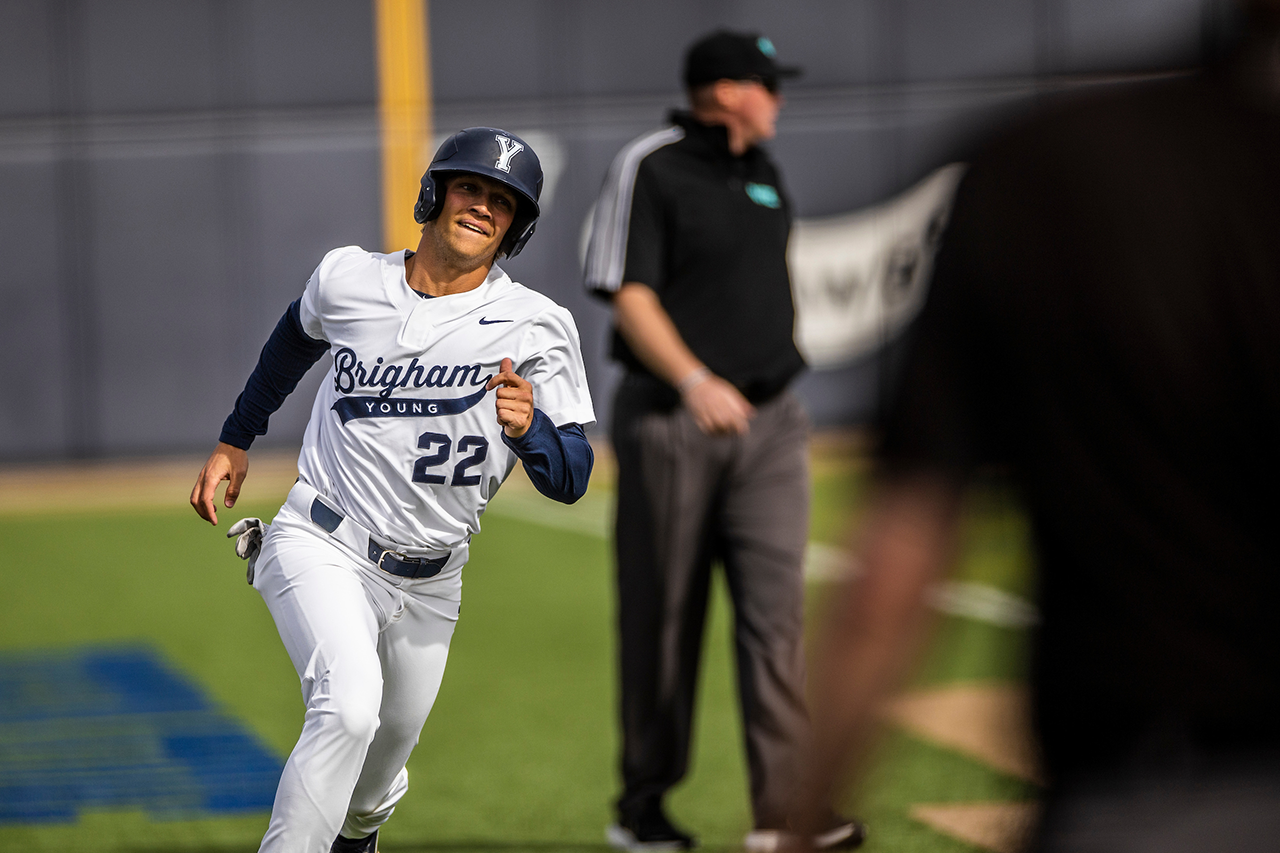 The Women’s Gymnastics team took fourth place over the weekend at the MRGC Championship against Utah State, Boise State, and Southern Utah University. Sadie Miner-Van Tassell scored another career high with a 9.950 on vault. Miner-Van Tassell was also the recipient of the MRGC Gymnast of the Year. BYU started the night in fourth place after the first rotation on bars. Even though they posted promising scores in other events, the Cougs couldn’t get ahead of the pack and stayed in fourth for the night. Next on the Cougars’ schedule is a Regional Championship meet on March 30th that is yet to be determined. Stay tuned to BYU Sports Nation for future meet updates! 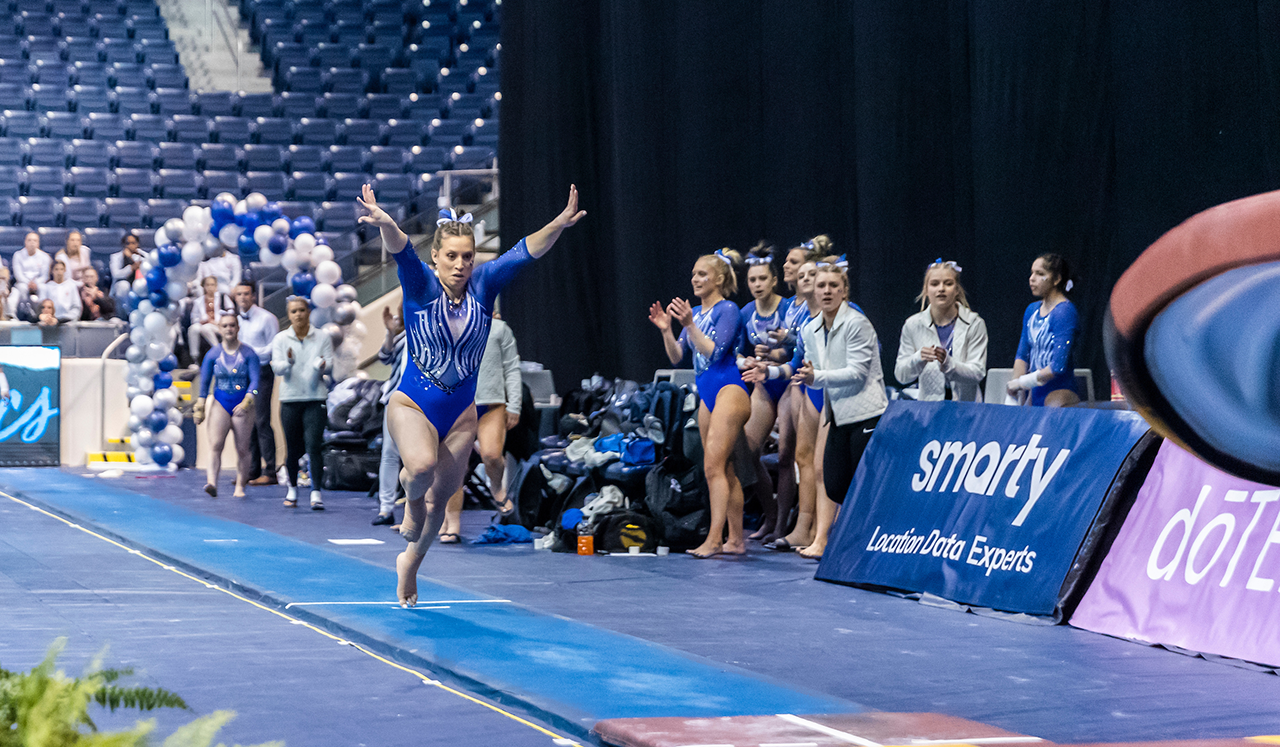