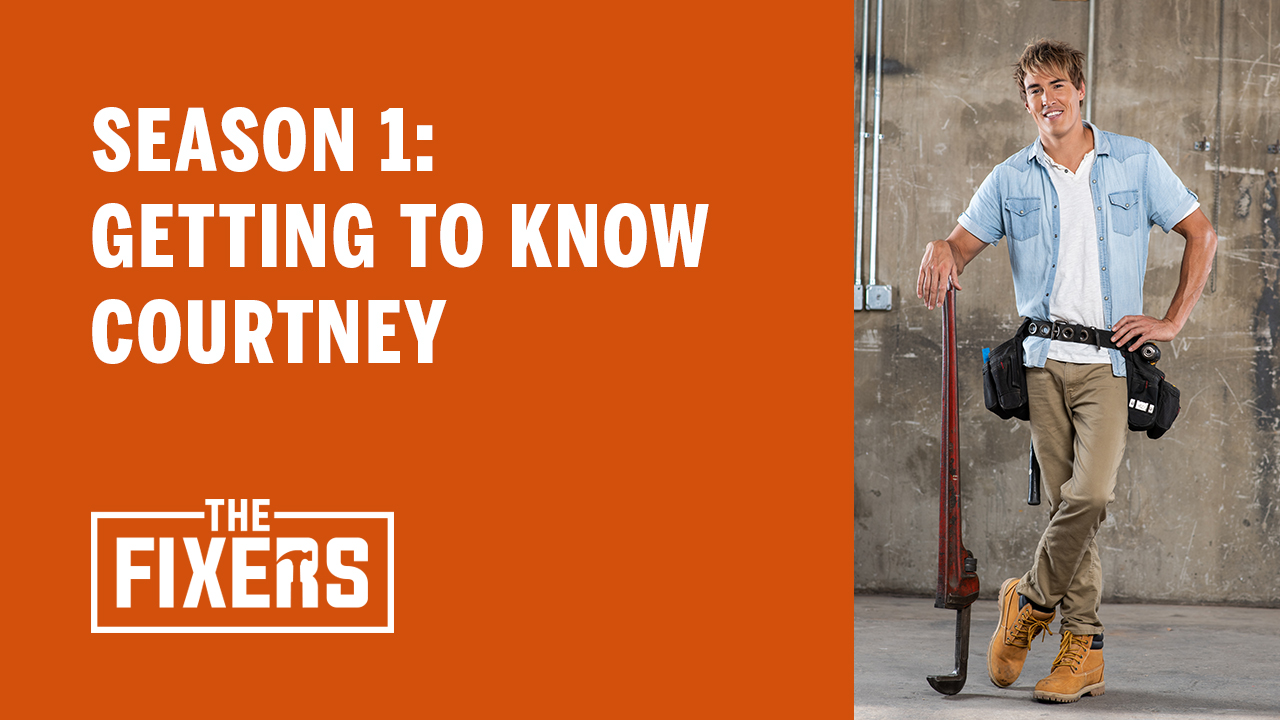 Getting to Know Courtney Dober

He’s a superhero without a cape—meet the last member of The Fixers fantastic four, Courtney Dober!

Watch him talk about the scope of the show in the interview below.

Courtney: My name’s Courtney. You can find me on BYUtv’s brand new show, The Fixers. I’m basically like the engineer/recycling genius on the team. Also known as the captain, the boss, the big guy.

BYUtv: Tell us three random things about yourself?

Courtney: Okay, number one: my second toe is ridiculously longer than my big toe. Number two is—I know you might find this very hard to believe—but I’m not American. I’m actually from Australia. Number three is that I run my own non-profit.

Courtney: I’d probably jump on a private jet back to Australia, back to the beach that I grew up on. I would take out a kayak with a huge platter of sushi and just sit out the back by the ocean and eat sushi in the sun.

Courtney Talent that I wish I had . . . What does someone with all the talents in the world wish for? To fly? 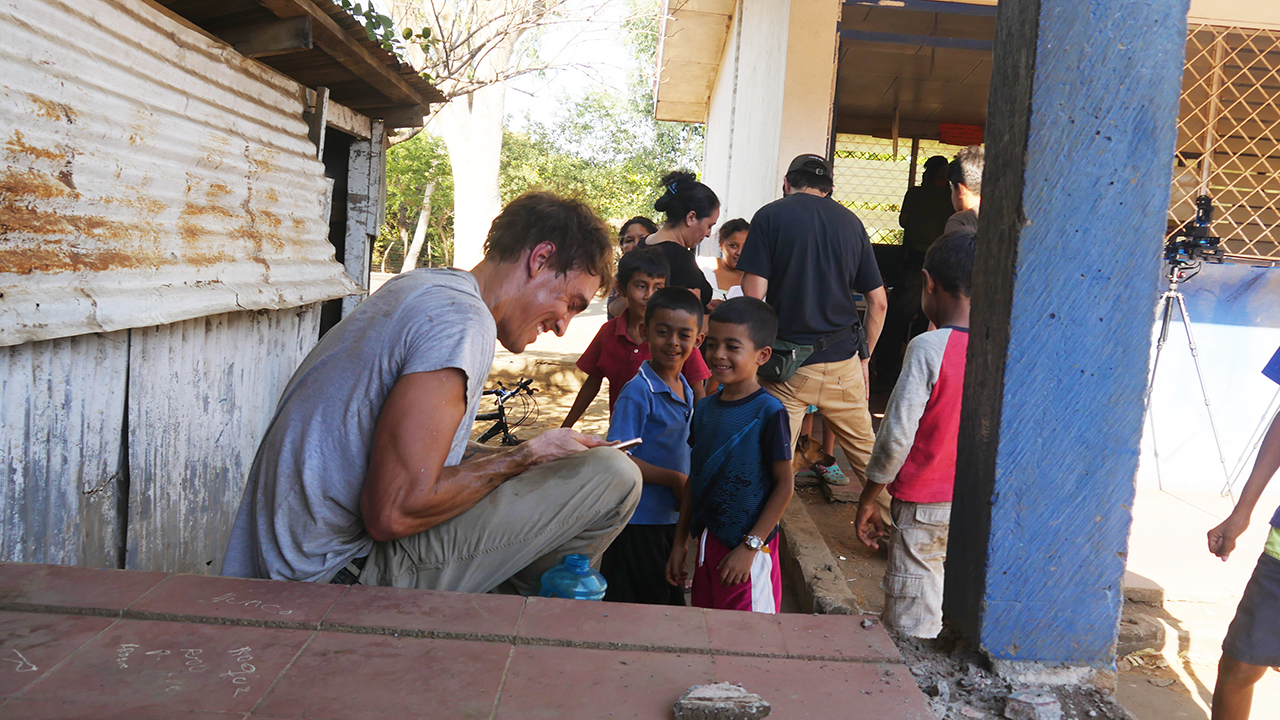 Courtney: The Fixers is about four designer/builder engineers. We travel the world, to predominantly third-world countries, and we provide aid to communities and organizations—non-profits that operate in these third-world countries—in the form of building a pretty major structure. It is a phenomenal show to work on. 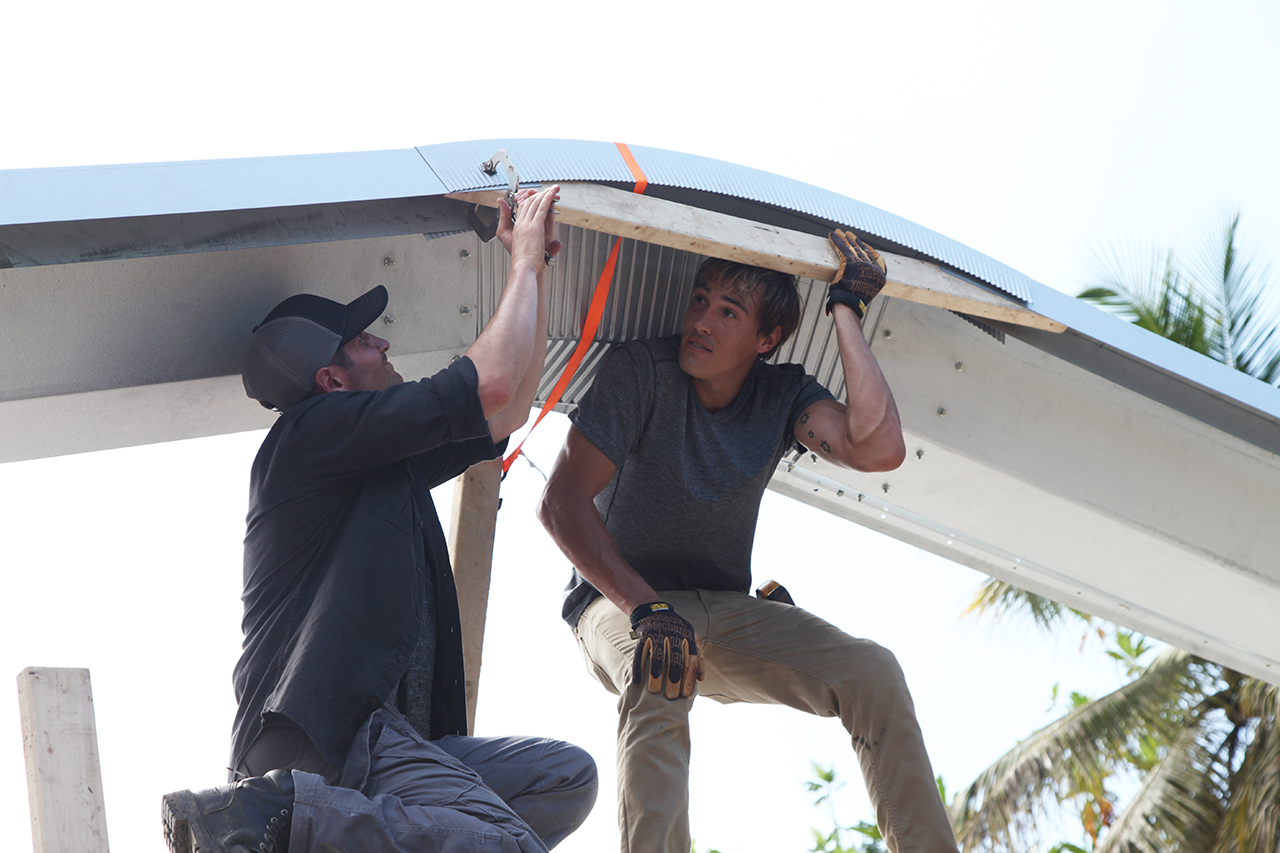 BYUtv: What a typical day on set like for you?

Courtney: Oof. A day on set is a long day. We start when the sun rises: we finish when the sun goes down. And then we even put up lights, and we work into the night as well. These are 14-hour build days. We do not stop. We just go, go, go. We’re there for a very short period of time, so a day on set is like non-stop blood, sweat, and tears, working harder than I’ve ever worked before. But it’s worth it.

Courtney: My favorite memory so far is the look on the faces of the people who run the community organization. It’s the look on their faces when the project is done and it’s reveal day. And they turn around and see what we’ve created. Knowing that their dream has come true and this is only the beginning for them—it’s a pretty amazing feeling.

Courtney: I grew up in a small surf community in Sydney, and everyone was a tradie, you know. All the guys I was at the surf club with were tradies. And basically, from the minute I could lift a hammer, they wanted me to come on the building site and start laboring. So I began my building career digging trenches for many years. 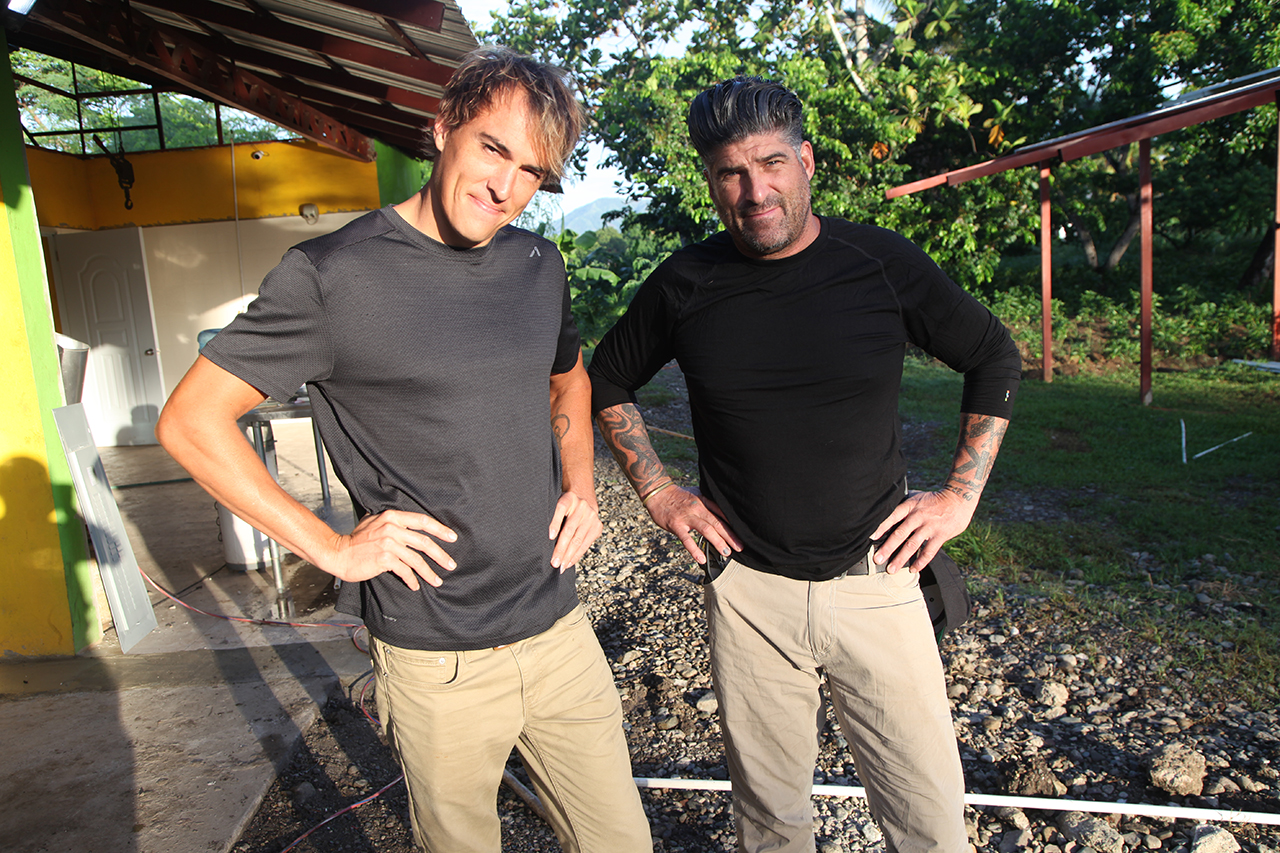 Courtney: I work with metal quite a lot, and, from grinding metal, I got a little shard in my eye. But your eye is a very funny organ. It doesn’t have much feeling in it. So I didn’t know the metal was in my eye till about a week later when it started to rust. And when it started to rust, it began to burn quite a lot. So I went to the doctor’s, and they had to get a grinder and a little drill. And they basically had to drill out the piece of rust metal in my eye without any anesthetic.

Courtney: YouTube is a fantastic platform if you’re looking for quick ideas on how to solve problems. But just giving something a go, practical learning, I feel is the best kind of education. And I think if you’ve got an idea in your head, just start building it, and you’ll realize, “I need screws for this.” Or, “I need a drill for this, and I need this for that.” So give something a go.

Courtney: There are a million reasons why people will love this show. But, mainly, it’s me. No. This show’s like nothing I’ve ever seen, worked on, or heard of ever before. It’s got a travel aspect to it. It’s got helping children. It’s helping people with disabilities—children and adults. We create jobs in countries where the economy is absolutely in disarray. Every single project is very, very different. There really is no format to the show. We just go. We design a solution to a problem that a community organization has. We build the solution in six days. We work our absolute butts off, and there are literally blood, sweat, and tears. It can get very emotional. 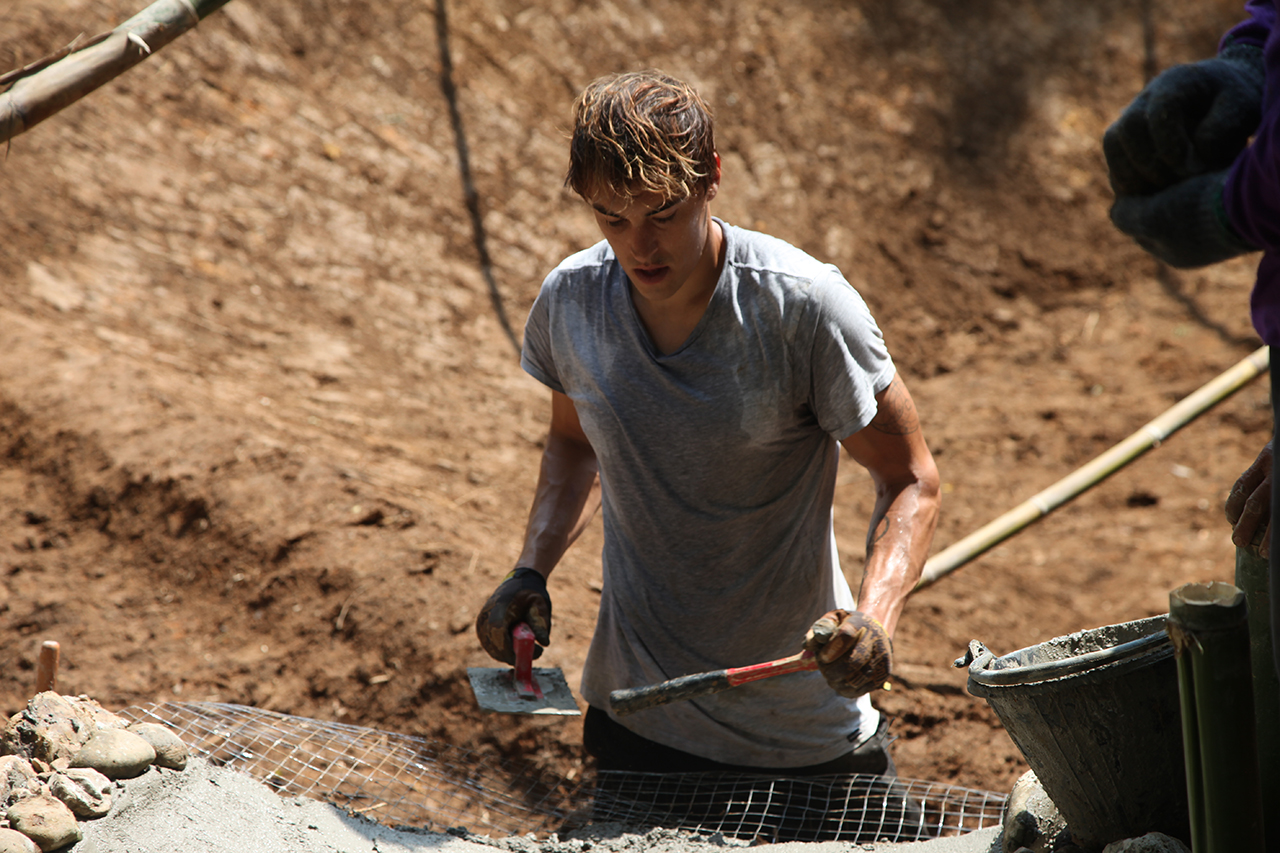 Season 1 is out! Catch all of your favorite episodes of the show anytime on BYUtv. 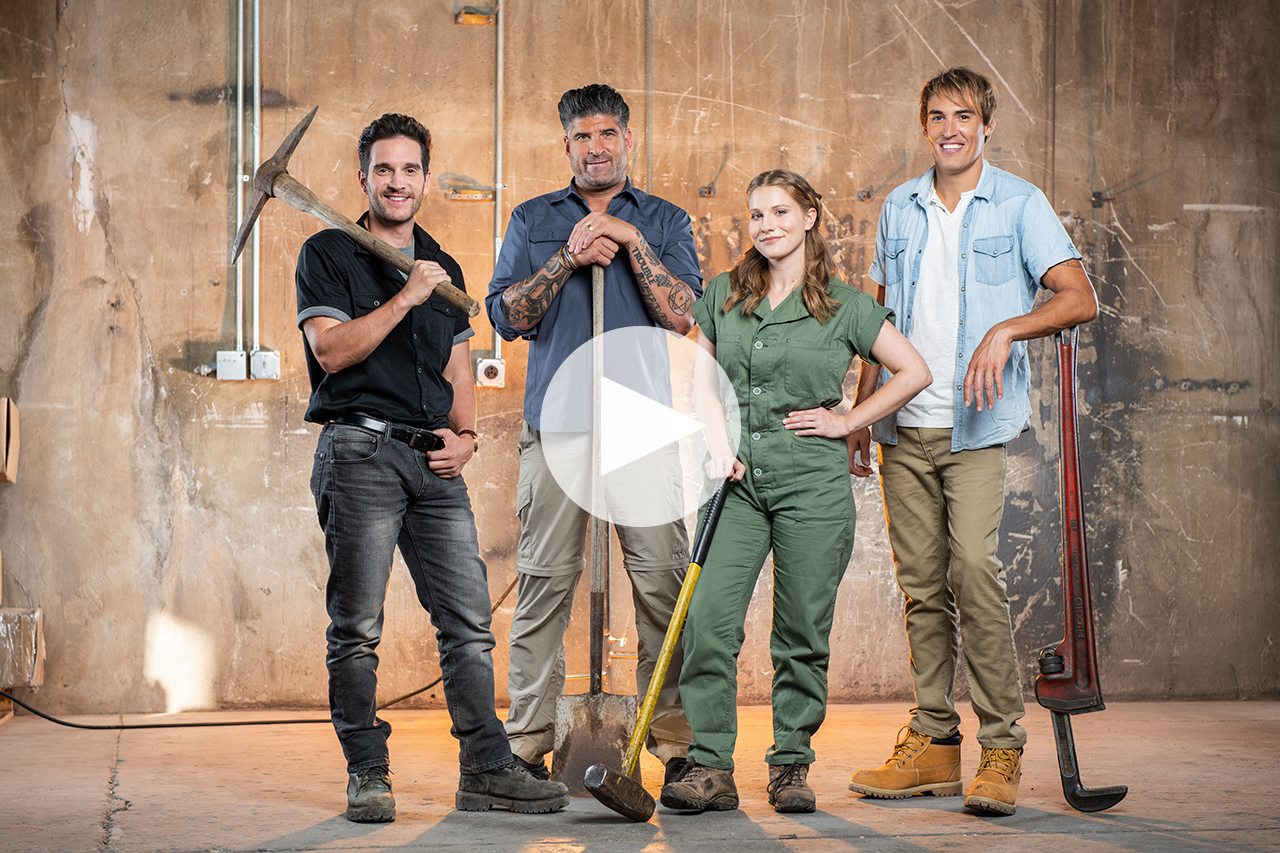