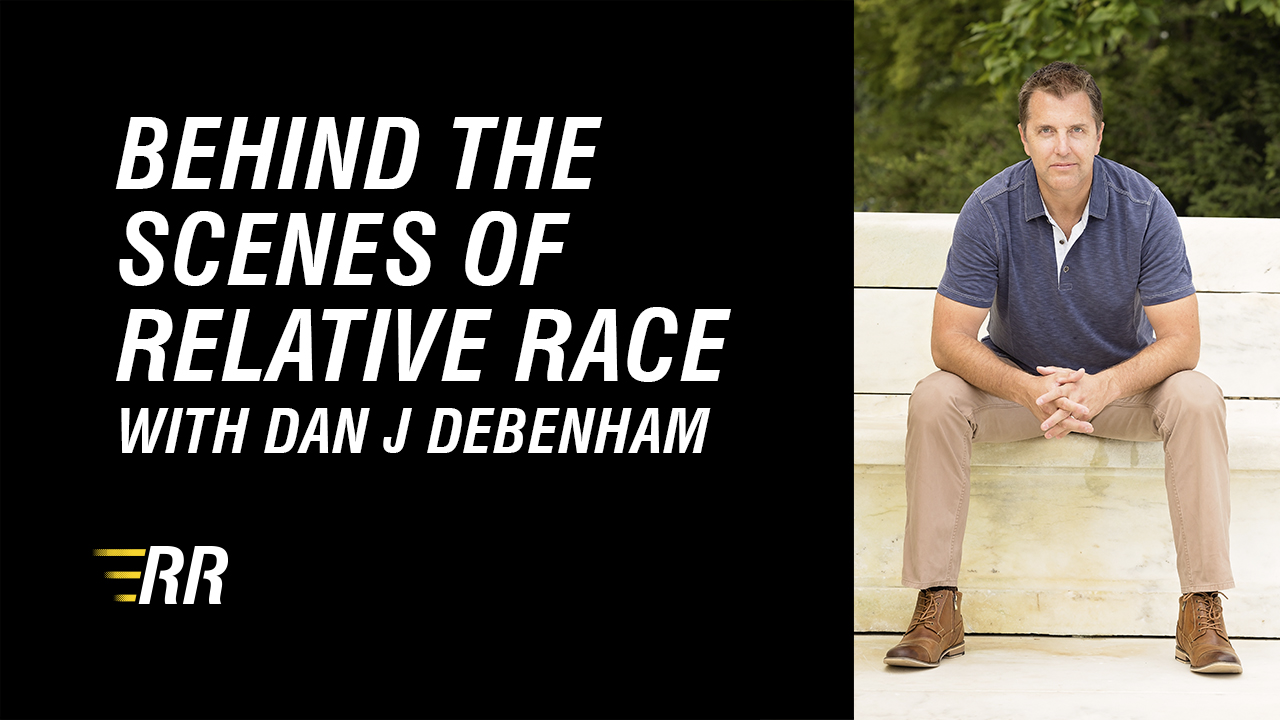 A LOOK AT RELATIVE RACE FROM BEHIND THE CAMERA

Ever wonder who comes up with the challenges found on Relative Race? Or how many cameras are on each team?

Well, we caught up with host, Dan J Debenham, to answer these questions for you and MORE! Check it out.

BYUtv: How many cameras are on each team?

Dan: Each team has eight different cameras rolling on them at any given time. Basically what we’re saying is, if you’re doing anything we’re gonna capture it in real time. When we say unscripted reality, it is truly unscripted reality.

BYUtv: How do you get those beautiful shots of the cars when they’re racing?

Dan: How do we get those beautiful shots of the cars when they’re racing? We have a lot of cameras around. We have a drone in the air, and whenever legally able to do so, we get those beautiful shots from the air. We have a chase vehicle that’s always following that racing car and then sometimes we have a vehicle that is in front of the car, but they’re only there part of the race because we can’t always determine where that racing vehicle is headed and sometimes they have to go ahead and get other shots of the challenges and things like that. So, we have a wide number of cameras and vehicles available to get the most important shots. 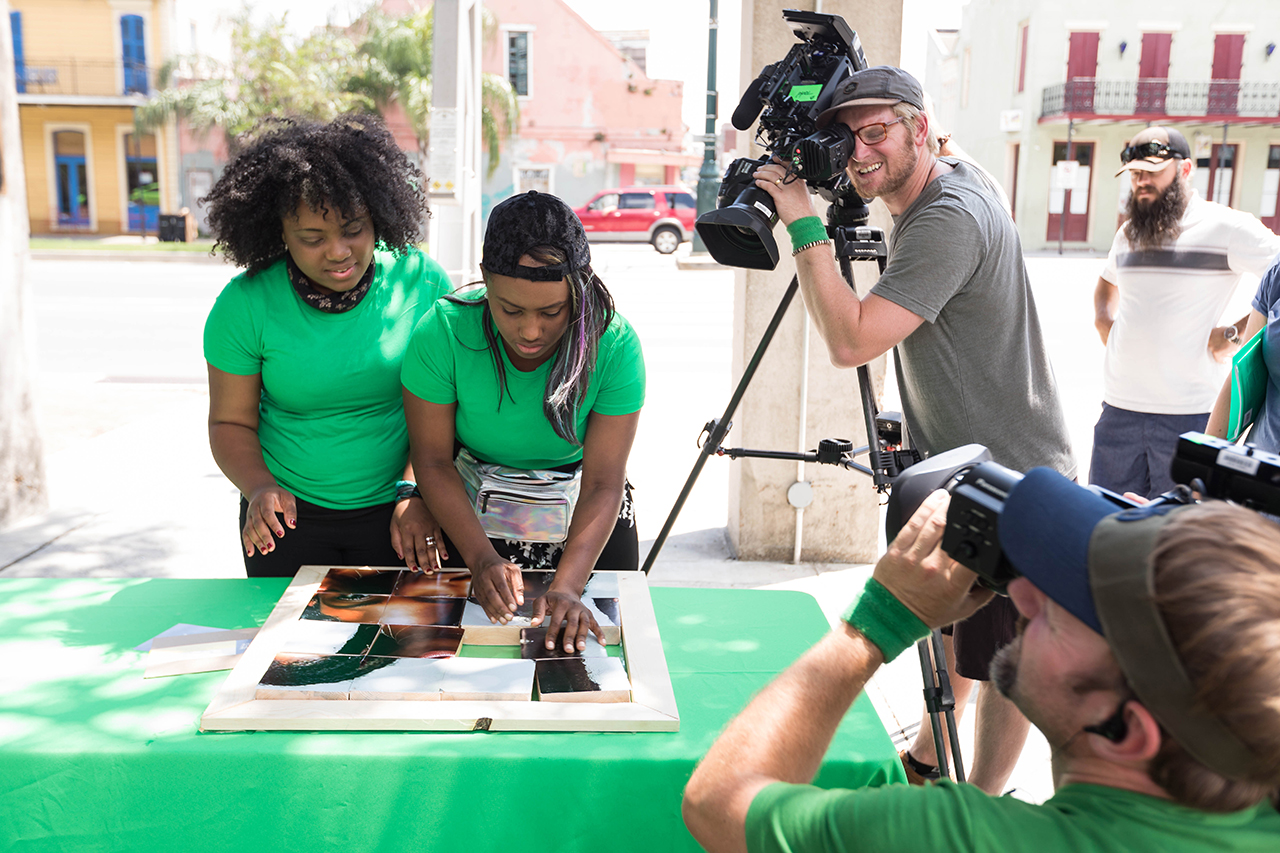 BYUtv: Who comes up with the challenges?

Dan: A lot of people want to know, well who creates these challenges? We actually have full-time challenge producers. They are charged with creating and testing the challenges. We have company-wide meetings. They’ll put together thirty, forty challenges and we literally sit down and rank and rate each challenge. And sometimes we love the challenge, but we realize it just won’t look good on TV. It won’t transfer well to a camera.
So, some of our best challenges are challenges that will never be on the show because they just wouldn’t look good, but they’re great challenges. We hope you like the ones that we do come up with.

BYUtv: Do you test the challenges?

Dan: We test them more times than we care to admit and we test them for time. We actually have focus groups that come in from outside, people that don’t work for Lenzworks and they test them, we have young men, older men, young women, older women. We have all types, all ages that test our challenges and every time we’re putting a clock on it, then we average out that time and that is the allotted time for the challenge. 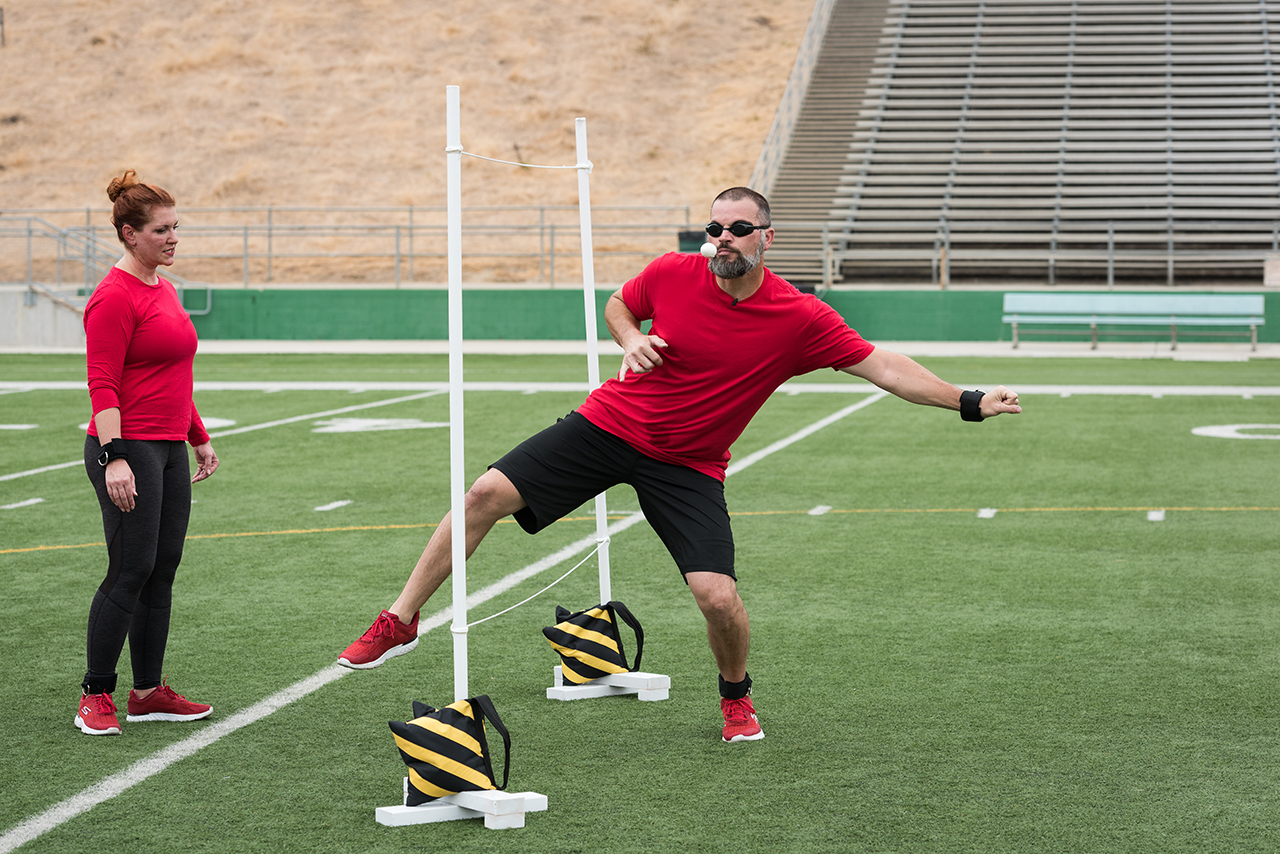 BYUtv: Are challenges ever altered the day of?

Dan: Only if weather forces us to move to a different location then we had researched and actually paid for. Because we have to pay for filming
permits most of the times where we film. But sometimes, like in season three, we had a hurricane or we had one of the largest fires in the entire northwest part of the United States, we had to move challenges to other locations. But the actual challenges themselves, never change.

BYUtv: When do the teams eat during the race?

Dan: A lot of people wonder if the teams actually get to eat while they’re driving throughout the day, they do however they’re eating when the crew eats. So, when the crew stops and eats for a very set amount of time, they also are allowed to eat during that very specific amount of time and all of the teams have that exact amount of time.
Now other than that, if somebody is racing and they need to use the bathroom or I don’t know what else comes up. You guys probably know better than me because you watch the shows, literally if anything else comes up, it’s on the clock but they do get one meal off with the crew, as long as they eat with the crew in the exact amount of time that’s set aside then no additional time is added to their total allotted time for the day.

BYUtv: Do you decide the advantages ahead of time? Or day by day?

Dan: Each day, if you win the day, you can either choose from a game day benefit which could help you the next day of the race or a day ten benefit. A lot of people think, well, are they just throwing out benefits spur of the moment? Absolutely not, not only do we very clearly choose the benefits ahead of time, but we very specifically put them at what day in the race, we think could add the most amount of benefit or sometimes just the opposite, that they think could add the most amount of benefit but it might be a little tricky. So, we actually think well ahead of time of what those game day benefits are and what day during the race we want them to be available.