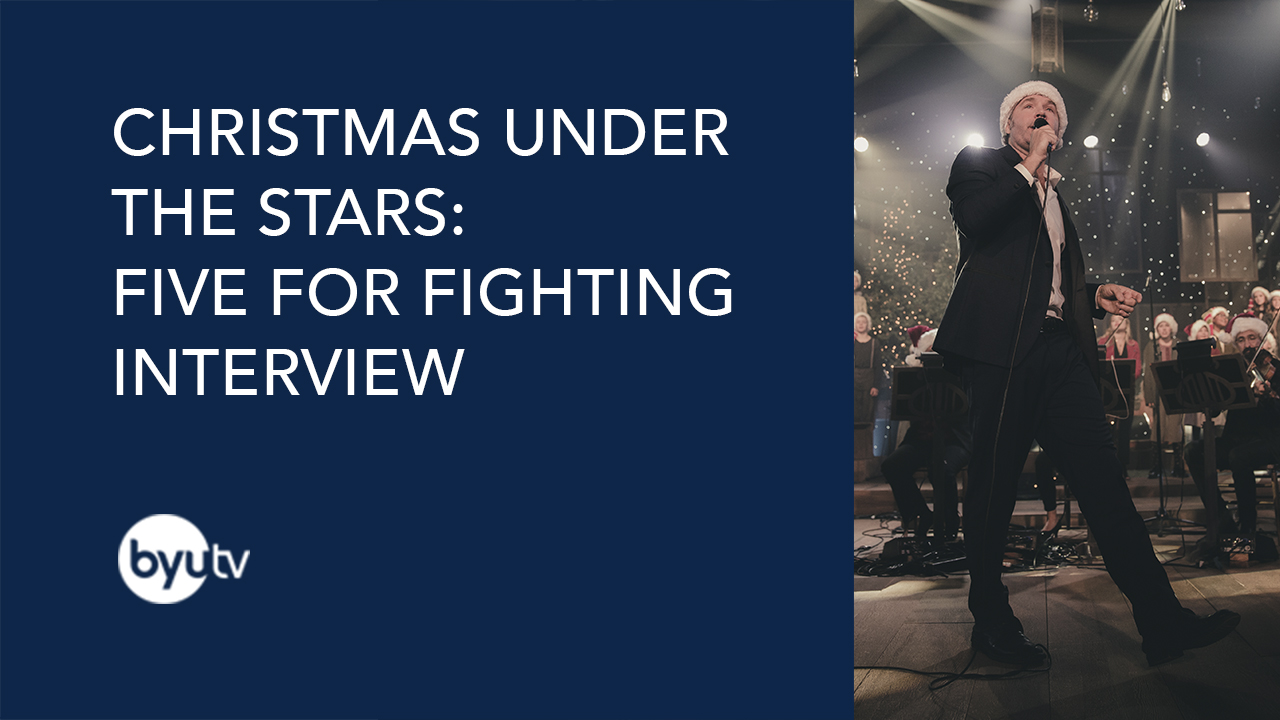 This year, BYUtv is excited to feature Five for Fighting in a special Christmas Under the Stars that airs this Sunday, Dec. 10, at 7pm MT.

We were lucky enough to sit down with John Ondrasik, the lead singer of Five for Fighting, and get an insider look at the concert and hear some of his personal Christmas favorites.

BYUtv: When did you start listening to Christmas Music?

John: I usually like to wait to get into Christmas, but the way radio is now, it seems like, right after Halloween, it's Christmas. You've got Christmas everywhere. So it kinda stretches it out two months. I guess it's probably a marketing ploy so I kind of like to wait for the weather to change a little bit, that means in L.A. going from 80 degrees to 76. And, I really fall in love with Christmas when my favorite shows start coming on. Santa Claus is Coming to Town, Rudolph the Red-nosed Reindeer, Charlie Brown Christmas, like we did tonight, The Grinch That Stole Christmas, so as soon as those shows start to air, I know we're deep into Christmas season but that's just me.

John: It's really cliché, it's really silly but it's the red Schwinn bicycle. You know, my folks had the big bright lights of course, there were no, no digital recordings, they had the old betamax recorders and me and my sister would wait and the hallway would be lit up and we'd run down in our jammies and there was that red Schwinn bicycle that all kids of that age dreamed of back then.

John: Our best Christmas tradition, my wife had our son, Johnny, our first child, on Christams Eve so he's a Christmas Eve baby. And she actually wrapped him as a one day old baby and we have a picture of him and every year since then, we've wrapped Johnny and put him under the tree. This year he will be 18. And it tells you what a good boy he is that he still allows my wife to wrap him, and put him under the tree. He is now bigger than the tree.

John: That's a hard one. A lot of people, if I was trying to be cool, I'd say one of the classics, like Silent Night or The First Noel, but I like the silly fun songs. I did Santa Claus is Coming to Town tonight with my daughter, Olivia and I don't think it gets much better than that.

Christmas Under the Stars with Five for Fighting 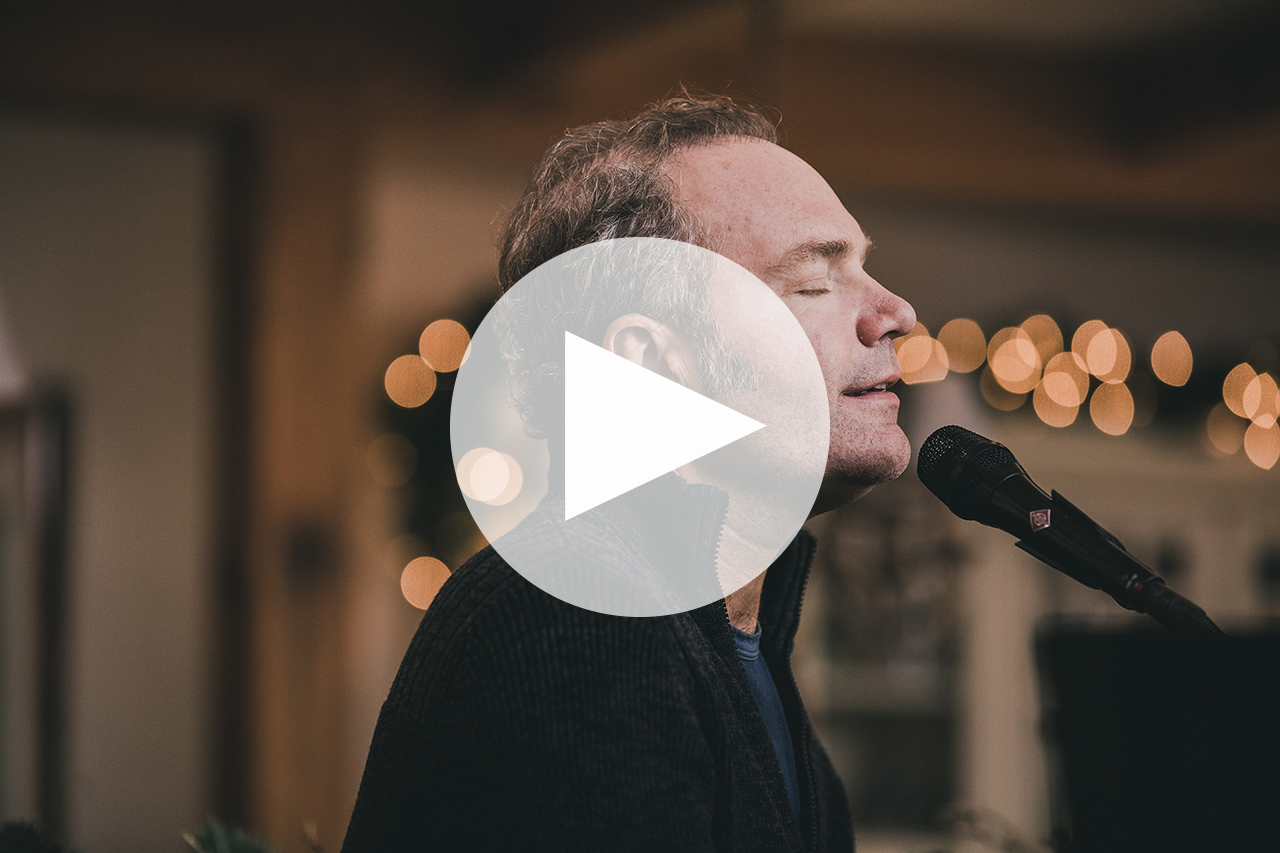 BYUtv: About performing with Olivia

John: Olivia has been the star of the stage since she was two years old. She has the "it." She's a great singer, a great actress. She has the poise that I have never had in my life. She loves being on stage. She loves singing. We performed for our company business parties. We've performed for friends and family. She makes a little Christmas EP every year. She writes her own Christmas songs but this is her first big television special where we kind of introduce her to the world. So, she just turned 16, so it's fitting that she's gets off on her own foot and we had a great time singing Santa Claus is Coming to Town tonight.

BYUtv: What about this concert excites you?

John: I'm really excited because we got some surprises, that I can't alert you to but we have songs that of course you know, it's a Christmas show, you've got to have Christmas carols, but we have some new songs that you've never heard. We have some special guests, some big stars and some new stars. And we have the cutest choir you will ever see.

BYUtv: What song has special meaning to you?

John: Well, the song that is kind of close to my heart for tonight is a brand new song that I wrote with Jim Brickman, called A Christmas Where You Are. It's a Christmas song for the troops, and it's a song that says no matter how far way you are from home, it's Christmas where you are. Because we love you, we thank you, for your service.

BYUtv: Something we should know about you?

John: Well, if you don't know and you watch the show, I do wear a Santa hat, but it's a very special Santa hat with a logo of my favorite hockey team, the L.A. Kings. Go Kings go.

BYUtv: Does having kids change Christmas for you?

John: I mean, I think when you have children, it's not only changed Christmas for me, it's changed my music. It's become much less selfish because before you have kids it's kind of about you, when you have kids it's about them and the world they're going to grow up in. So, my songs have changed and certainly around the holidays too. It's so much more fun having little kids for Christmas, and kind of watching them grow up. Knowing that the memories I have as a kid, they'll be having and talking about 30 years, like I'm talking about them right now.

Don't forget to watch John Ondrasik in Christmas Under the Stars with Five for Fighting this holiday season on BYUtv. 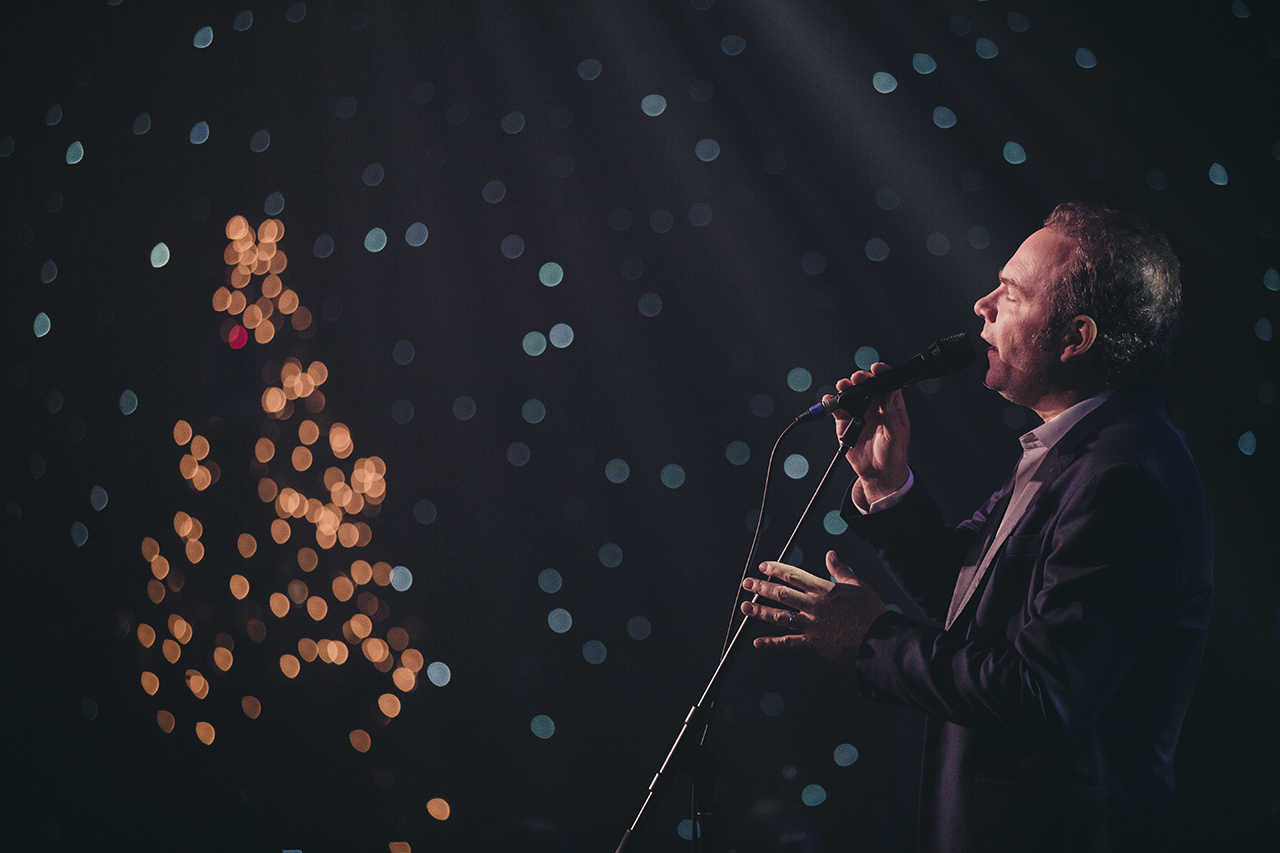 If you love the songs you hear, be sure to order The Christmas Under the Stars: Five for Fighting (Live) album. It is now available on iTunes.