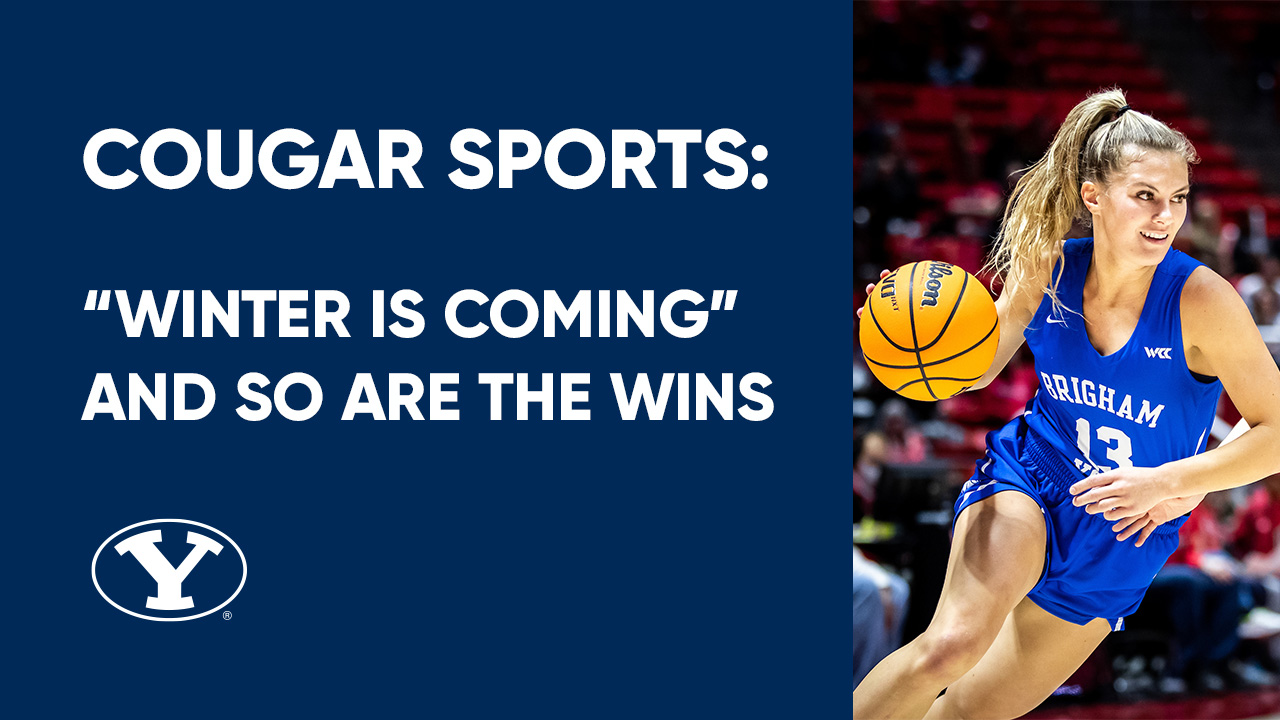 THE WINS ARE COMING

The first week of Winter Semester has come to a close, and the Cougars have been ice cold in the arena. With wins left, right, and center, BYU fans are in for a treat with the Cougs bringing their A-game to everything. From basketball to gymnastics, the fun has just begun. Don’t want to miss any of the fun? Download the BYUtv app for daily streaming of all your favorite sports shows and events.

The Cougs kept the momentum running all weekend, with two slam-dunk wins. The first came on Thursday night against Pacific University with the Cougars winning 73–51. Then, the magic continued on Saturday night with a final score of 52–43 against St. Mary’s. At the end of the first half against St. Mary’s, BYU led by 12 points and kept strong going into the second. Even though both teams were on fire offensively, BYU forced 19 turnovers, leading to St. Mary’s defeat. Next on the schedule for the Cougars is No. 2 Gonzaga this Thursday in what is arguably BYU’s biggest matchup each year. Can the Cougs beat the Zags? If you can't get enough college basketball, check out BYU Basketball with Mark Pope every Tuesday night at 8:30 ET | 5:30 PT. 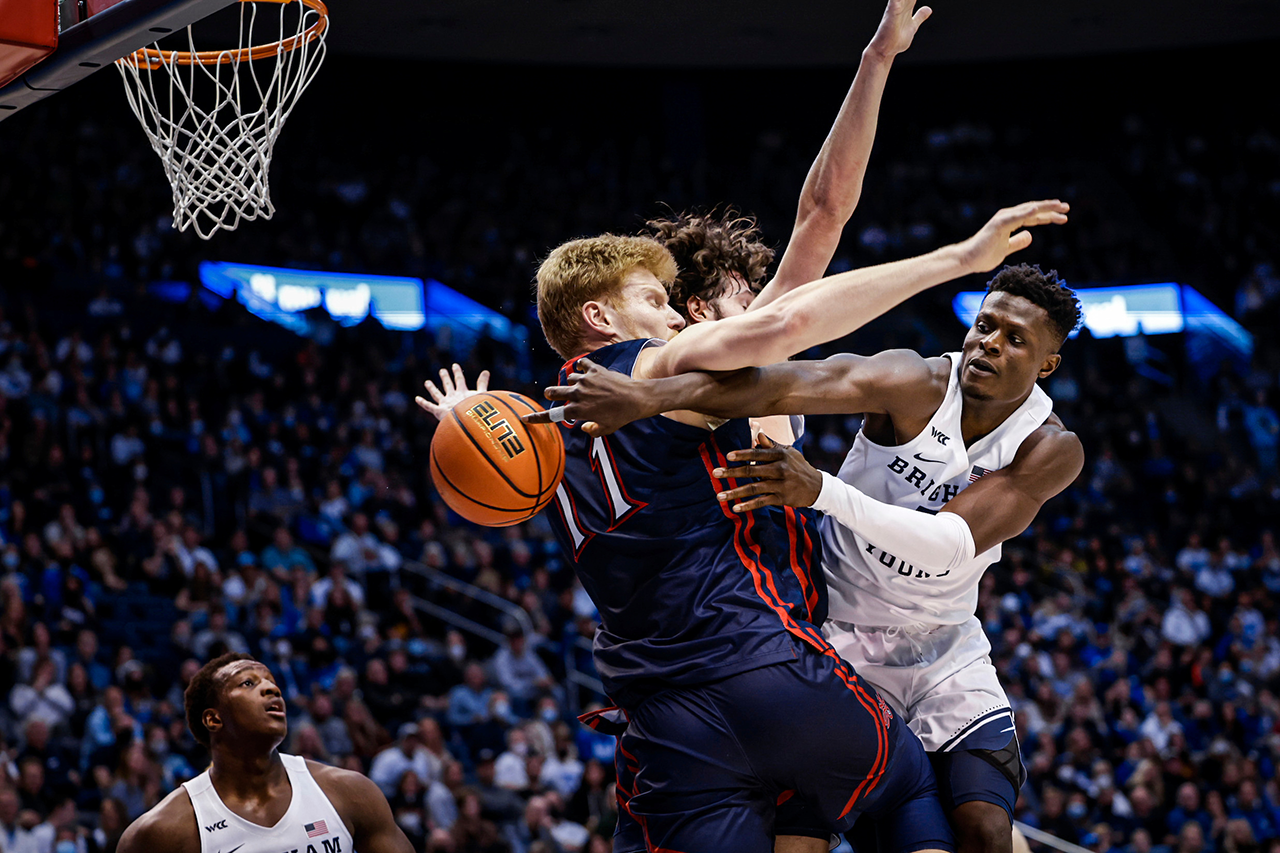 BYU Women’s Hoops, ranked No. 18, took down Pacific on Saturday night with a final score of 94–68. The Cougs started off strong with a three-pointer in the first two minutes of the game, leading BYU to a 23-point lead by the end of the half. The Tigers couldn’t quite catch up, and the Cougars took the win. Up next on the Cougs’ schedule is a home game against St. Mary’s on January 13. Will they win? Follow this link on Thursday night to find out. 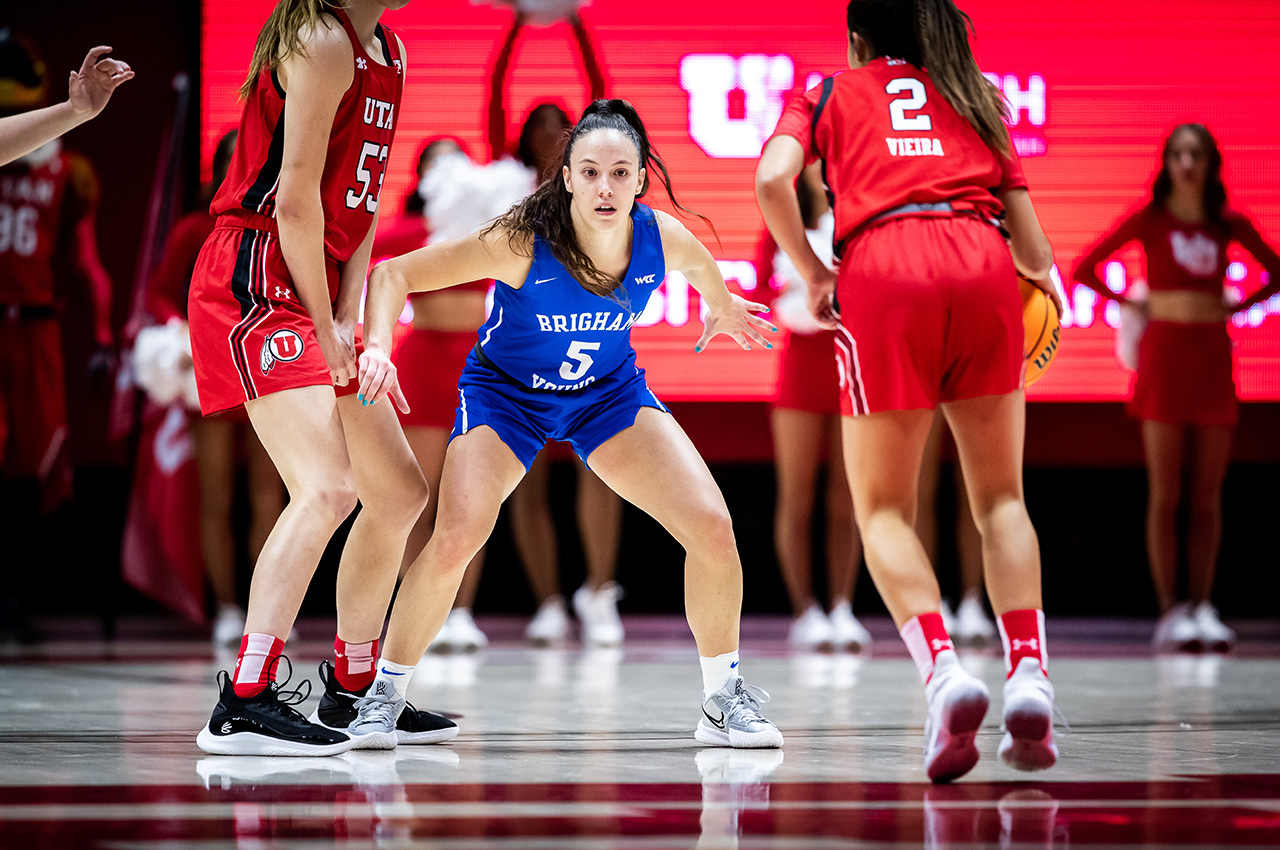 It’s that time of year again – gymnastics is back! And, BYU is off to a good start. The Cougs met at Maverik Stadium for the Rio Tinto Best of Utah competition last week, taking third place against the University of Utah, Utah State, and SUU. The Cougs ended the night with a 195.225, and are ranked 19th in the nation. Freshman Eliza Millar received the Mountain Rim Gymnastics Conference award for Beam Specialist of the Week on Monday. In her collegiate debut at the Best of Utah meet last week, Millar scored a 9.875 on beam. Keep up to date with BYU Gymnastics right here on BYUtv. 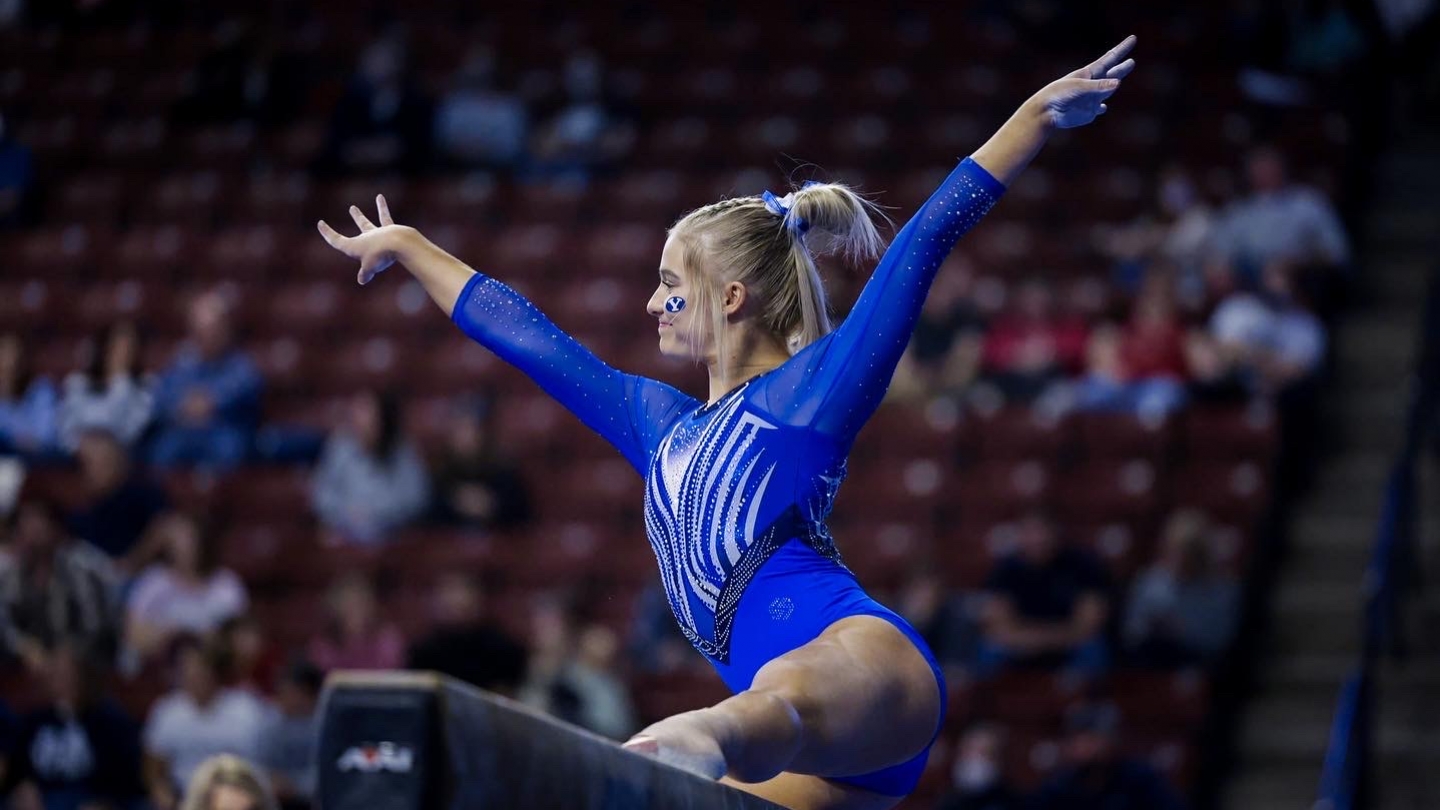 In an unfortunate series of sets, BYU lost to Penn State twice last week. The Cougars who were ranked No. 6 going into the week, met Penn State on Thursday and Saturday in two away games. Penn State’s offense led the way, with BYU unable to make up for the missing points. Thanks to Ah Sue and his eighth kill of the night, BYU took the lead in the third set on Saturday night but it wasn’t enough to give the Cougs some game-winning leverage. In the end, it was five fatal errors on BYU’s part that secured Penn State’s victory as they took all three sets. The Cougs will face UC Irvine in the Smith Fieldhouse on January 21 and 22. Can’t be there in person? Keep up to date on the BYUtv app or website. 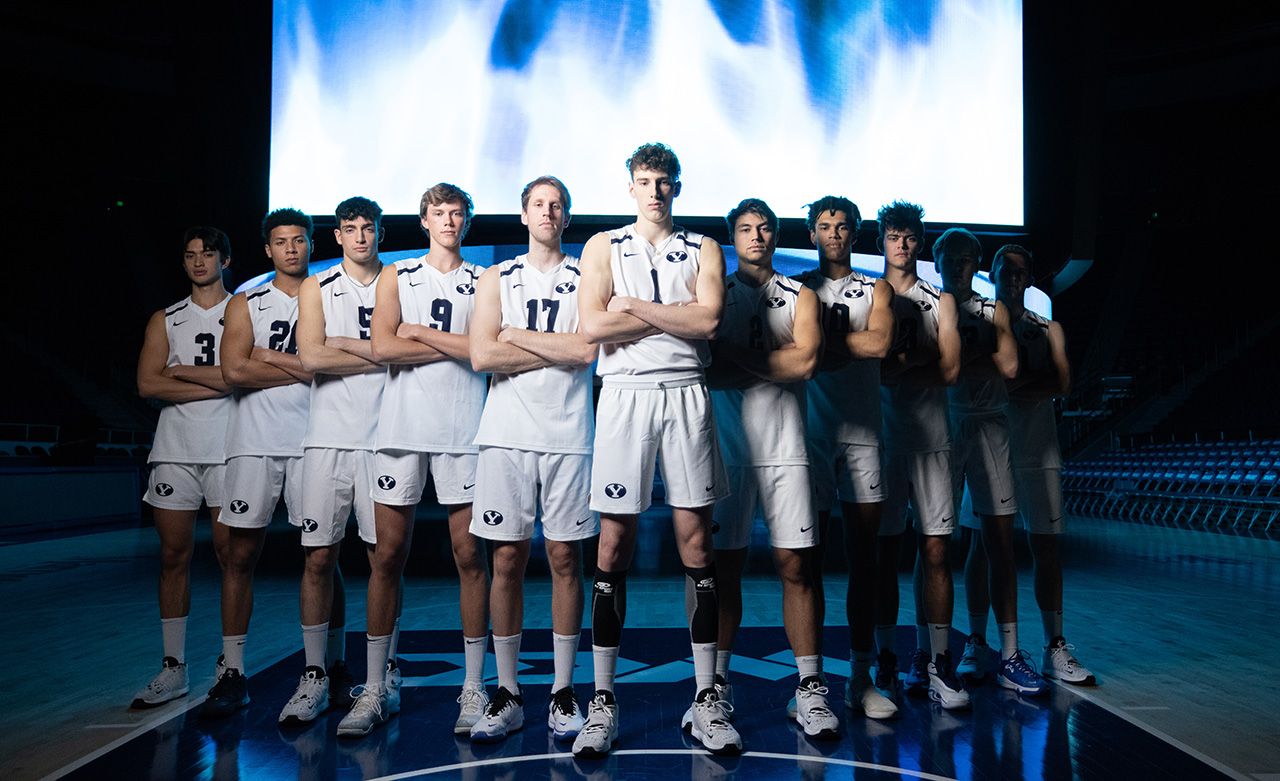