COUGARS FALL TO NO.19 AFTER LOSS TO BOISE STATE

Boise State’s abundance of field goals left BYU trailing for the first time this season, and in an unexpected turn of events, Boise won the game. The Cougars suffered a 26-17 loss against the Broncos and dropped to No. 19 in the College Football Rankings. After BYU beat Boise on their home turf last year, the Broncos served up a rainy plate of revenge by beating the Cougars in their own territory. Will the Cougars jump up in the ranks as they go head-to-head with Baylor University this week? Make sure to watch After Further Review and BYU Football with Kalani Sitake this week on BYUtv to find out the Cougars’ game plan.

The atmosphere was as glum as the rain at LaVell Edwards Stadium on Saturday as the Cougars took their first loss of the season. Not even Jaren Hall returning from an injury was enough for the Cougars to beat Boise State and keep them undefeated. Referring to the loss and the week ahead, Kalani Sitake said, “I really believe we can play better football as a team, and that’s what we’re going to try to accomplish in the next week.” 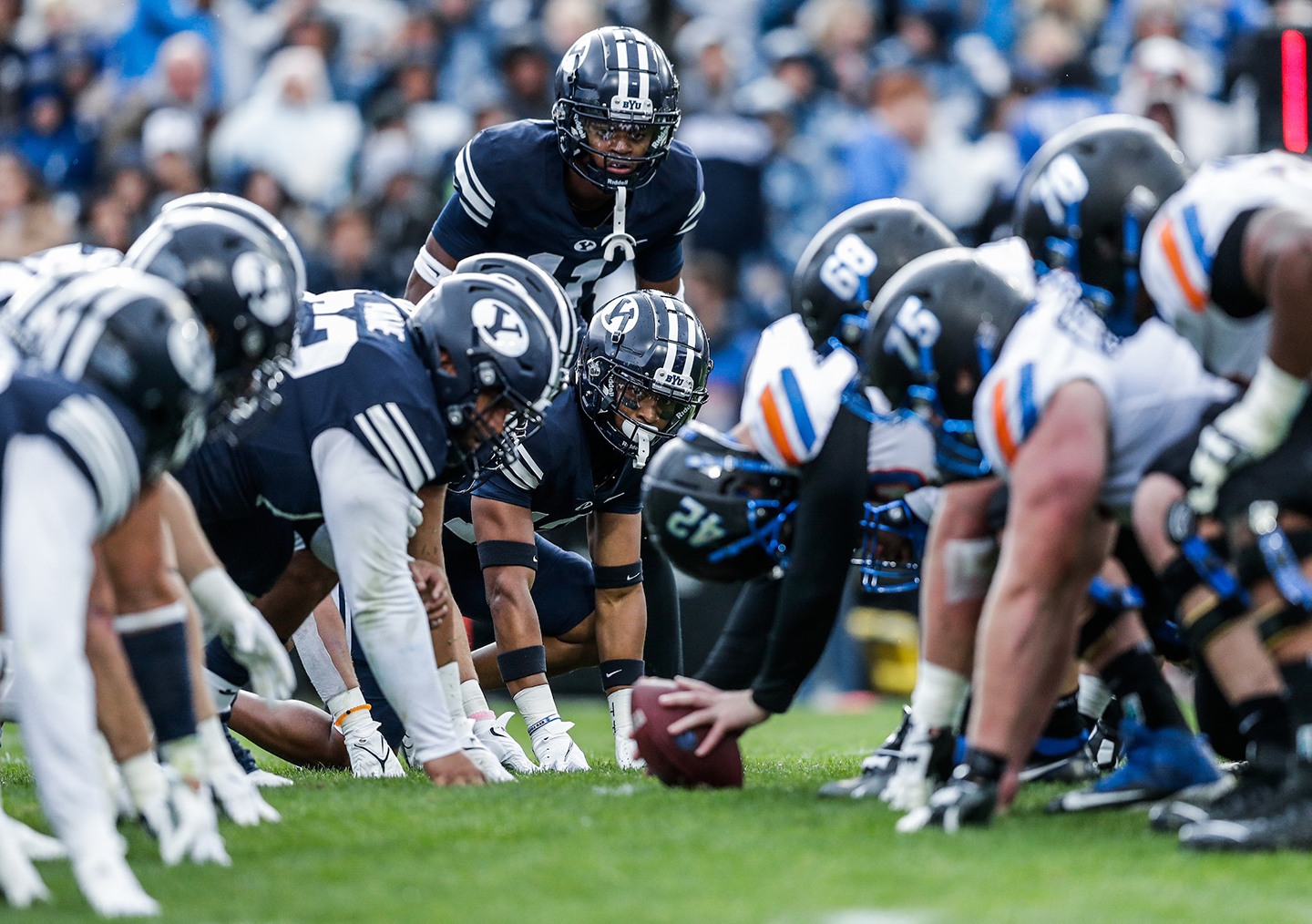 Before the first quarter, BYU was one of four teams in the nation to have not trailed at all this season. Even though the Cougars were up by 10 on the scoreboard initially, Boise soon joined the game with a field goal in the first quarter. Two touchdowns by Boise in the second quarter brought them seven points ahead of the Cougars. The score stood at 17-10 in favor of the Broncos, and another field goal took them to 20-10 going into half time. 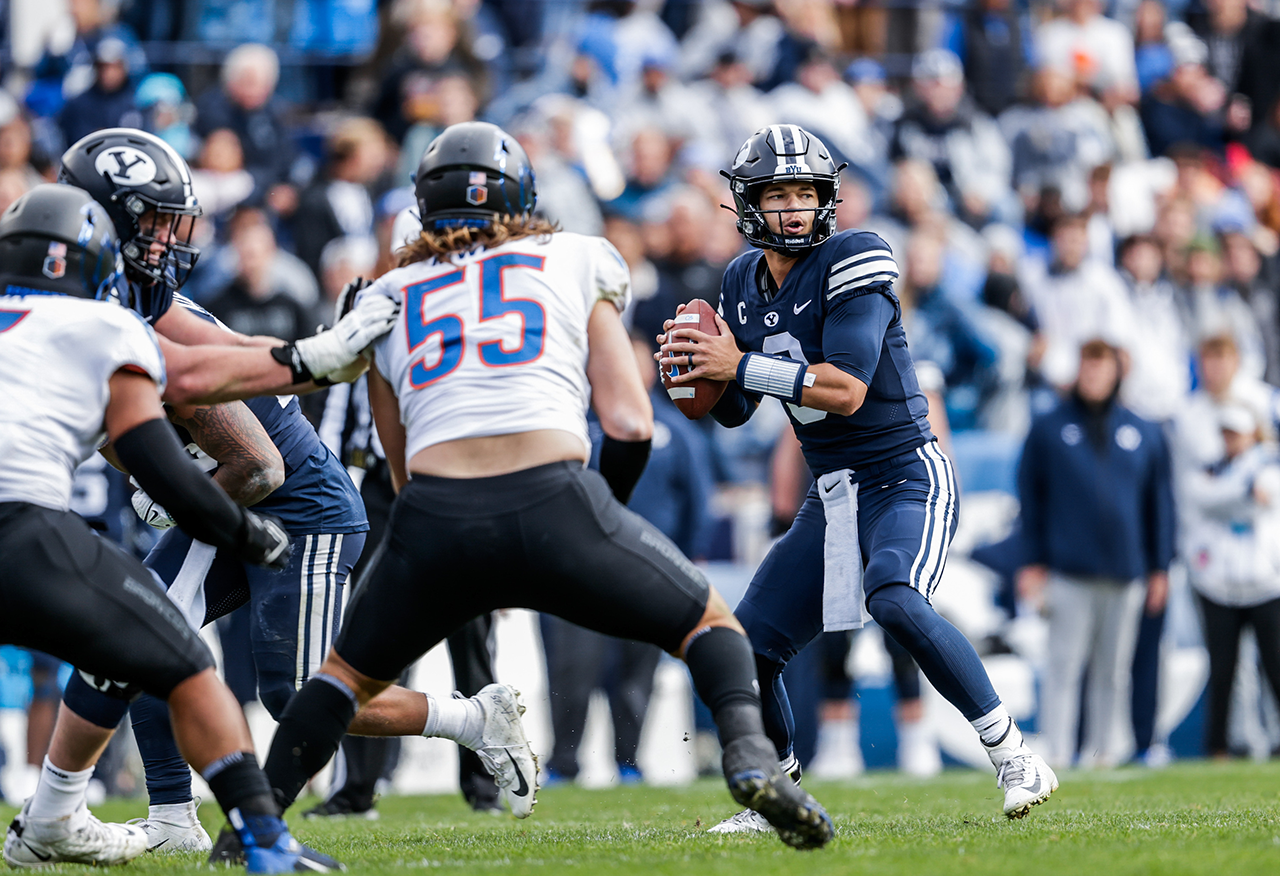 Field goals seemed to be the Broncos secret weapon against BYU on Saturday, scoring one each quarter to keep them just out of the Cougars’ reach. BYU didn’t manage to get anything on the board in the second and third quarter, which ultimately cost them the game. Some unfortunate fumbles by BYU, and some opportune interceptions by Boise State were two other reasons that Boise managed to get ahead of the Cougars. 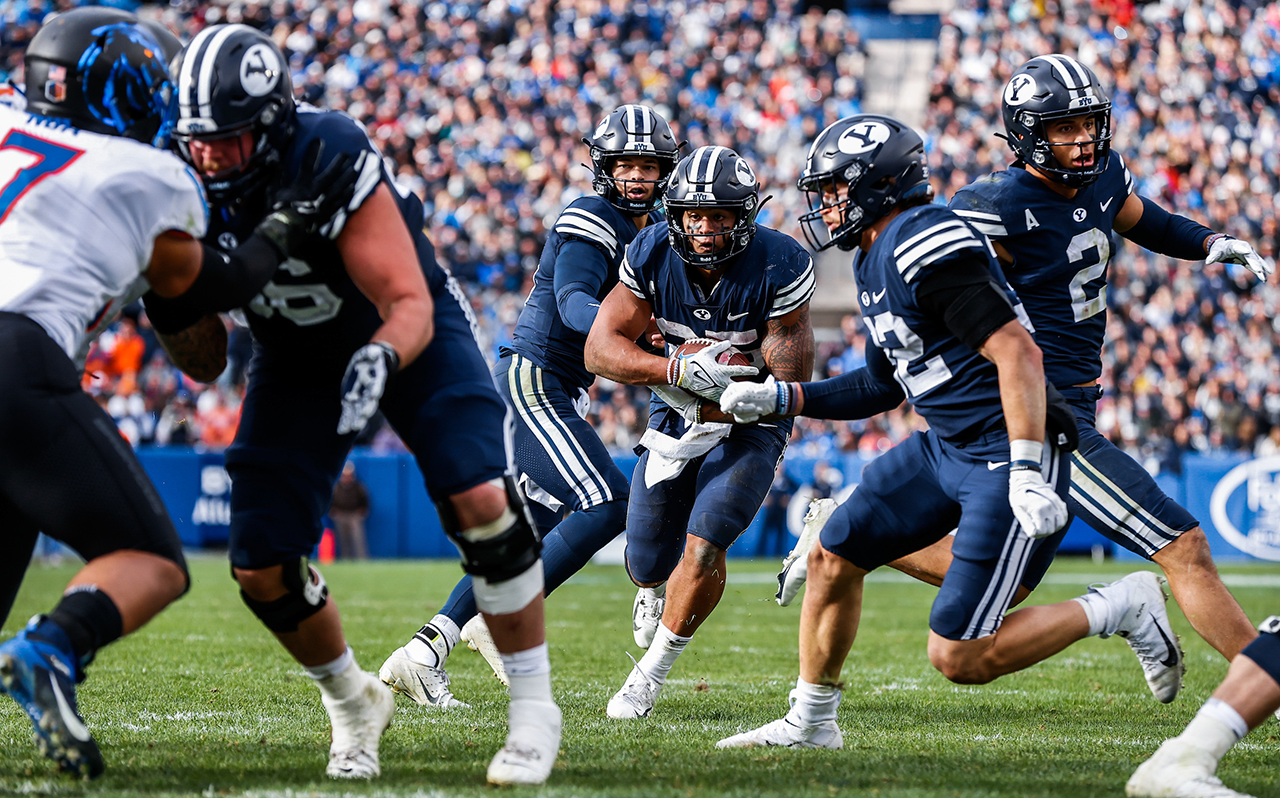 In the end, not even a touchdown from BYU’s not-so-secret weapon, Tyler Allgeier, could get BYU’s momentum back. With a kneel on the field from the Broncos to end the game, BYU lost their second game in two years. Win or lose, Kalani Sitake is hopeful to learn from the team’s mistakes this week, and continue the season better than ever. Make sure to download the BYUtv app for easy access to this week’s behind-the-scenes football shows.

The Cougars struck gold again with a big win against San Diego over the weekend. It was the second week in a row that the Cougars didn’t let their opponents put anything on the scoreboard. Ending the game at 6-0, the Cougars made up for the football loss at LaVell Edwards Stadium a few hours earlier. Women’s Soccer is ranked at No. 20 in the nation and remains undefeated in conference play. Mozingo, Moore, Colohan, Gardner, and Garcia were the goal scorers for the night, Garcia’s being the first of her BYU soccer career. BYU is set to play University of the Pacific at 7pm MDT this Saturday on home turf. Can’t be there in person? Tune into BYUtv to watch it live!

In true Women’s Volleyball fashion, the Cougars took yet another win to make it nine in a row. Gonzaga put up a fight but it wasn’t enough to make a dent in the Cougs’ momentum. BYU sits at No. 9 in the country, and remains undefeated in conference play — a BYU women’s sport specialty. BYU dominated the first set with Gonzaga coming back with a little bit of energy toward the end. The second set saw some back-and-forth competition between Gonzaga and the Cougs, but it wasn’t enough to knock BYU off their game. The third set was a dealbreaker, with BYU taking the win. The Cougars are set to face Loyola Marymount on October 14th in Los Angeles.