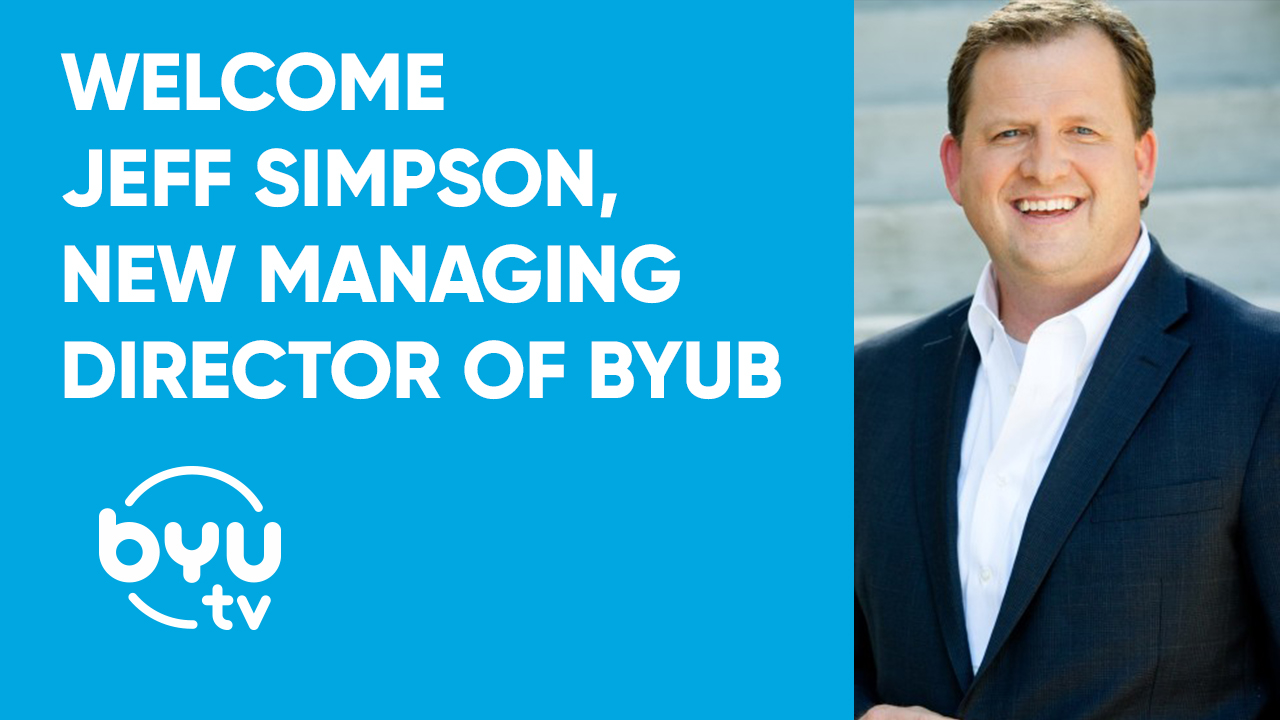 We are pleased to announce that Jeff M. Simpson has accepted a position as the new managing director of BYU Broadcasting.

In this position, Simpson will oversee BYU’s radio, television and digital channels, including BYUtv. Simpson has served as the president and publisher of the Deseret News and has a diverse media background, beginning with his work at Walt Disney Pictures and Buena Vista Television.

Simpson replaces Elder Michael A. Dunn, who was sustained as a General Authority Seventy of The Church of Jesus Christ of Latter-day Saints in April 2021. Simpson’s appointment is effective July 1, 2021.

“Michael’s impact on BYU Broadcasting has been remarkable,” said Advancement Vice President Keith Vorkink. “Under his leadership, BYU Broadcasting has increased its listening and viewing populations by opening up new distribution channels and by the creation of new, inspiring content intended to uplift families and communities. Michael leads by example and the whole organization has rallied around his collaborative culture and drive to be a world-class organization. We will certainly miss his leadership but are grateful for the legacy that he leaves as he turns his attention to full-time church service.”

“Jeff is coming to BYU with media experience at Disney and Excel Entertainment, complementing his management and leadership roles at Bonneville International, Deseret Book and most recently the Deseret News,” said Vorkink. “He is prepared and ready to lead BYU Broadcasting forward. Even with his remarkable experience, Jeff’s greatest assets are his character and humility. We are so fortunate to have Jeff as the new managing director of BYU Broadcasting.”

He has served on the board of directors of the National Association of Broadcasters, the national News Media Alliance and the United Way, as well as other local community organizations.

Simpson received his bachelor’s degree from BYU in business and film.