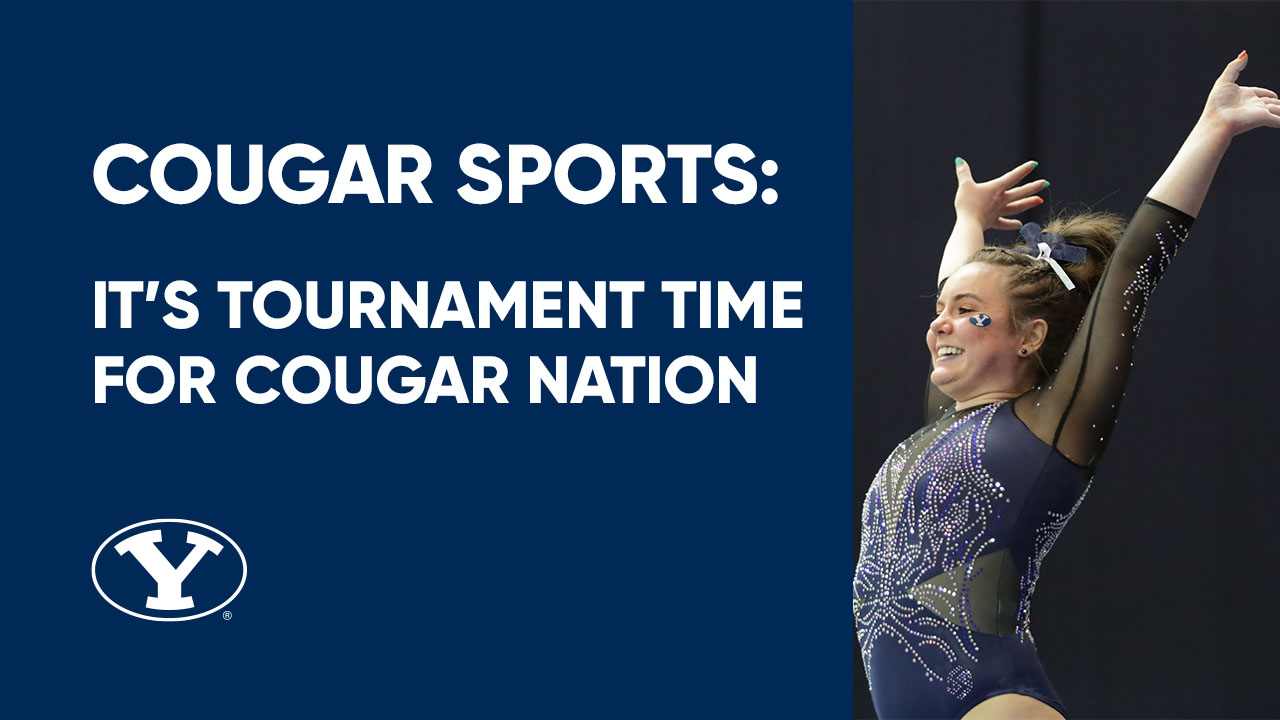 Some regular seasons came to an end this week for the Cougars. But with some wins, some losses, and some tournament entries, the Cougars are still going strong. As winter wraps up, can the Cougars ‘spring’ into even more postseason tournaments?

After a heartbreaking upset in the West Coast Conference Tournament on March 5th, the Cougs were unable to prove themselves to be able to enter the NCAA tournament. But, all is not lost! The Men’s Basketball team enters the National Invitational Tournament this Wednesday for a matchup against Long Beach at the Marriott Center. Long Beach comes from a somewhat equally weighted season of losses and wins and will be making their 9th appearance in a postseason NIT tournament. BYU has won the NIT twice, in 1959 and 1966. The last time the Cougs played in the NIT was in 2018, and they’ve been under the direction of Coach Pope since 2019. Can the Cougs beat Long Beach to progress in the National Invitational Tournament? If you can’t be at the Marriott Center, tune into BYU Radio! 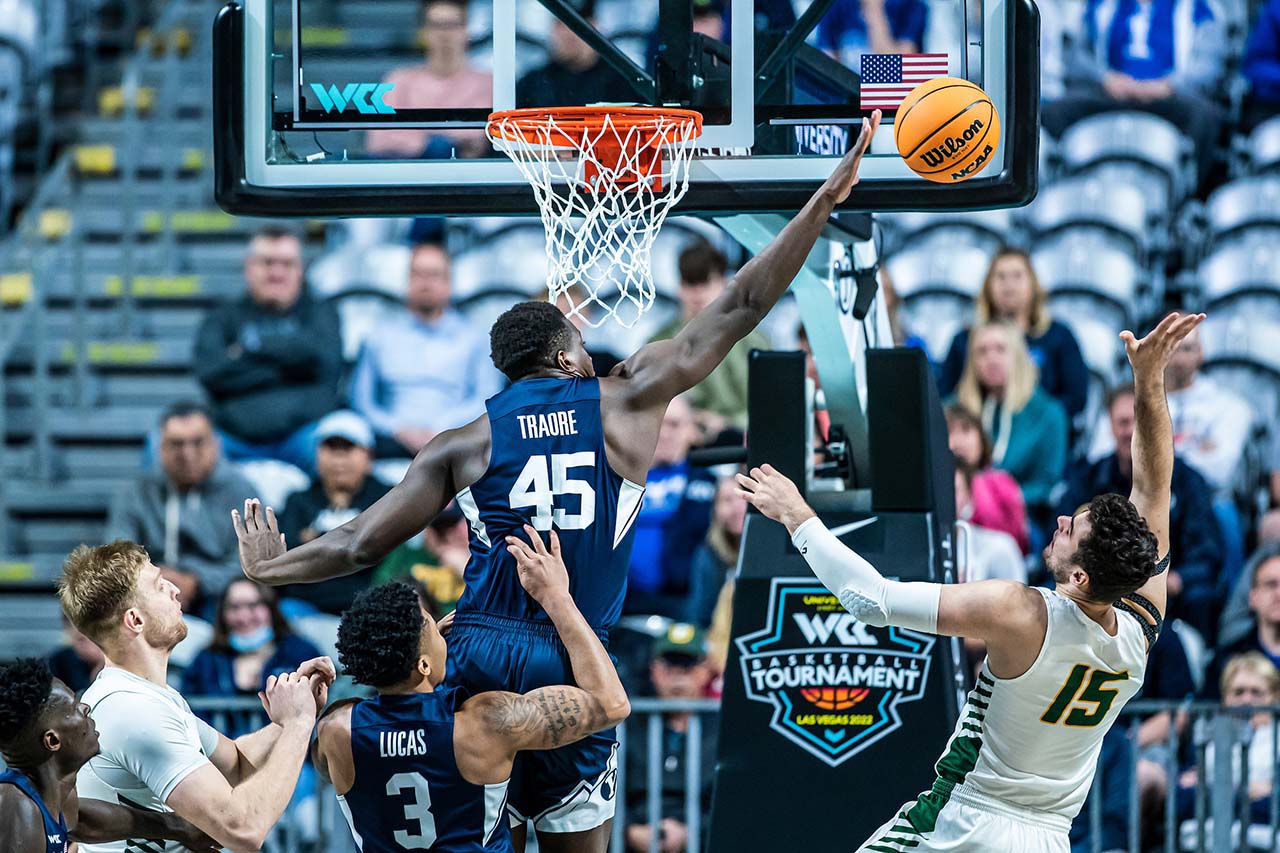 After a vengeful win against Portland in the WCC semi-finals, the Cougs lost their spark against Gonzaga in the WCC Championship. The Cougs have played Gonzaga twice already this season, taking fairly large wins on both occasions. However, the Women’s Hoops lost their spark against the Bulldogs on Tuesday afternoon, taking a 59-71 point loss. But, all is not lost for the Cougs. They secured the No.6 seed for the NCAA tournament and will play No.11 seed Villanova on March 19th in Ann Arbor, Michigan. As the season starts to wrap up, the Cougs are finishing strong, proving themselves worthy opponents. For all of your pre-game info and updates, make sure to watch BYU Sports Nation daily at 10 a.m. MST. 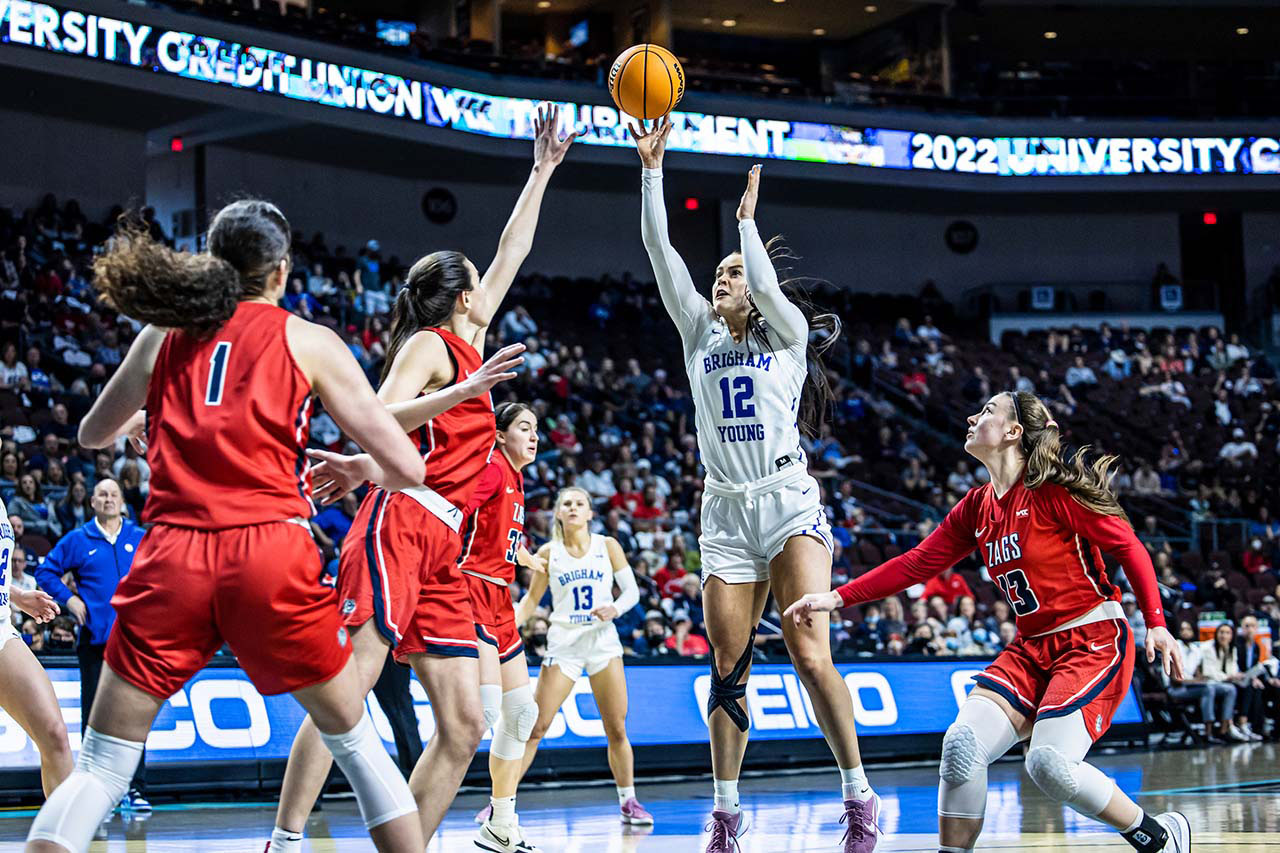 The Cougs have broken the streak! In a weekend of great BYU volleyball, the Men’s Volleyball team went head-to-head with Concordia University at the Smith Fieldhouse. The Cougs won all but one set over the weekend, securing a 3-0 win on Friday night, and a 3-1 win Saturday. The two wins break the Cougars’ 9-loss streak since the 5th of February. The Cougars face a bye weekend this week and will play Pepperdine on March 25th and 26th. 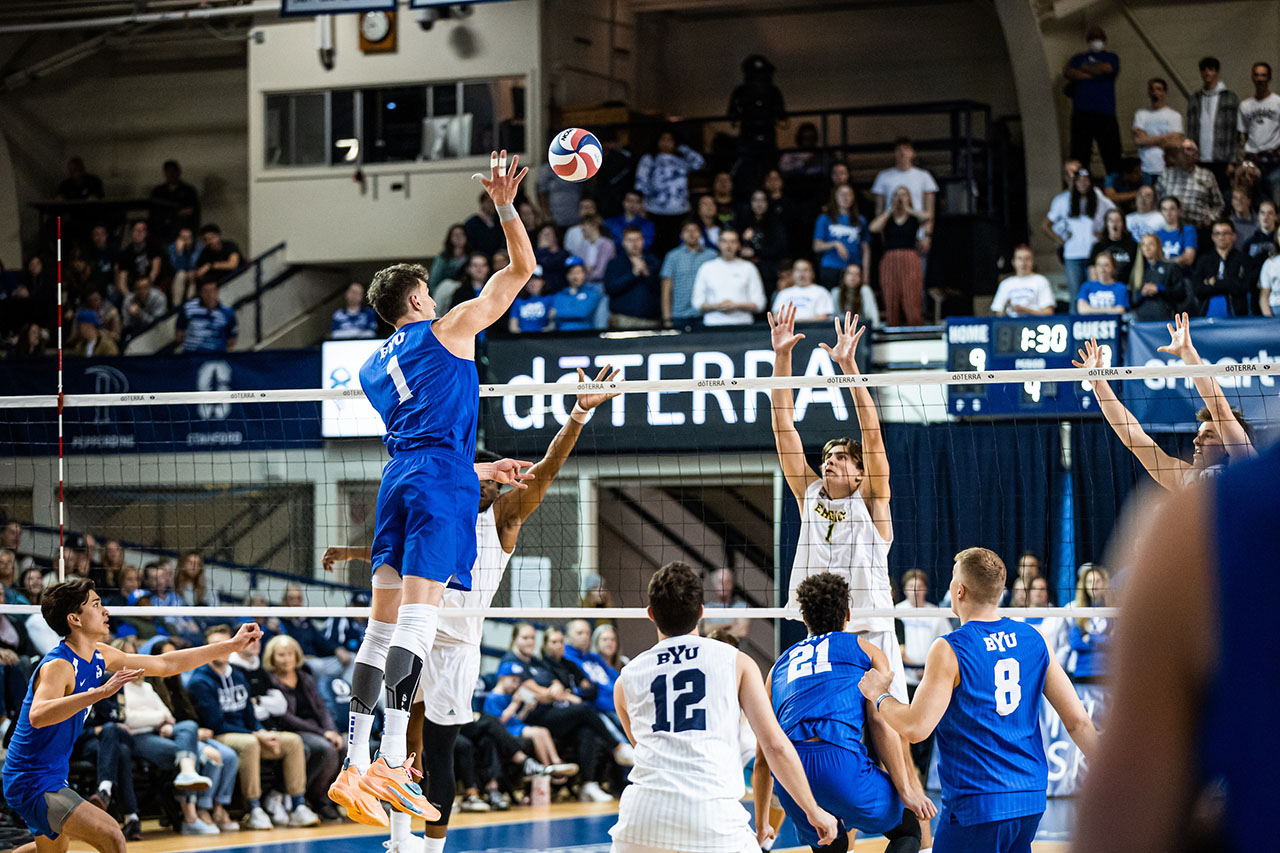 The Cougs had an amazing end to the regular season on Saturday, taking 1st place against Arizona in the Smith Fieldhouse. It was the last home meet for the No.19 Cougars, who scored 196.820 against No.35 Arizona’s 196.300. BYU started their first rotation on vault tied with Arizona, but quickly got ahead in the next rotation. Arizona couldn’t pull enough tricks out of their leotard sleeves to get ahead of BYU, and the Cougs took their eighth first place win for the season. The Cougs will face Boise State this weekend in the MRGC Championships before the possibility of Regional Championships. Will you be cheering the Cougars on this weekend? 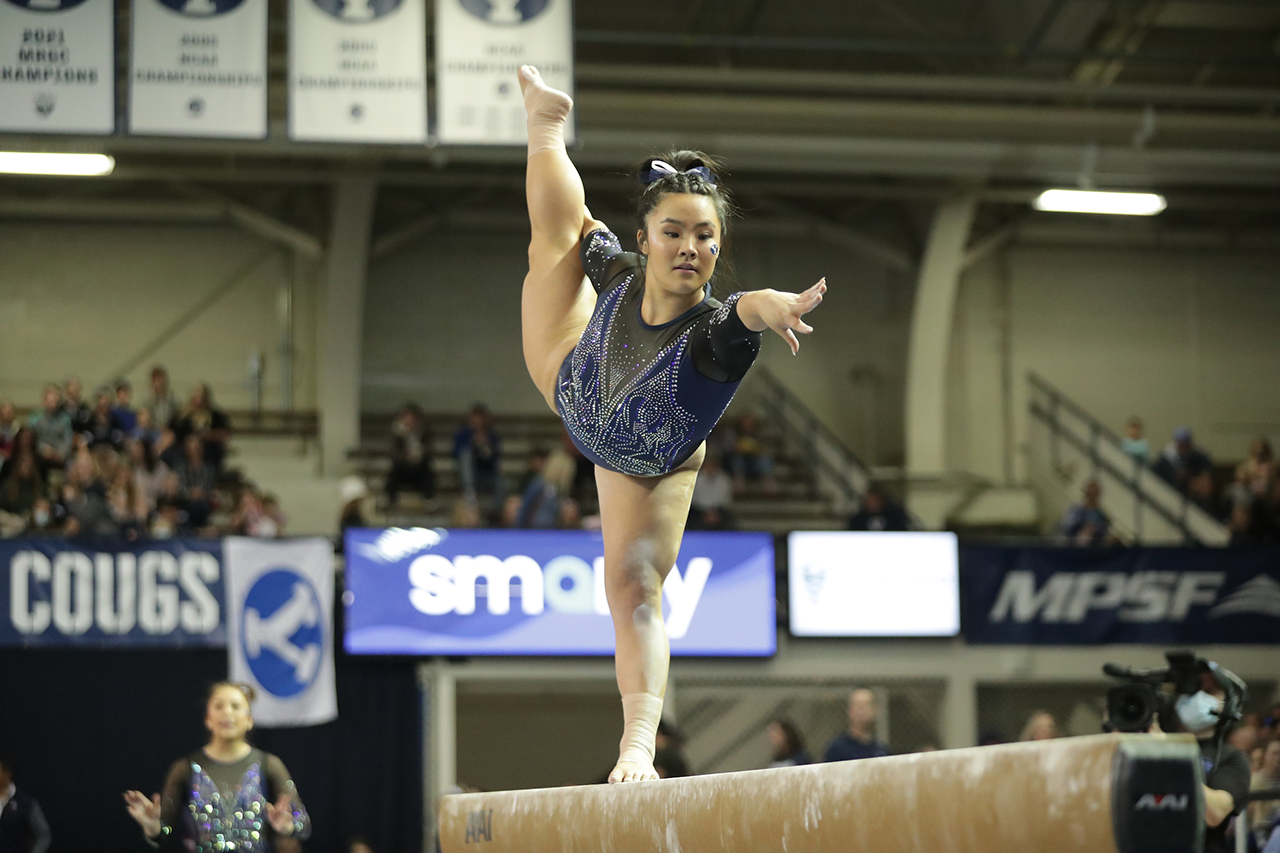