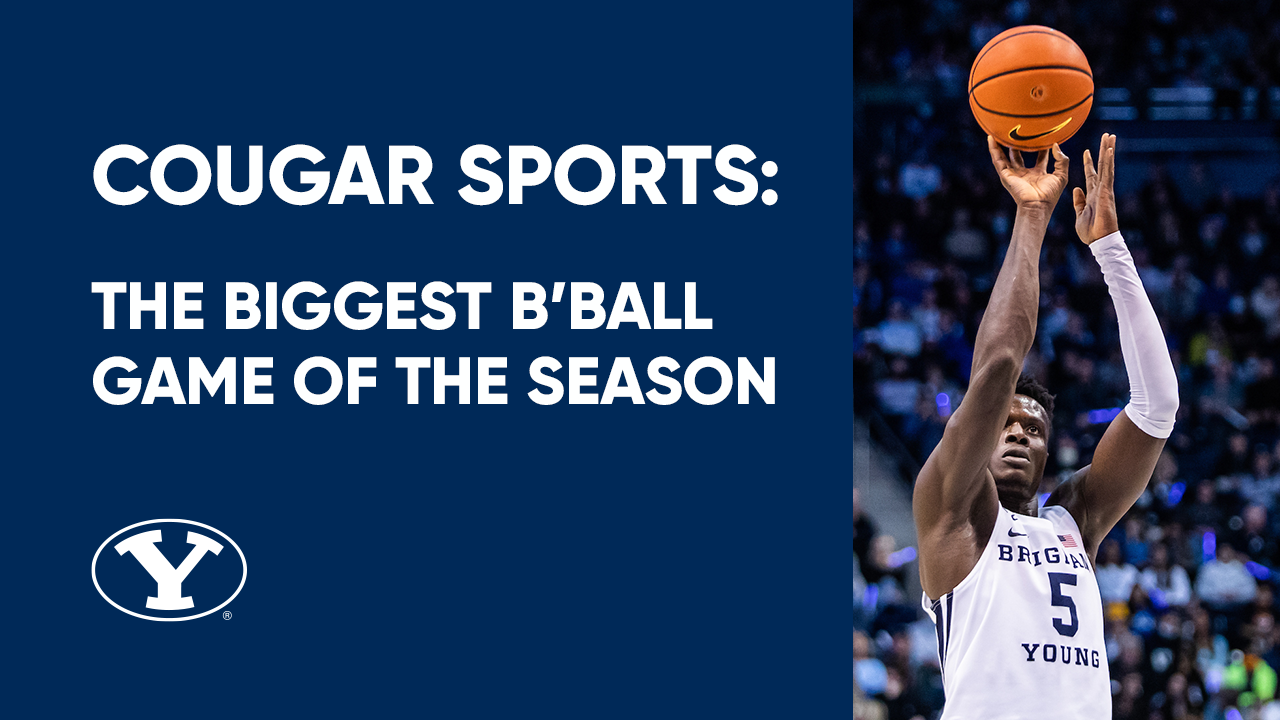 THE BIGGEST BASKETBALL GAME OF THE SEASON

With three wins and four losses, BYU Sports felt the wrath of their opponents this week. With men’s basketball taking a few hits, and our other favorite teams taking both wins and losses, the Cougars are ready to prove themselves this week. With a busy schedule of away games, and a few home games, can the Cougs have a week of straight wins? Get ready by watching all your favorite sports shows before the weekend, right here on BYUtv!

Another sad week for Men’s Basketball brings BYU to four losses in a row. Though the Cougs put up a fight on Thursday and Saturday at the Marriott Center, it wasn’t enough to take the crown from San Francisco and Gonzaga. BYU last played San Francisco on January 15, taking the win. This week, the Cougs lost 59–73 despite outshooting San Francisco with 40 percent from the field. The BYU basketball event of the year took place on Saturday night, with eager students camping out on Thursday and Friday night to get seats in the ROC section. BYU went head-to-head with No.2 Gonzaga at the Marriott Center losing 57–90. Though the Cougs were led by Gideon George with 14 points, and gave it their all, it wasn’t enough to beat the Zags this time. The Cougars will now face Loyola Marymount and Pepperdine in back-to-back away games this week. Can they do enough to get back in the game? To find out more, watch BYU Basketball with Mark Pope every Tuesday at 6:30 PM MST! 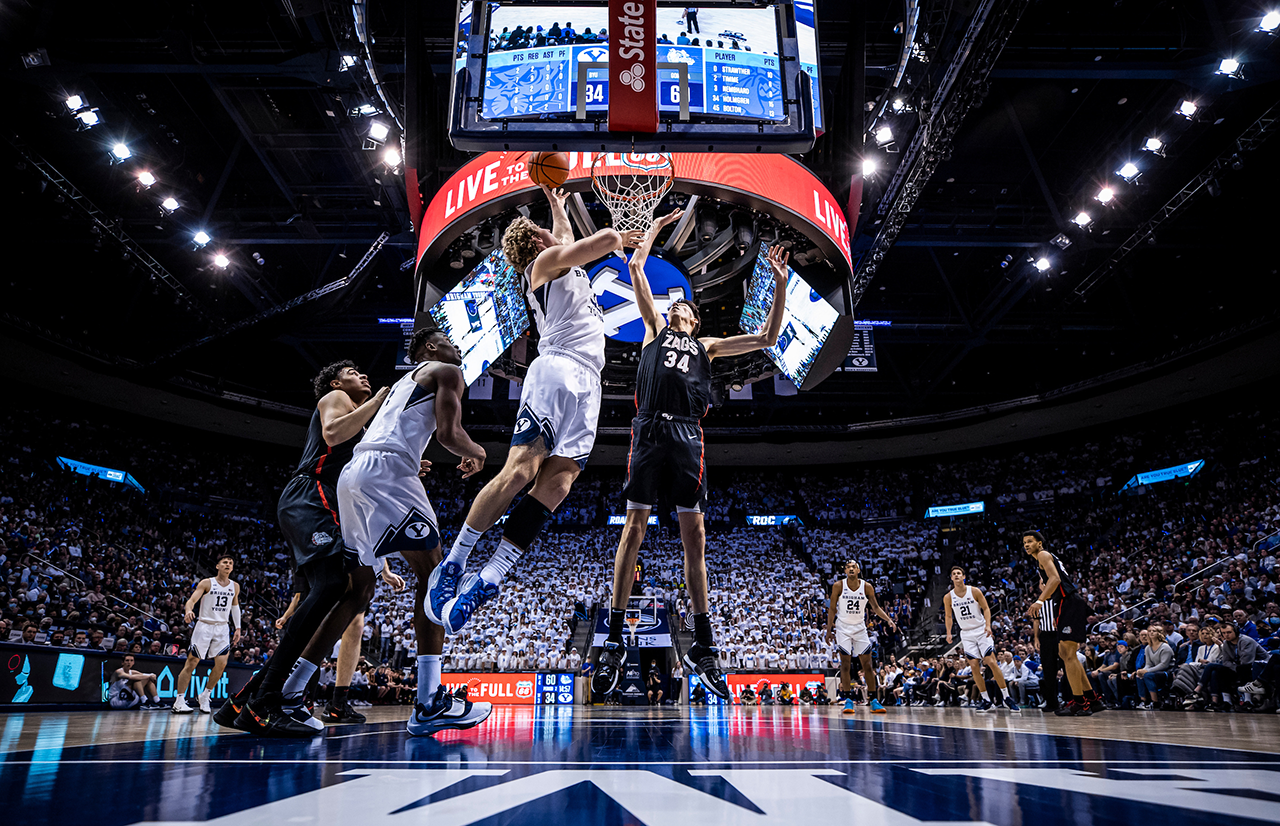 A win and a loss leaves BYU Women’s Hoops at No.16 in the charts this week. The BYU Women’s Basketball team went face-to-face with Portland on Thursday night, taking a loss at 64–75. But all wasn’t lost as the Cougs moved on to Gonzaga on Saturday night, doing what the men’s team couldn’t and taking a win with 62 points to the Zags’ 50. The Cougars were down by 15 at half time, but made a royal comeback to secure the win in the last few minutes by eight points. The Cougs will host Pepperdine at the Marriott Center this Thursday before hitting the road to play Saint Mary’s on Saturday.

The Cougs had a challenge on their hands this week as they faced Ball State in the Smith Fieldhouse. BYU reigned victorious on Friday night, taking the win at 3–2. The Cardinals gave the Cougars a run for their money in the beginning, securing the first two set wins, but BYU fought back and won the last three to take home the match win. Saturday night the Cougs weren’t so lucky; the Cougs lost 1–3 as the Cardinals gave their all. BYU remains at No.9 and will host the Tritons of UC San Diego this Friday and Saturday. Make sure to watch BYU Sports Nation daily at 10 AM MST for your behind the scenes look at all things BYU sports. 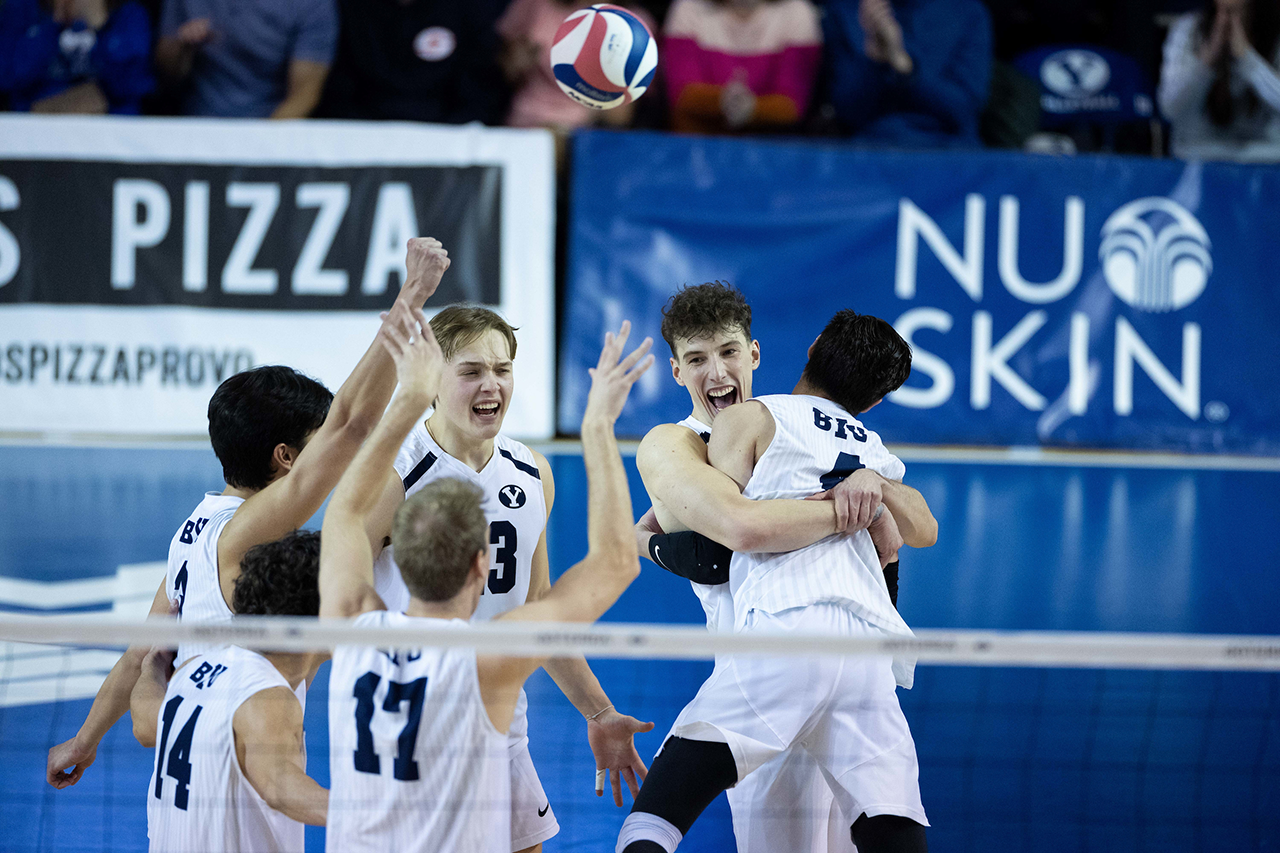 Boise State couldn’t do enough to beat the Cougars this weekend as BYU’s star gymnasts scored eight career highs to secure first place. BYU hosted the Broncos on Saturday, scoring a 196.700 to Boise State’s 196.525 — a close competition! Boise State was ahead of the Cougs after the first rotation on vault, but BYU fought back and stayed ahead on bars. The Cougs did the same on beam, and Sadie Miner-Van Tassel scored a career high of 9.925 on floor to contribute to the Cougs’ win. BYU faces the Broncos again this week at the ExtraMile Arena in Boise. 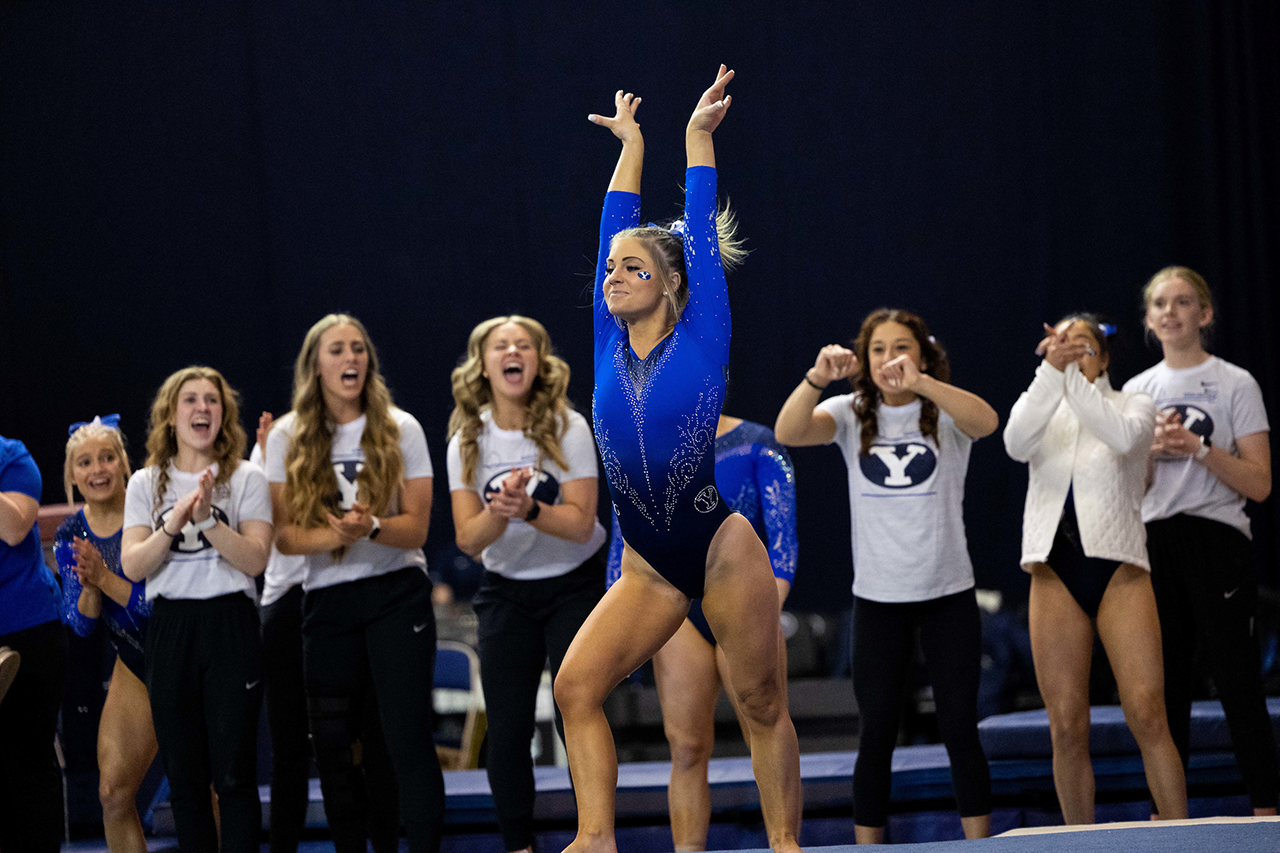