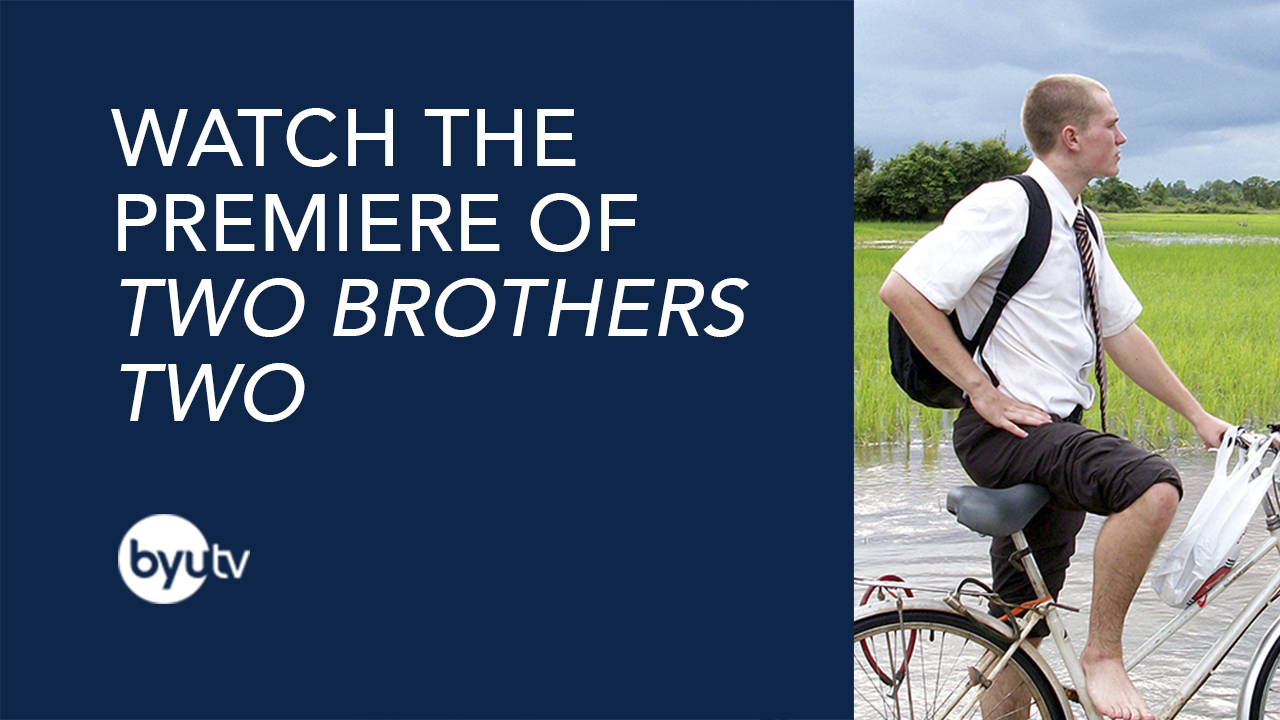 Luke and Sam Nelson are back for Two Brothers Two

In the unique new documentary series Two Brothers Two, director Rick Stevenson takes us on a journey through the lives of the Nelson brothers, Sam, Luke, Tommy, and Joseph, as they struggle to find love for each other and for themselves.

Be sure to watch the premiere of the two-part series Two Brothers Two on BYUtv this weekend: 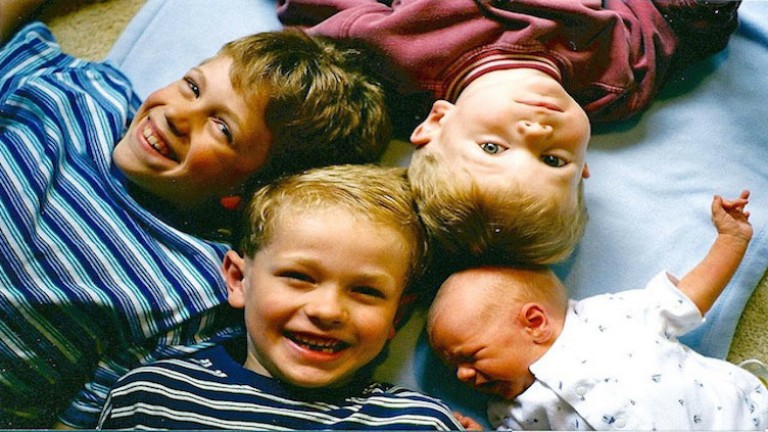 Get an Insider look at Two Brothers Two

To celebrate the premiere of the two-part series Two Brothers Two happening this weekend on BYUtv, we sat down with the Producer and some of the brothers for an exclusive interview about the film.

AN INTERVIEW WITH THE PRODUCER, RICK STEVENSON

BYUtv: Why did you pick this family/these brothers?

Rick: The reason will be revealed in the final three minutes of Two Brothers Two. Yes, you must watch in order to find out :)

BYUtv: How often do you go film them?

Rick: We did interviews once a year and then I collected B Roll on several occasions(like Christmas, Easter, etc.) They also kept Video Diaries during their mission.

Rick: All of us have an arc—that thing we struggle with—that thing we are most afraid to face. Sam struggled with his sensitivity—whether he dared to feel all that he was feeling. His mission put that to the ultimate test. Tommy struggled with perfectionism—feeling good enough when things did not go his way. Luke struggled with his humility when bravado had always worked for him in the past. And Joseph struggled with owning fully who he was—eccentric personality and all. These arcs identified themselves early and in every case, the mission proved to be the defining moment.

BYUtv: What have you learned, or changed, about this project as it’s gone along?

Rick: I have learned about the power and potential of our agency: the fact that Heavenly Father allows us to be the author of our own lives. We can choose to be the hero in our own stories or a secondary character in someone else’s. Knowing that the world is split between people who are masters of their own lives and people who are victims, I have increasingly designed my question set to empower the participant to discover the fullness of their own potential. 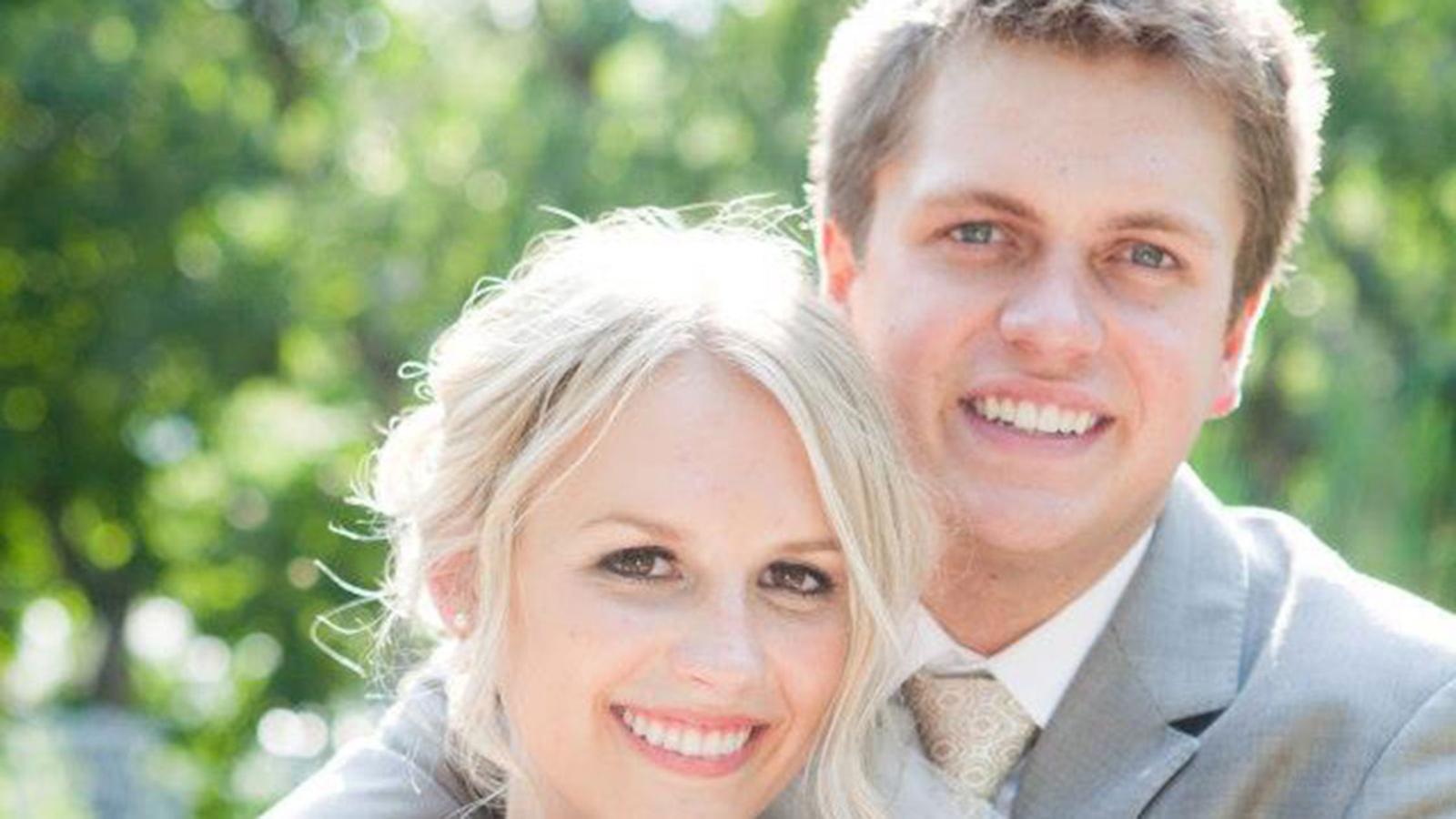 AN INTERVIEW WITH SAM

BYUtv: Was it different this time around being filmed?

Sam: Priorities were different this time. My decisions now have a lot to do with how they affect others that I'm responsible for.

BYUtv: Do you go back and watch the earlier films? What do you take away from them?

Sam: I do occasionally. Honestly, sometimes it feels a little bit like looking at old high school photos but it's always healthy when I do watch it. Seeing myself on video brings me right back to that time of life and it actually really centers me to see myself talking about my mission.

BYUtv: What do we have to look forward to with the new installments?

Sam: ha. Me dying my hair blue, Luke's bodybuilding, Tommy getting married and an inside look at Joe's mission. This actually caught all of us at a pretty interesting time of life. More anything else though, it just more honest conversation on living everyday life as a member of The Church of Jesus Christ of Latter-Day Saints.

BYUtv: What should we know about Tommy and Joseph before watching the new installments?

Sam: They have both changed a lot since you last saw them. 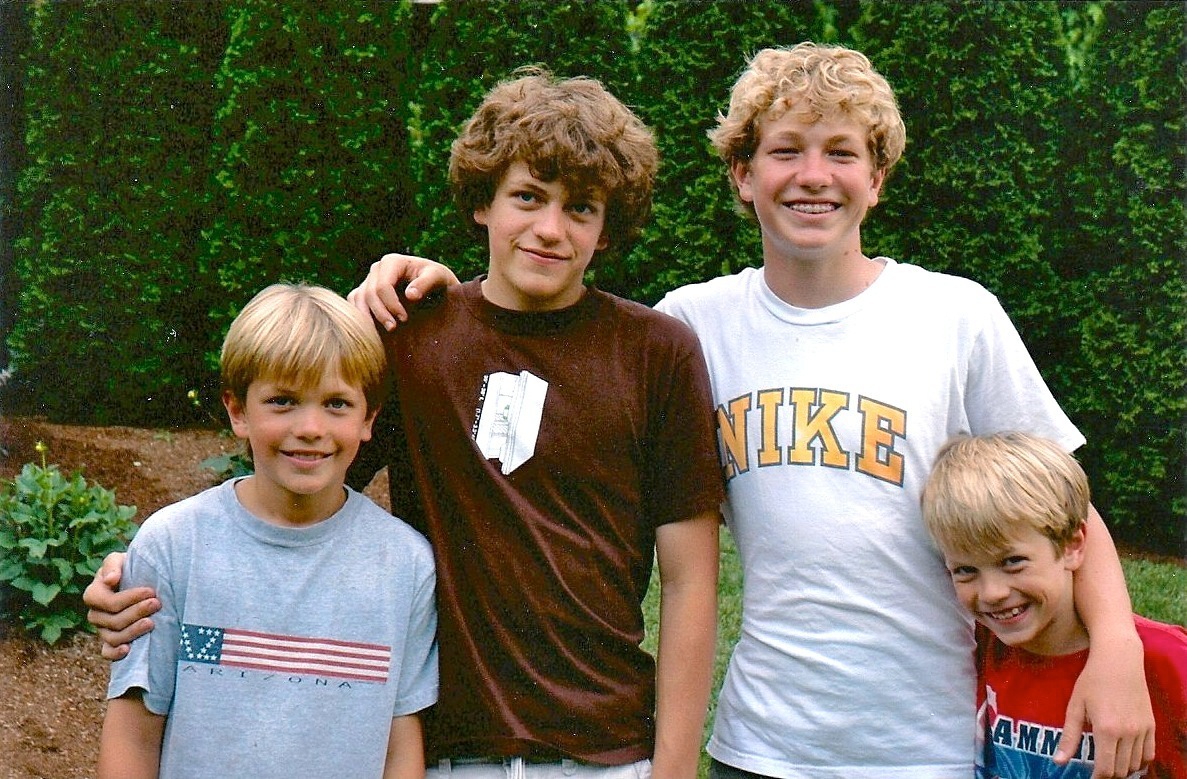 AN INTERVIEW WITH LUKE

BYUTV: Was it different this time around being filmed?

Luke: Yes and no. Being filmed has been a consistent part of my life since I was 8 years old. Interviews have always been between me and my uncle which has made it easy to be authentic in my interviews. I definitely feel more comfortable being around a camera now than when I was 8. It was always difficult for me to not look at the camera. I have gotten better at "acting natural" this time around.

BYUtv: Do you go back and watch the earlier films?

Luke: Every once in a while. I've only watched the first film a handful of times. It is a little embarrassing to watch myself on screen so I generally try to avoid it.

BYUtv: What do you take away from them?

Luke: In many ways, this film project is my own personal journal. It has held me accountable to myself and has given me a way to track my goals and how I am progressing as a person. The 2 Brothers series reminds me that every day I make choices that will influence my future.

BYUtv: What do we have to look forward to with the new installments?

Luke: The 2 younger brothers! Sam and I are both married and we both have kids.

BYUtv: What should we know about Tommy and Joseph before watching the new installments?

Luke: Tommy and Joe are awesome people. I look up to them both in a lot of ways. They are both fantastic missionaries and are great examples of living the Gospel. Also, Joe is single and gets home from his mission in 8 months! 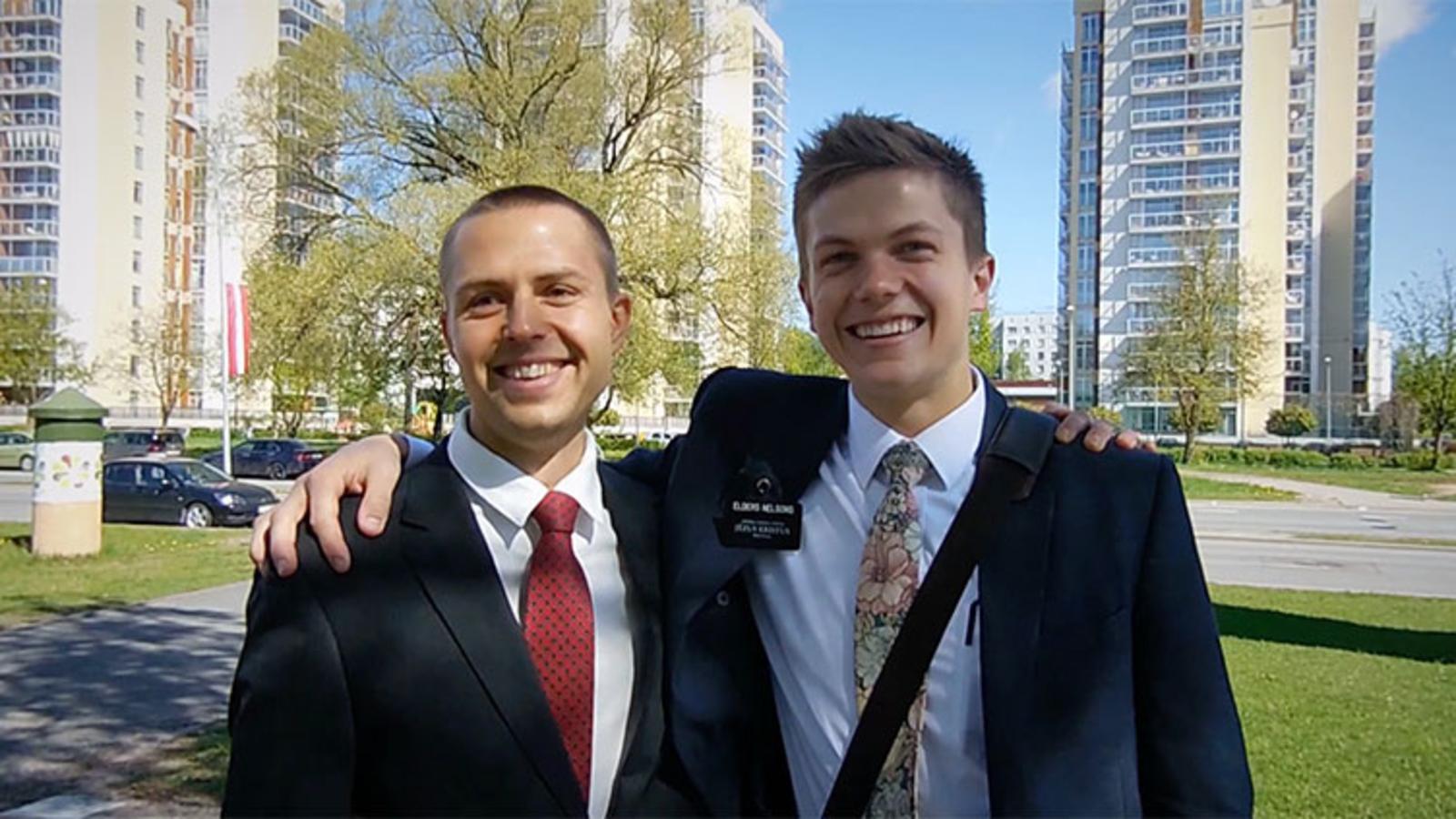 AN INTERVIEW WITH TOMMY

##### BYUtv: Are you excited to be a part of this? Tommy: Yes! I’m currently at BYU and I get approached often by return missionaries who found a lot of strength and help in just the episode about my mission that was posted online. I think that it helped them to turn to Christ on their mission and it raised my awareness of the good that the project can accomplish.

BYUtv: What should we know about you before watching?

Tommy: Joseph and I are best friends. I’ve never been closer to anyone!

BYUtv: Did you learn anything from watching your older brothers in the first installments?

Tommy: I saw the value of the project. Luke and Sam had a big impact on a lot of people. I think that my brothers and I are good people, but I don’t think that we are insanely extraordinary. I think that the honesty of the project, the “realness” that people saw in the interviews and struggles are what people value most. 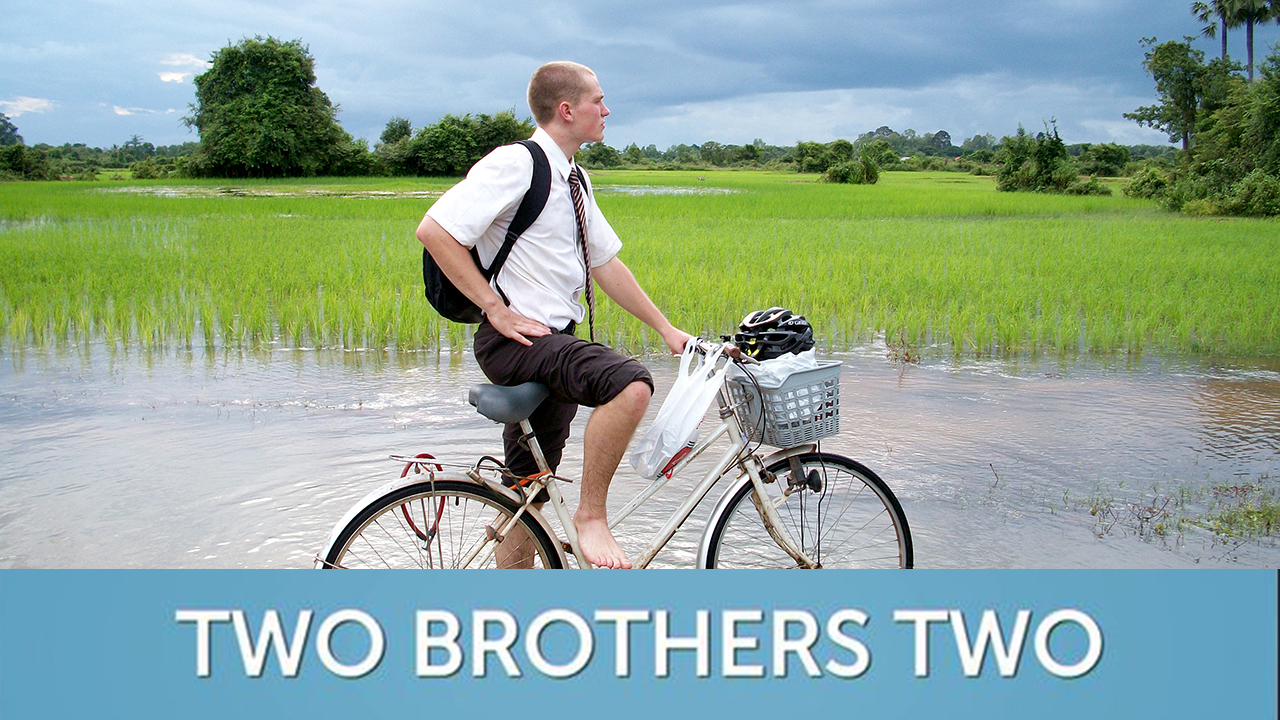 Be sure to watch the premiere of the two-part series Two Brothers Two on BYUtv this weekend!