The rowdy USU crowd and another hurt quarterback weren’t enough to stop the Cougars from winning their fifth game in a row this season. The win propelled the Cougars into 10th place in the College Football Rankings. Can they keep the momentum going against Boise State this weekend? Download the BYUtv app to stay up-to-date with football and all your favorite sports. 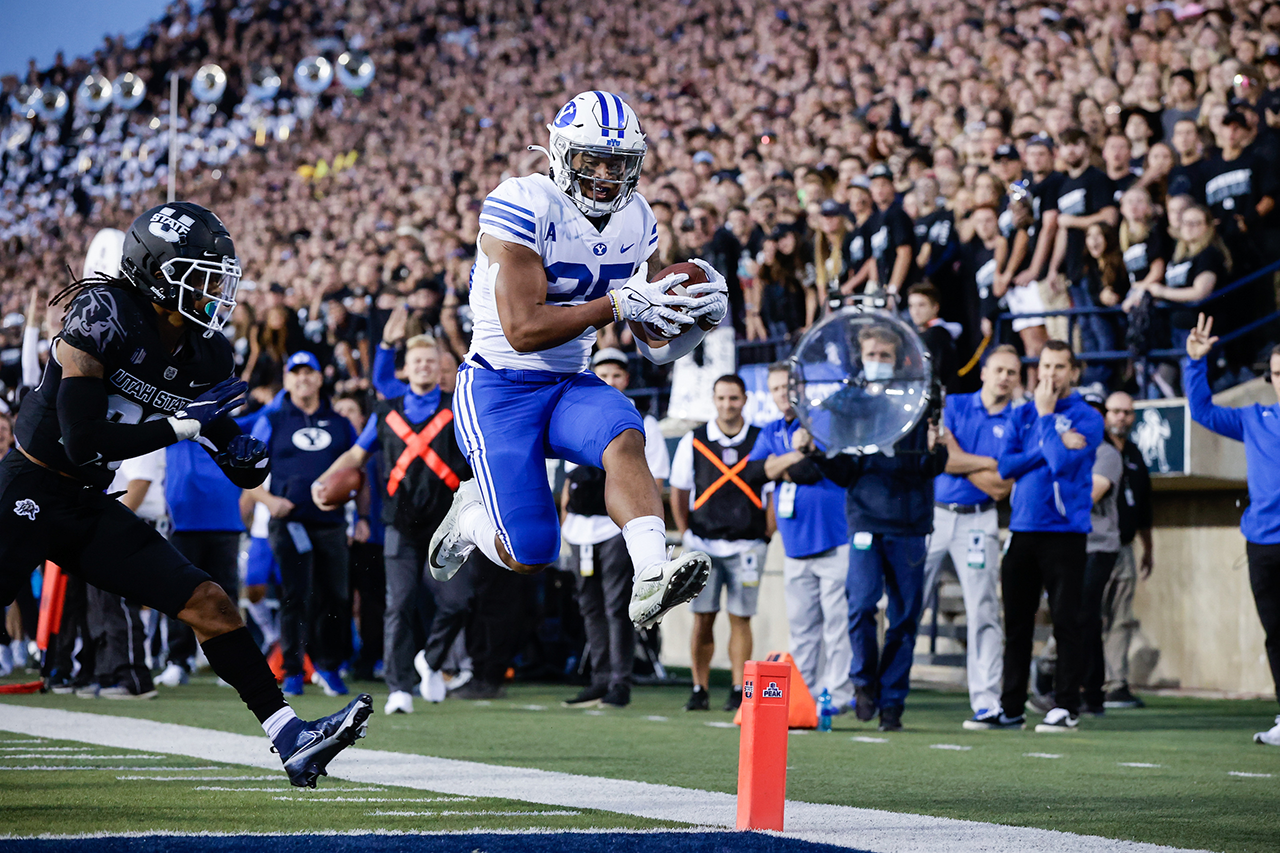 The crowd was wild, but BYU’s football was even wilder. In another interstate rivalry game, the BYU Cougars proved that they’re a force to be reckoned with. Tyler Allgeier started the first quarter off with a touchdown that would solidify the Cougars’ trajectory for the evening. BYU remains one of four teams in the nation to have not trailed in a game this season. Thanks to Allgeier as well as Jake Oldroyd’s record-breaking field goals, the Cougars got off to a brilliant start.

The second quarter saw the Cougars scoring two more touchdowns from Isaac Rex and Tyler Allgeier. After a head injury on the field, Baylor Romney came out of play going into halftime, and was replaced by third-string quarterback Jacob Conover, a freshman from Arizona. 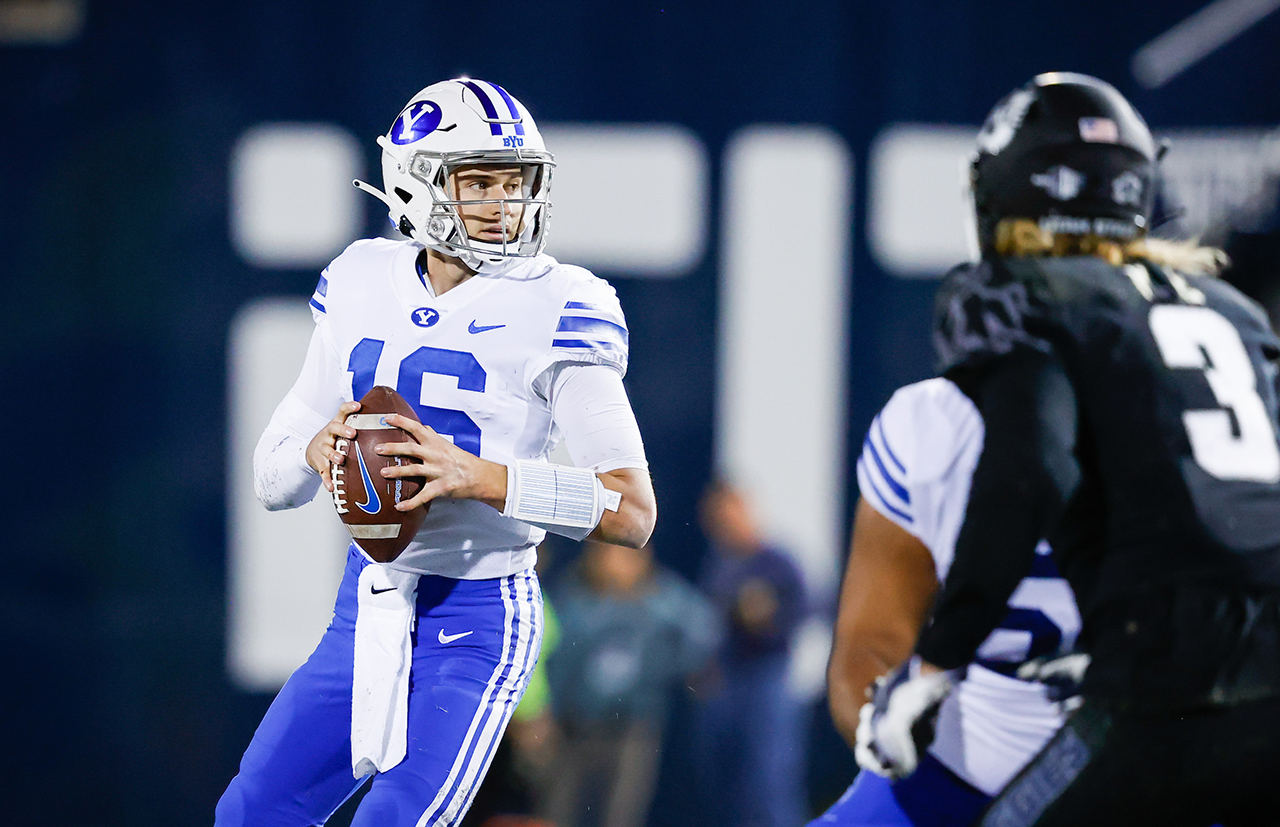 Jake Oldroyd put more points on the board in the fourth, with a 32-yard field goal to bring the Cougars up 27-13. Utah State closed the gap a little with a touchdown to bring the score to 27-20 and made it anyone’s game as the clock counted down. But an interception by Malik Moore was all it took for Tyler Allgeier to get another touchdown for BYU. As the last minute counted down, BYU let the seconds run out and ended the game with a score of 34-20. The Cougars won their 5th consecutive game, and later jumped from 13th place to 10th in the College Football Rankings. 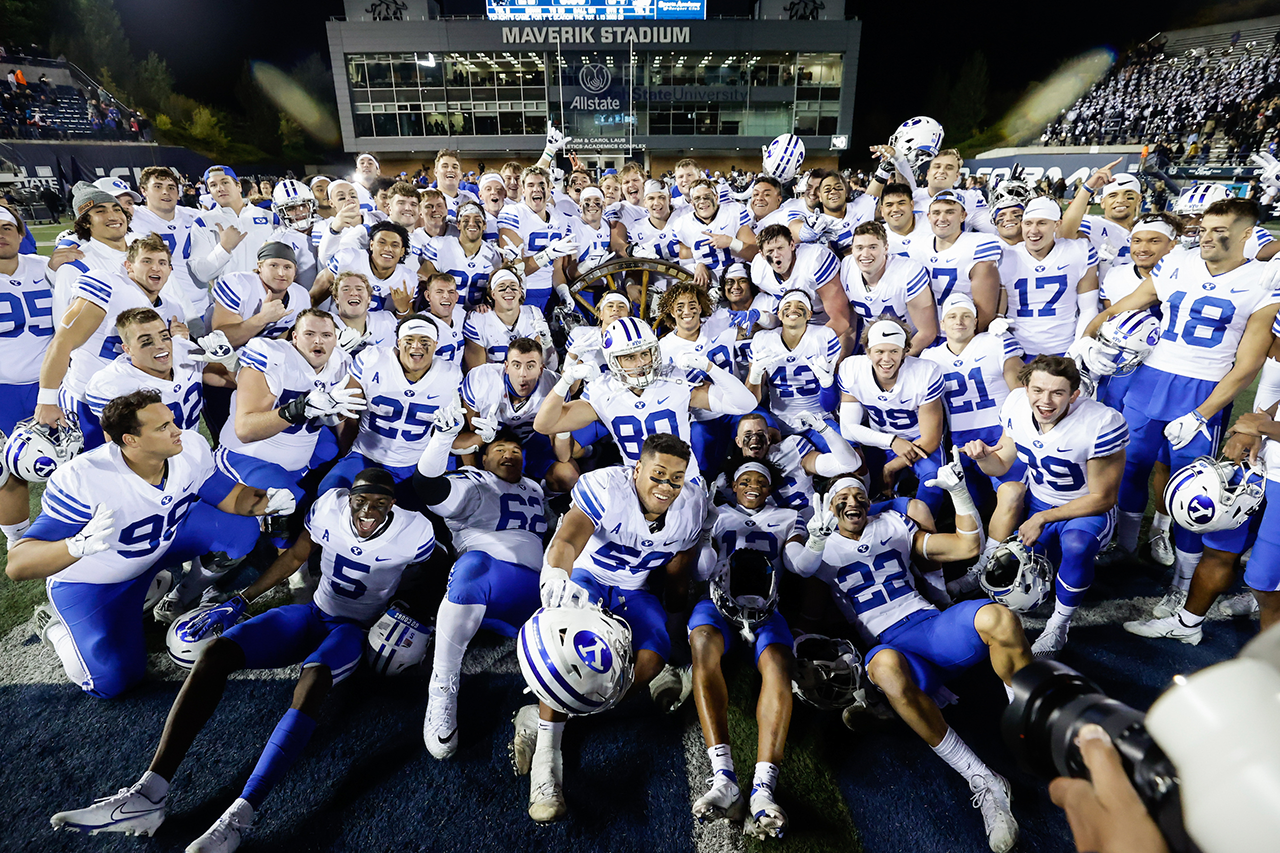 The BYU women’s soccer team secured another win for the Cougars in their away game against Gonzaga. The Cougs ended the night with a 6-1 score for their first win of the season away from home. BYU had 51 percent of the possession throughout the game and looks to have a good match against Saint Mary’s on home turf this week. The Cougars have never lost to Saint Mary’s and took their largest victory margin in 2019 with an ending score of 8-0. Will the Cougars be able to beat that? Find out this weekend on the BYUtv app.

The BYU women’s volleyball team kept the wins rolling in over the weekend. The Cougars won 3-0 to San Francisco in an away game and are set to play Portland and Gonzaga this week in Provo. Just like the football team, BYU Women’s Volleyball is ranked 10th and enjoying a victorious season. To top the win over the weekend, BYU’s Kennedy Eschenberg won the West Coast Conference Defensive Player of the Week on Monday. This week’s games will be live streamed on BYUtv and the BYUtv app. Make sure to download the app now to be ready for the game!