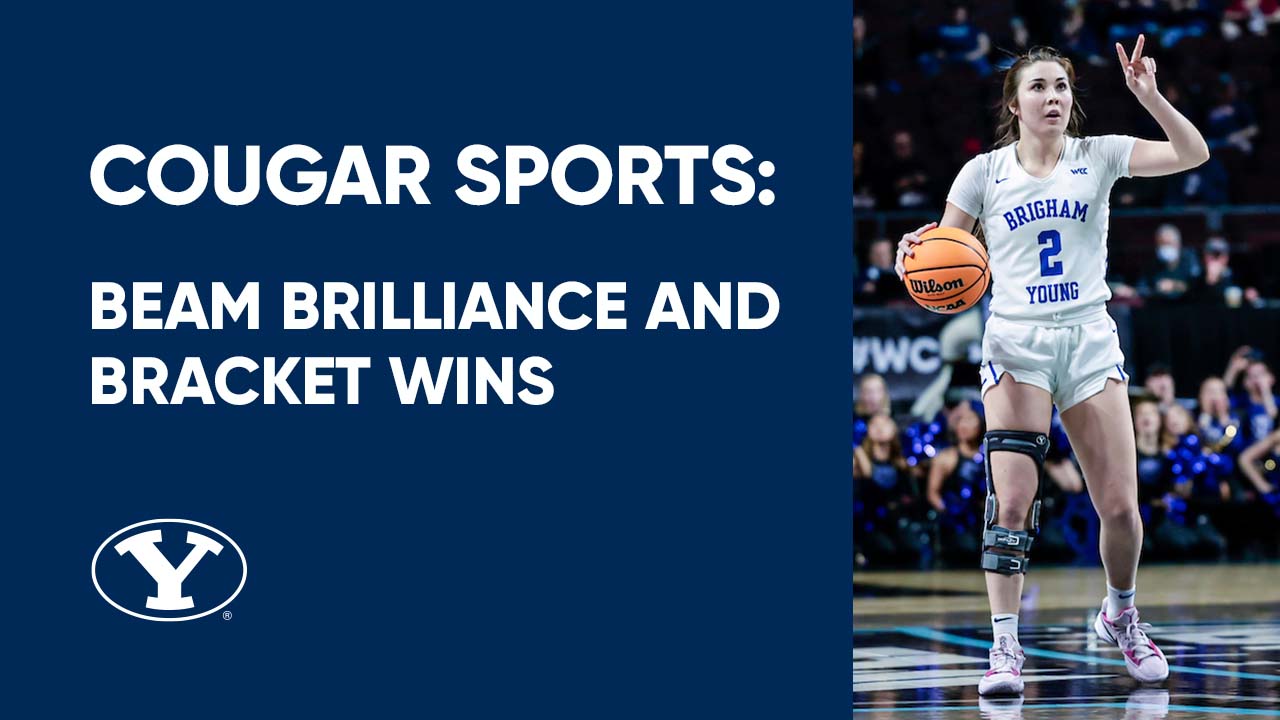 BYU took some unfortunate losses this week, but secured some amazing wins. As Winter semester comes to an end, the Cougars continue their sporting seasons with true bravado on the court, off the court, and most especially on the beams. With women’s sports securing an undefeated week, and men’s sports taking some L’s, Cougar Nation has a lot to look forward to in the coming weeks.

In an unfortunate turn of events over the weekend, BYU lost to San Francisco in the WCC quarterfinal. The game ended with a score of 63¬¬–75 after BYU couldn’t keep up with USF’s defense. BYU was the No.5 seed going into the quarterfinals, with USF being the No.4. Alex Barcello led the Cougars with 18 points, as the team shot for 38 percent from the field and 64 percent from the free-throw line. For the time being BYU looks more likely to end up in the National Invitational Tournament than proceeding through to the NCAA tournament, but with Selection Sunday still being a week out, decisions are up in the air. Can the Cougs keep it together one last time to move on up? Check out BYU Basketball with Mark Pope, Tuesdays at 6:30 p.m. MST for the insider info. 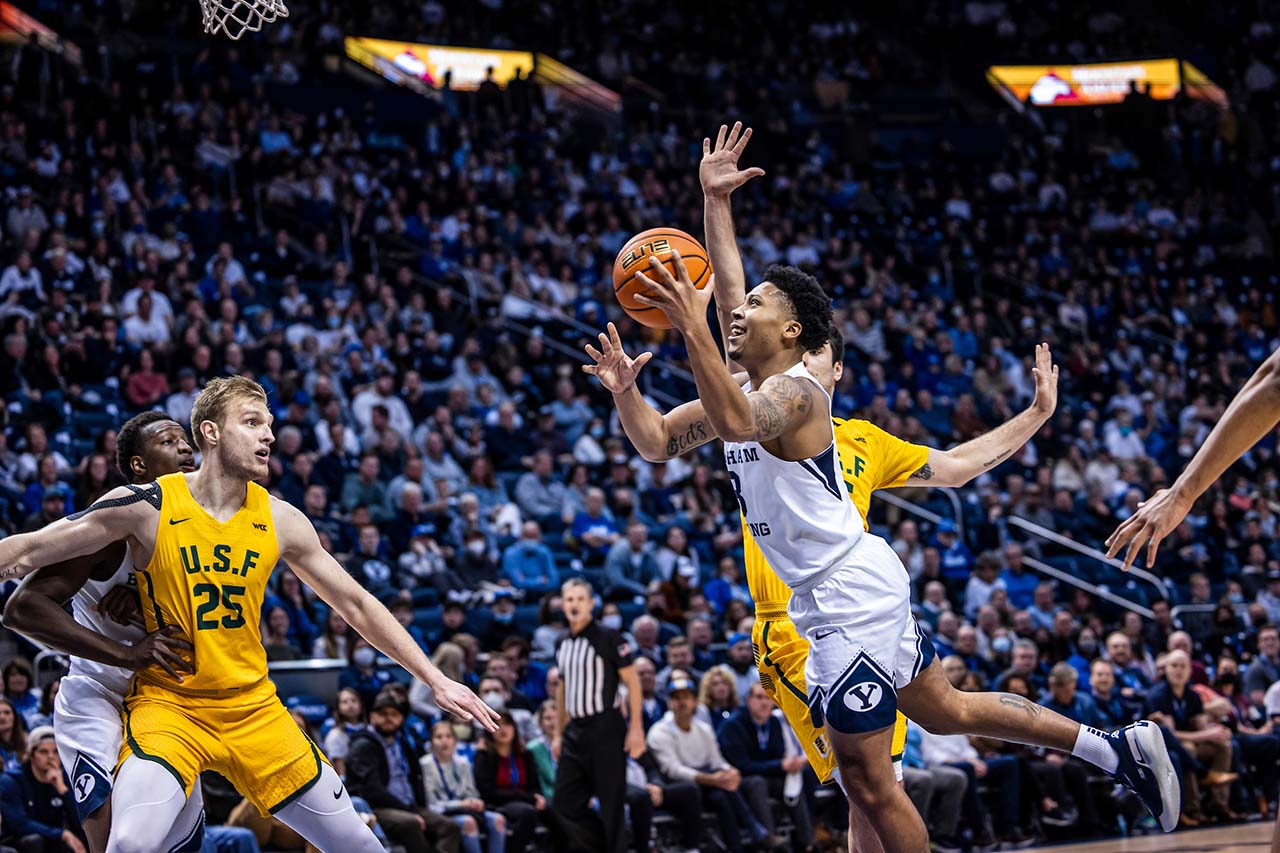 In the West Coast Conference Tournament on Monday, BYU beat Portland in the semi-finals with a score of 59–52. The Cougs brought their A-game to the Orleans Arena in Las Vegas, proving why they’re No.15 in the nation and climbing. BYU is the No.1 seed in the tournament and progresses through to the finals against Gonzaga. It was anyone’s game in the end with both teams neck-and-neck going into the last few minutes but the Cougs pulled through. What lays in store for Women’s Hoops as they play Gonzaga? Stay tuned to find out. 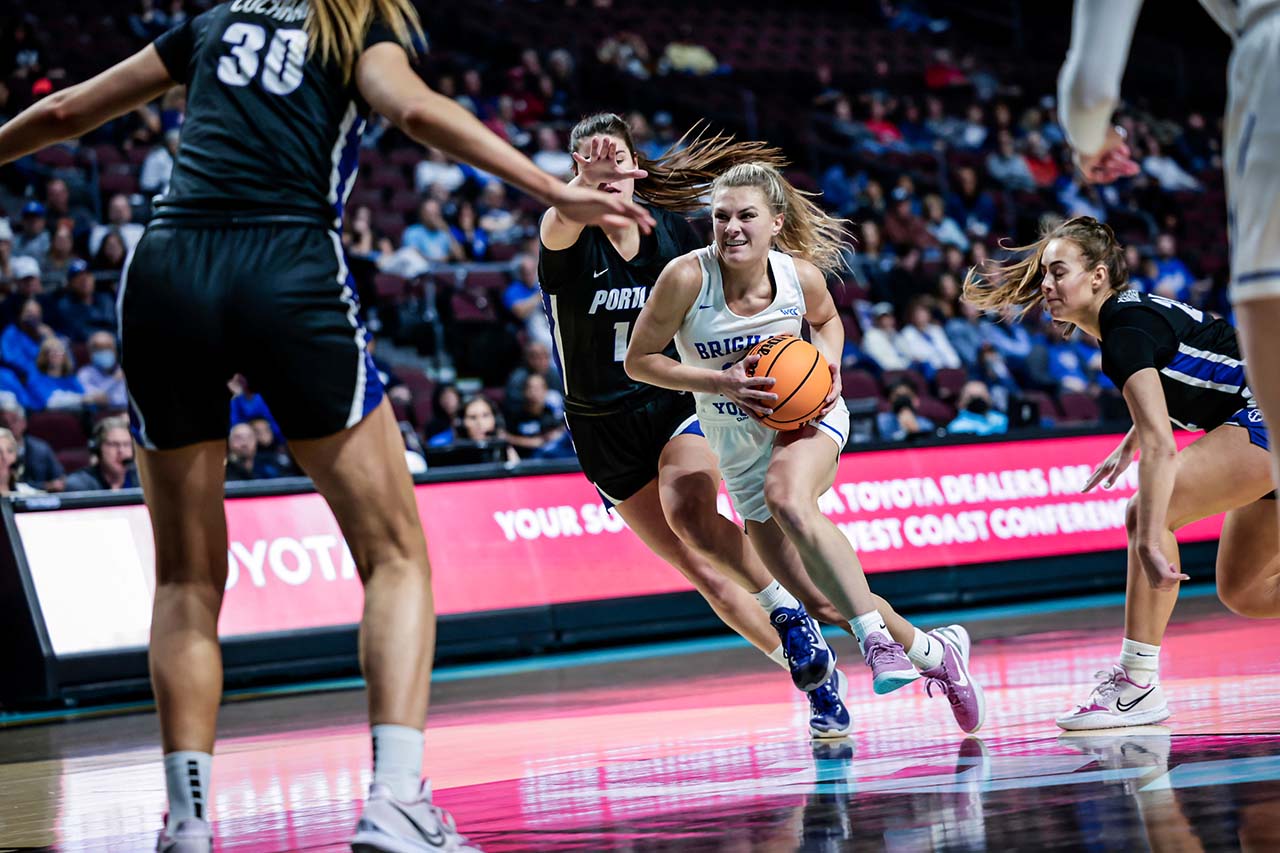 Men’s Volleyball continued to take hits from their opponents, losing two more games this weekend. The Cougs played USC in two away games in Los Angeles on Friday and Saturday, only managing to win one set over the two days. No.15 BYU played No.6 USC racking up 48 kills, and securing a win in the third set. USC took it back in the fourth, winning the night. On Saturday, the story was even less hopeful. BYU walked away without any set wins, keeping their losing streak running for five weeks now. 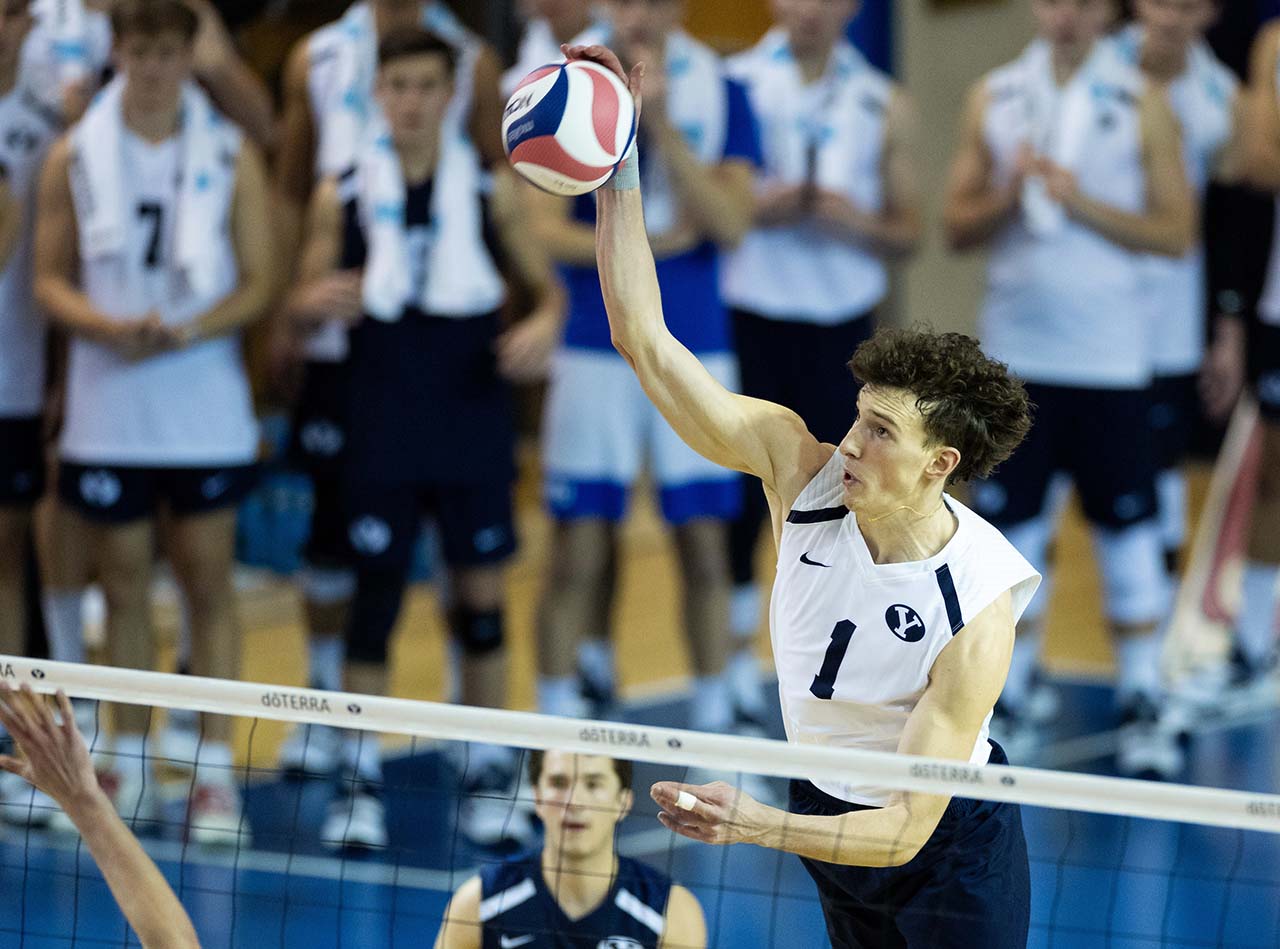 It was a senior night to remember for BYU gymnastics as the No.14 Cougars beat both Washington and Illinois State at the Marriott Center on Friday. BYU ended the night with a score of 196.45, to Washington’s 195.800 and Illinois State’s 192.800. Sadie Miner¬–Van Tassel tied her all around career high for the night with a score of 39.525. BYU now prepares to meet with the University of Arizona this Saturday in the Smith Fieldhouse. 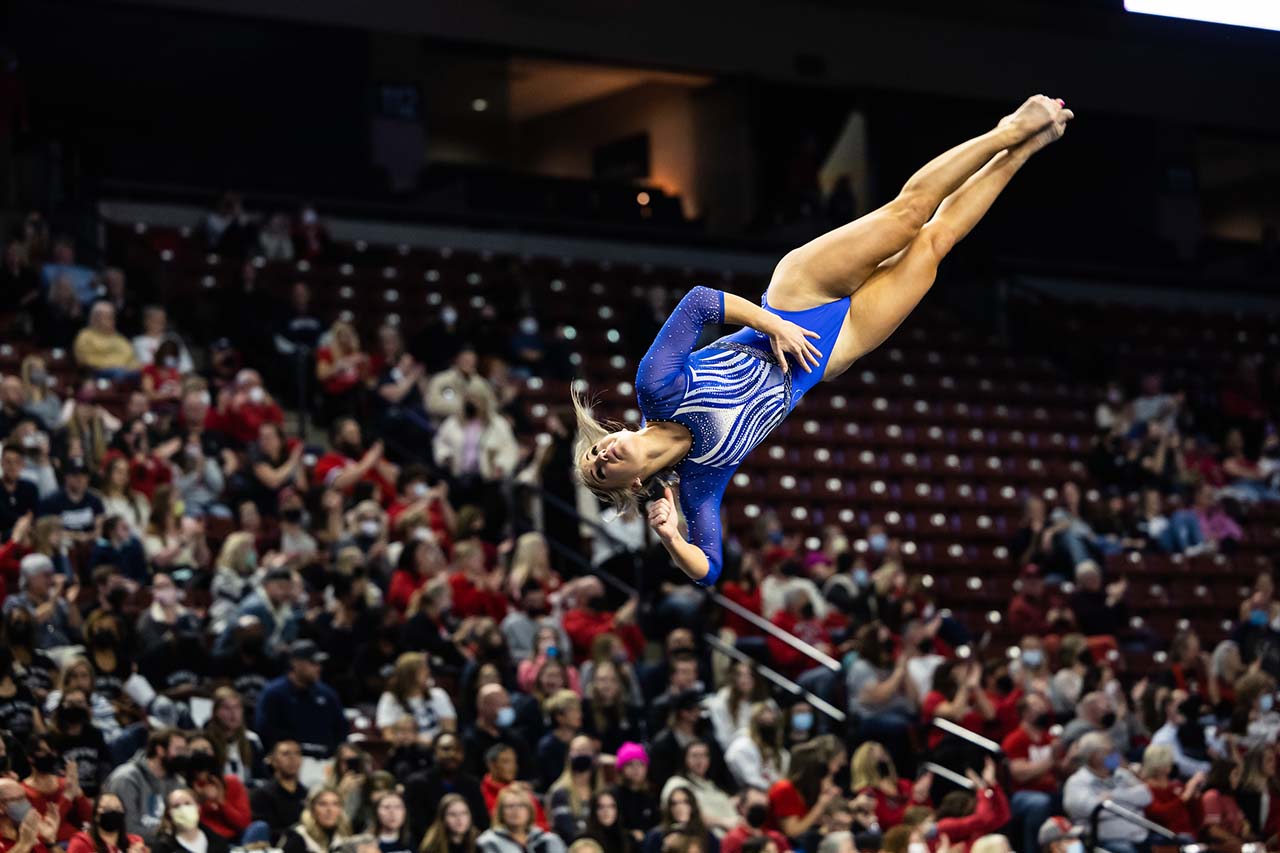