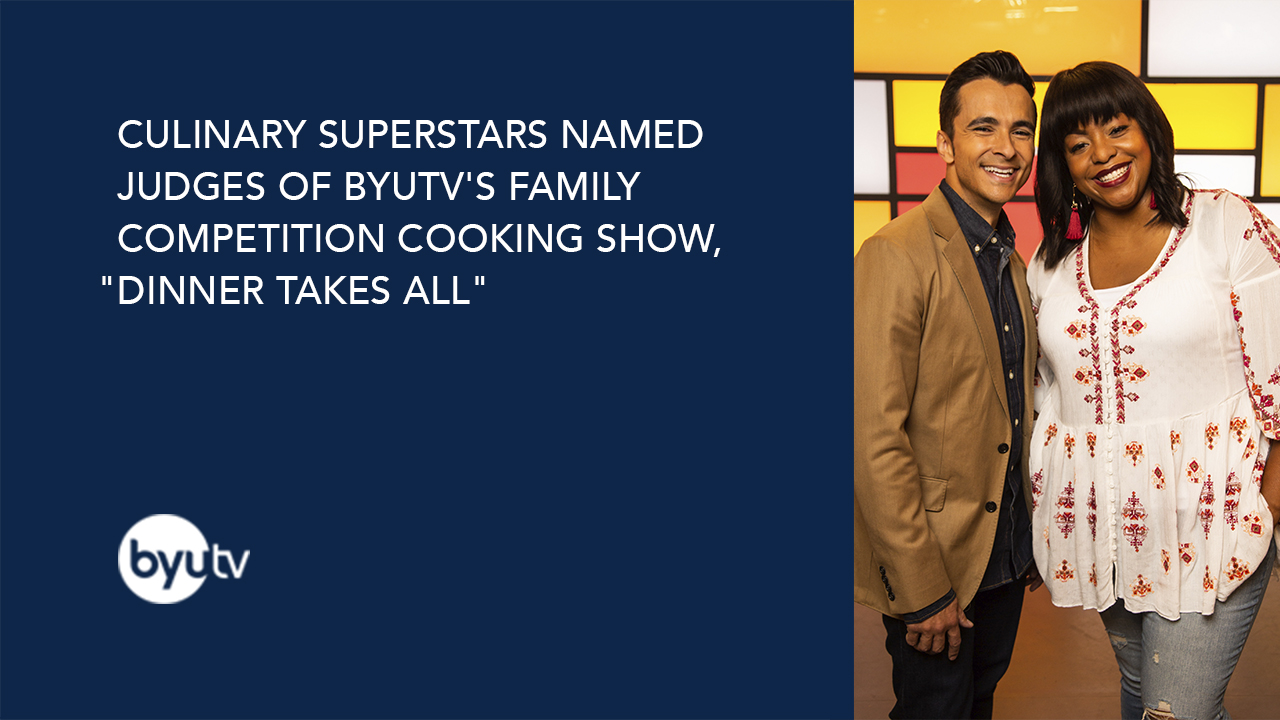 "Dinner Takes All" is a fun and friendly competition show in which two teams of five family members go head-to-head to cook their "best Sunday dinner." Each team uses family recipes to create an entrée, three side dishes and a dessert, while simultaneously playing interactive food-centric games for bonus points. Winning families receive a year's worth of groceries or a cash prize.

"Kardea Brown and Eddie Zamora are beloved on television and social media for their engaging personalities and unique takes on cuisine, which is exactly what we are looking for to add zest to this family cooking competition," said Michael Dunn, managing director of BYUtv. "Kardea and Eddie perfectly complement the star power of our host Kelsey Nixon. Together, we're confident they will bring out the right mix of culinary magic, competitive spirit and fun from the family teams."

Host Kelsey Nixon, who was voted "fan favorite" on "Food Network Star," is also known for her role as a judge on the Food Network's "Chopped Junior" and as the host of "Kelsey's Essentials" and "Kelsey's Homemade" on the Cooking Channel. She is a frequent guest on "The Rachael Ray Show" and "The Wendy Williams Show." 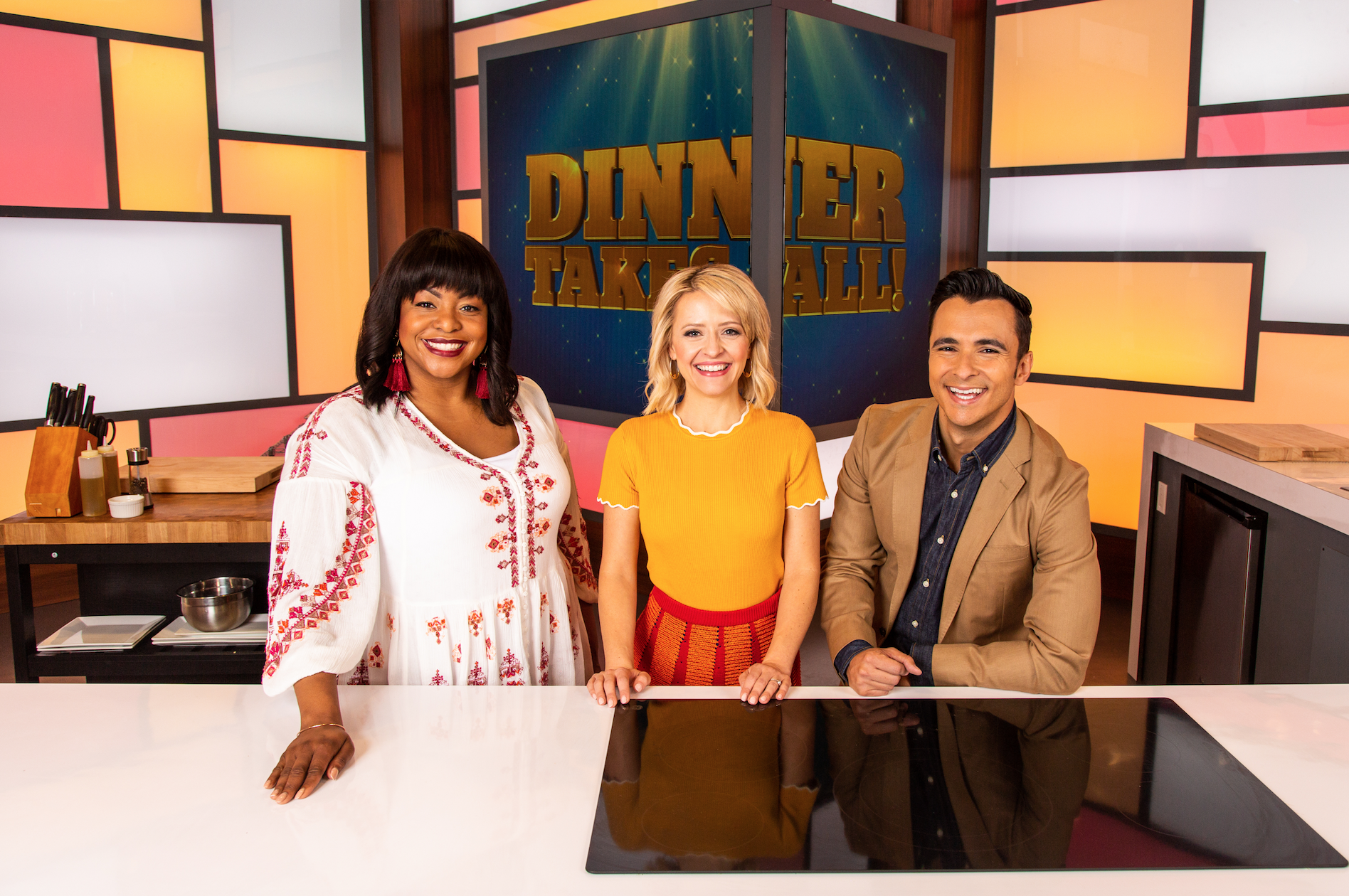 Judge Kardea Brown is a contemporary Gullah cook known as "The Queen of Country Southern Cuisine." Born in Charleston, South Carolina, she is the creator of The New Gullah Supper Club, in which she travels from state to state, cooking traditional Gullah dishes with a contemporary twist. Kardea has appeared as a judge on "Chopped Junior" and "Kids BBQ Championship."

Judge Eddie Zamora is an international foodie, influencer & Latin home cook. Born and raised in Miami, his fans follow him as he shares his honest and entertaining reviews and recommendations while traveling the globe in search of the best and worst places to eat, drink and stay.

"We are absolutely thrilled with the potential for 'Dinner Takes All,'" said executive producer and show creator, Cleve Keller. "Thanks to 'Chopped,' we know firsthand that families love cooking competition series. Now when a family sits down to watch TV together, we hope 'Dinner Takes All' becomes their new favorite show."

"I'm beyond excited to be part of a project that celebrates the best of food, family and fun," said Nixon. "'Dinner Takes All' is programming everyone in your family will enjoy watching together, and it will hopefully lead to more experiences cooking together and getting to know each other better, as well."

"Dinner Takes All" is part of BYUtv's growing original programming slate, including the long-running sketch comedy series "Studio C," which touts over 1 billion views on YouTube, "Relative Race," the first family-history based competitive reality show that follows four teams as they meet relatives linked by DNA for the first time in a race throughout the U.S., "Random Acts," an unscripted hidden-camera reality show that highlights the altruistic nature of human beings by featuring real people who are the recipients of random acts of kindness and "Best Cake Wins," a fun and family-friendly baking competition series designed to make a child's most desired birthday cake a reality. BYUtv is available in every state of the country via cable, satellite and multiple digital media platforms.