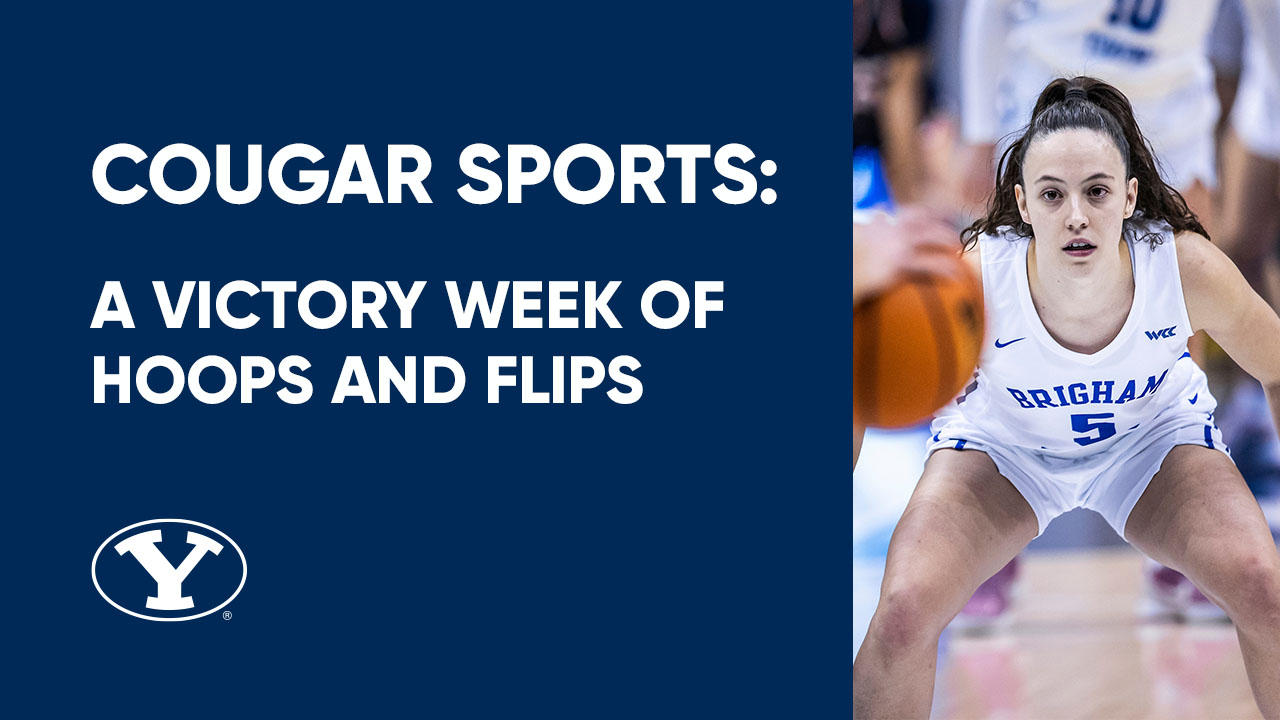 Men’s Basketball is back in action after a week of big wins for BYU Sports! From basketball to gymnastics, the Cougs had a great week, only taking a bit of a hit behind the volleyball net. With a big week of competition ahead, the Cougars are coming in strong as the semester’s halfway mark brings the Winter sports season closer to an end. How will the Cougs hold up this week? Stay tuned to find out!

After a four-loss streak, Men’s Hoops is back! The Cougars secured two wins on the court this week as they traveled along the California coastline. First stop of the week was Loyola Marymount in Los Angeles, where the game was neck-and-neck. With only 2.7 seconds left on the clock, Loyola rallied to the end to tie the game 76-76, forcing overtime play. In much the same fashion, the Cougs pushed through, giving their A-game, leaving Loyola Marymount with only 0.7 seconds on the clock to make a move. But, it wasn’t enough. Caleb Lohner broke up Loyola’s last-ditch attempt, and BYU took the win at 83-82. Saturday night saw the team travel to Pepperdine, where the Cougs secured a 91-85 win over the Waves. The Cougs had a 10-point lead going into halftime, and managed to keep momentum for the second half. BYU prepares to play No.22 Saint Mary’s this Saturday and will be back at the Marriott Center next week for back-to-back games. Want to know more behind-the-scenes info leading into the weekend? Check out BYU Basketball with Mark Pope, Tuesdays at 6:30 p.m. MST. 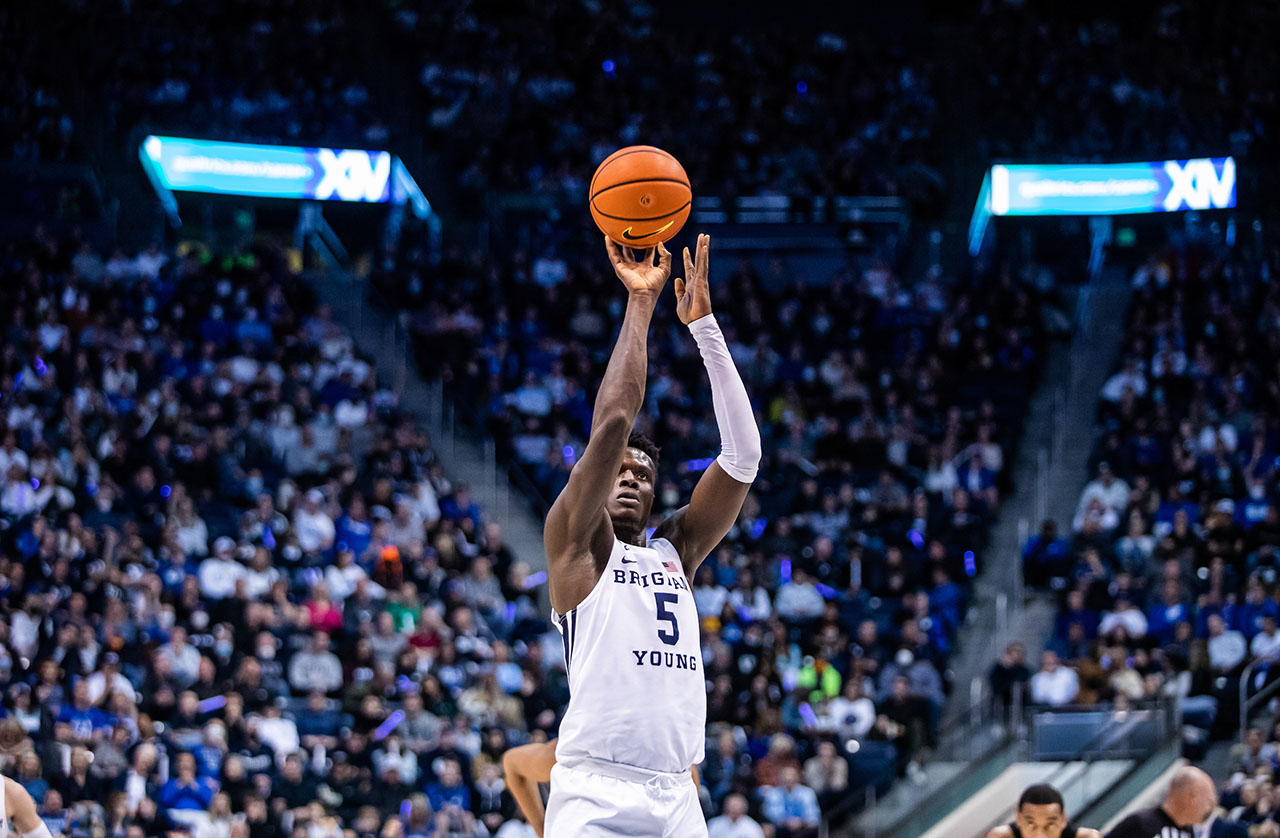 Women’s Hoops scored a huge-margin win over Pepperdine on Thursday night, putting 104-53 on the scoreboard at the Marriott Center. BYU was only two points away from doubling the Waves’ score, and the win over Pepperdine secured coach Jeff Judkins his 450th career win. The Cougars forced 19 turnovers on the Waves, and held them to the largest winning victory of the season. The Cougs carried the momentum into Saturday afternoon, taking another win against Saint Mary’s with 84-69 on the board. It is the Cougs’ second victory over Saint Mary’s this season, and Shaylee Gonzalez scored a career-high 35 points to carry the Cougs to a win. BYU is set to host Loyola Marymount and Gonzaga this week in the Marriott Center. Can they remain undefeated on their home court? Make sure to watch BYU Sports Nation, daily at 10 a.m. MST to find out! 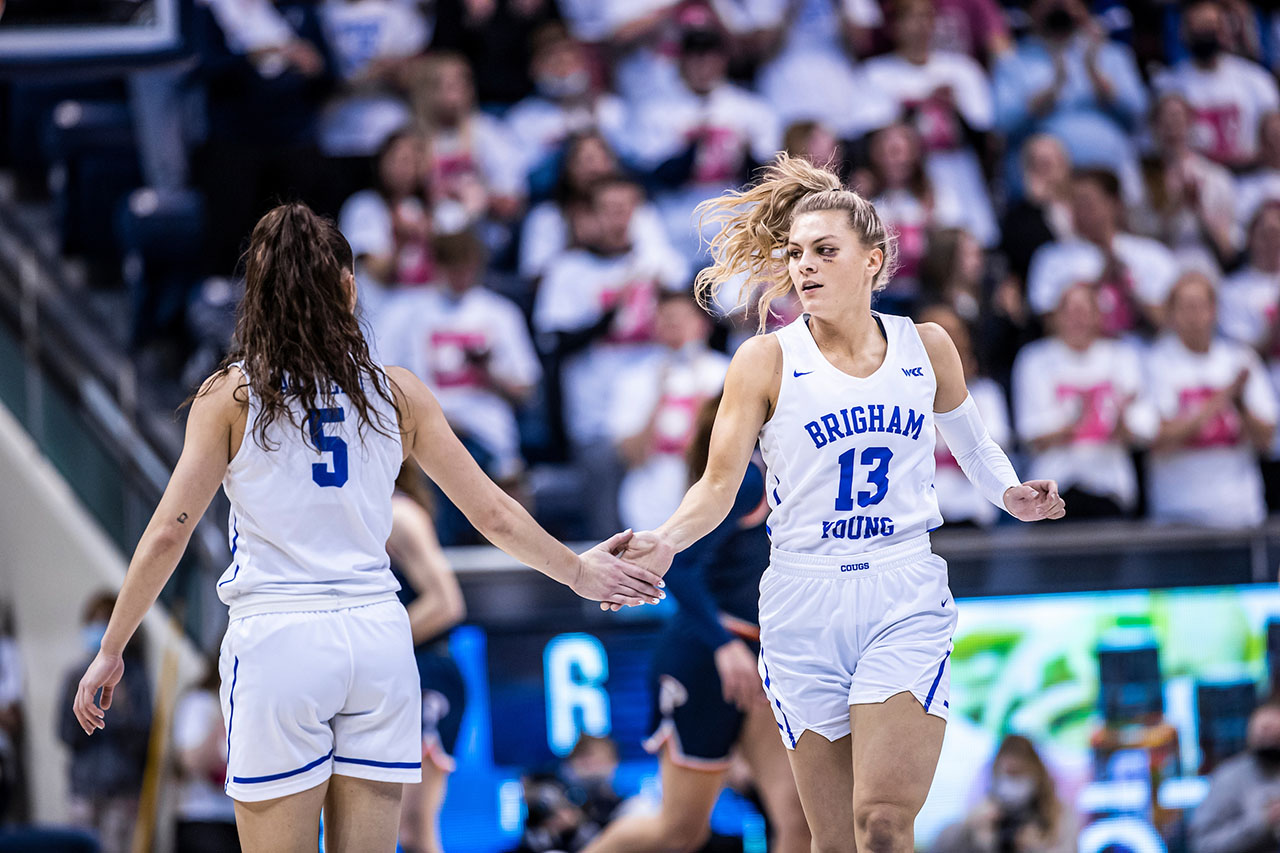 The Cougars put up a noble fight, but it wasn’t enough to beat off UC San Diego. The Cougs went down 2-3 on both Friday and Saturday night. The matches were neck-and-neck, with BYU and UC San Diego going back and forth in taking the lead. In the end, the Tritons pulled ahead 15-11 to win the set, and the night. On Saturday night, the story was much the same. Though BYU is No.11 and the Tritons are No.14, the Cougs couldn’t quite pull ahead far enough. BYU was left to play catchup throughout the last set as they allowed the Tritons to score two points in a row for the first time in the set. The Cougs will hit the road and travel to Santa Barbara this week for back-to-back games against UC Santa Barbara. Can the Cougs beat the Gauchos? 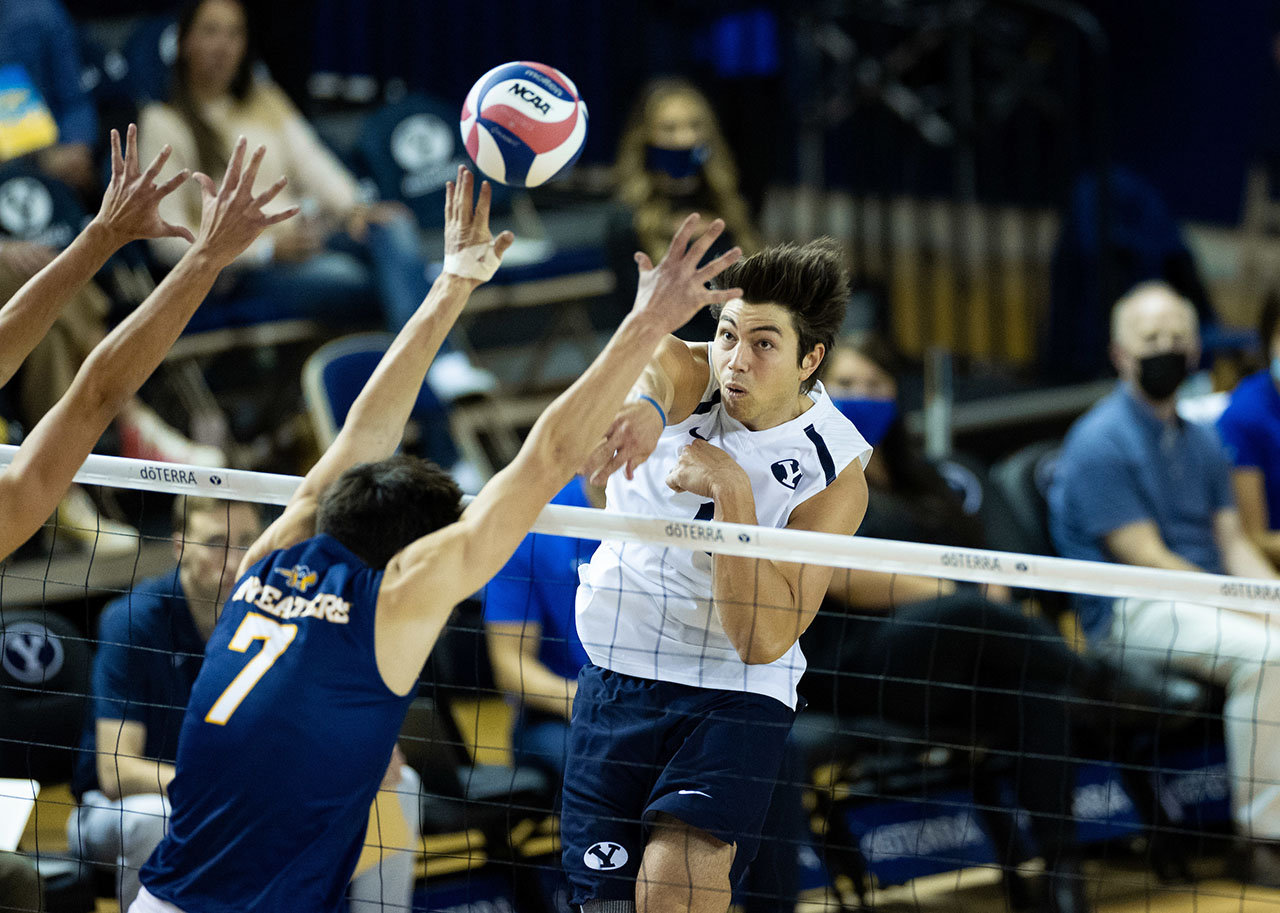 For the second time this season, BYU has taken first place against Boise State. BYU is ranked No.18, while Boise State ranks in at No.24. In a much larger winning margin than last week, BYU ended the meet with an overall score of 196.450, compared to Boise State’s 195.975. Starting the night on uneven bars, BYU pulled ahead of the Broncos with a 49.175. The second rotation saw the Cougs take to the vault, bringing the Cougars up to a 98.175. In the third rotation, floor routines saw the Broncos close the gap as the score rose to 147.325 for BYU, against Boise State’s 147.025. Only three-hundredths of a point stood between the teams. BYU’s skill on the balance beam sealed the deal for the meet in the end, pushing the Cougs well ahead of the Broncos. The Cougars are back in the Smith Fieldhouse this week for a Friday night meet against Southern Utah University. Can’t be there in person? Tune into BYUtv so you don’t miss a thing!