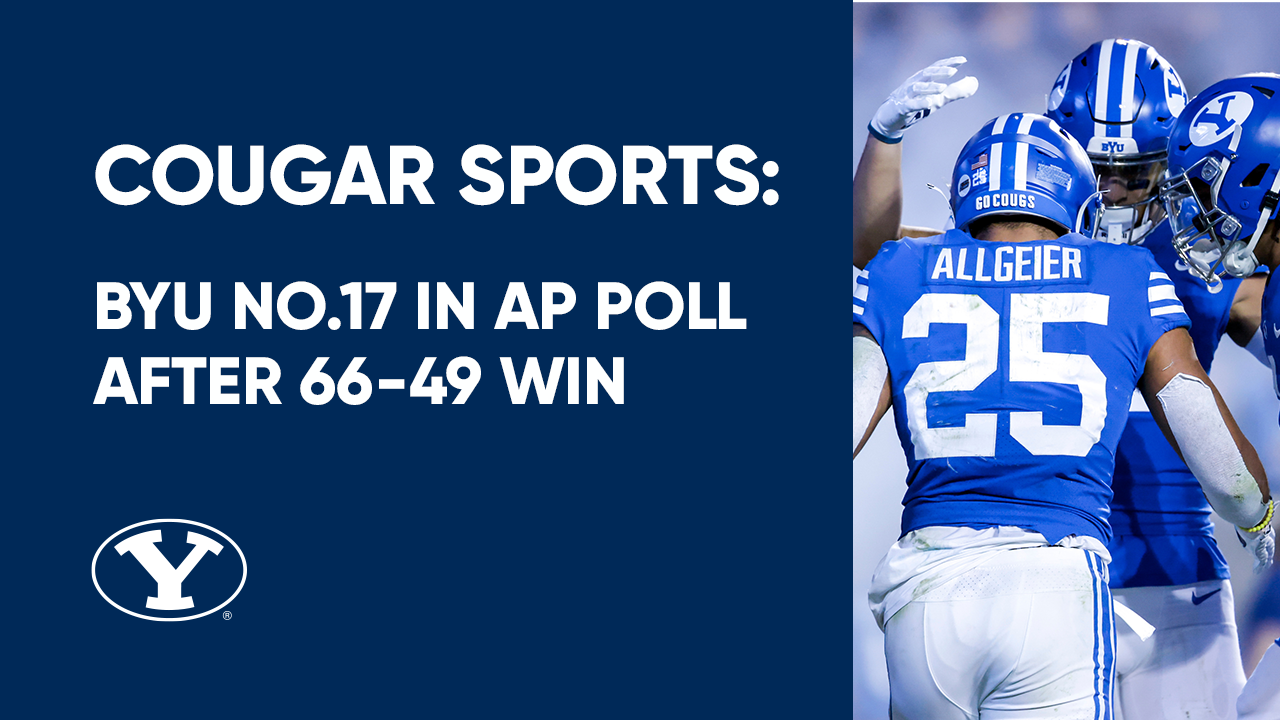 BYU FOOTBALL JUMPS TO NO.17 AFTER WIN AGAINST VIRGINIA

Last weekend’s game was dubbed the “Bronco Bowl” as BYU welcomed back former head coach Bronco Mendenhall. The Cougs took the win against the Virginia Cavaliers, ending the rollercoaster of a night with a score of 66–47. The win elevated BYU to 17th from 25th in the College Football Playoff rankings. Didn’t get a chance to watch the game? Catch up on all the details on After Further Review this week on the BYUtv app.

In career-best performances from Tyler Allgeier and Jaren Hall, the Cougars beat the Cavaliers by 17 points. Tyler Allgeier scored 5 touchdowns for the evening, tying him for BYU’s record of most touchdowns in a game.

The first quarter had BYU fans jumping out of their seats as the Cougs scored 21 points in seven minutes. Allgeier, Hall, and Puka Nacua put the Cougars’ three touchdowns on the board. By the end of the first quarter Virginia had only managed one touchdown. 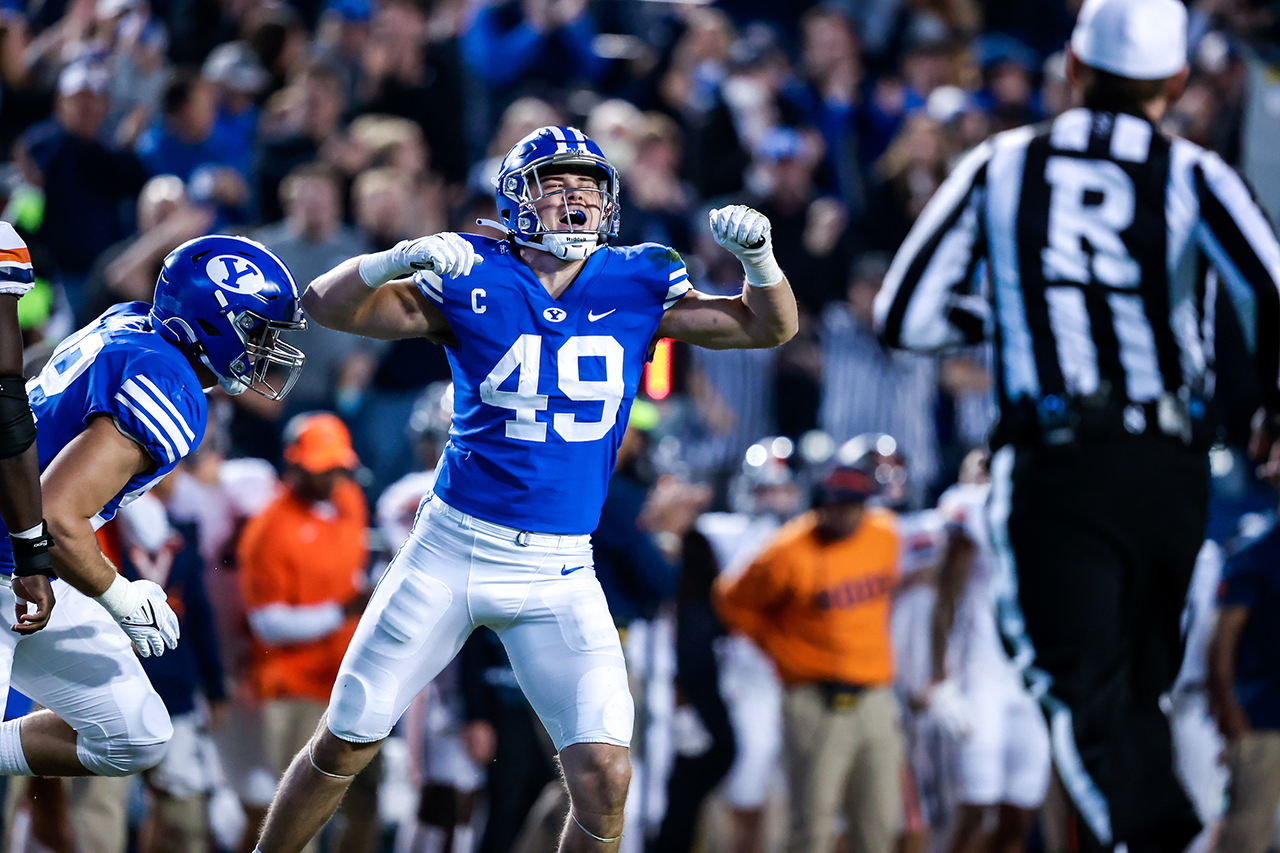 The Cougars lost some momentum in the second quarter as BYU let in five Virginia touchdowns. A touchdown from Allgeier and Samson Nacua, and a field goal from Jake Oldroyd kept the Cougars’ score up, ending the first half at 42–38 in favor of the Cougars.

The second half started out slow but the fourth quarter was one to remember. A recovered forced fumble by Uriah Leiataua gave BYU the ball, giving them the game-winning edge. A pick by linebacker Drew Jensen gave BYU the ball once again, securing the game that ended shortly after at 66–49. Jensen’s interception was one of two by the BYU linebackers for the night. Payton Wilgar secured another interception earlier on in the game, proving the defense’s skill.

BYU will face Idaho State at LaVell Edwards Stadium on Saturday, November 6th at 1:30 p.m. MDT. The game can be watched live on BYUtv.

Last week saw the men’s and women’s basketball teams hold their annual blue vs white scrimmage. The Marriott Center was filled with BYU fans on Thursday and Friday night to preview the Cougs’ skills going into the regular season. The women’s team has been picked to win the WCC Championship this season. The men’s scrimmage on Friday night introduced some new faces to the court, and riled the crowd with a few slam dunks. The regular season starts this week as both teams meet their opponents at the Marriott Center on November 4th. Men’s Basketball will be playing CCU and Women’s Basketball will play Westminster.

In a season first, BYU lost their first conference game on Saturday, as they went head-to-head with Santa Clara. The night ended with a 1–0 score in favor of Santa Clara, the first loss for BYU since September. After the Cougs had been on a high-scoring streak, averaging around 6 goals a game, so the unfortunate loss came as a surprise. BYU will face Portland in an away game on Wednesday, their second to last game of the regular season.

Even though Women’s Soccer lost to Santa Clara over the weekend, Women’s Volleyball continued their winning streak and beat Santa Clara in a home game. The win is the 14th in a row for the Cougs, and has them ranked No.7 in the nation. This week the Cougs have two away games: one at Gonzaga and one in Portland. Volleyball returns to Provo on November 11th and is available to watch live on the BYUtv app.